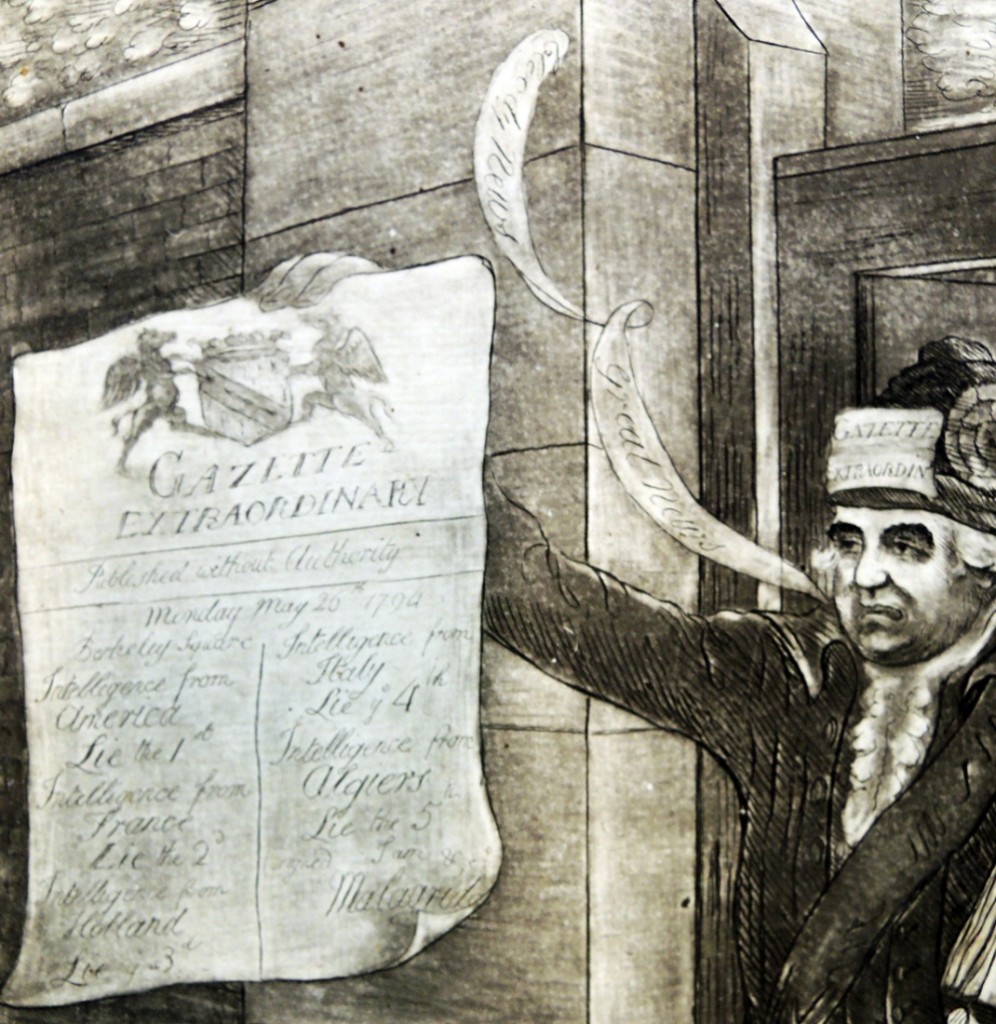 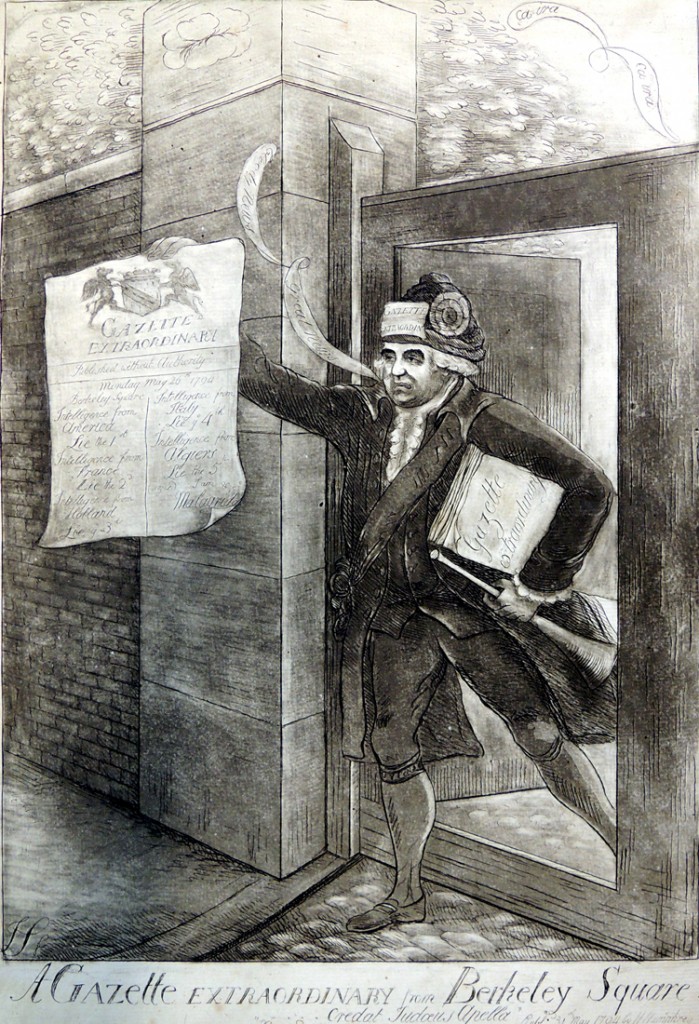 The Gazette is the Official Journal of the United Kingdom, Scotland and Northern Ireland (according to the National Archives of the UK). Originally called The Oxford Gazette, it is the world’s oldest continuously published newspaper and is still published “with Authority,” as it has been since it was established by Charles II.

Here, dressed as a newsboy, is William Petty, 2nd Earl of Shelburne and 1st Marquess of Lansdowne (1737-1805) who served as Prime Minister of Great Britain from 1782–1783. The newspaper he is delivering a Gazette Extraordinary: Published without Authority Monday May 26th 1794 Berkeley Square, with two columns of text beneath: “Intelligence from America Lie the Ist Intelligence from France Lie the 2d Intelligence from Holland Lie ye 3d Intelligence from Italy Lie ye 4th Intelligence from Algiers Lie the 5th [signed] I am &c. Malagrida.”

He calls, “Bloody News Great News” and outside the garden wall other demonstrators are calling “Ça ira Ça ira” (“It will be fine,” the song of the French revolution)

Dorothy George notes that the sheet represented Lansdowne as “denying all reports of British successes (news of the capture of Martinique reached London on 21 Apr. of St. Lucia on 16 May). On 23 May news of the Duke of York’s defeat at Turcoing-Roubaix reached London, on 25 May a supplementary dispatch from the Duke of York announcing the repulse of a French attack was published in a ‘Gazette Extraordinary’. On 30 May Lansdowne, speaking on Bedford’s motion for putting an end to the war, maintained that the allied armies were unable to subjugate France.”