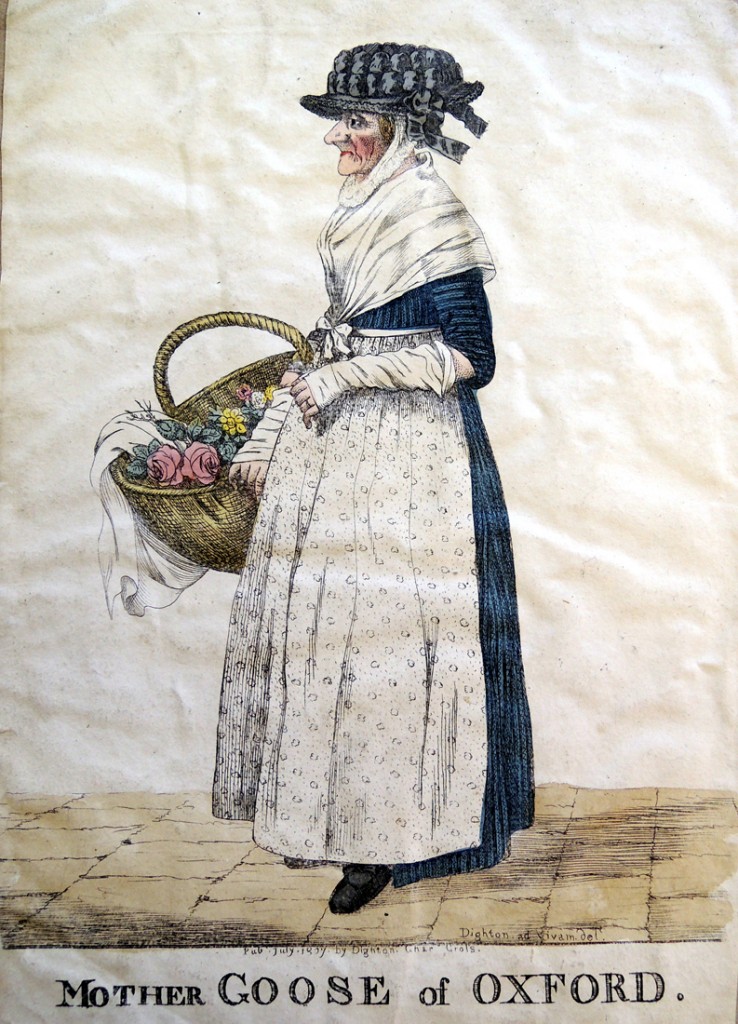 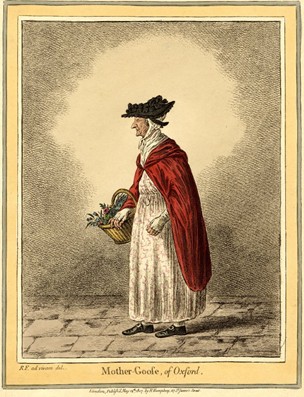 There is a line in the DNB’s biography of the artist Robert Dighton (1751–1814) that leaves the reader hanging. “In 1806 it was discovered that since 1798 Dighton had been regularly stealing prints from the British Museum.” It makes you wonder about his print of Rebecca Howse (1737-1818), who the students affectionately called Flora. She was a familiar figure to them on the streets of Oxford, blind but able to make a living selling flowers.

On May 12th 1807, the caricaturist James Gillray (1756-1815) published a portrait of Howse, selling her flowers (left). A little over a month later, Dighton came out with a similar print of Howse, seen above from the Graphic Arts Collection. Curiously, Dighton has rarely been held accountable for either his thefts or his pirated images.

This is elaborated on by Heatons, antique dealers in Tisbury, “In 1806 the British Museum discovered that Dighton had been stealing prints from their print room and selling them on the open market. An art dealer by the name of Samuel Woodburn had purchased a copy of Rembrandt’s “Coach Landscape” from Dighton for twelve guineas. Supposing it may be a copy, Woodburn took the print to the British Museum to compare it with their impression; upon which he discovered that their copy was missing. Upon investigation Dighton confessed that he befriended the museum officials by drawing portraits of them when he visited the museum. This relationship allowed him the freedom to steal prints from the print room and remove them from the museum in his portfolio. He then proceeded to supplement his artists’ income by selling the pilfered items to the art trade.” http://www.heatons-of-tisbury.co.uk/dighton2.html

Here are a few more Oxford figures by Dighton in the Graphic Arts Collection. 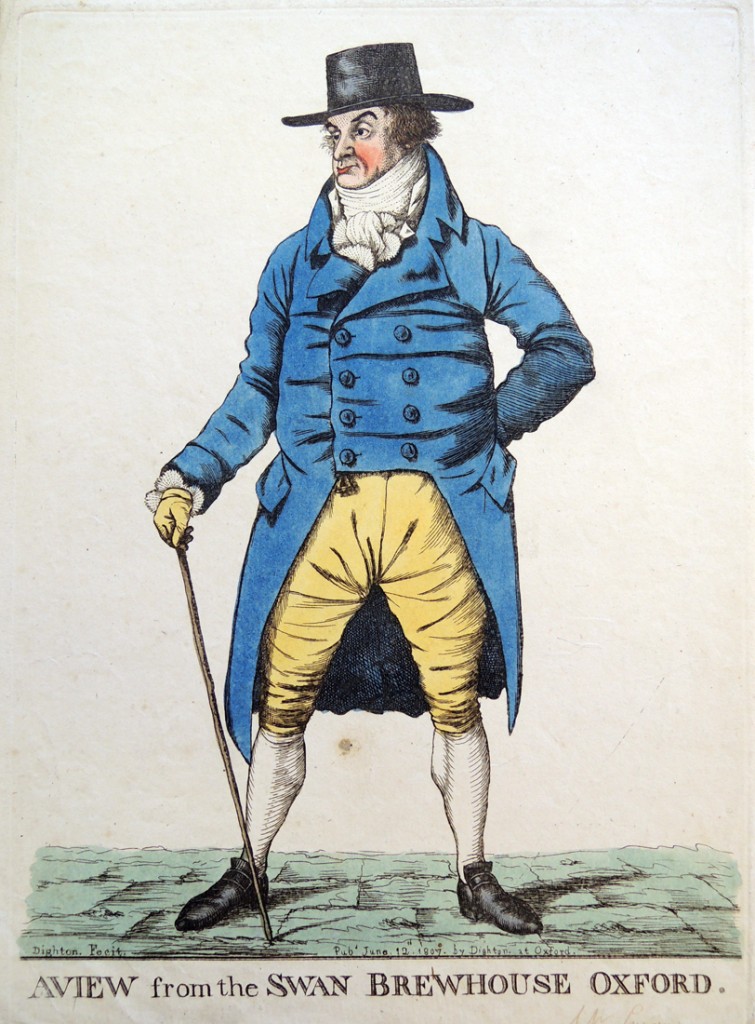 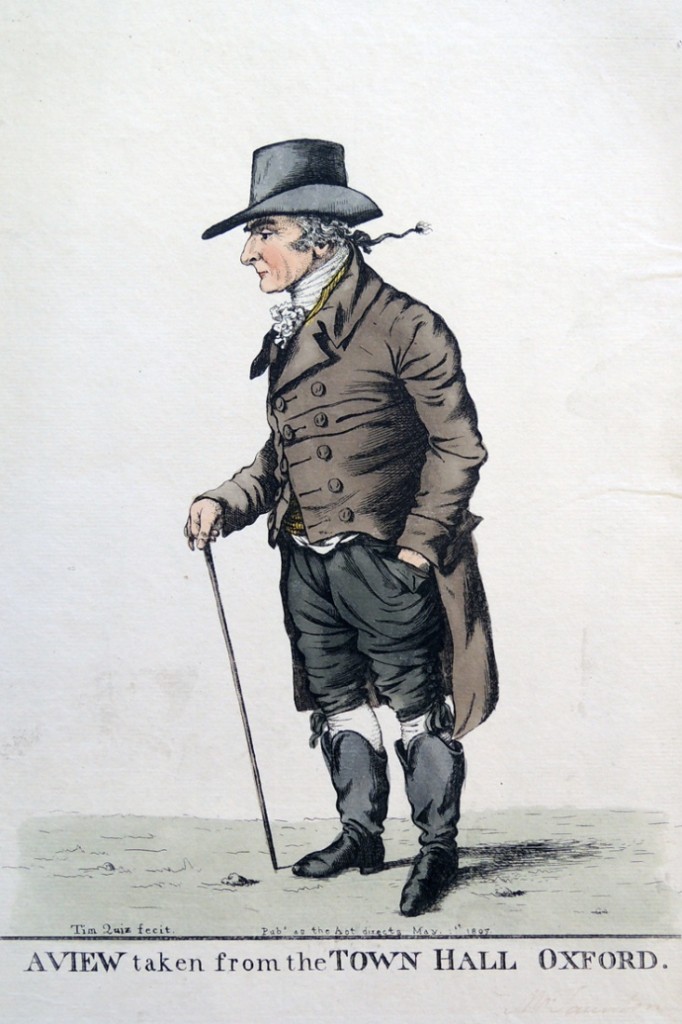 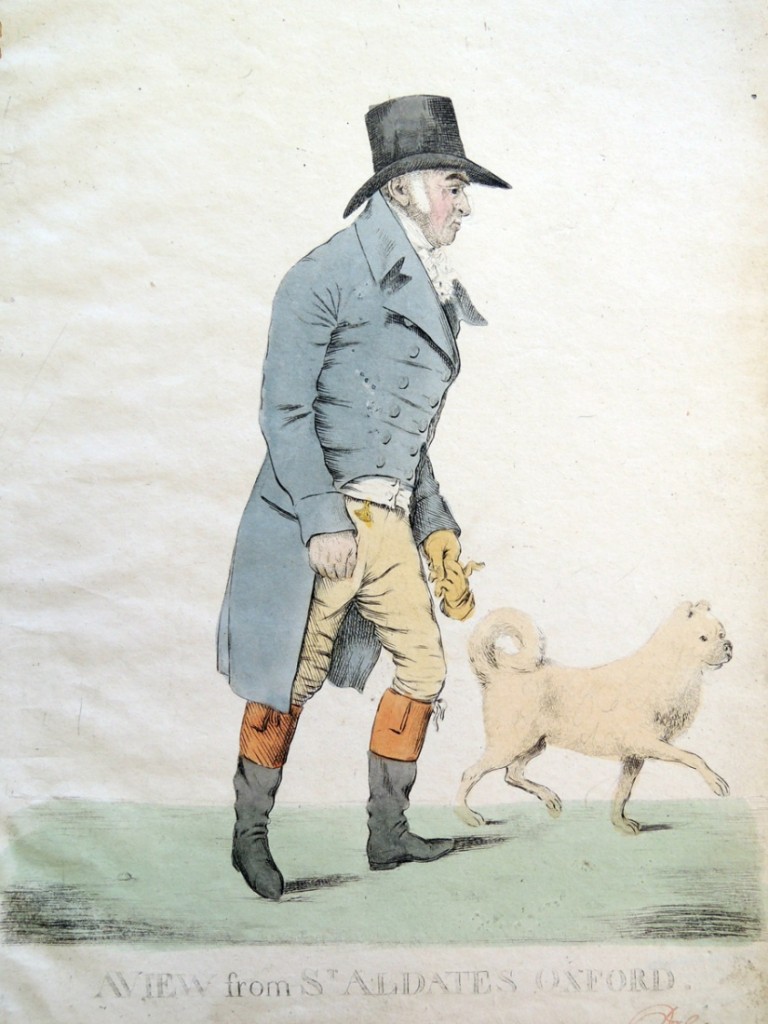 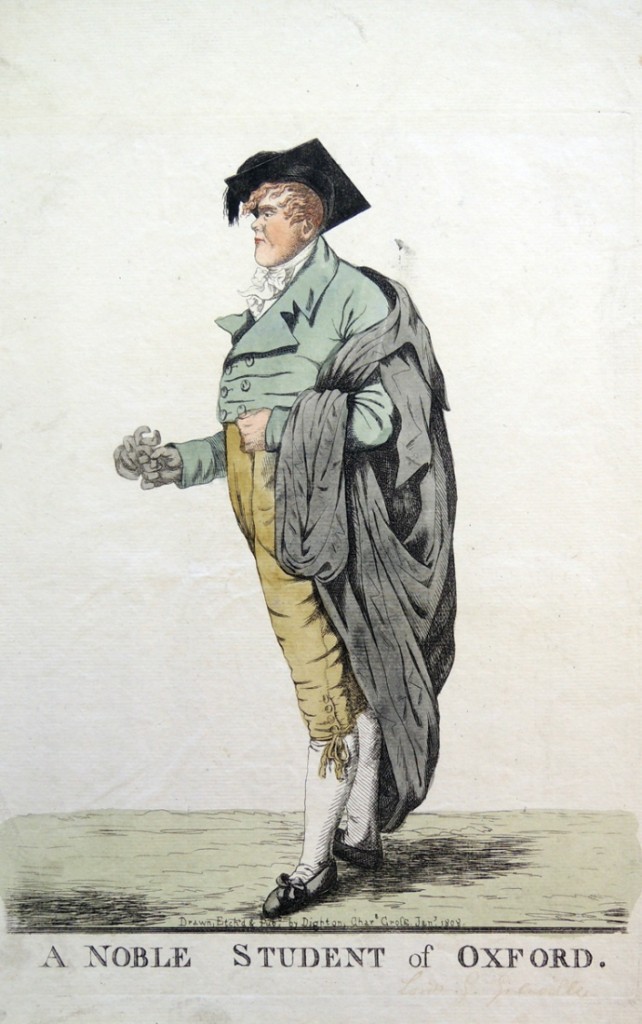 To read more about the artist, see: