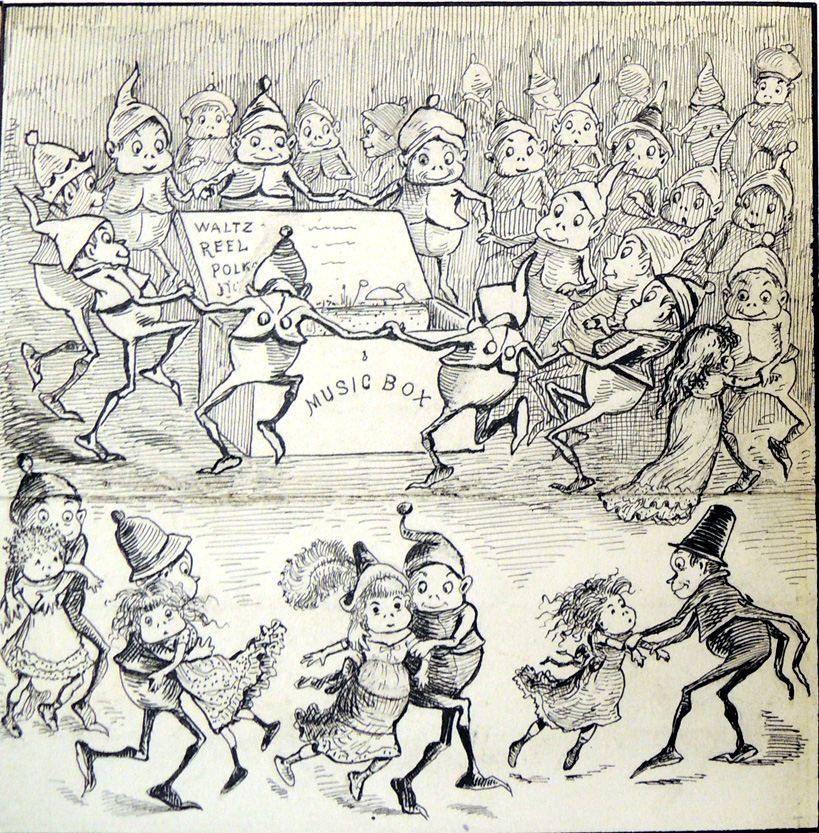 The Canadian illustrator Palmer Cox began drawing Brownies for a February 1883 issue of St. Nicholas magazine. By 1895 there was a Brownies theme song with illustrated sheet music and by 1900 the pixies were so popular that Kodak named its new camera after them.

Cox published seventeen books using these characters, beginning with The Brownies, Their Book, the same year as this drawing. He wrote and drew for St. Nicholas, Harper’s Young People, Ladies’ Home Journal, Scribner’s Monthly, and many others but it is his Brownies for which he is best remembered.

The Brownies in Successful Return Engagement by Rebecca Deming Moore. “Every once in a while a new race of beings is discovered by some intrepid explorer, into the realm of fancy. The scantily attired Kewpies, the rolypoly Happifats, the Goops, those horrible examples of infant depravity, have come, been seen, and conquered. Brownies, to be sure, had existed for ages, but not until Palmer Cox came along to act as their publicity agent were they widely introduced to a public of little folk.

Palmer Cox took some liberties with these little creatures who, according to tradition, obligingly did the farmer’s chores, if only a bowl of milk were left out for their consumption. He gave them nationality, to wit: the Chinaman, the Indian, the Irishman. He gave them occupation: the sailor, the policeman and so on. But he did not rob them of their original virtues. Palmer Cox’s Brownies have always been the maddest and merriest of small beings, but ever in the front ranks when some kind act needed doing.

If one were statistically inclined, it would be interesting to estimate just how many little fingers have felt their way over Palmer Cox’s pictures and how many little squeals have followed of “There’s the dude,” “I’ve found Uncle Sam,” etc. For there have been thirteen Palmer Cox Brownie books, all told, dating back to 1887 . . . Indeed, there be a few people who were not brought up on Palmer Cox’s Brownies.” — The Publishers Weekly 94, Pt.1 (F. Leypoldt, 1918). 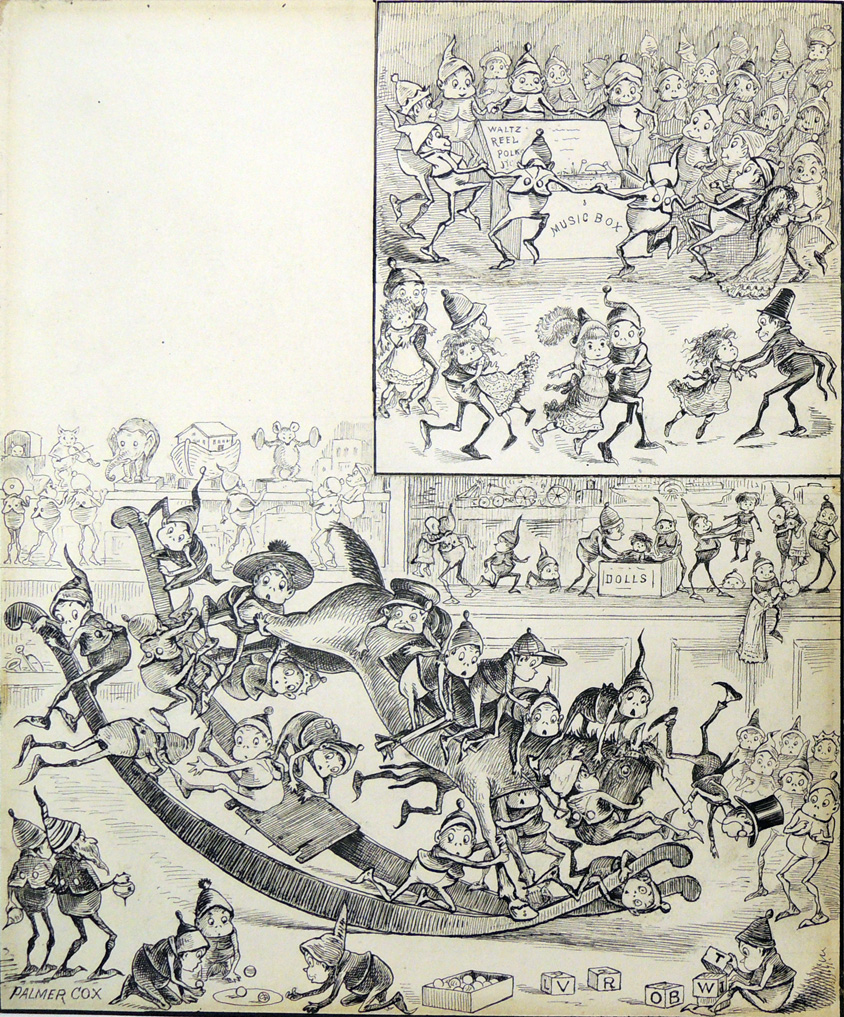