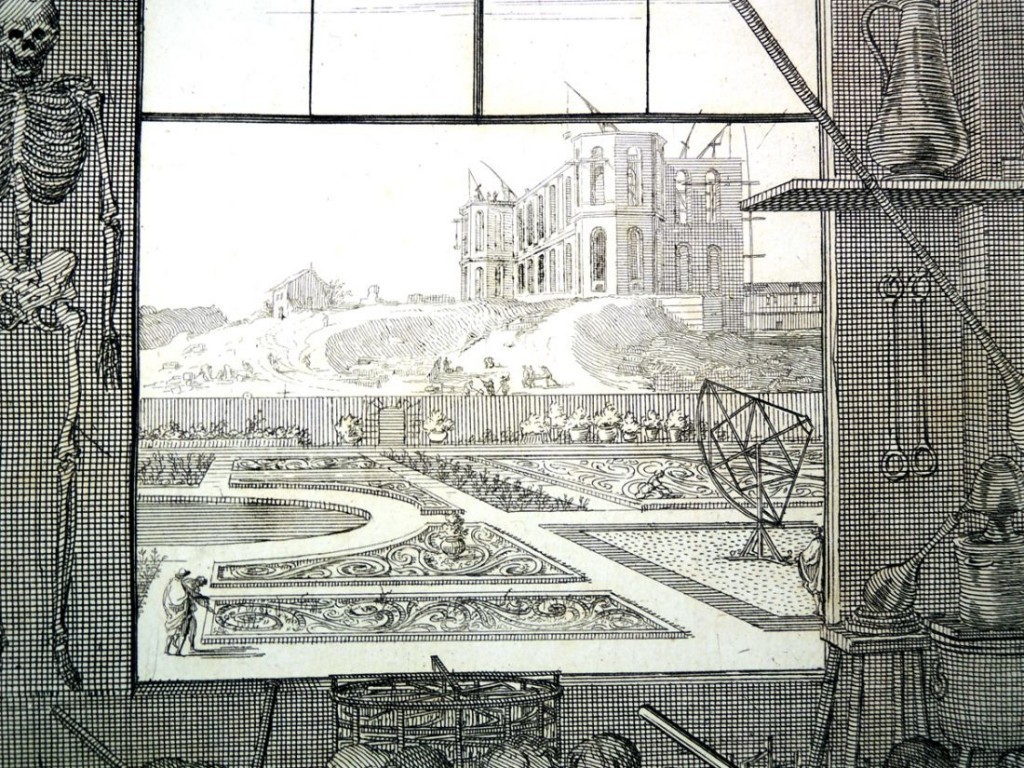 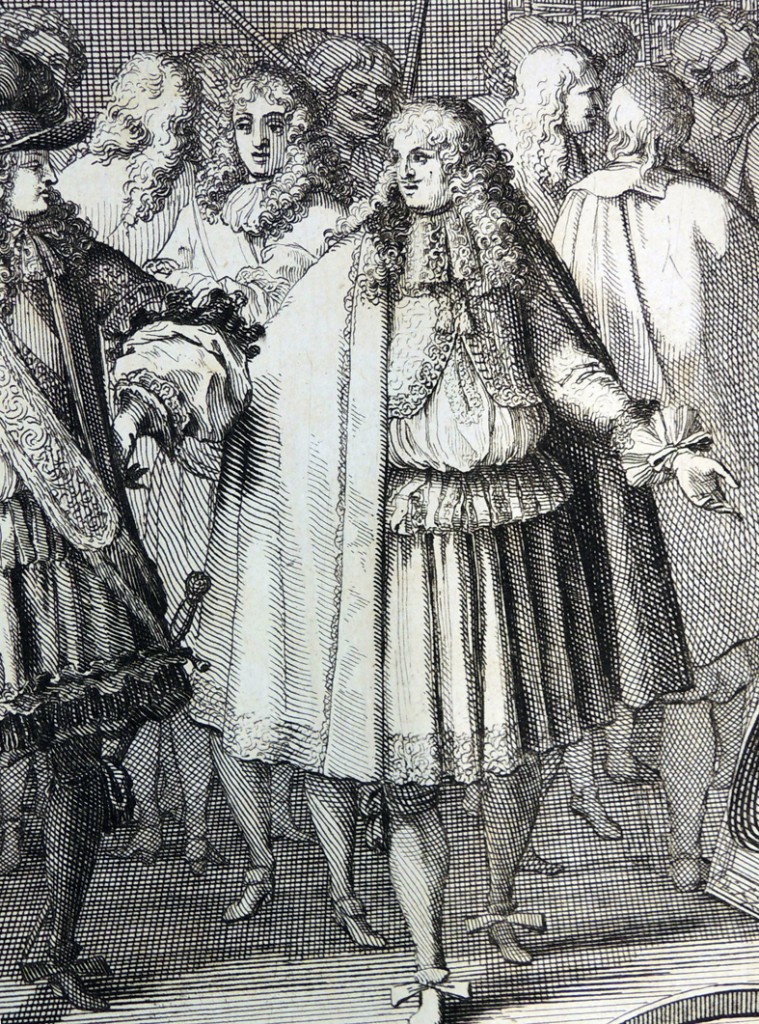 In this fictitious scene, Louis XIV is visiting the Royal Academy of Sciences, where a group of academicians are gathered to watch the dissection of a fox.

The engraving is posted in conjunction with an exhibition being organized for the main gallery of Firestone Library, Princeton University, to coincides with the tercentenary of the death of Louis XIV (1638-1715). Versailles on Paper: A Graphic Panorama of the Palace and Gardens of Louis XIV opens on February 13 and runs through July 19, 2015. 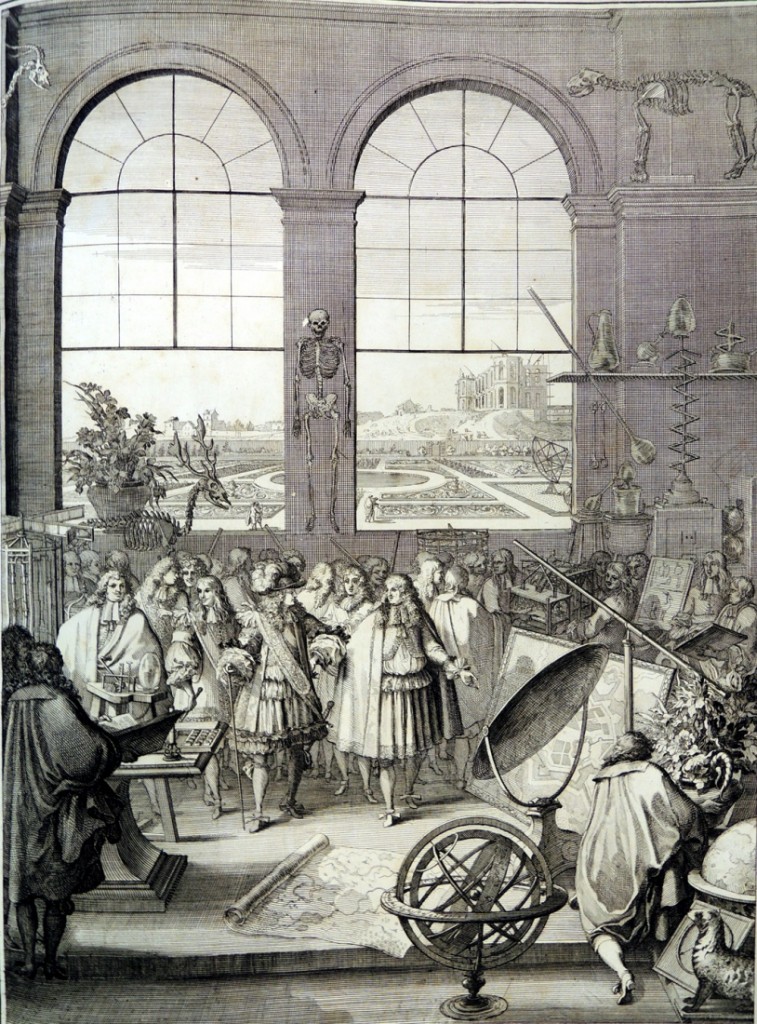 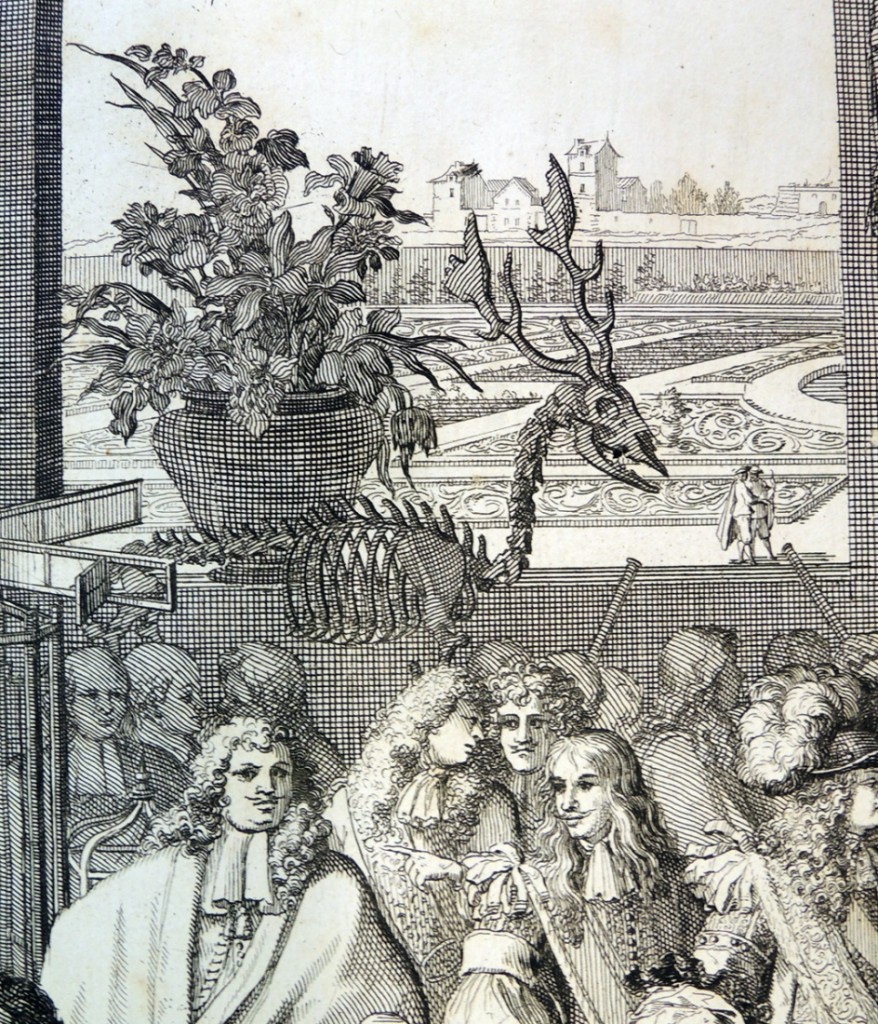 “In 1671 and 1676,” writes Anita Guerrini, “the royal printing office in Paris published two volumes of a sumptuous elephant folio titled Mémoires pour servir à l’histoire naturelle des animaux. Emblazoned with a large royal emblem encompassing a crown, scallop shells, and fleurs-de-lis proclaiming the volumes to be a product of royal patronage, the 1671 title page named no author, although the 1676 volume did name the physician and architect Claude Perrault as ‘compiler.’ The books were printed on fine paper and were illustrated with numerous engravings by Sébastien LeClerc, one of the best known of Louis XIV’s stable of court artists and engravers.”

“…The volumes were obviously meant to showcase Louis XIV’s patronage of the sciences and perhaps also to guarantee its continuation; the front matter included an illustration of a visit of the king to the Paris Academy of Sciences—a visit that had not yet taken place at the time of publication.”

“The project was one of several of the Paris Academy of Sciences, founded in 1666 by Louis XIV’s minister Jean-Baptiste Colbert and supported by the crown. Early in 1667, Claude Perrault announced a project of “anatomical observation” at one of the first meetings of the academy.”–Anita Guerrini, “The ‘Virtual Menagerie’: The Histoire des animaux Project,” Configurations 14, no. 1-2 (winter/spring 2006): 29-41 (Firestone PN55 .C66)