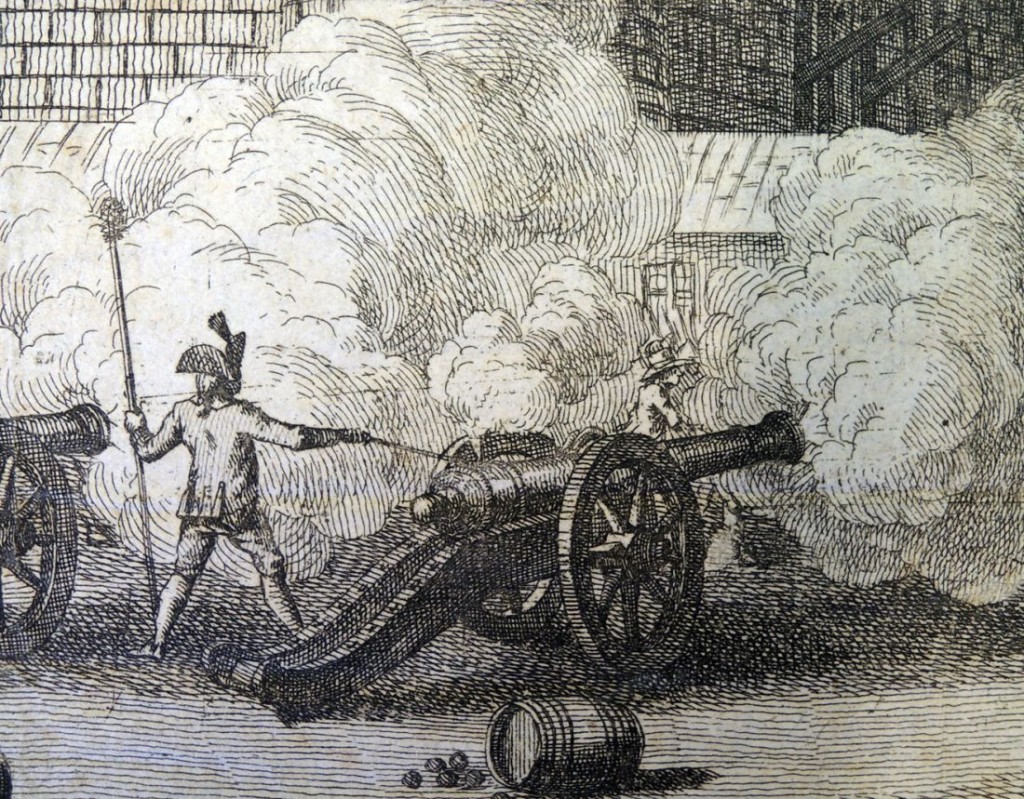 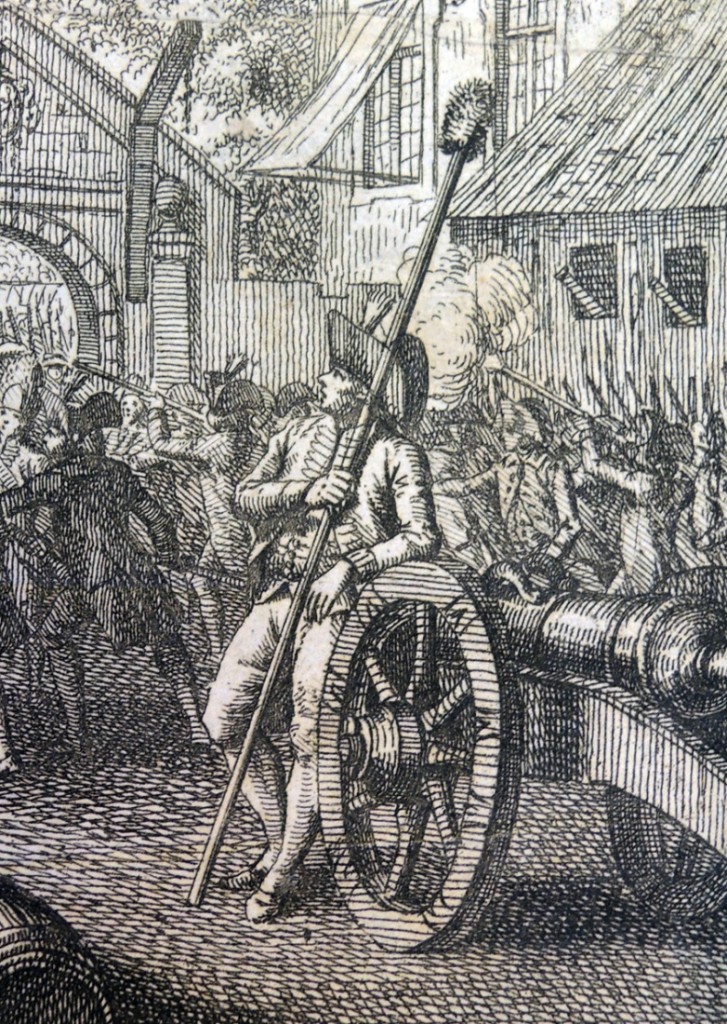 In a few weeks, we will celebrate Bastille Day or La Fête Nationale, commemorating the storming of the Bastille on July 14, 1789. This print depicts the French guard firing their cannons, although one soldier seems to be daydreaming at the far right.

Governor de Launay (1740-1789) is being taken prisoner as his house is set on fire. Within a few hours, he will be killed and his head carried through the streets on a pike. 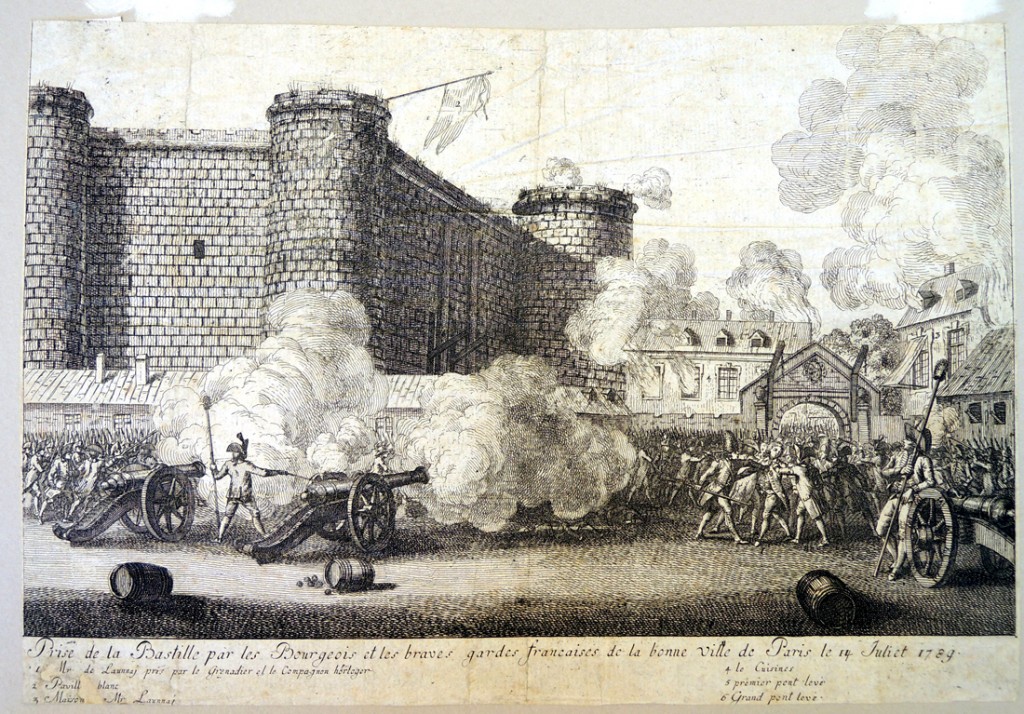