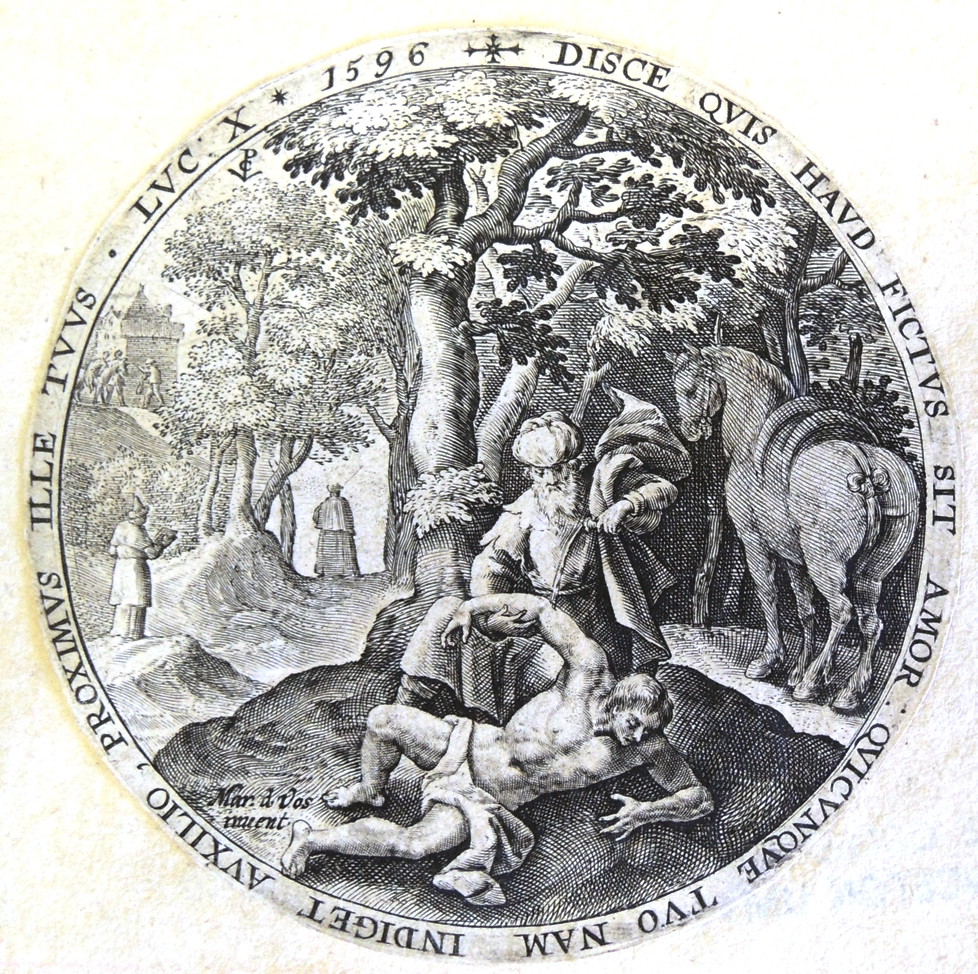 The Dutch printmaker Crispijn de Passe, the elder (ca.1565-1637) engraved a series of Christian parables under the series title Parabolarum Evangelicarum Typi Elegantissimi A Crispiano Passaeo Designati Et Expressi (Gospel Parables Elegantly Reproduced by Crispijn de Passe). The sheet above recounts the lesson of the good Samaritan from the book of Luke, chapter 10, Love your neighbor as yourself.

Flemish artist Maarten de Vos (1532-1603), whose wife was de Passes’s wife’s aunt, drew the original designs including a title page and nine circular plates (Hollstein 93-104). A Latin verse surrounds each scene, for example the title page text comes from Matthew, chapter four: Qui respondens dixit: Scriptum est: Non in solo pane vivit homo, sed in omni verbo, quod procedit de ore Dei. (But he answered and said, It is written, Not in bread alone doth man live, but by every word that proceedeth out of the mouth of God.) 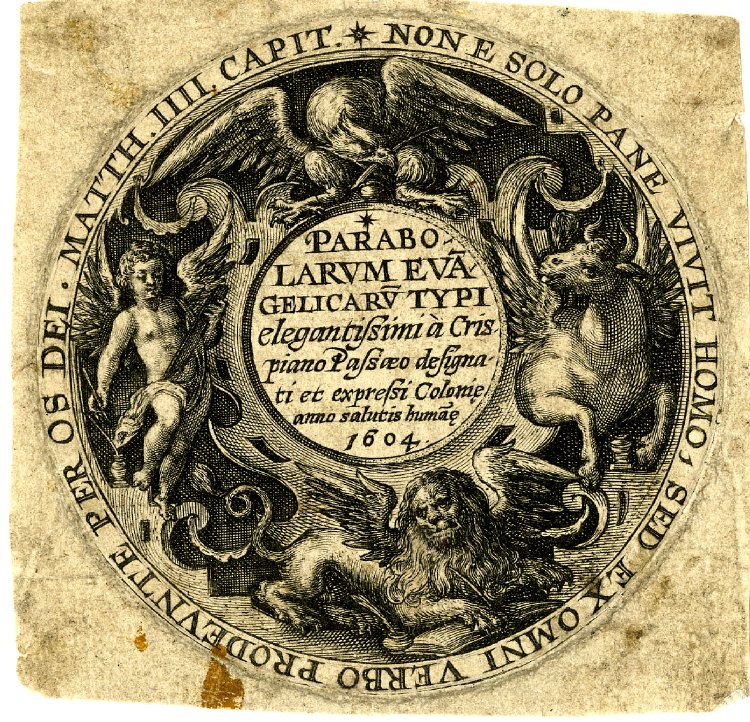 Created over a number of years, the series was finally published by de Passe in Cologne, where his family settled after being expelled from Antwerp. It’s unfortunate this came less than a year after the death of de Vos. He also published series of engraved roundels for The Twelve Months, The Ages of Man, The Muses, and several others.