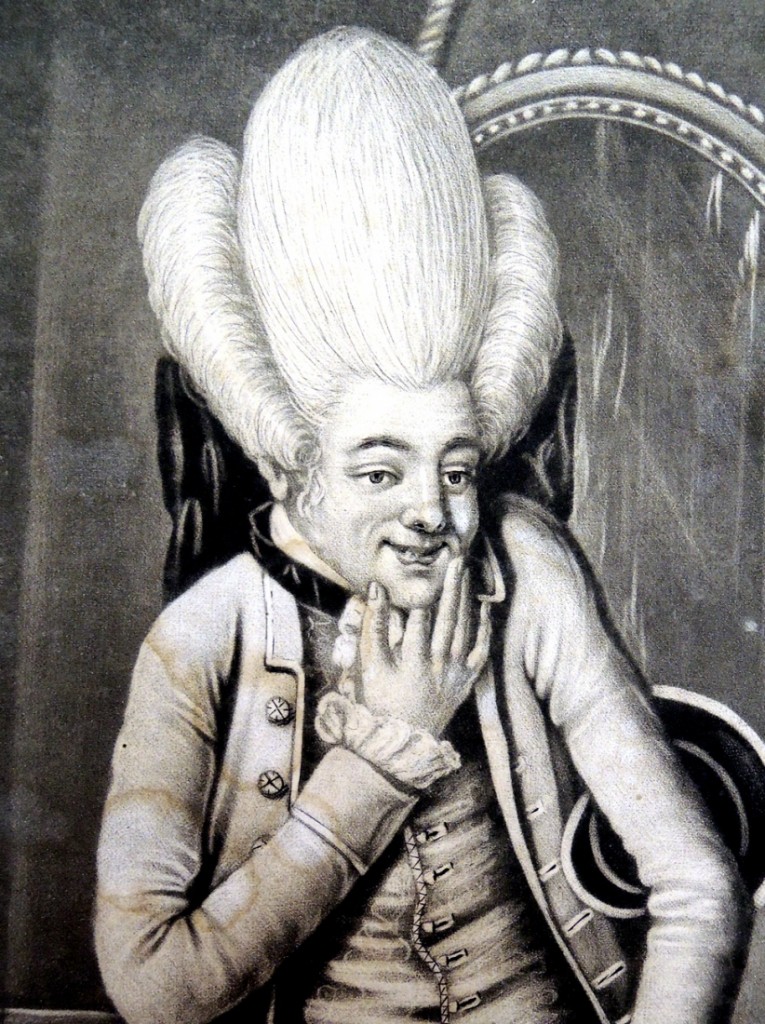 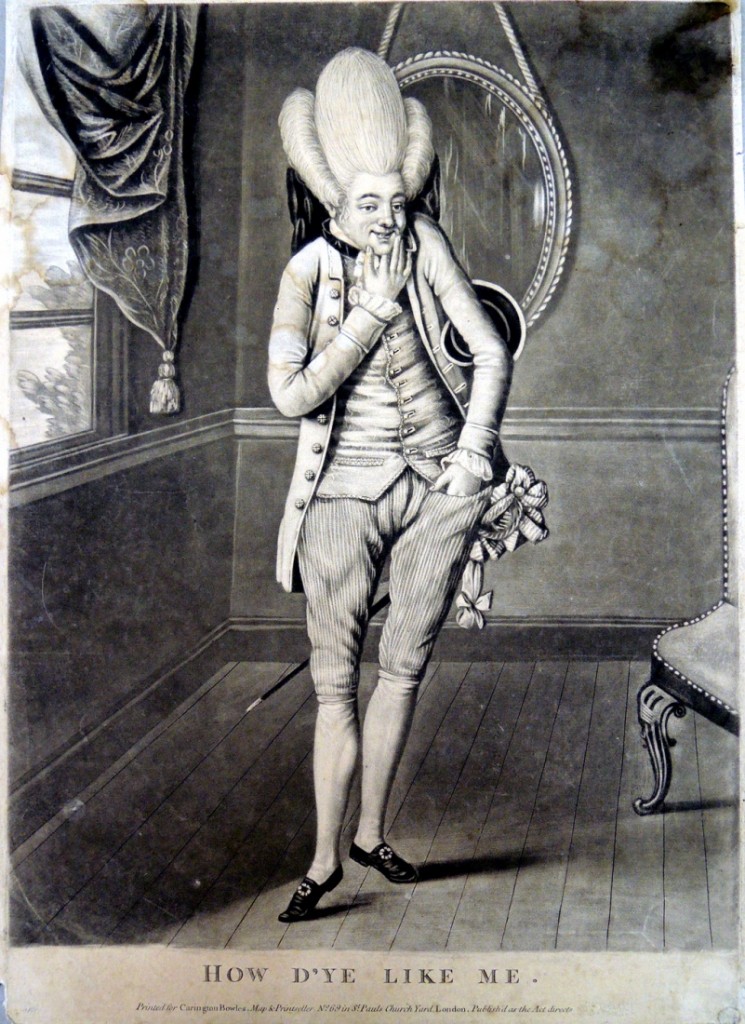 “The mezzotint droll [was] generally sold for a shilling plain, two shillings coloured. Drolls were usually non-political, exploiting amusing social situations, such as the pretensions of the city nouveau riche, rather than topical events.”

“The market for comic mezzotints, based on plates which often remained in print for decades, was dominated by relatively few firms, such as that of Carington Bowles, whose shop front is shown in a number of prints….”

“Many of these prints were engraved on copper plates measuring fourteen by ten inches and could if required be easily fitted into frames of a standard size.” – David S. Alexander, Richard Newton and English Caricature in the 1790s (Manchester University Press, 1998) 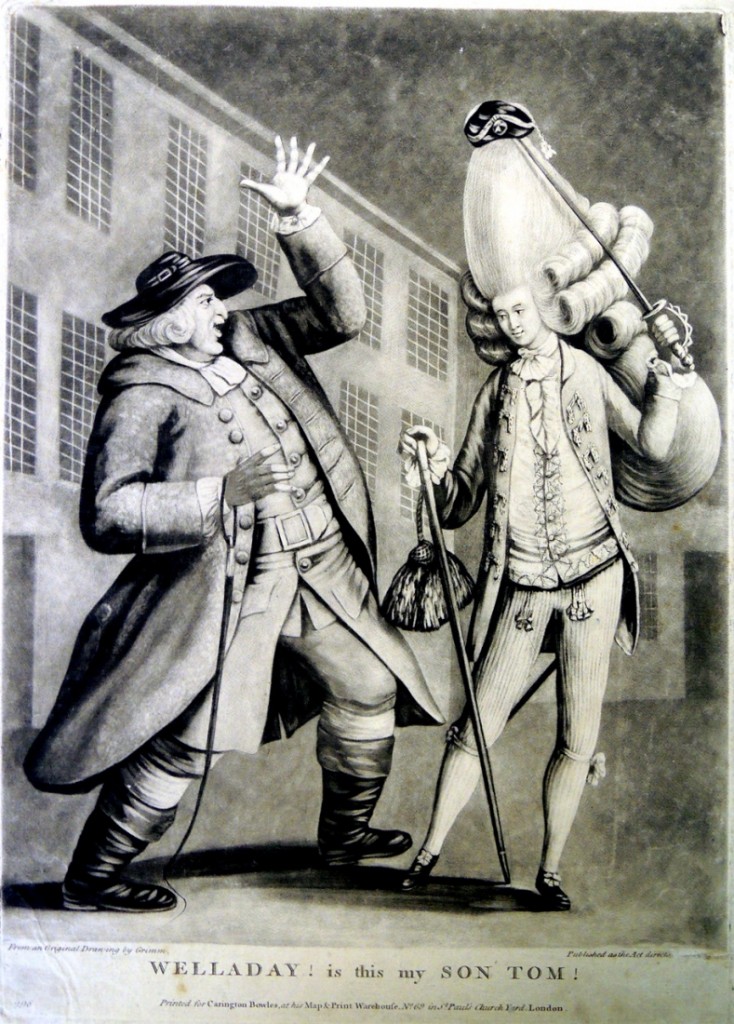 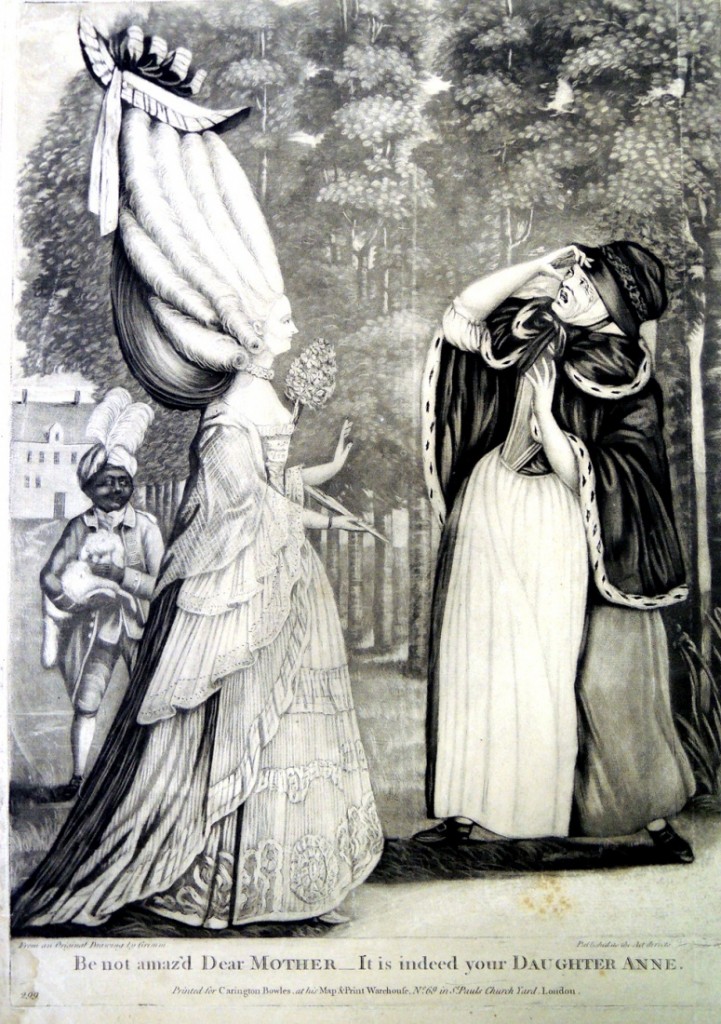 This pair of droll mezzotints were both published by Carington Bowles, from his shop at St Paul’s Church Yard. The droll prints were all made the same size, so they could fit in the same frame. See his shop window below. 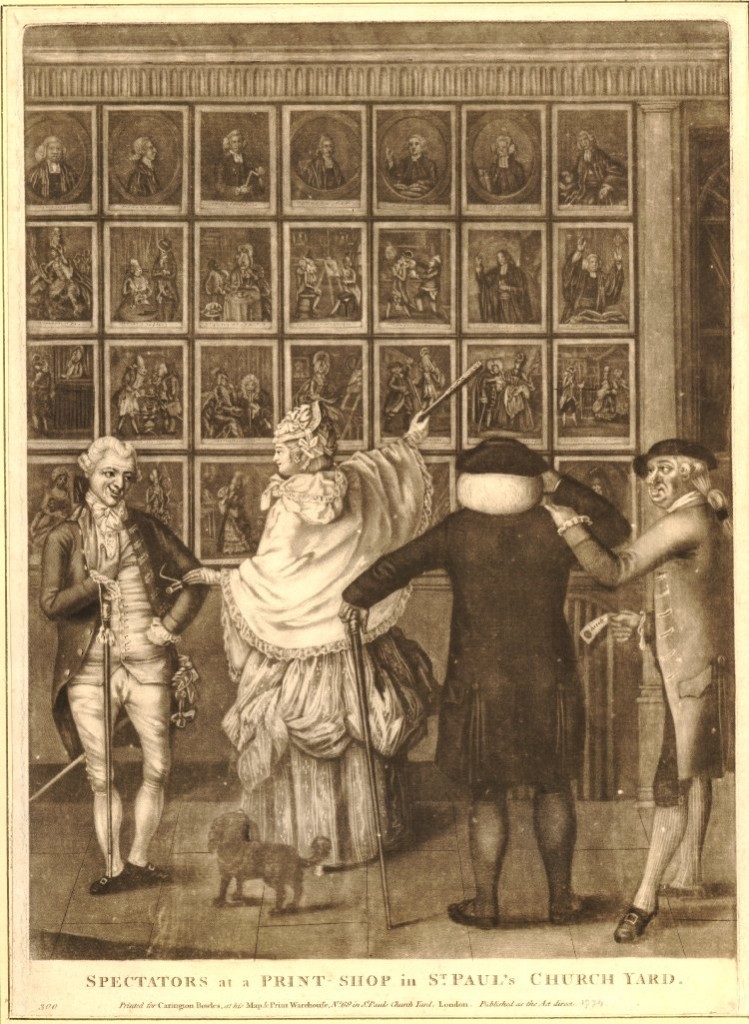 1 thought on “How d’ye like me? A droll mezzotint”