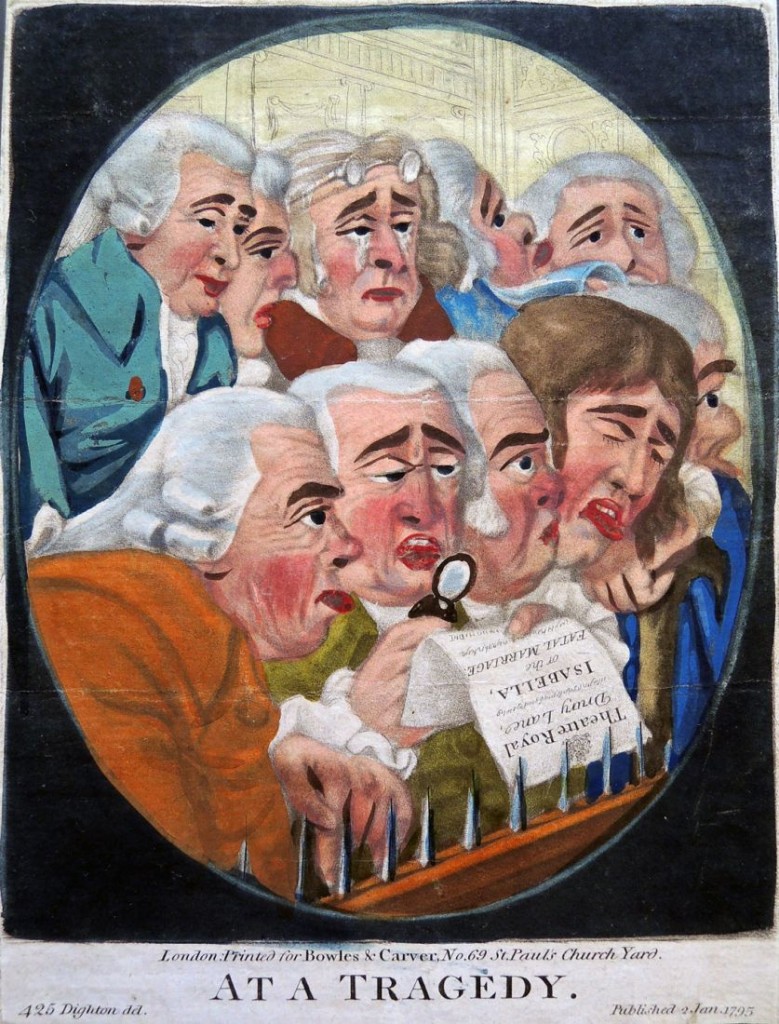 The English droll mezzotint (also pictured https://graphicarts.princeton.edu/2014/06/27/how-dye-like-me-a-droll-mezzotint/) was typically 14 x 10 inches (35.56 x 25.4 cm.). However, the popularity of the satirical images was so great, that variations were produced both with and without the artists’ knowledge.

The Graphic Arts Collection recently acquired a group of drolls in odd sizes, some with rather garish hand coloring. Two are published by the artist John Fairburn (active 1793-1843). The rest are printed anonymously for Bowles & Carver, Laurie & Whittle, and a few of the earliest for Carington Bowles (1724-1793). The Catalogue of 18th-Century British Mezzotint Satires in North American Collections describes the various shops as follows: “Robert Sayer became active as a printseller in his twenties as early as the late 1740s. Over the decades he built up his stock of copper plates by taking over others’ inventories, first Philip Overton, then James McArdell when he died in 1765. He formed a brief partnership with John Bennett from around 1774 to 1785, then operated alone again through 1793. At his death in February 1794 the firm and Sayer’s stock of plates were taken over by Laurie & Whittle. The Bowles family had been printsellers since the late 1600s with Carington Bowles representing the third generation. He worked with his father John Bowles (1701-1779) until 1763 when he took over the firm vacated by his aging uncle, Thomas Bowles (1695-1767), which he lead for thirty years. At his death in 1793, Carington Bowles’ business passed to his son under a partnership, Bowles & Carver.” http://legacy.lclark.edu/~jhart/home.html#home.html

For more about the print and book sellers, see, www.bbti.bham.ac.uk