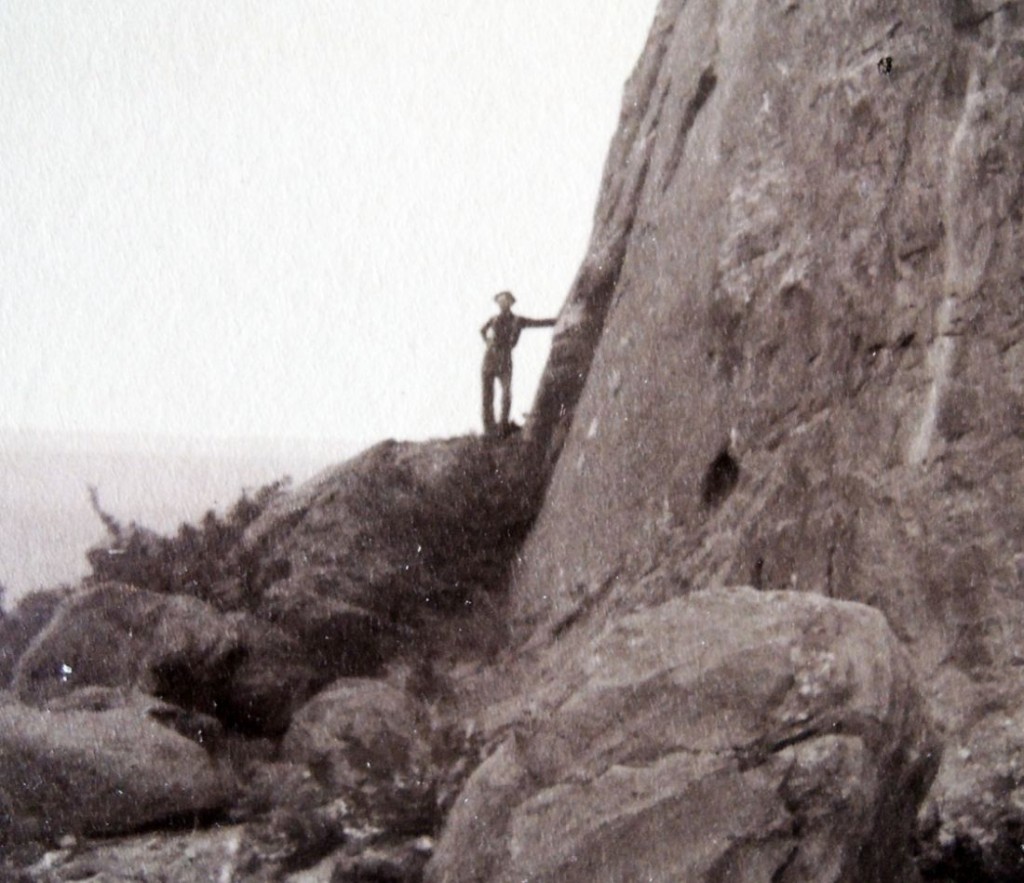 William Henry Jackson, getting into his own picture. See the left side of the mountain below. 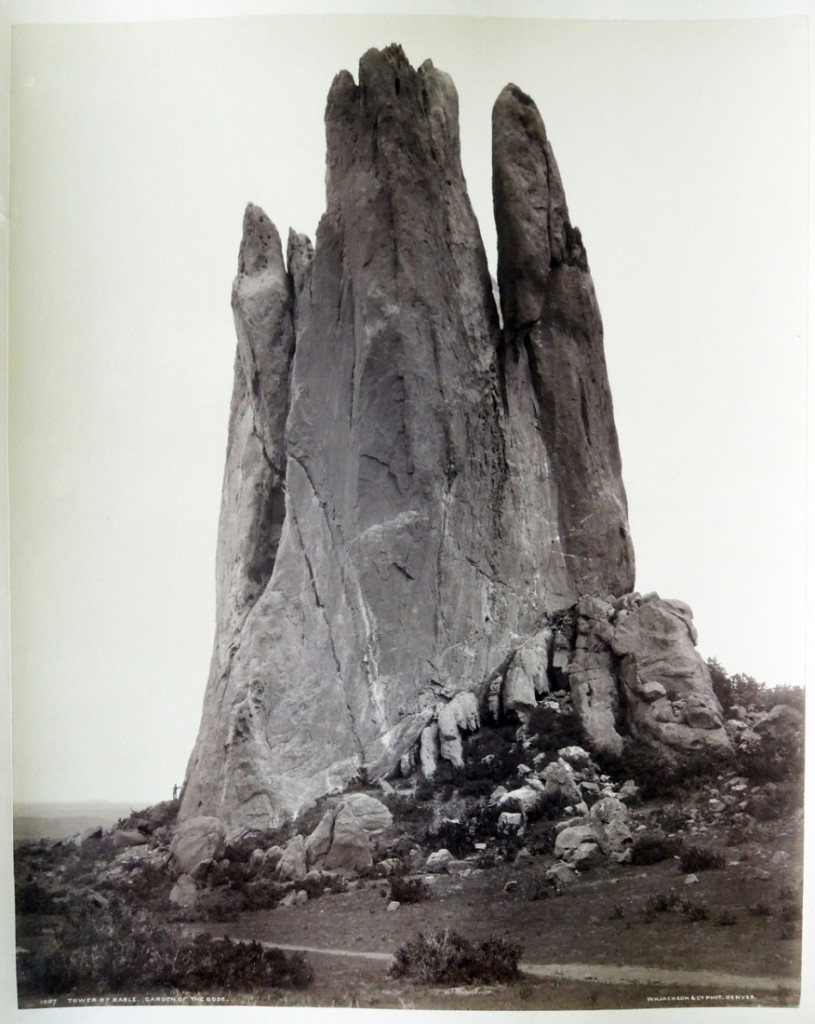 Thanks to the invitation of Professor Ferdinand Vandiveer Hayden, photographer William Jackson traveled to the American west with the U.S. Geological and Geographical Survey expedition and from 1870 to 1878 made thousands of photographic negatives. In 1879, he settled in Denver and opened a studio to print and sell his images in a variety of formats, large and small. Most of his prints are generally dated between 1879 when he finished traveling and 1897 when he merged with the Detroit Photographic Company and stopped printing his own work.

The image above is no. 1007. “View of a sandstone rock formation identified as the Tower of Babel, the Garden of the Gods, Colorado Springs (El Paso County), Colorado”. The albumen print was contact printed from a mammoth glass plate negative. 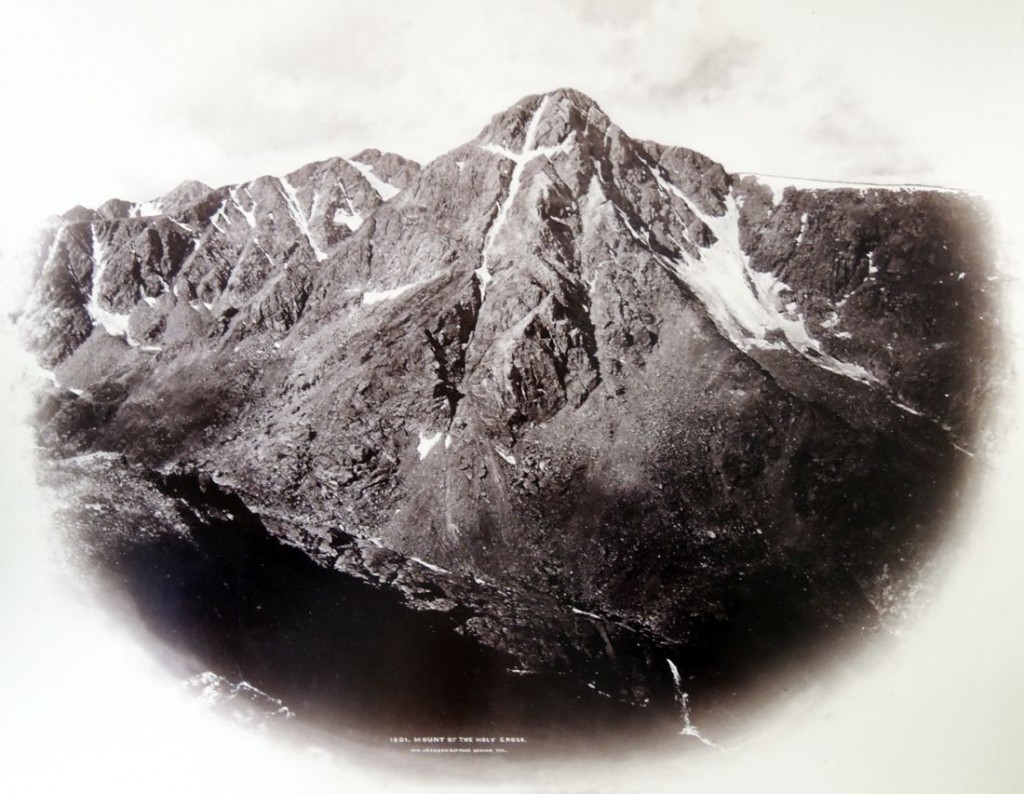 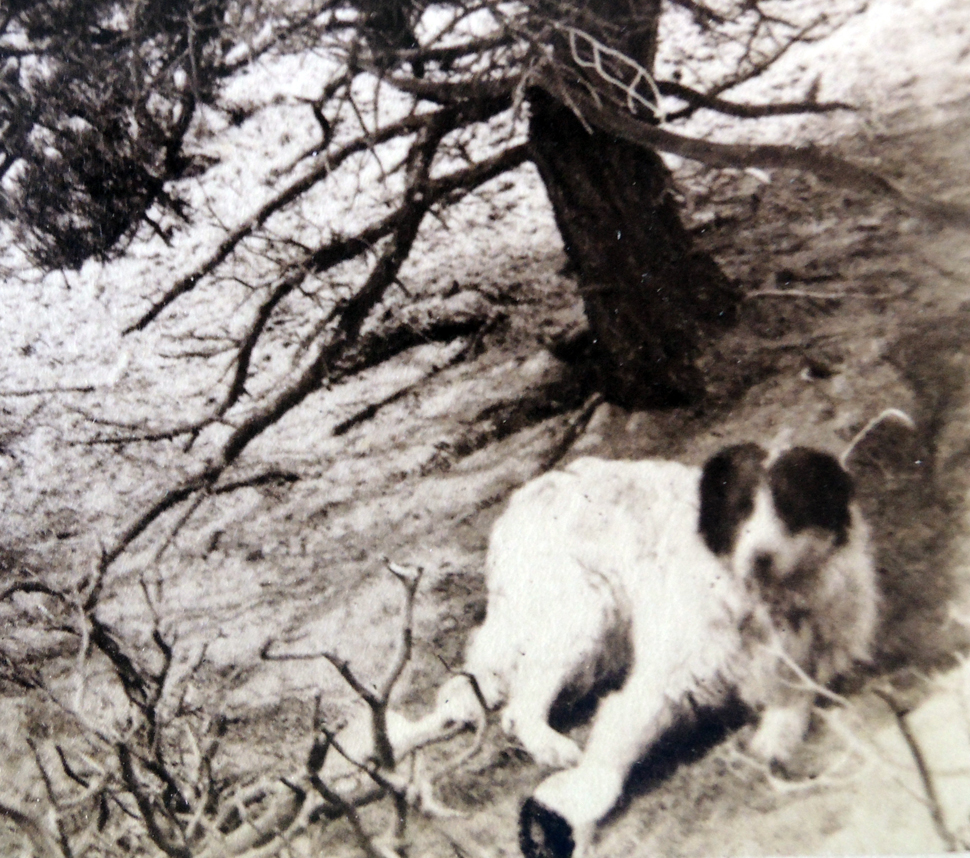 Jackson’s dog also getting into the photograph. See bottom right corner below. 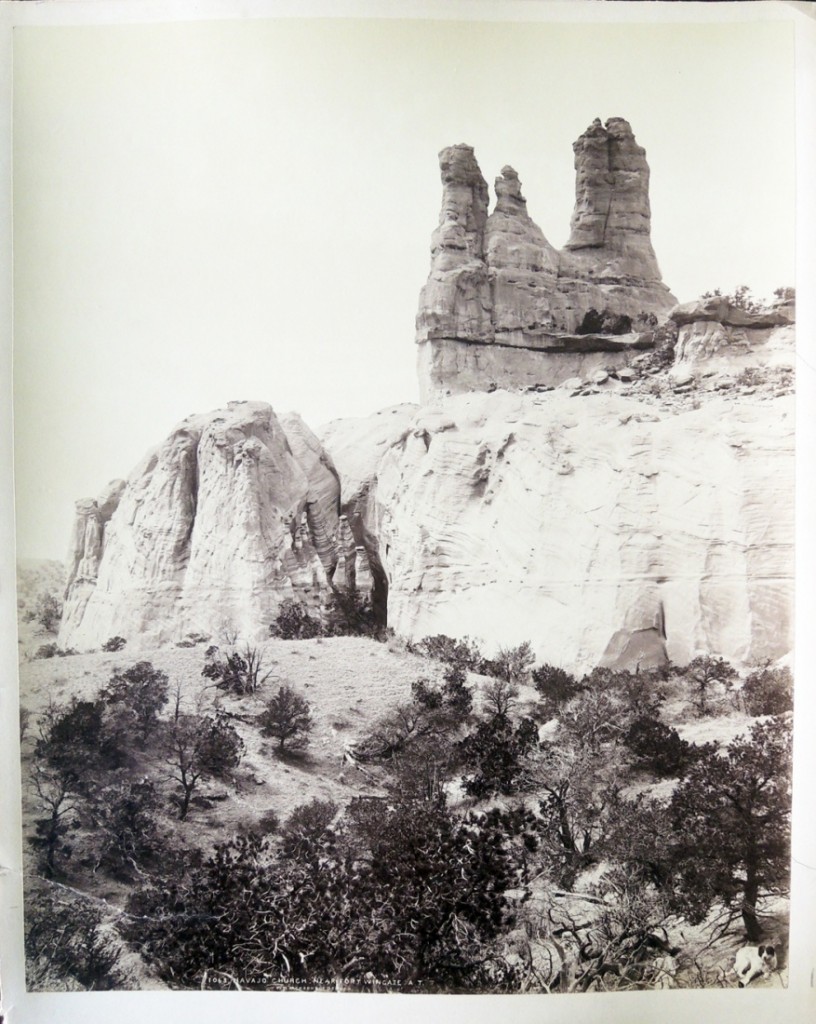 This is no. 1063 in Jackson’s sales catalogue, “A view of Navajo Church, a sandstone rock formation near Fort Wingate on the Navajo Indian Reservation in the Arizona Territory (New Mexico)”. We are fortunate to have a rare print of this view, which has not been cropped or printed with a vignette to remove the dog in the lower corner. (Note, the photograph is not over-exposed as this reproduction seems, just my own poor re-photographing.)