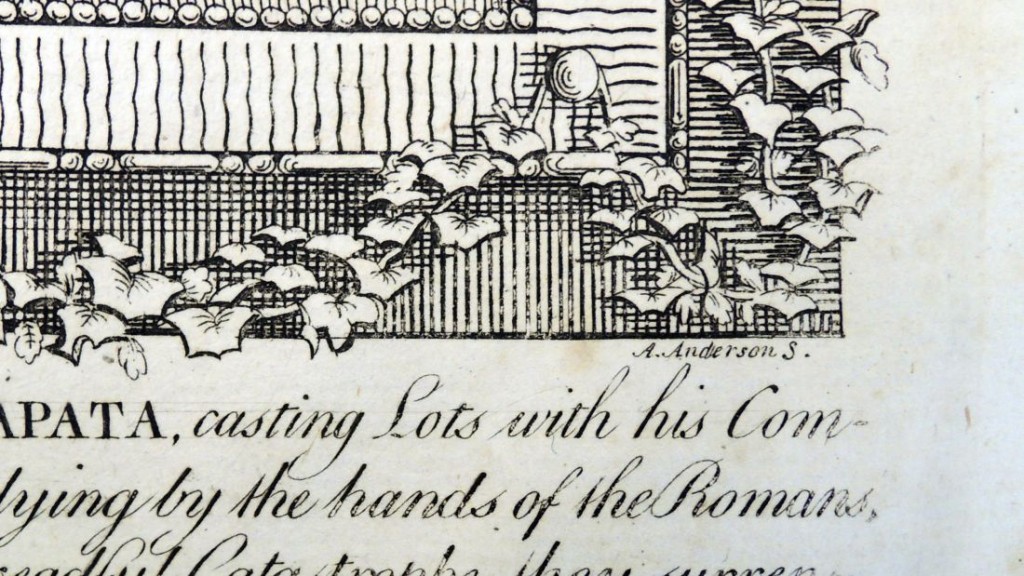 “[January] 2d Last night I got up and began to kindle a Fire, when thinking it might be too early I went up to Papa’s room and look’d at his watch, found it to be about half past 1, at which discovery I undress’d and went to bed again–Rose in the Morning about 6, as soon as ’twas light enough, engrav’d at Hicks’s Compass Plate–In my way to the Doctor’s call’d upon Mr Durell and got 16/ of him–spent some time in kindling a fire in the Shop; read in Cullen’s Practice–At noon engrav’d–went to Mr Parr’s & paid his bill 1.4.6– At 3, went to the College and attended Dr. Bailey’s Lecture (Bones of the Head)–I gave him the Draught of the Exrescence which I finish’d today–after Lecture came home and engrav’d…” 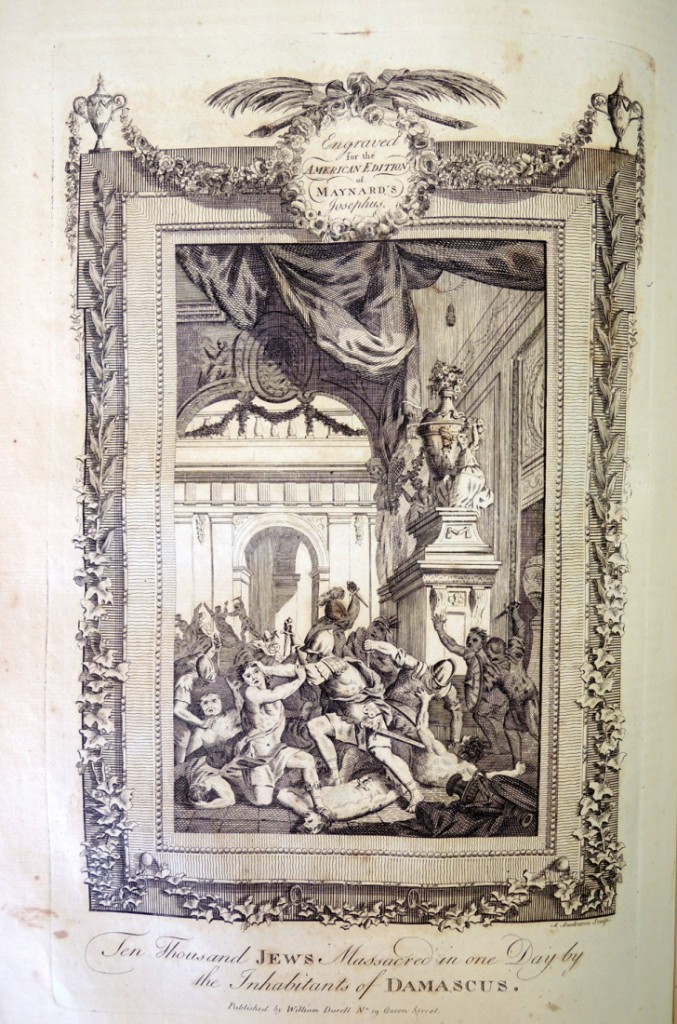 Thanks to Jane Pomeroy’s newly published transcription of Alexander Anderson’s diary, we now know how he spent his days and night for the six years from 1793 to 1799. The entry above refers to William Durell, a New York publisher for whom Anderson engraved plates for several volumes. The payment he mentions might have been for his work, completed in 1792 for George Maynard’s Whole Genuine and Complete Works of Flavius Josephus.

Of the 60 wood engravings in the volume, Cornelius Tiebout cut 14; Amos Doolittle made 14; William Rollinson 6; J. Allen 5; Benjamin Tanner 2; and E. Tisdale only one. Alexander Anderson was the youngest artist working on the project, only seventeen years old at the time. Bibliographer and collector Sinclair Hamilton tells us he engraved 7 plates including 2 maps and a plan of Jerusalem. The designs are from drawings by Metz, Stothard, and Corbould. 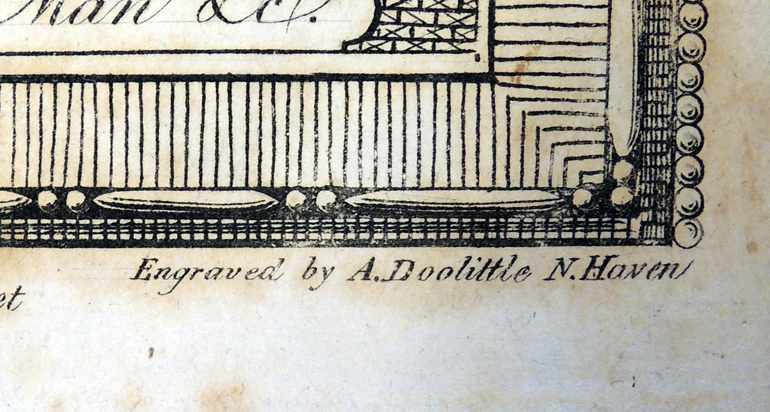 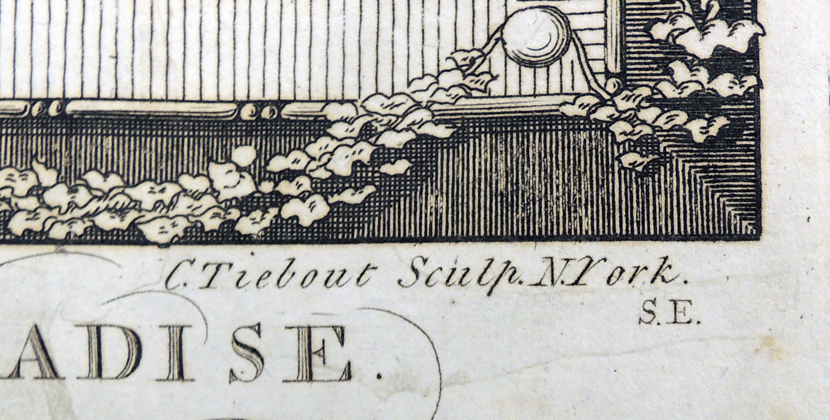 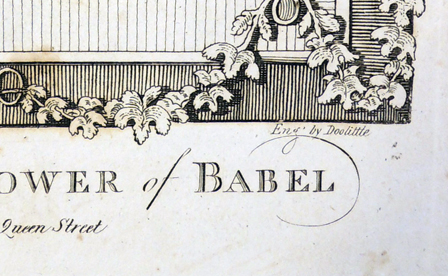 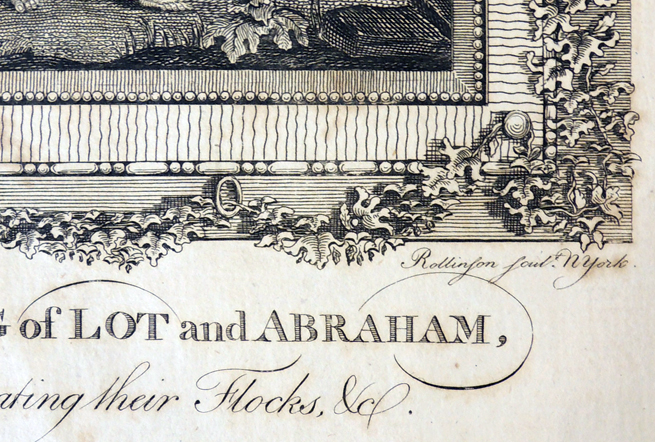