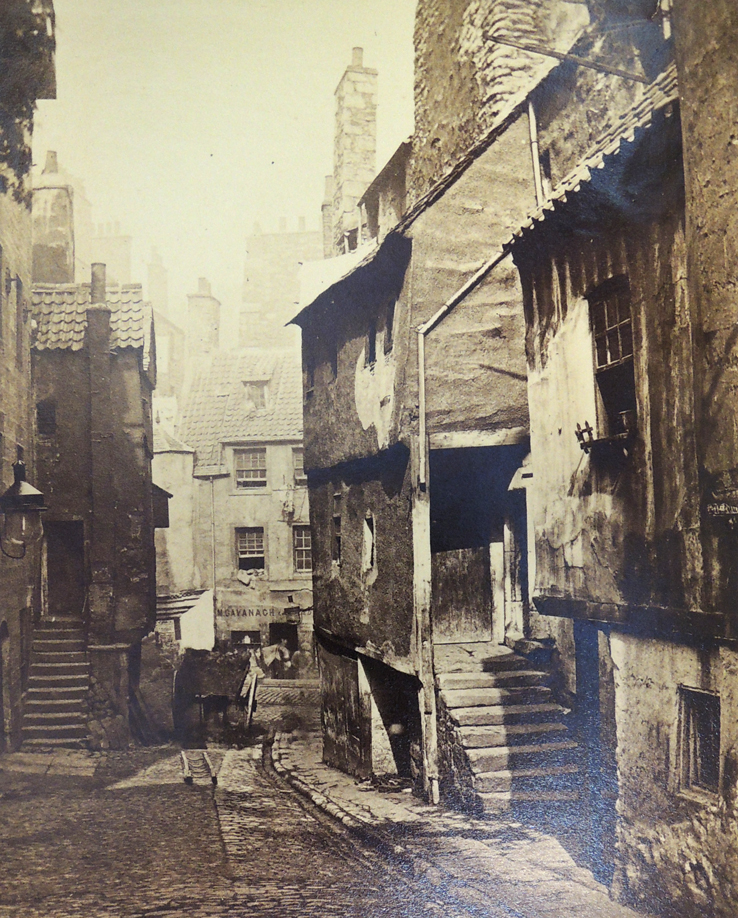 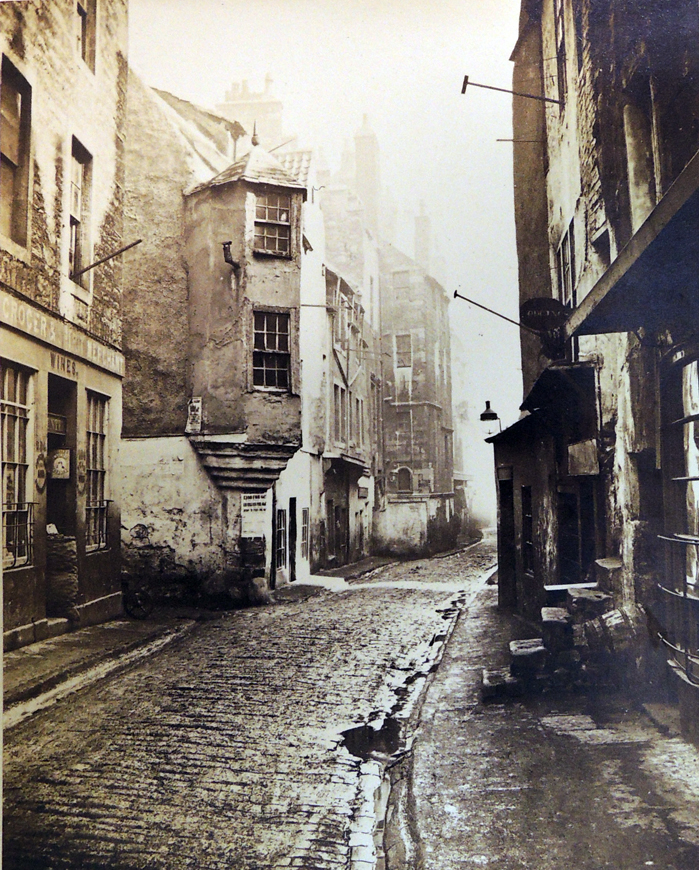 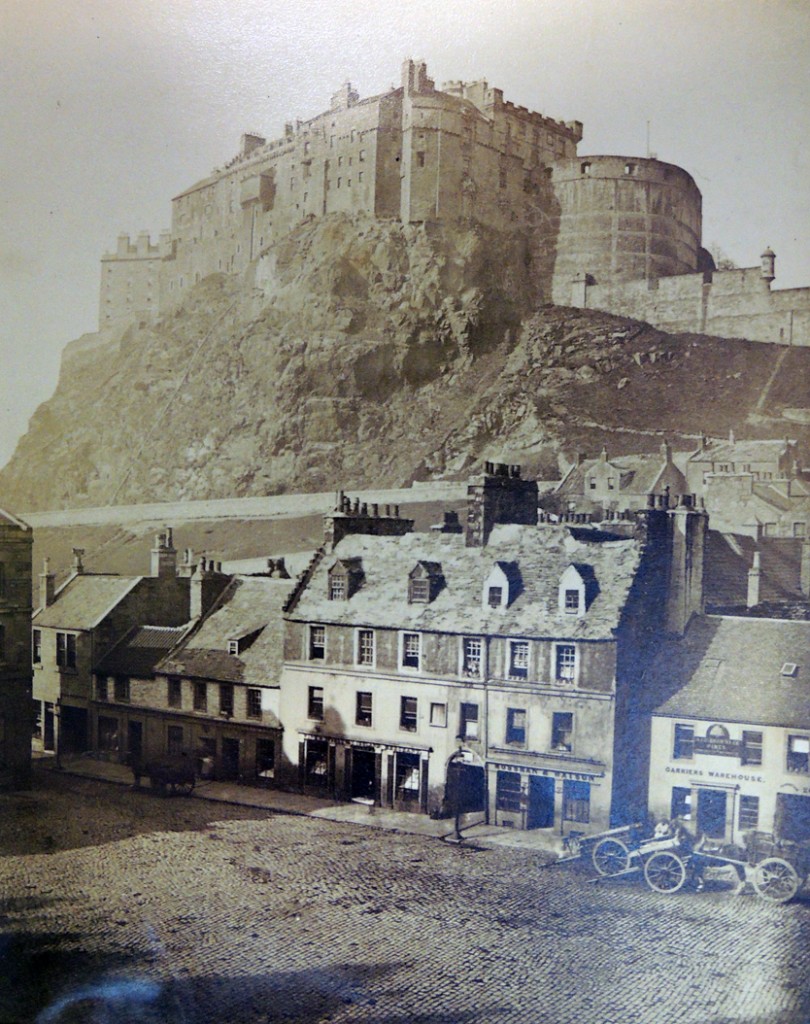 According to the National Library of Scotland, Archibald Burns was based in Edinburgh between 1858, when he is first recorded as a member of the Photographic Society of Scotland, and his death in the early 1880s. Burns made his living principally from selling stock-images of Edinburgh for the burgeoning tourist market. He also provided photographs to illustrate books of Edinburgh.

In 1871 Burns was commissioned by the Edinburgh Improvement Trust to document buildings in the area between the Cowgate and what is now Chambers Street. Beginning that year, he worked out of Rock House in Edinburgh, in the same building as Scottish photographer Thomas Annan (1829-1887). The comparisons are obvious. 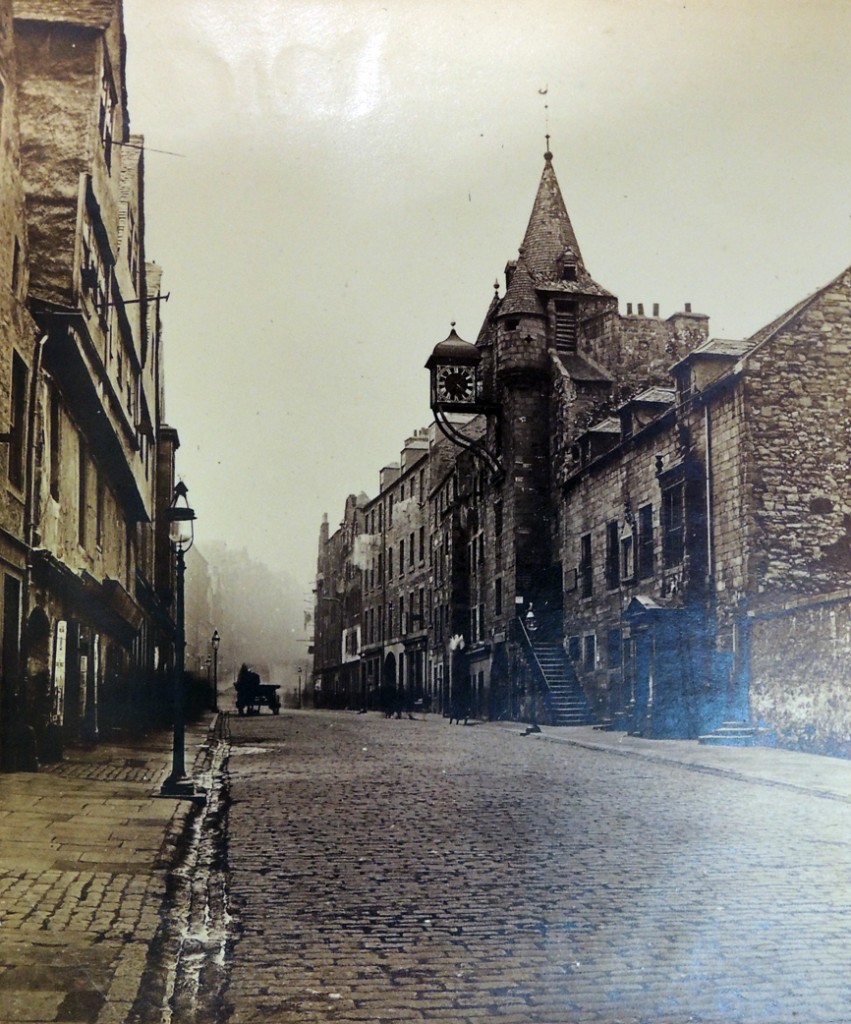 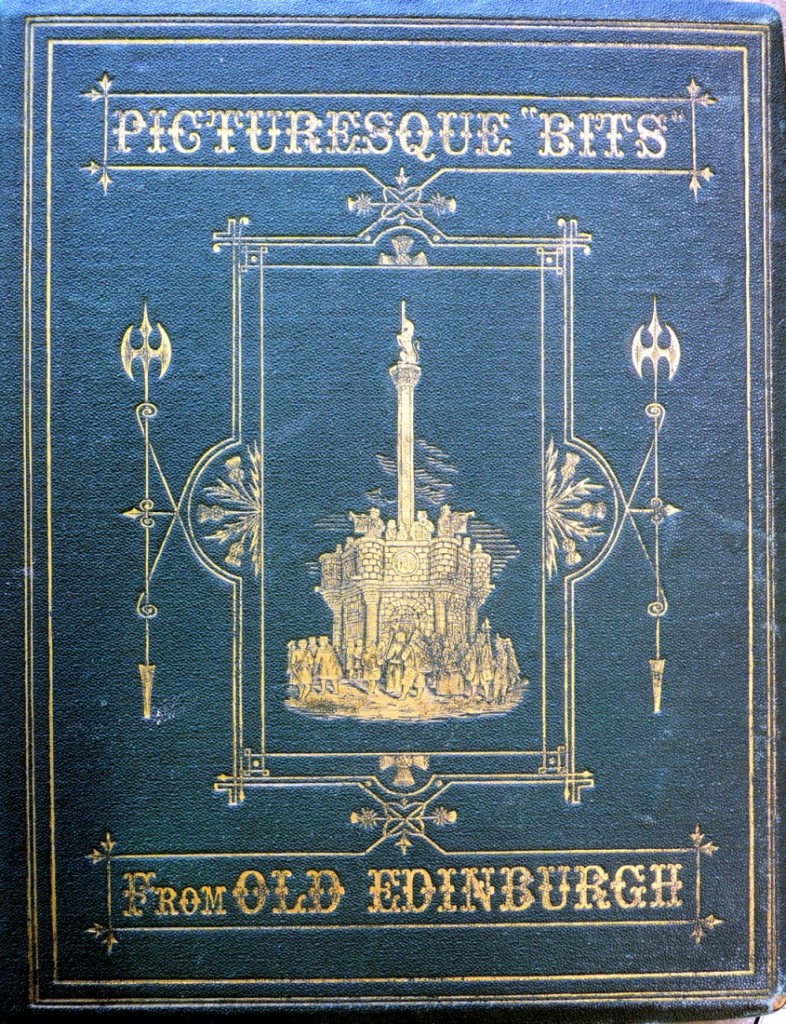 Annan photographed Glasgow between 1868 and 1871, documenting the poor conditions of working class neighborhoods. The prints were published in several formats under the name Old Closes and Streets of Glasgow, as part of a commission from the City of Glasgow Improvements Trust.

“Thomas Annan retained his business premises in Glasgow while living at Rock House [Edinburgh] and with the railway it would have been convenient to travel between the two cities. It would not appear to have been competition from Burns that made Thomas Annan return to Glasgow.”

“It is more likely that the two men were friends and they did have a close business association as the Valuation roll for 1871-2 shows that Thomas Annan still held the lease for Rock House but Burns was the occupier. It is possible the two photographers were a mutual influence. In burns’ photographs for Picturesque bits form old Edinburgh, published in 1868, he included grim depictions of some of the more deprived areas of the Old Town. Annan would have known about these photographs as he embarked on his acclaimed images of the Glasgow Closes.” –Roddy Simpson, The Photography of Victorian Scotland (2012)