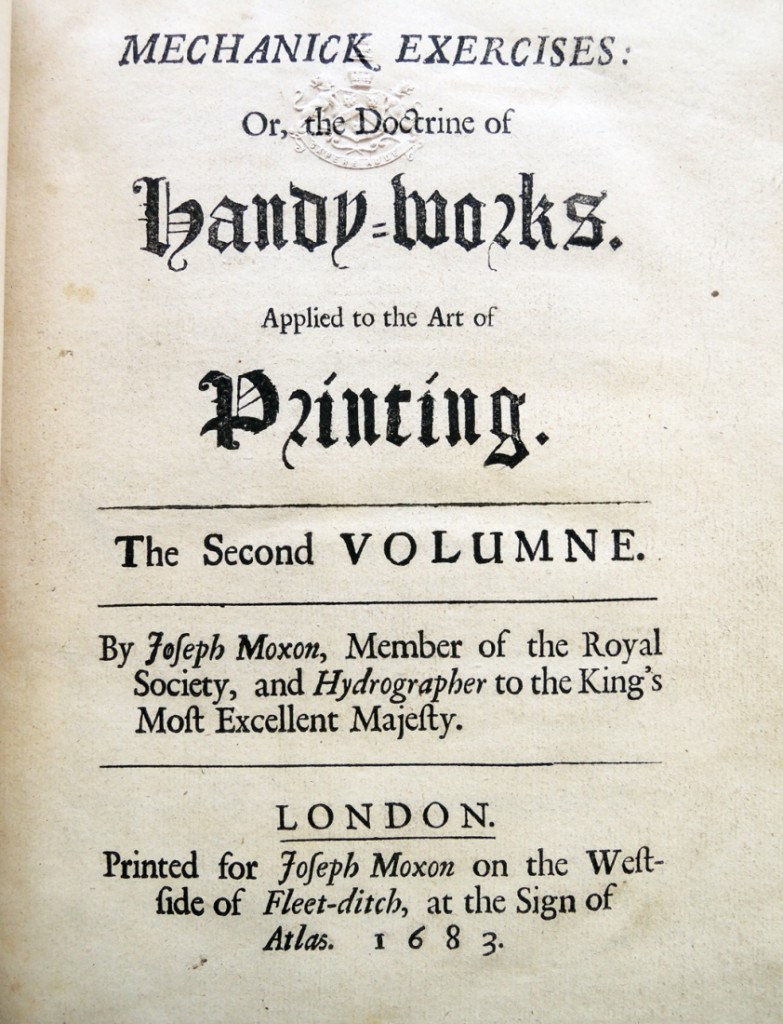 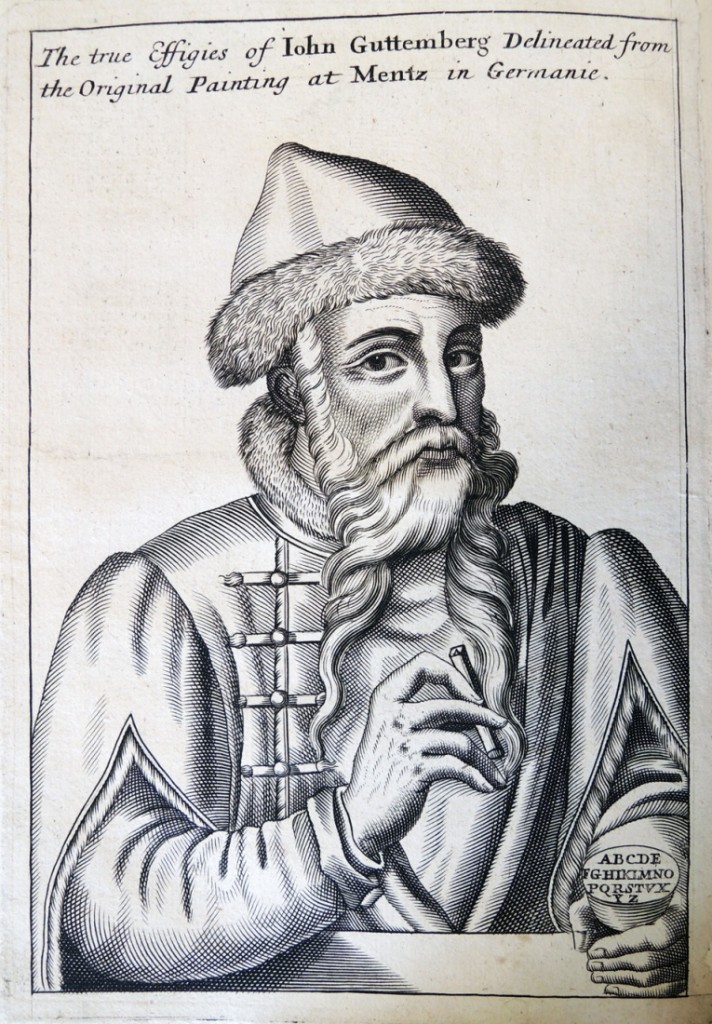 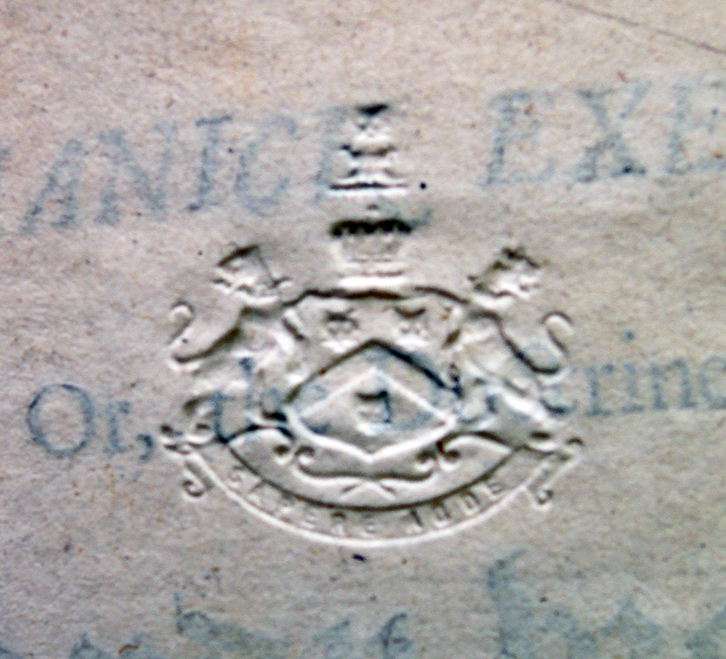 This is the first edition of the earliest English manual about printing. Moxon revealed to the English speaking public, for the first time, technical information that had once been considered trade secrets by those who practiced printing for a living. It was also the first book published in England as a serial, issued in monthly numbers, each number consisting of 16 pages and one or more engraved plates. “Although 500 copies were printed, very few complete sets have been preserved, the whole being, perhaps, the most difficult to obtain in the whole range of typographical literature.” (Bigmore and Wyman, II, pp 55-56). 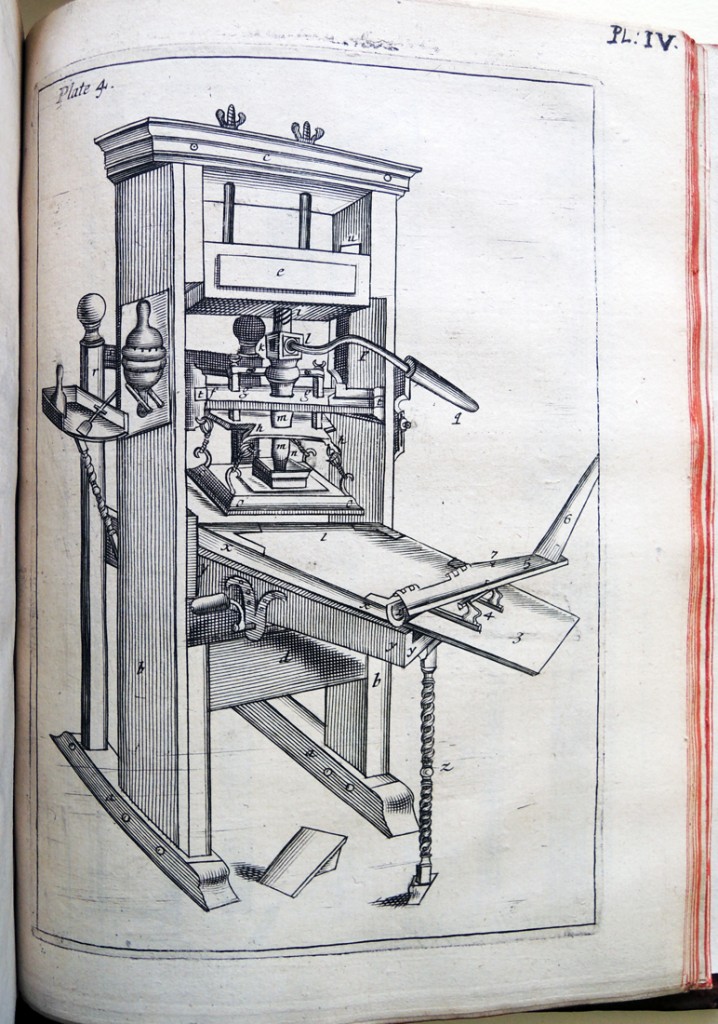 Written by a tradesman, for tradesmen, Mechanick Exercises remains one of the most important English language works on craft, in general, and on printing specifically. The second volume, concerned solely with printing, was published in 1683, delayed, as Moxon explains in his Advertisement, “by the breaking out of the [Popish] Plot, which took off the minds of my few Customers from buying them, as formerly.”

The provenance of these volumes is impeccable. The book was part of the Library of the Earls of Macclesfield, created in the first fifty years or so of the 18th century beginning with Thomas Parker (1667-1732), the 1st Earl of Macclesfield. Regarded as one of the great country house libraries of England, the sale of the collection necessitated 12 auctions over four years from 2004 to 2008. 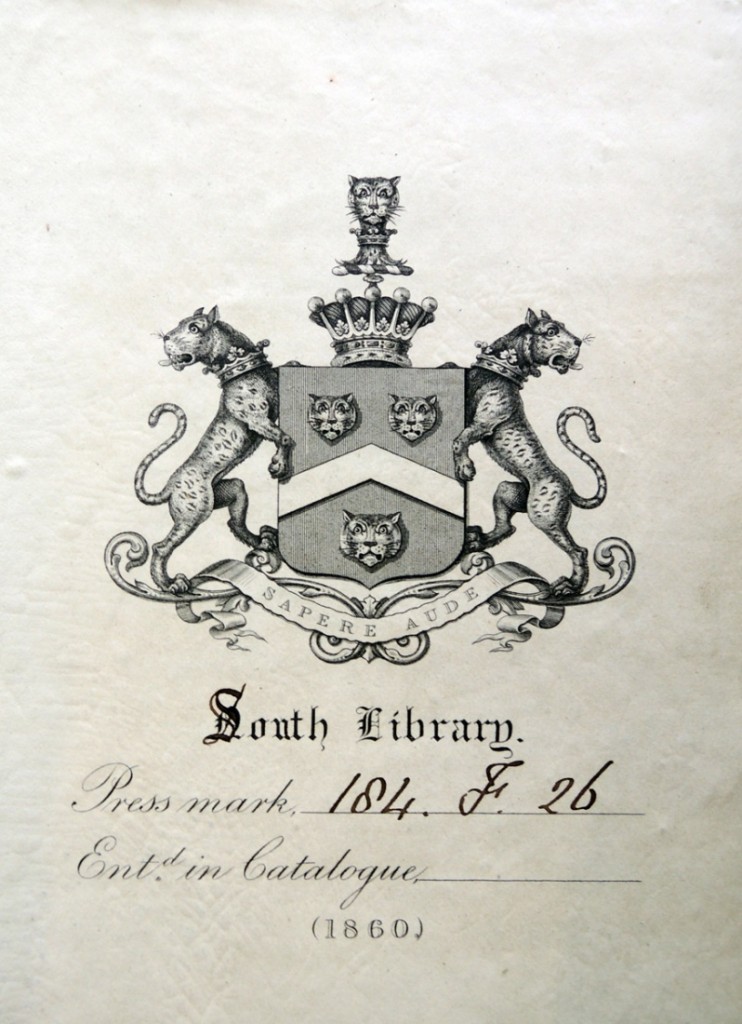 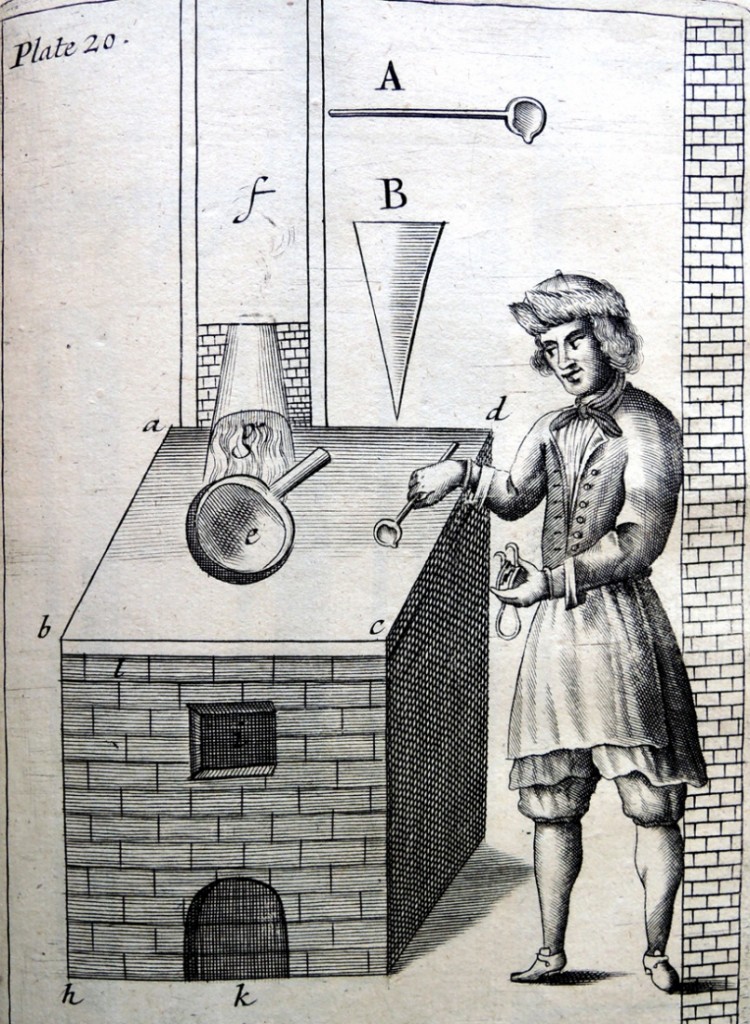 The present copy was assembled by William Jones, the acting librarian of Shirburn Castle in the early 1700s when complete sets of the serial publication were already rare. It was rebound, as many volumes in the library were, with a Macclesfield exlibris and embossed stamp. A couple of plates have just been touched by the binder’s knife, the one plate and two portraits that are mounted are mostly indistinguishable from the rest. The manuscript plate numbers are in Jones’ own hand and remain unchanged since that time.

As usual, the present copy of volume one is a mixture of second and third issues or editions. Volume one contains a general title dated 1694, followed by five sections with separate title pages, dated between 1693 and 1700, the first four paginated continuously, the last with separate pagination, and twenty-six engraved plates. The second volume, a first edition with imprint 1683, contains twenty-four numbered sections with continuous pagination, thirty-three plates (bound at the end) and two engraved portraits. 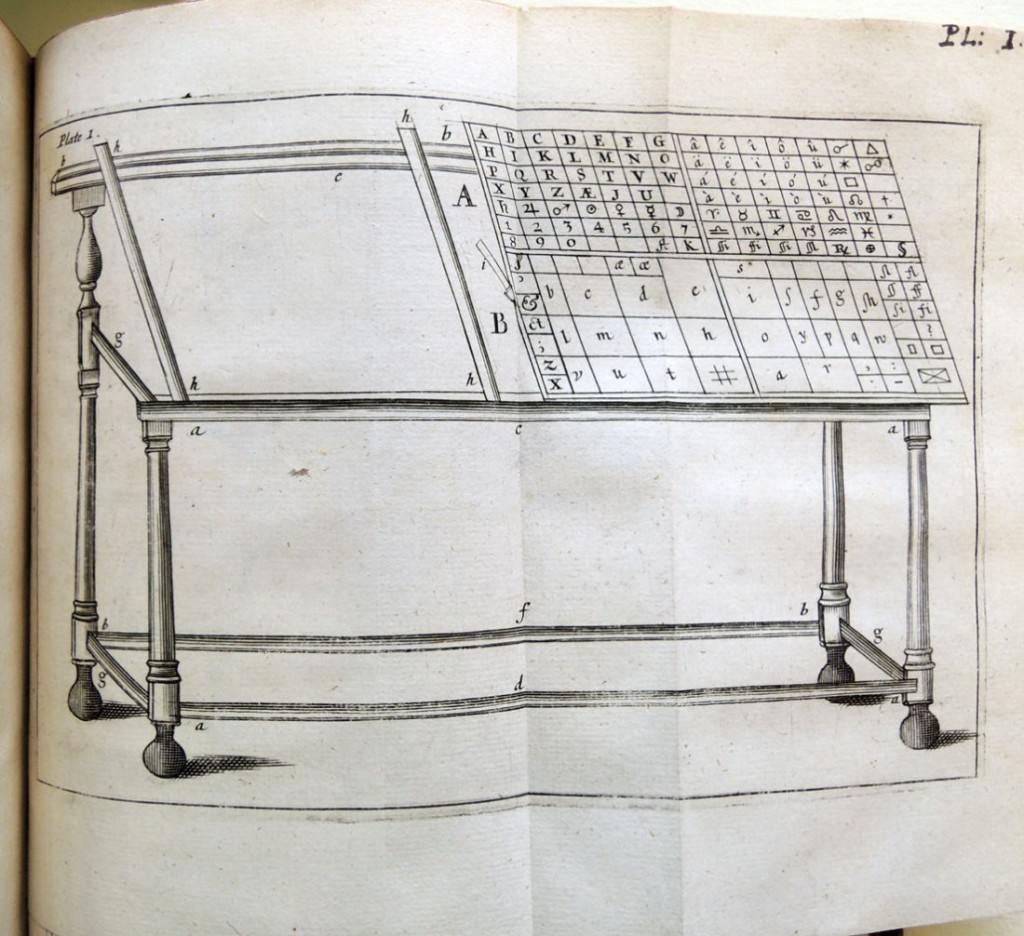 Thanks in particular to the Friends of the Princeton University Library for their ongoing assistance and their financial support of this important purchase.