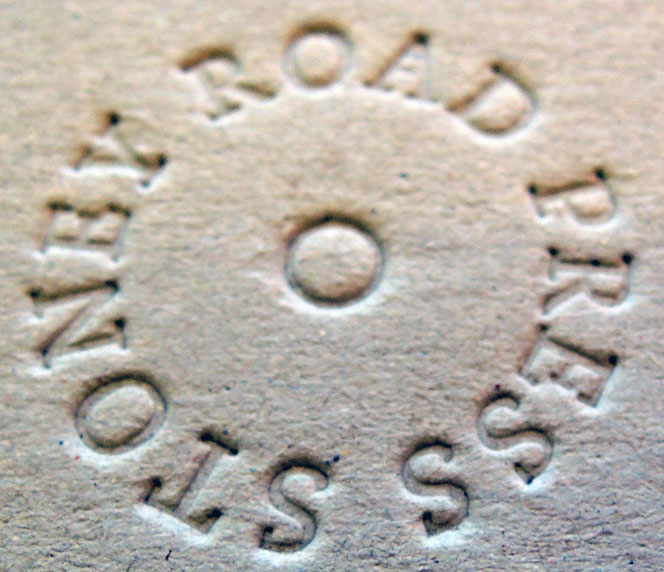 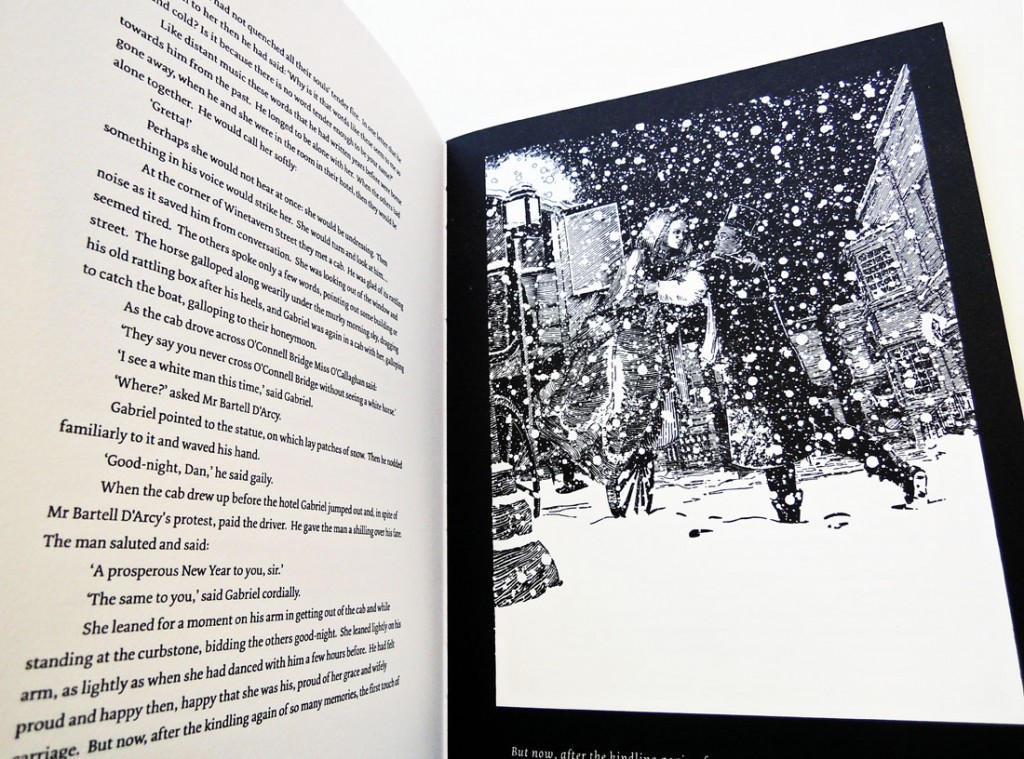 After nine years of rejection, James Joyce’s book of short stories, Dubliners, was finally published by Grant Richards in 1914. To help celebrate the book’s centenary, Stoney Road Press, in collaboration with the James Joyce Centre, has published a fine press edition of its final and longest story, The Dead, illustrated by the American artist Robert Berry.

Based in Dublin, Stoney Road Press is the only independent commercially run fine art print studio in Ireland. Princeton collects all of its limited edition books and we are happy to add The Dead. Although we don’t own a first edition Dubliners, we do have the 1917 copy owned by Sylvia Beach. 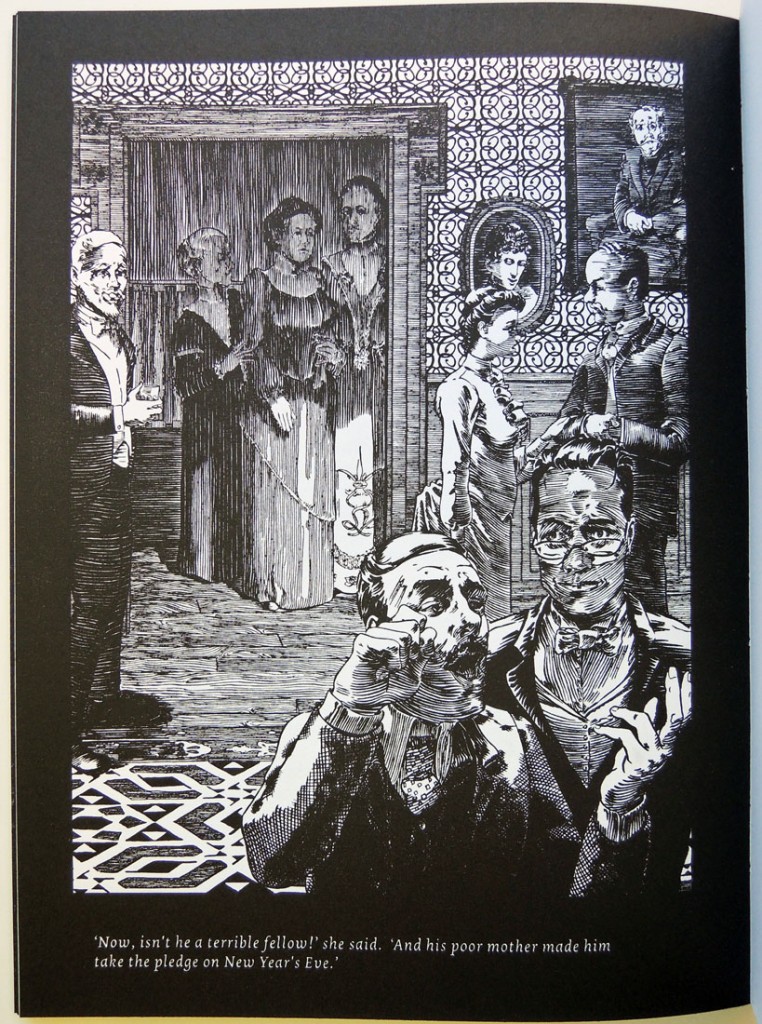 Lily, the caretaker’s daughter, was literally run off her feet. Hardly had she brought one gentleman into the little pantry behind the office on the ground floor and helped him off with his overcoat than the wheezy hall-door bell clanged again and she had to scamper along the bare hallway to let in another guest. It was well for her she had not to attend to the ladies also. But Miss Kate and Miss Julia had thought of that and had converted the bathroom upstairs into a ladies’ dressing-room. Miss Kate and Miss Julia were there, gossiping and laughing and fussing, walking after each other to the head of the stairs, peering down over the banisters and calling down to Lily to ask her who had come. 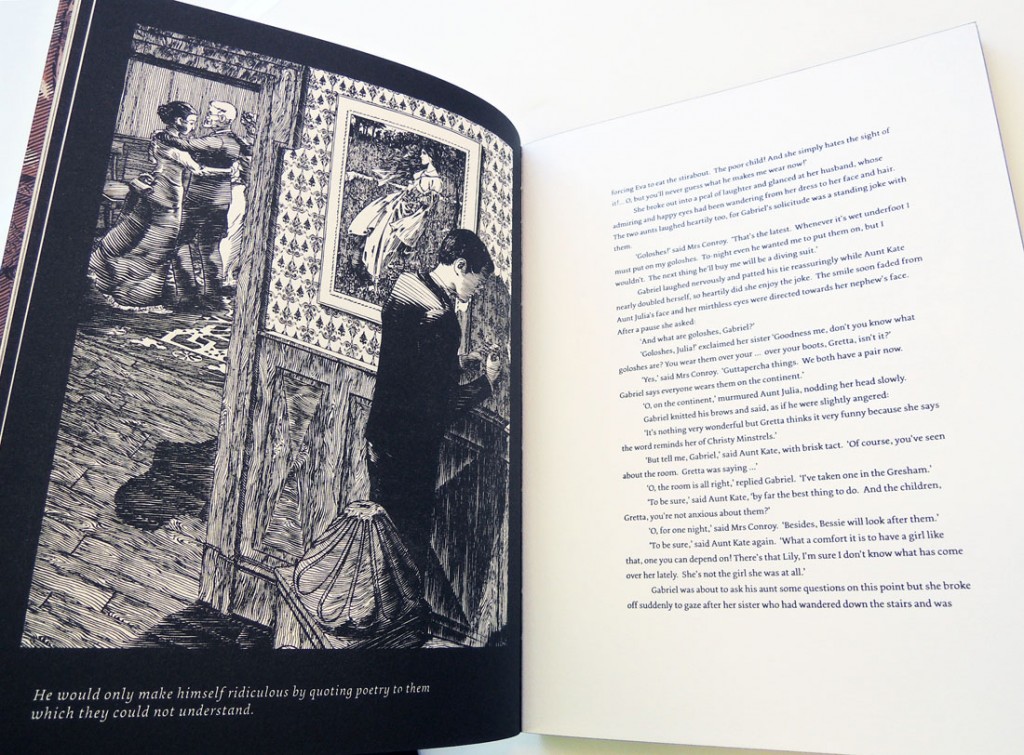 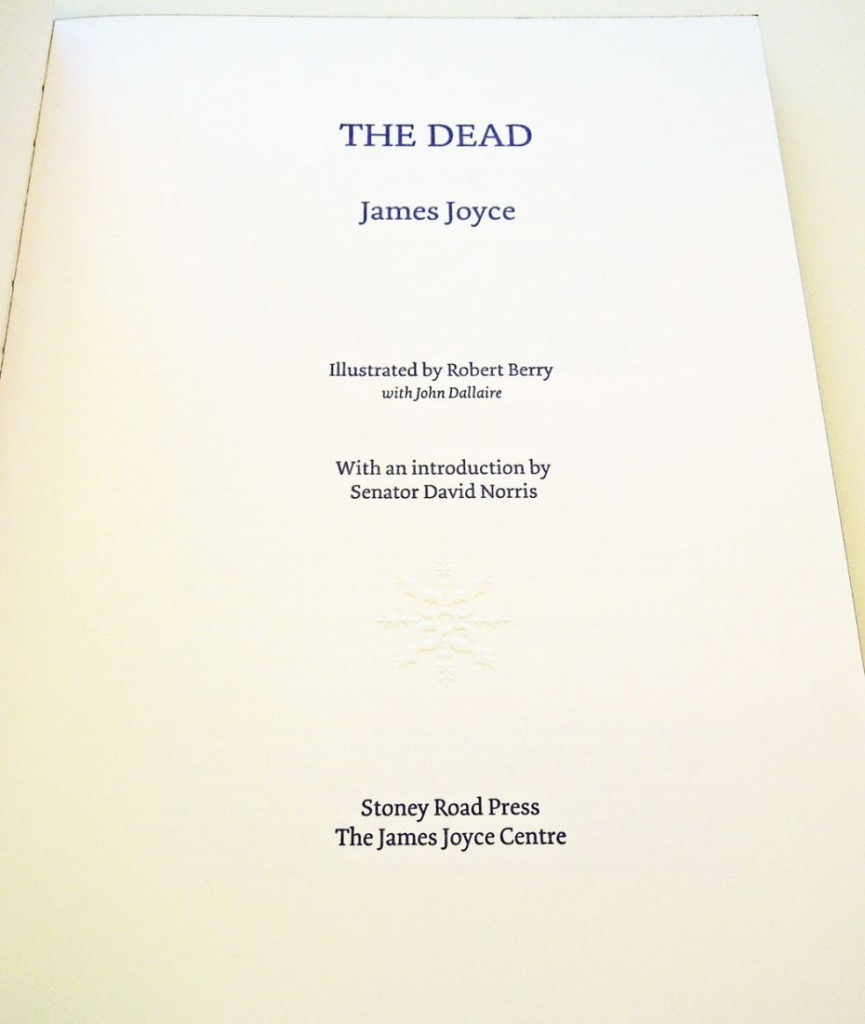 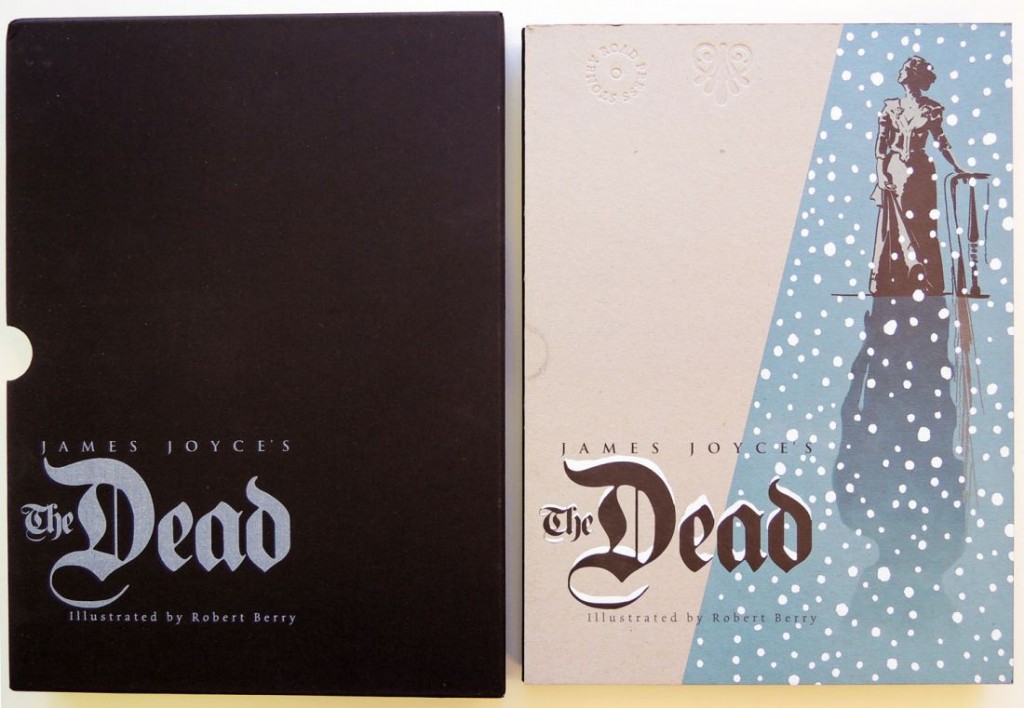