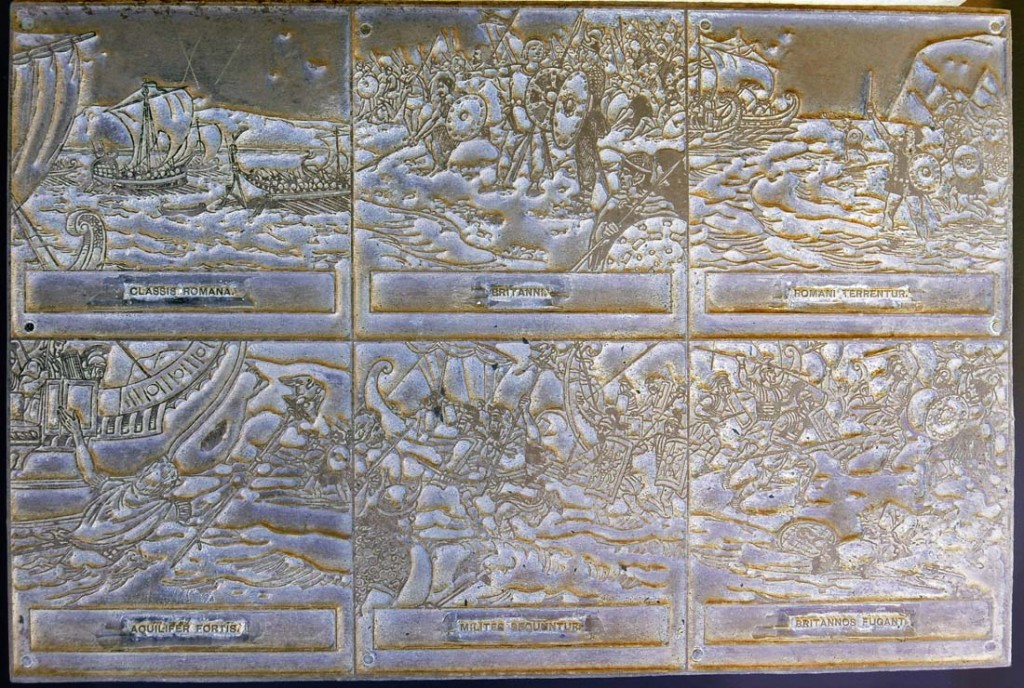 The Graphic Arts Collection recently acquired seven 19th century metal printing plates for a yet unidentified text or project. The blocks are composed of sequences of six cells and the numbering on the sides indicates that several blocks are consecutive.  The captions are in Latin and the pictures tell simple stories of Telemachus and other classical histories. If anyone knows these books or teaching broadsides, could you let us know? 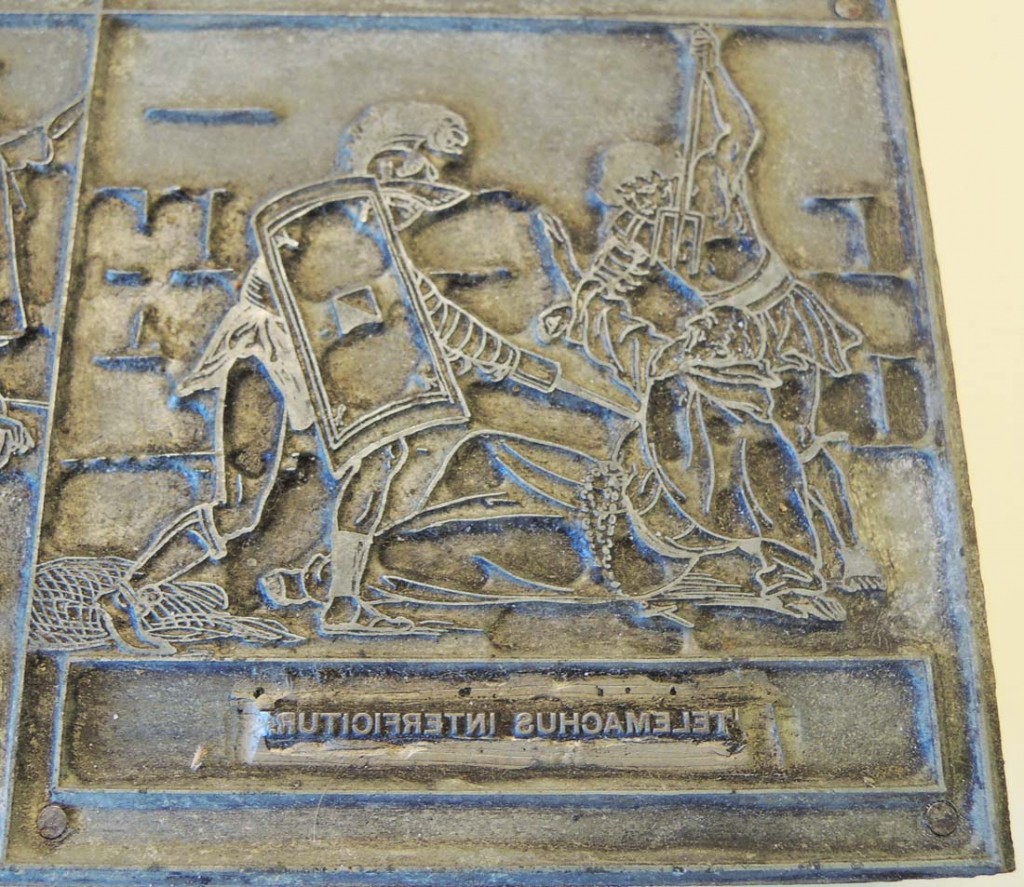 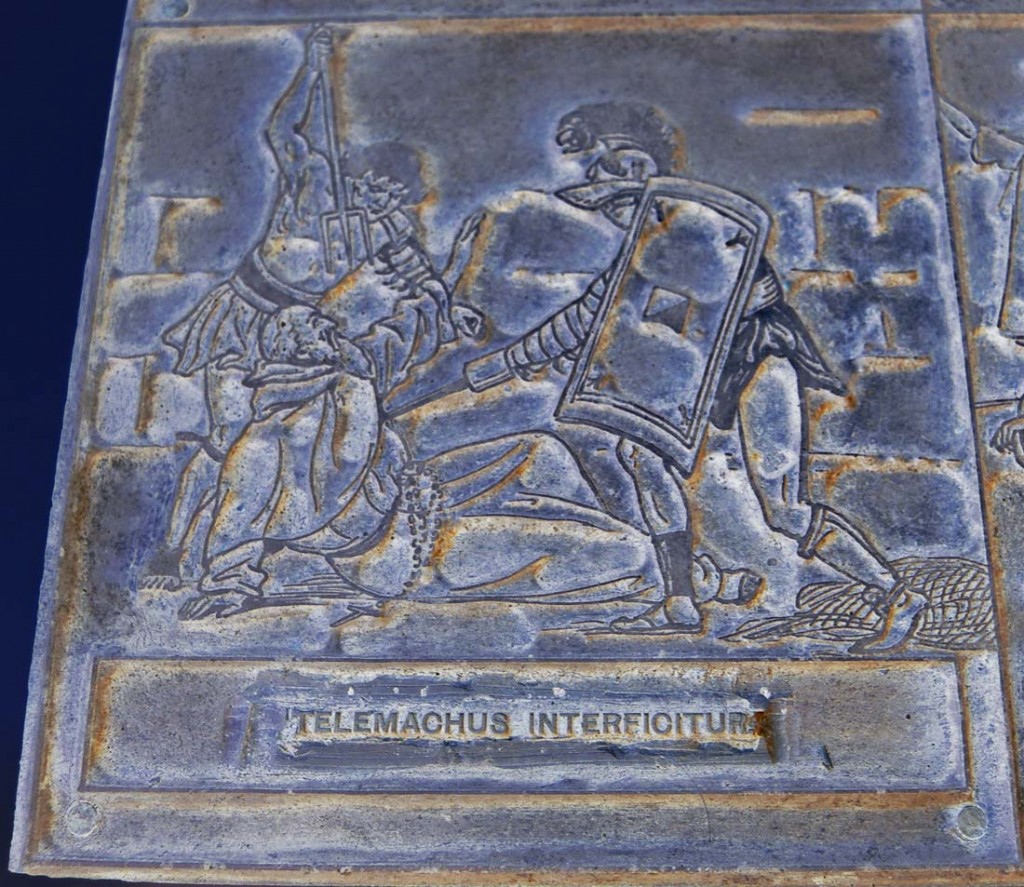 This block has been inverted and laterally reversed. The caption reads: Telemachus Interficitur. 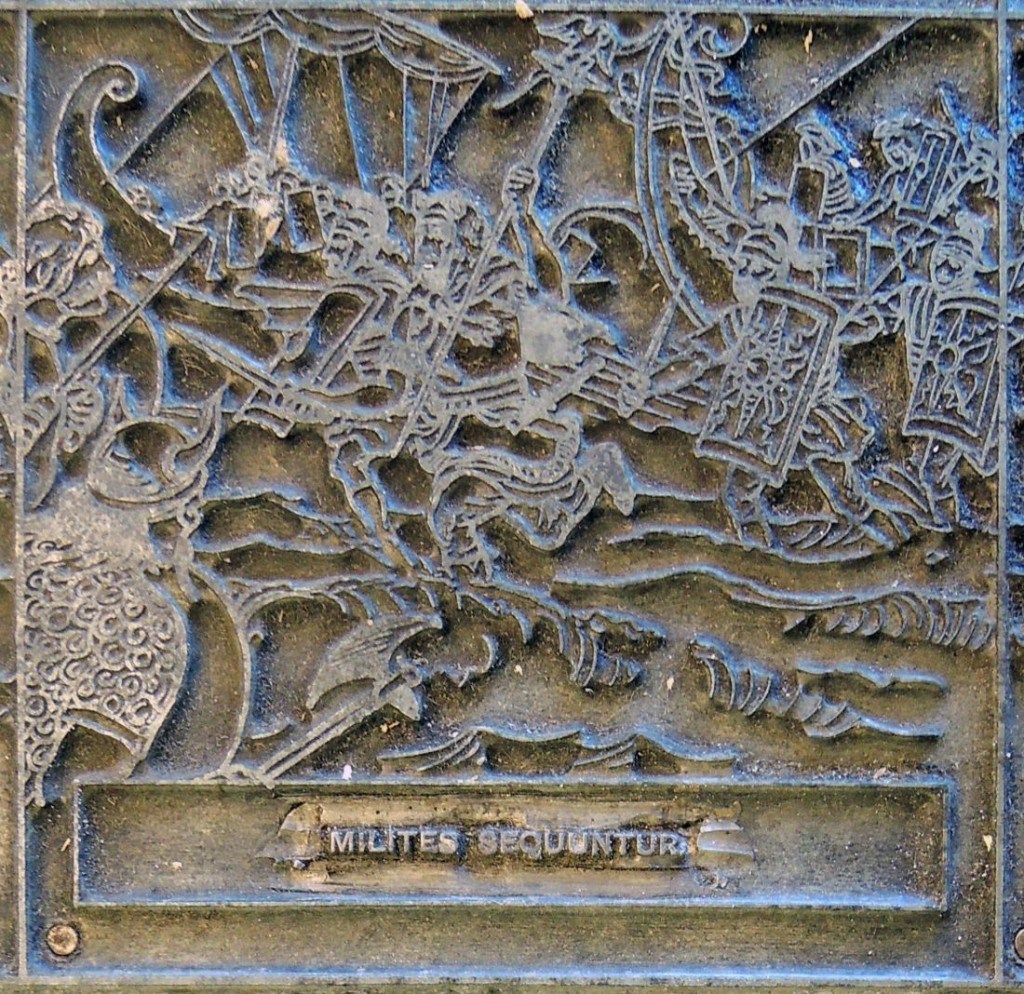 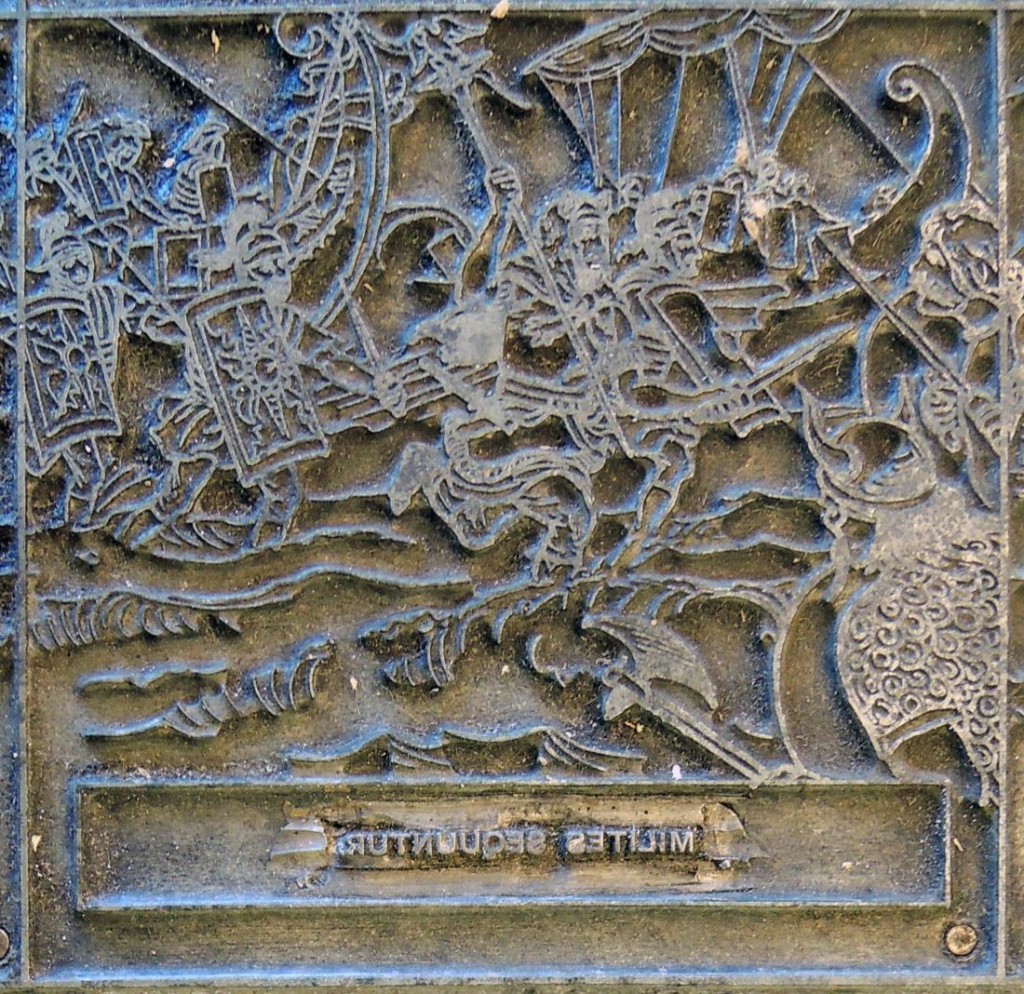 The same block laterally reversed, as it would be when printed. Caption: Milites sequuntur 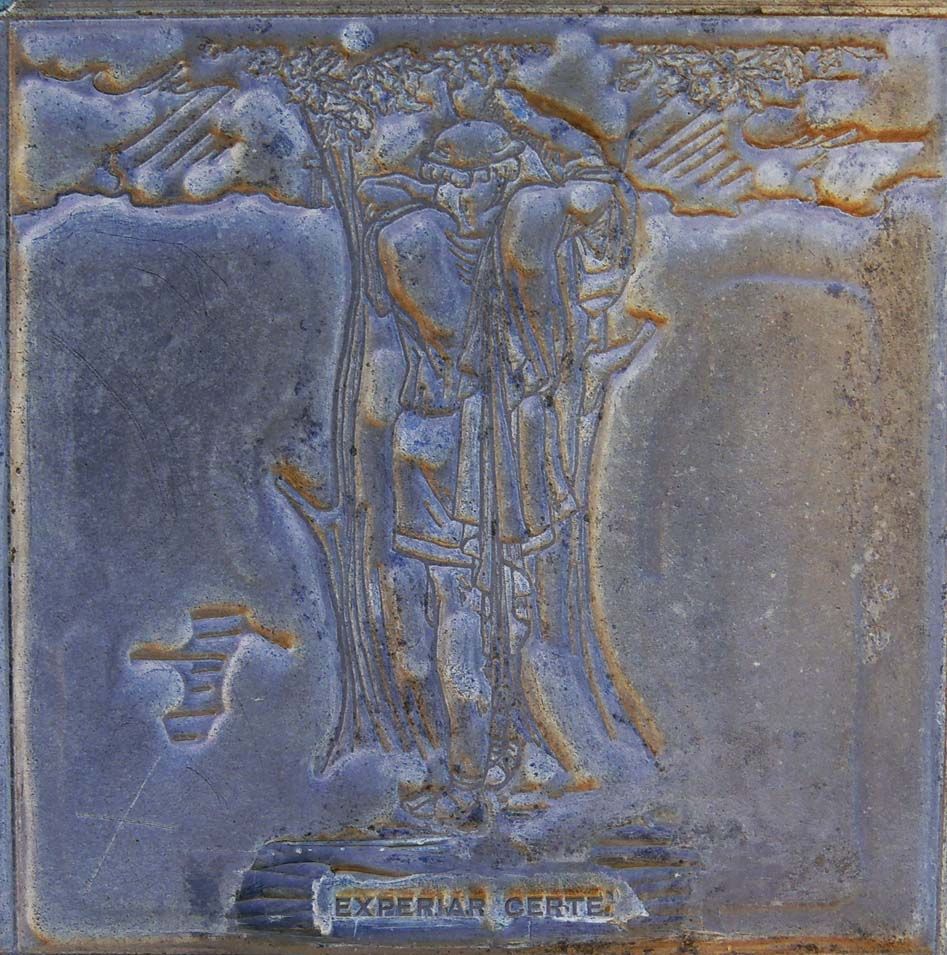 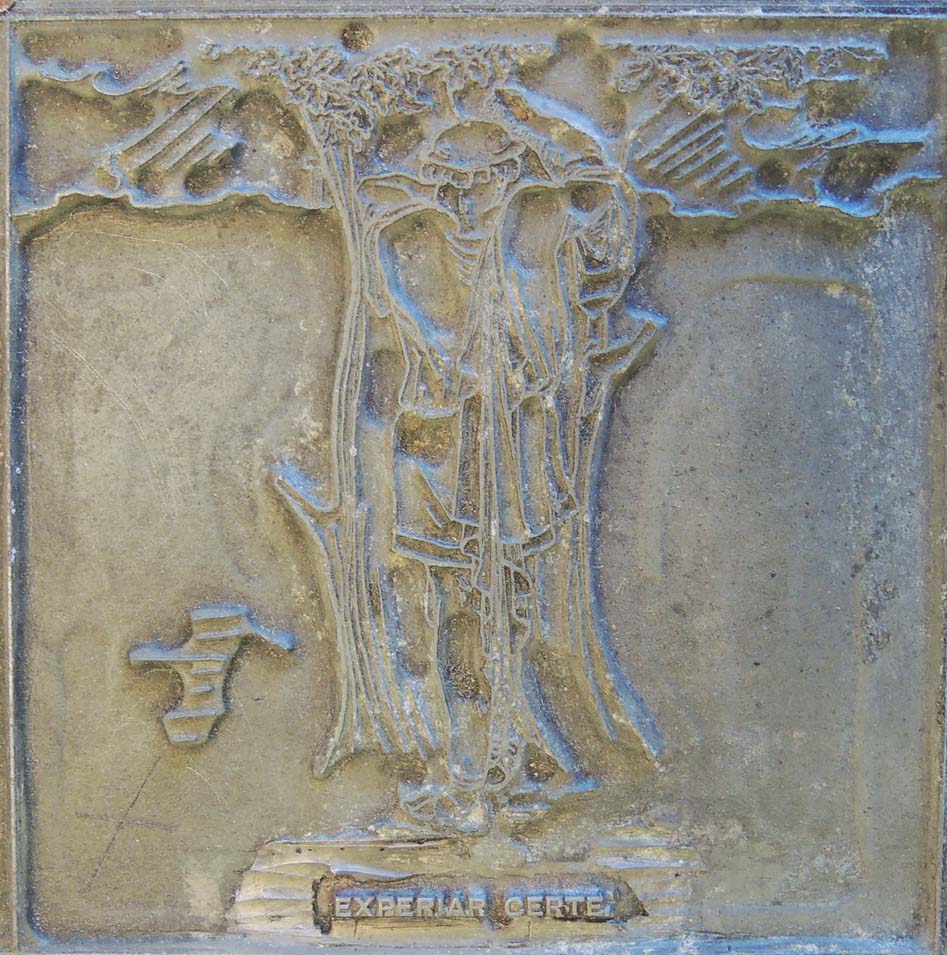 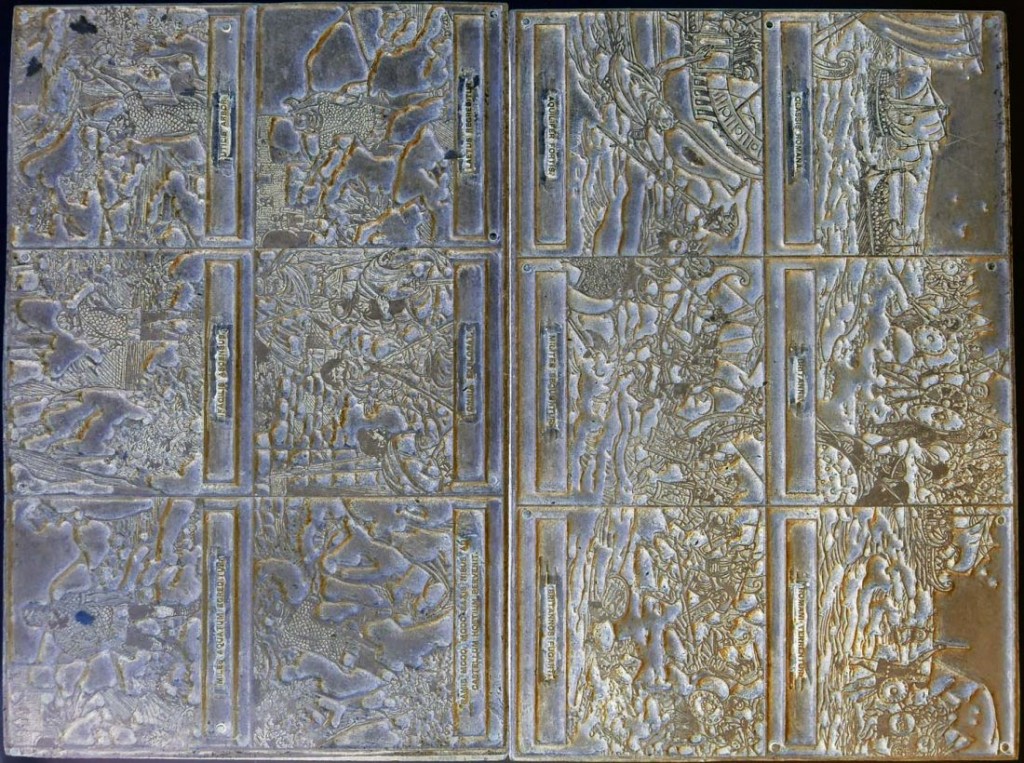 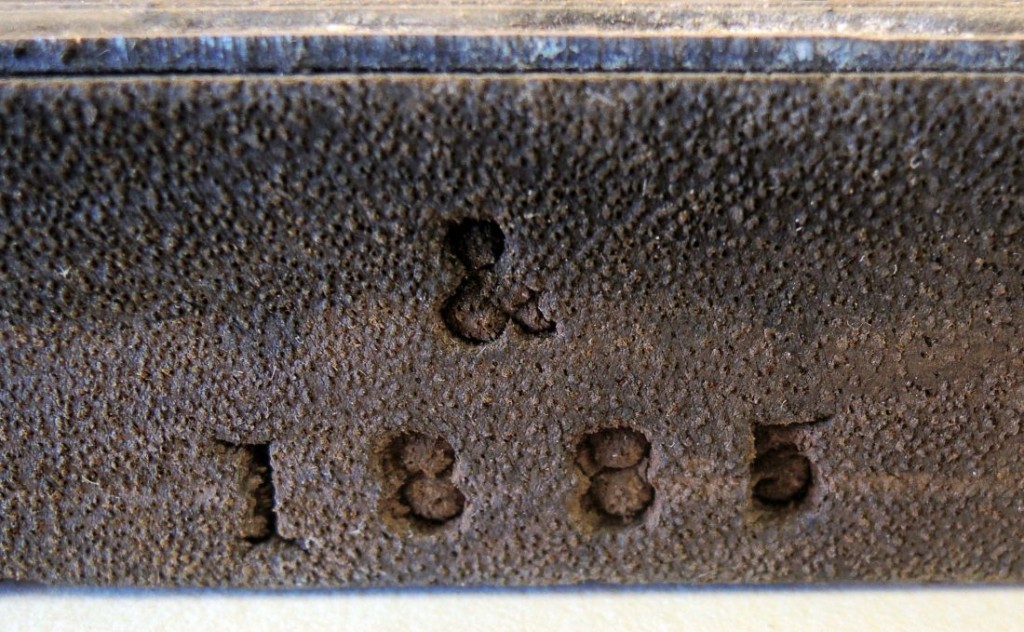 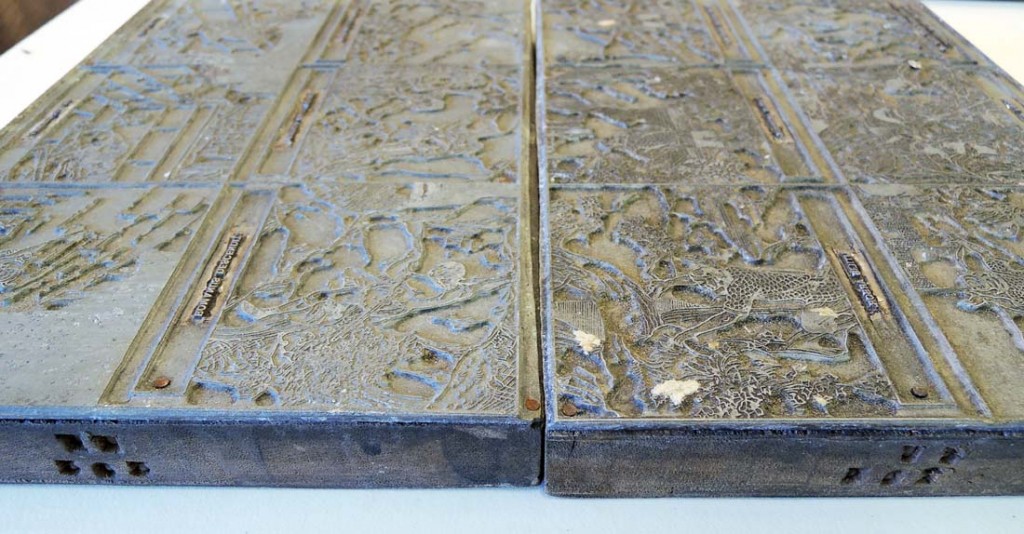 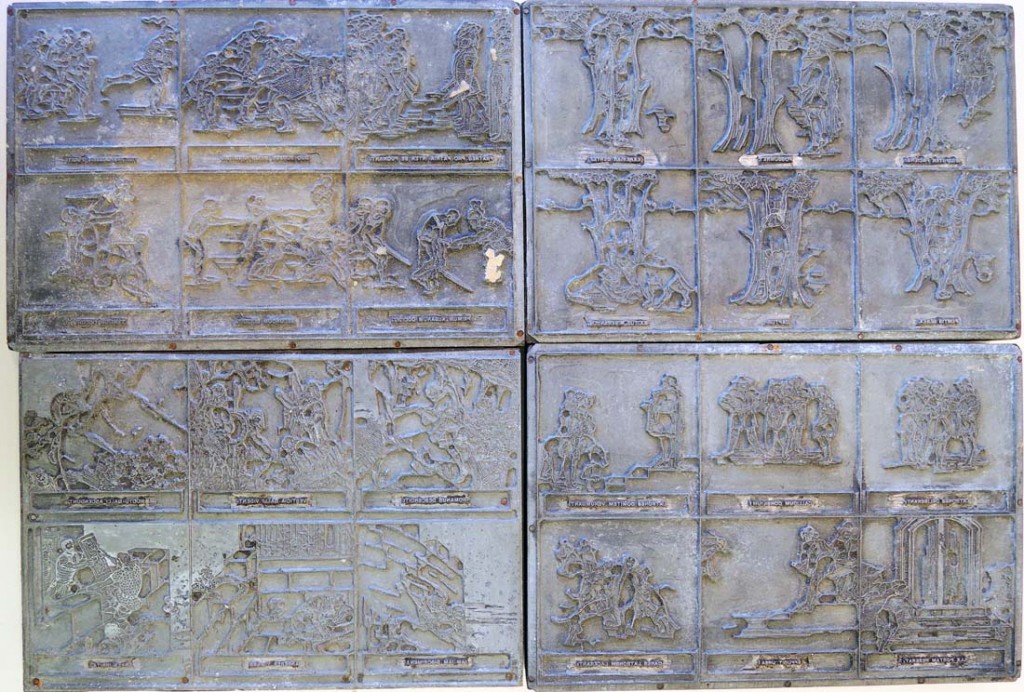