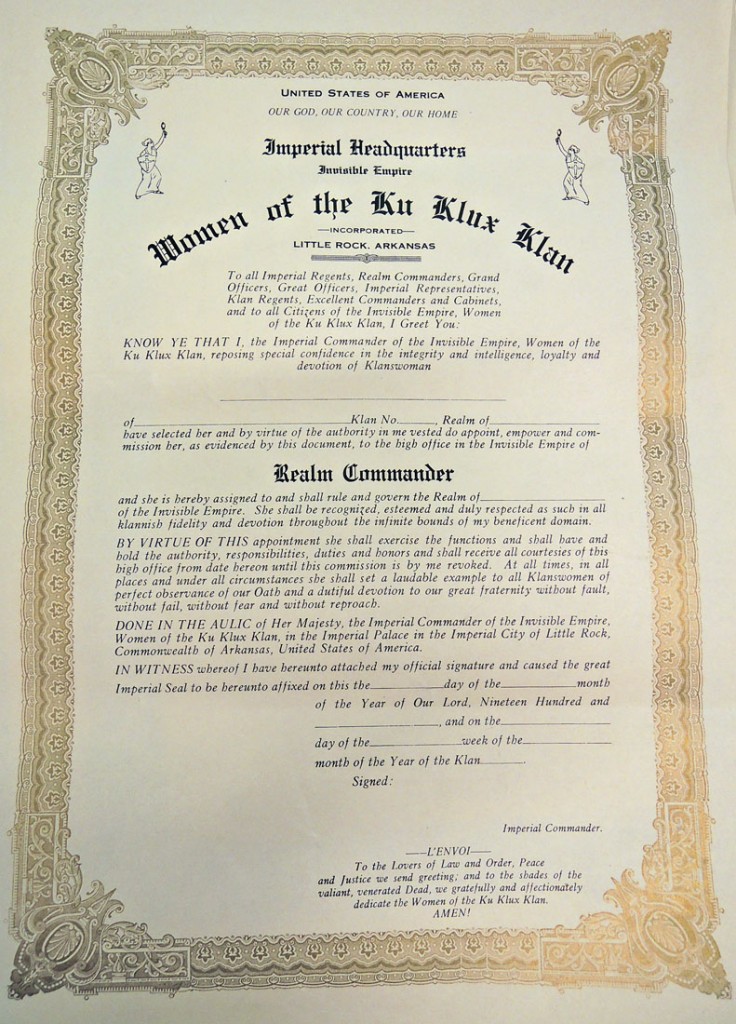 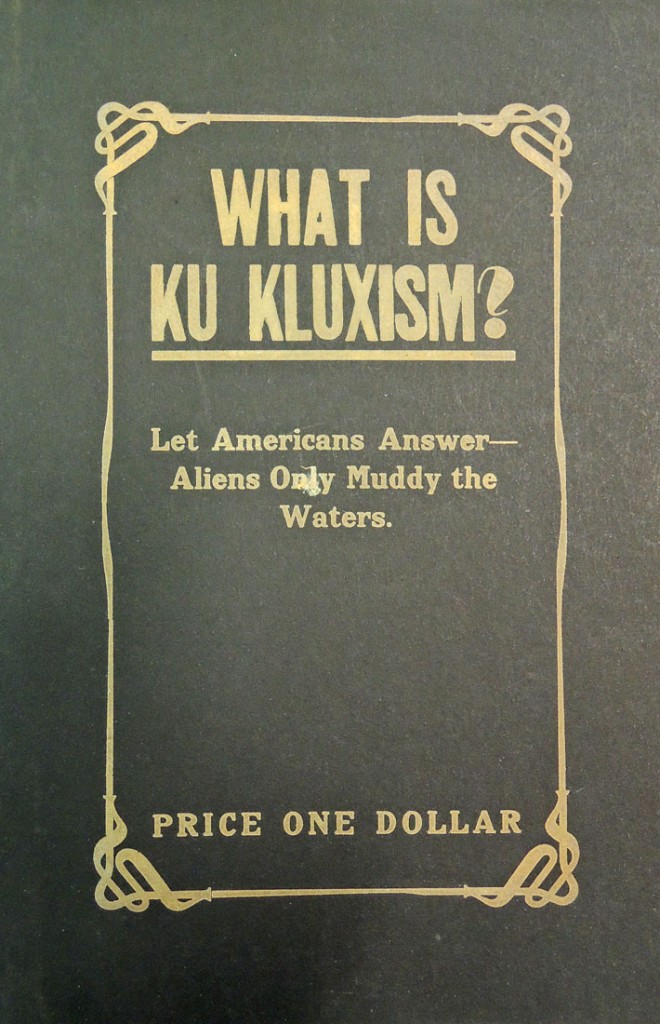 In August 1921, newspapers across the country ran similar headlines announcing “Women are to be admitted to membership in the Ku Klux Klan.” (The Arizona Republican, The Atlanta Constitution, The Indianapolis Star and many others). The following year, various branches began to recognize women’s auxiliary groups, as reported in The Baltimore Sun, “Lady Ku Kluxers Form Newest Klan” (October 9, 1922).

Finally, in 1923 the formal Women of the Ku Klux Klan (WKKK) was established as a branch of the larger organization, with their headquarters in Little Rock, Arkansas. To qualify for membership, one had to be a native-born, white, Protestant woman (most often they were wives or relatives of Klansmen). Young ladies were organized under the title Tri-K for Girls.

The Graphic Arts Collection recently acquired a number of illustrated booklets, manuals, directories, certificates, sheet music, and other print ephemera around the WKKK. The material was collected in the southern United States over a number of years. Here are a few example: