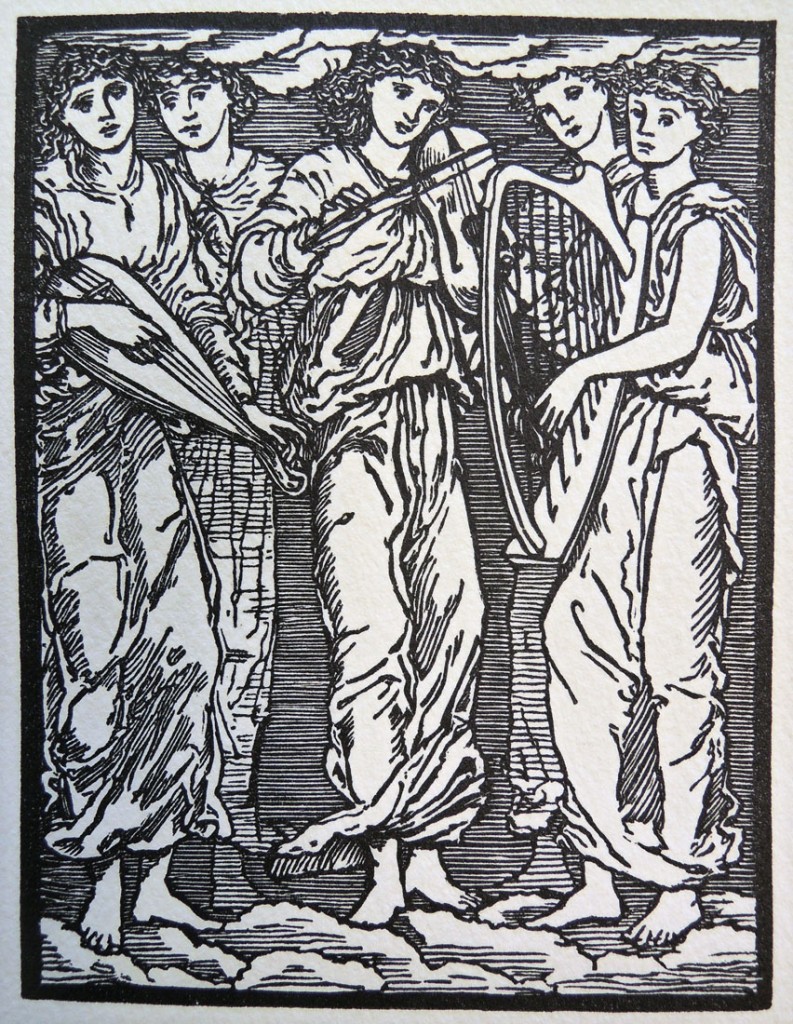 William Morris, The Story of Cupid and Psyche. Illustrations designed by Edward Burne-Jones, engraved on wood by William Morris (London: Clover Hill Editions, 1974). Designed and printed by Will and Sebastian Carter at the Rampant Lions Press, Cambridge. Graphic Arts Collection GAX 2014- in process

The Graphic Arts Collection recently acquired this wonderful limited edition designed and printed by Will Carter (1912-2001) and his son, Sebastian, at the Rampant Lions Press, Cambridge.

William Morris (1834-1896) and Edward Burne-Jones (1833-1898) began discussing this project in the 1860s and Burne-Jones drew over forty designs for Morris to engrave before they finally abandoned the idea.  Carter printed from Morris’ original woodblocks and some of the original Troy type from the Kelmscott Press (now in the Cambridge University Press collection) to complete the book in 1974. 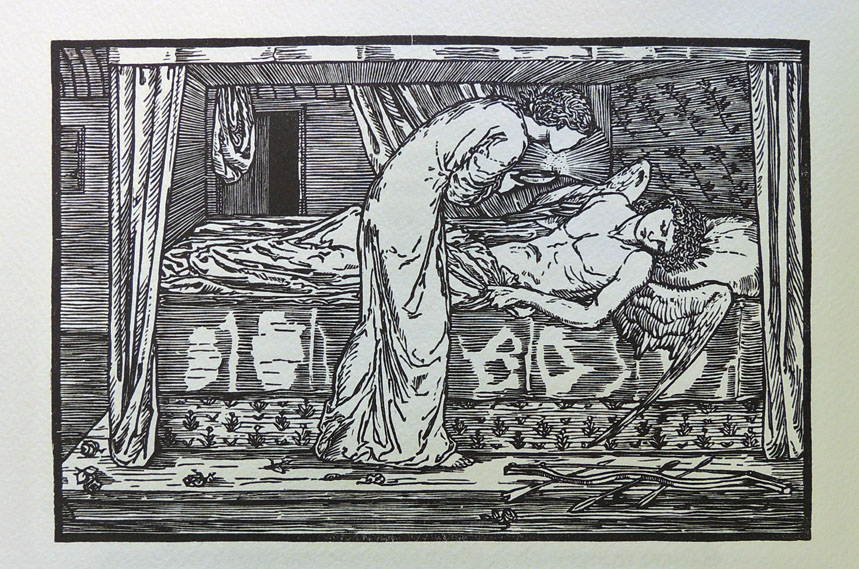 Will Carter’s 2001 obituary in The Guardian comments:

His masterpiece was probably William Morris’s The Story of Cupid and Psyche in 1974, set in Morris’s types and illustrated with the blocks engraved by Morris from Burne-Jones’s designs. Carter printed the book jointly with his son Sebastian, who joined the press in 1966. Although they tended to work independently on projects, their complementary skills enriched production. Their partnership is seen to great effect in the catalogue they produced in 1982 for the exhibition at the Fitzwilliam Museum celebrating “A printing workshop through five decades”. Apart from wood- and slate-carvings and 20 frames of jobbing printings, the catalogue lists 89 books. Thanks to Sebastian, the Rampant Lions Press is a continuing memorial to Will. 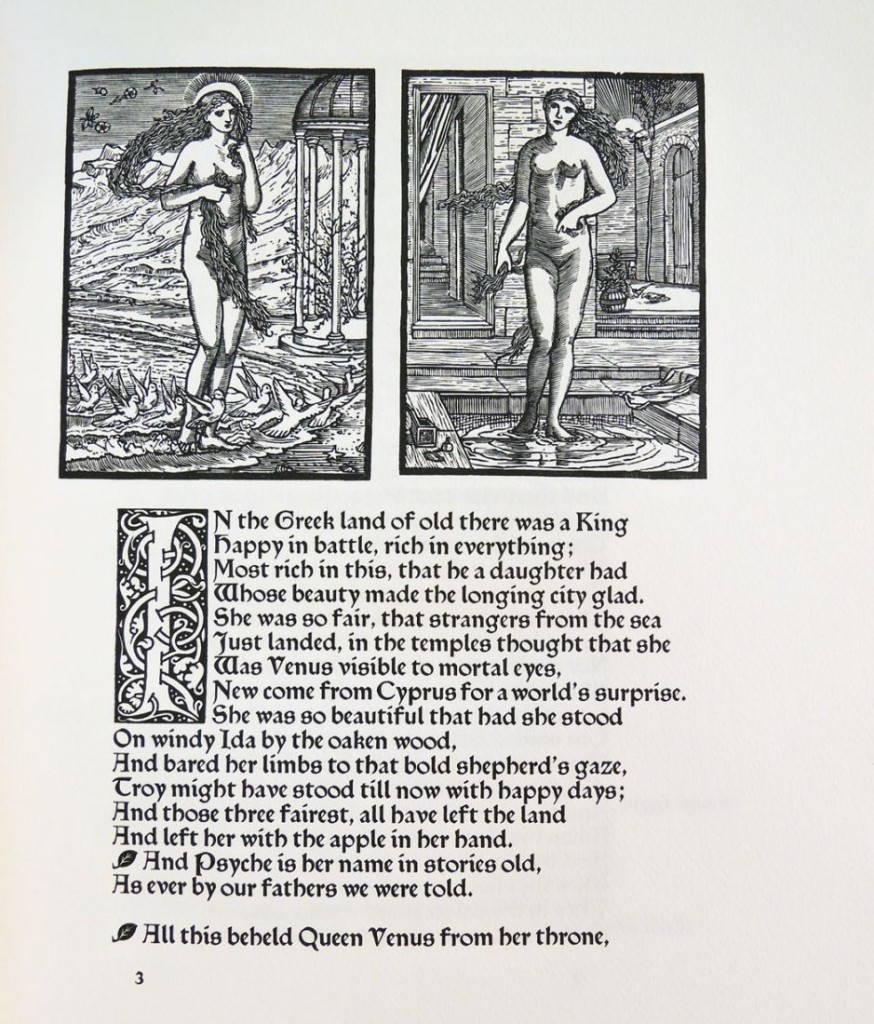 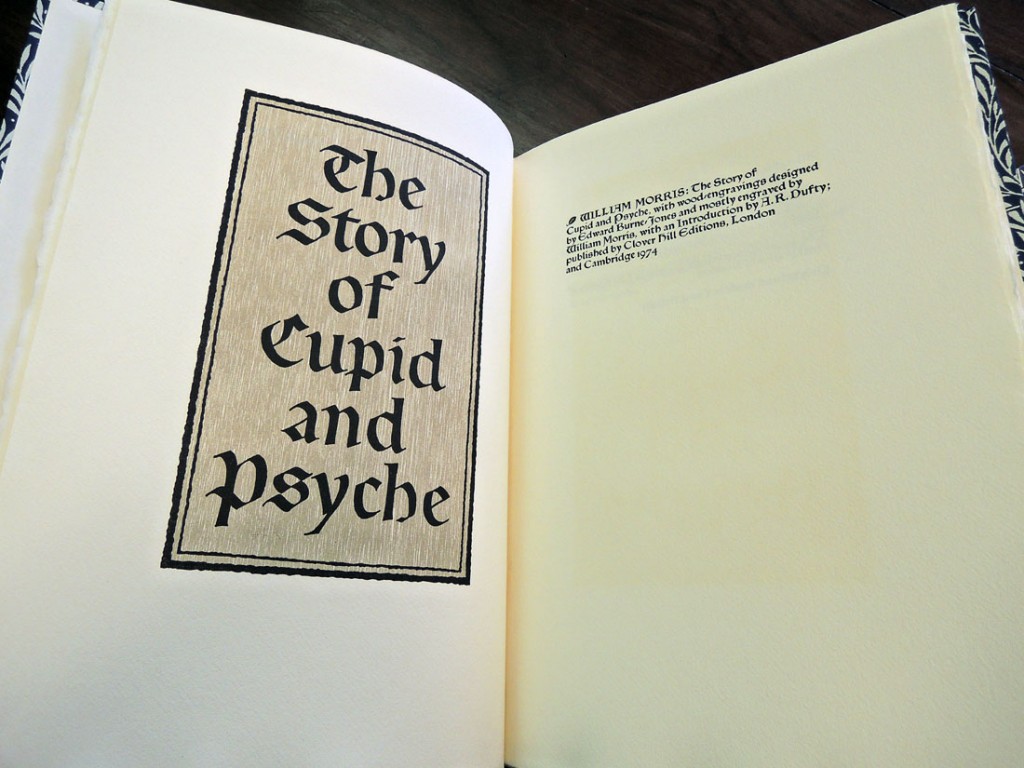