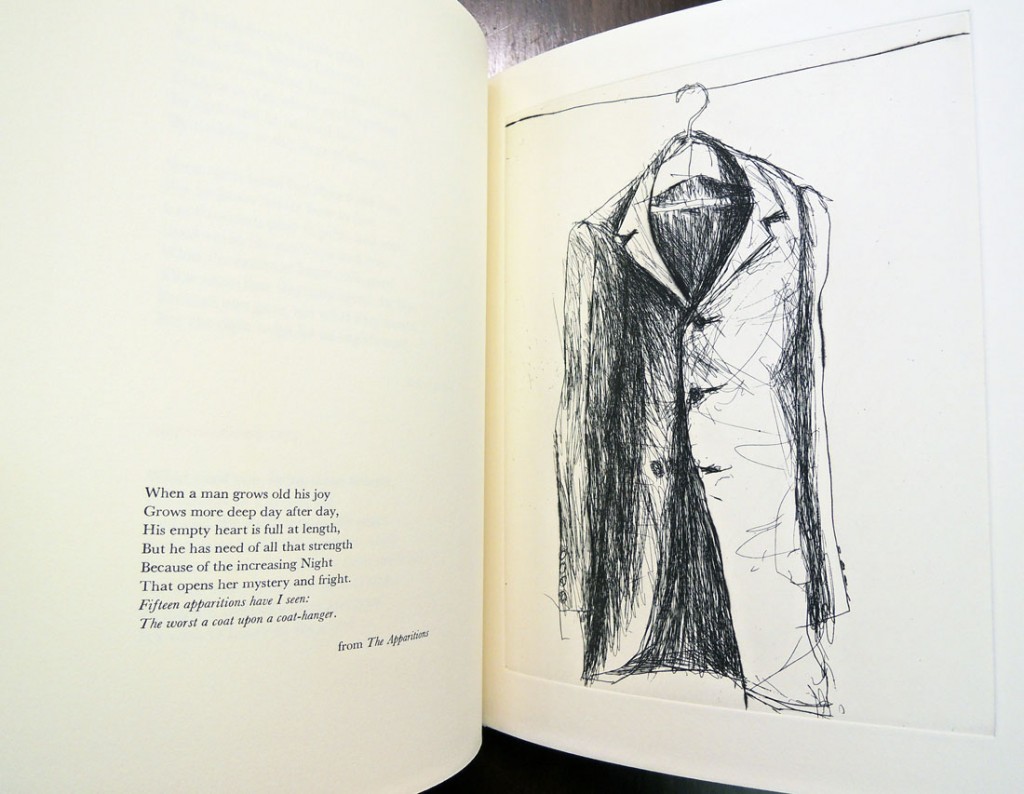 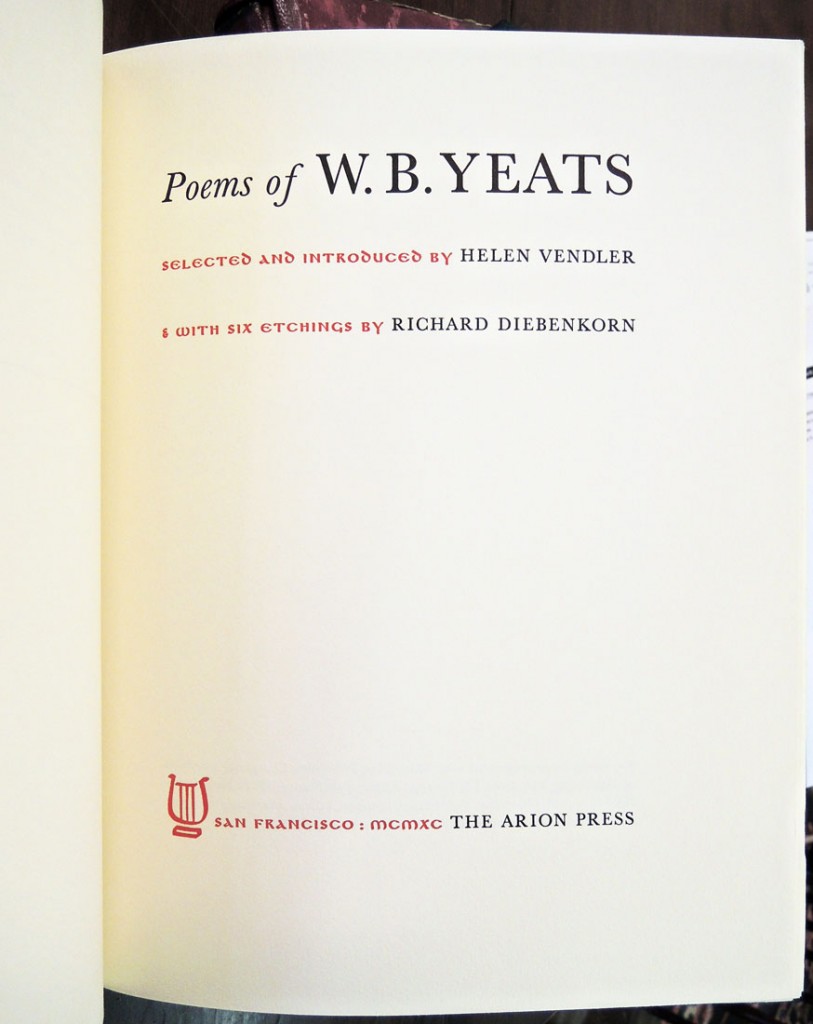 When a man grows old his joy
Grows more deep day after day,
His empty heart is full at length,
But he has need of all that strength
Because of the increasing Night
That opens her mystery and fright.
Fifteen apparitions have I seen;
The worst a coat upon a coat-hanger.

–verse from The Apparitions by W.B. Yeats

Yeats wrote this poem in March/April 1938 and published it before the end of that year. The 73 year-old poet had not been well and knew he was coming to the end of his life. Similarly, Richard Diebenkorn was in his last years in 1990 when he received a commission to create work for Arion Press. The artist agreed and chose to visualize Yeats’s late poems.

“The poetry of William Butler Yeats (1865-1939) burst the boundaries of its native Ireland to become part of world culture. Helen Vendler, one of the foremost authorities on modern poetry and a University Professor at Harvard, selected for the Arion Press 145 poems and provided an introductory essay for the book. Richard Diebenkorn (1922-1993), internationally recognized as one of America’s leading artists, took the Yeatsian theme of an empty coat on a hanger to produce a series of prints transforming the garment from a representational frock-coat into an abstracted suit-bag. The sixth etching is a double map of Ireland, indicative of that divided country.”–prospectus

It is, perhaps, surprising that the Graphic Arts Collection did not already own a copy of this fine press edition but the gap has now been filled. 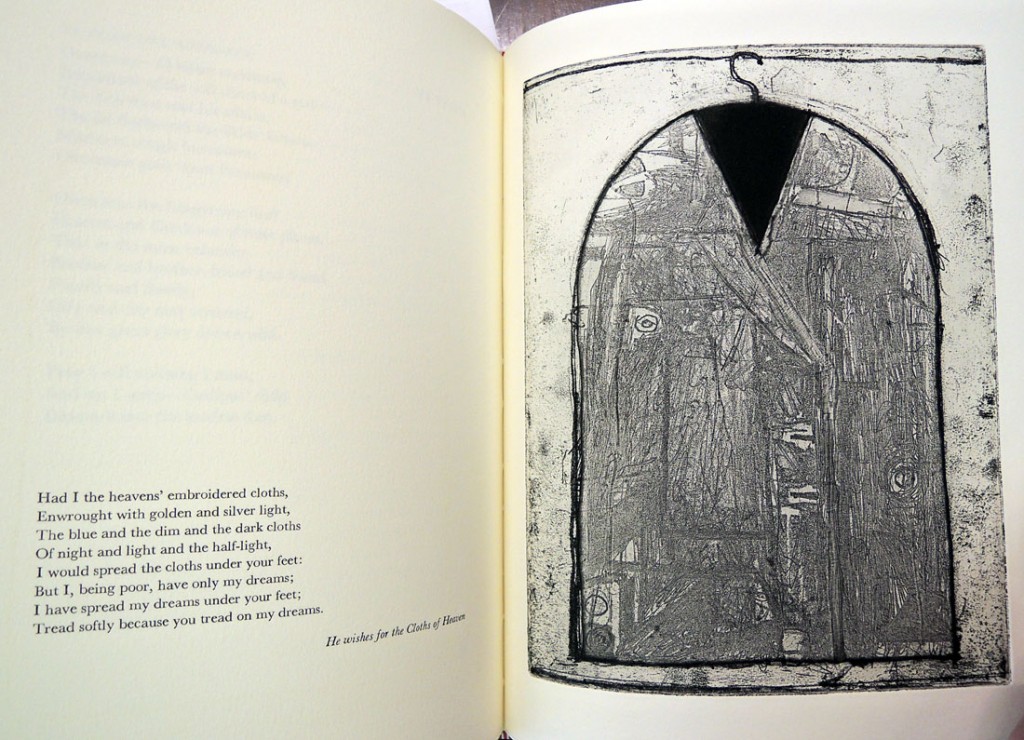 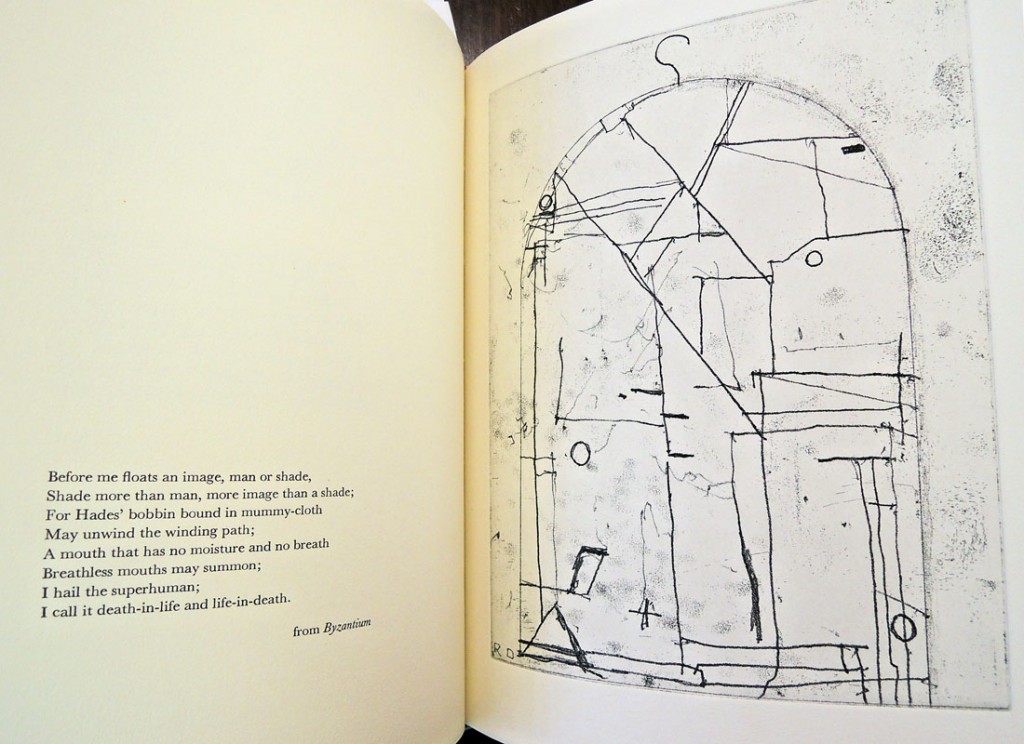 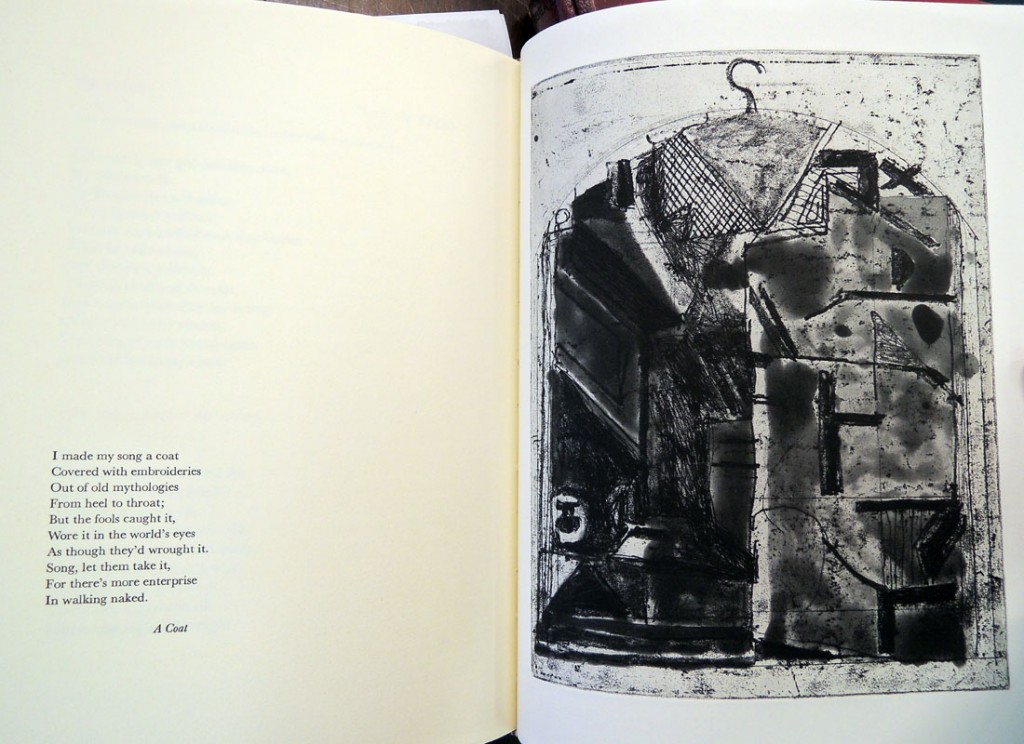