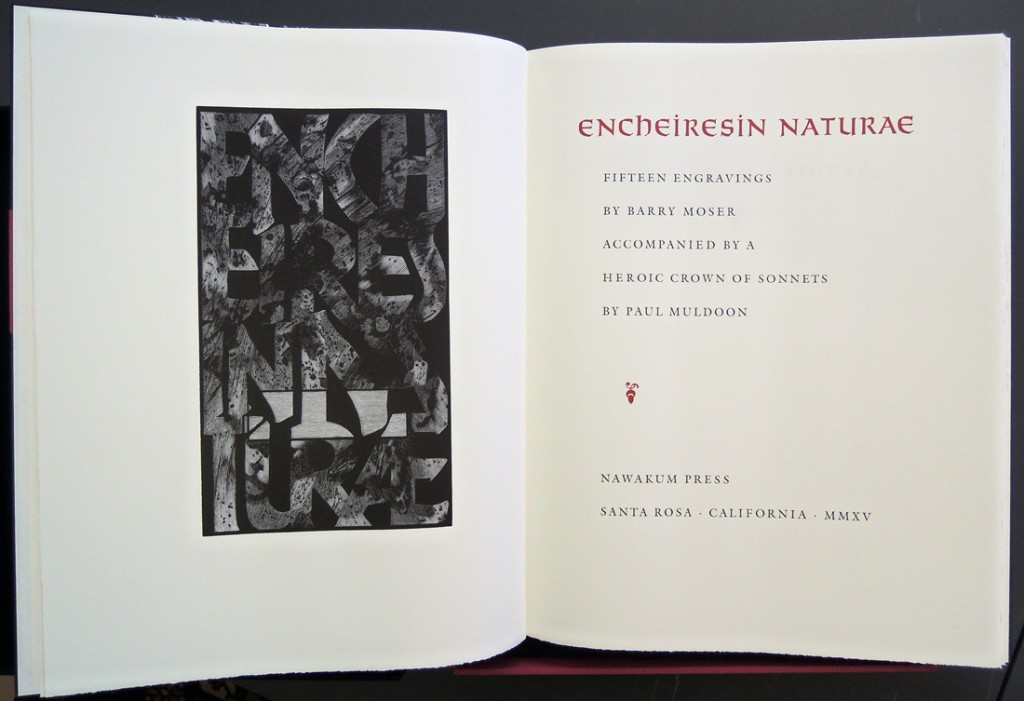 The Graphic Arts Collection is fortunate to have acquired Encheiresin Naturae, a collaboration between Barry Moser, Smith College Professor-in-Residence in Art & Printer to the College, and Paul Muldoon, Howard G.B. Clark ’21 University Professor in the Humanities; Director, Princeton Atelier; Professor of Creative Writing; and Chair, Fund for Irish Studies. 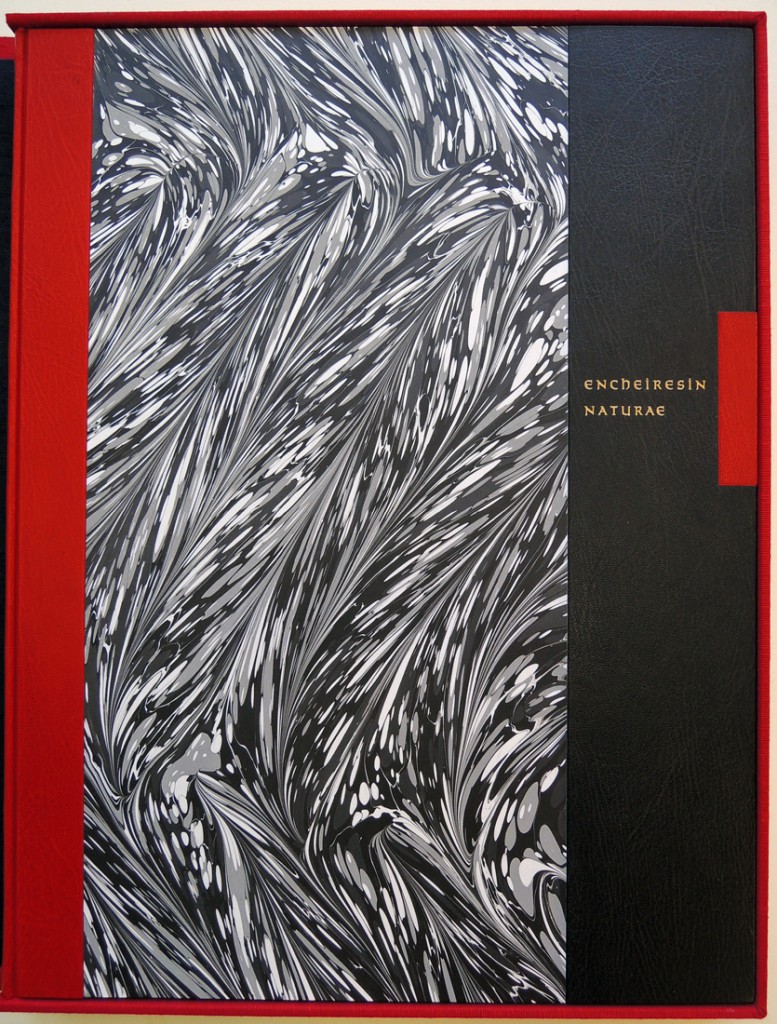 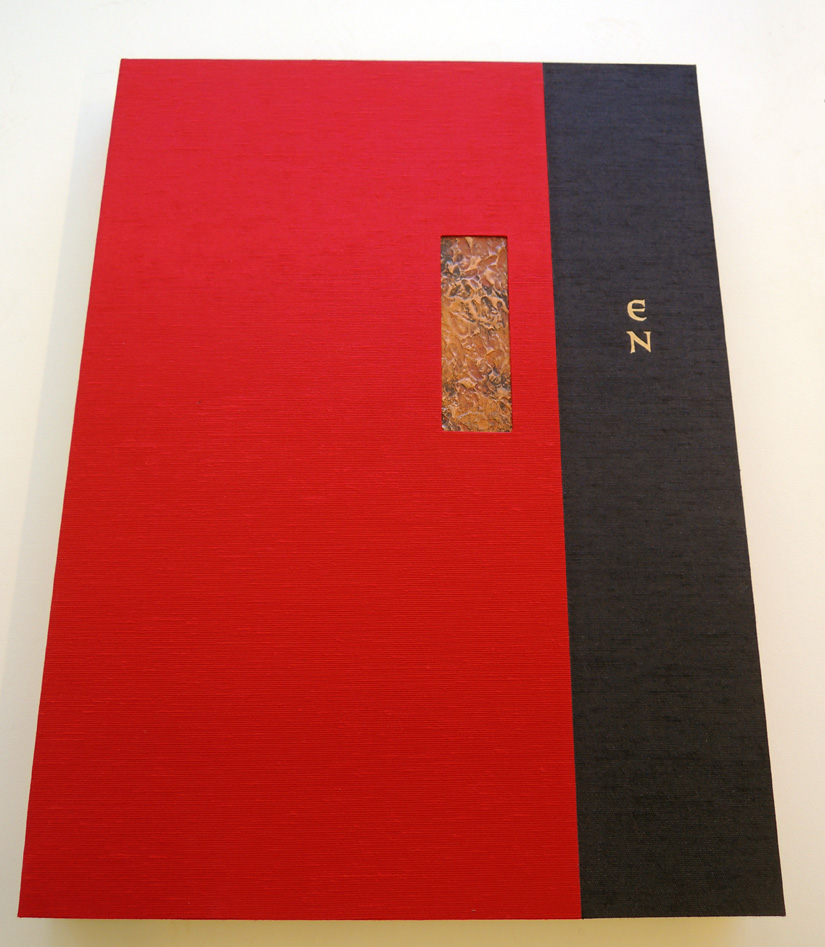 “Fifteen abstract relief engravings were invented and engraved by Moser in his studio in Hatfield, Massachusetts in 2014. They were inspired by the phrase encheiresin naturae taken from reading Goethe’s Faust, referencing an alchemist’s experiments in “manipulating nature.” Muldoon was asked to respond to the images poetically and he chose an advanced form of a crown of sonnets, known as a sonnet redoublé, or heroic crown of sonnets for his tour-de-force response.”–prospectus 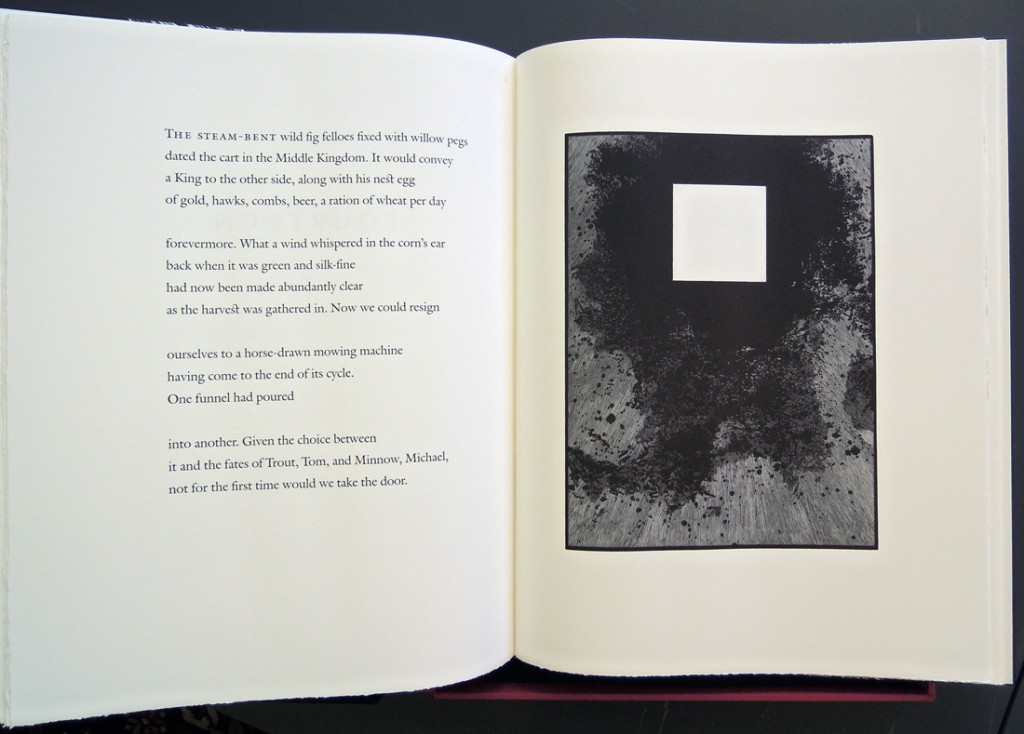 Encheirisen Naturae was printed by Art Larson at Horton Tank Graphics directly from the blocks on a Vandercook Universal IV. The paper is mouldmade Zerkall and Twinrocker handmade. Jemma Lewis of Wiltshire, UK, designed and produced the marbled papers. The binding is by Craig Jensen of BookLab II in San Marcos, Texas. 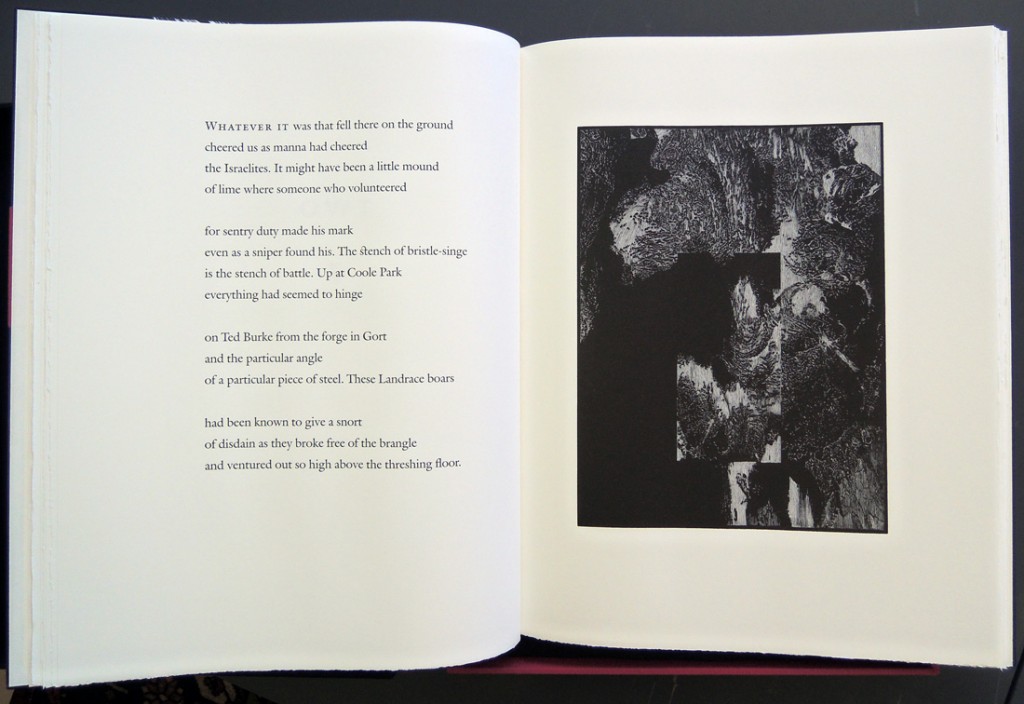 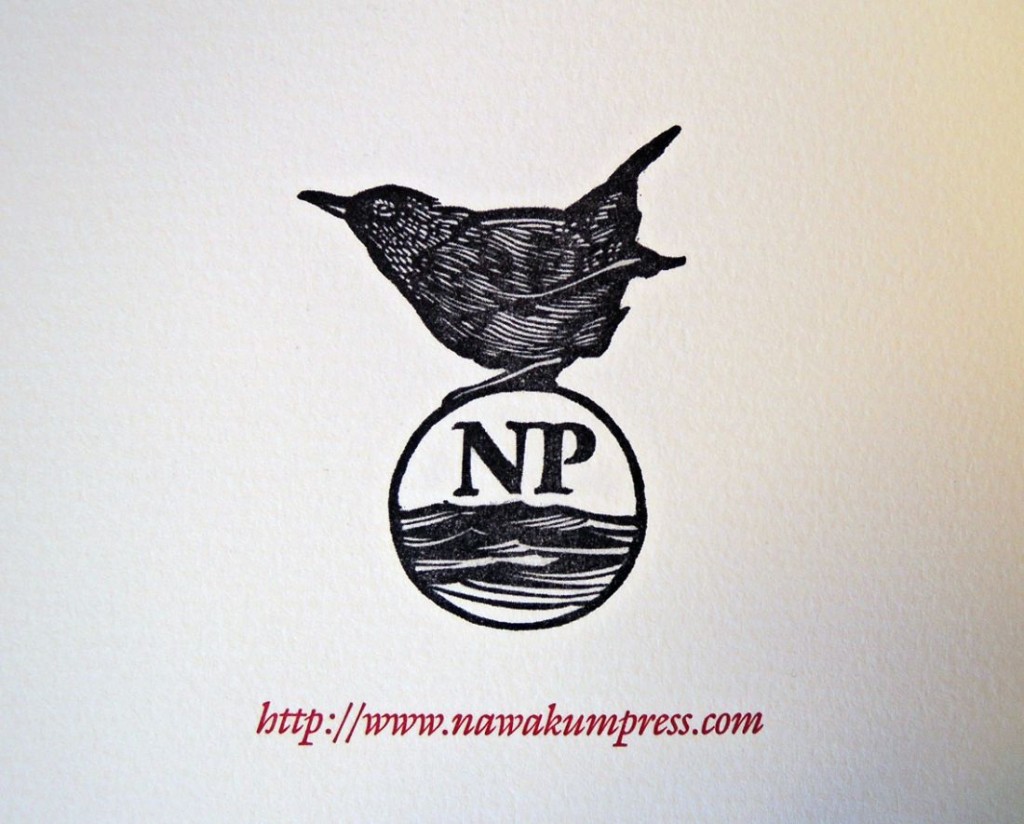