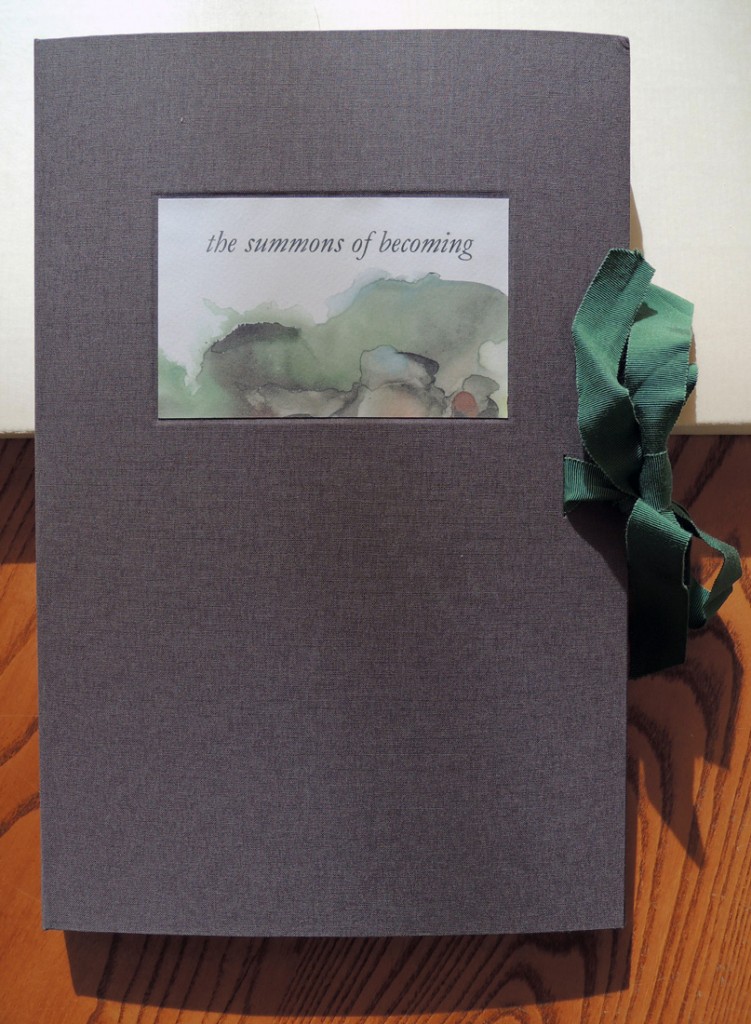 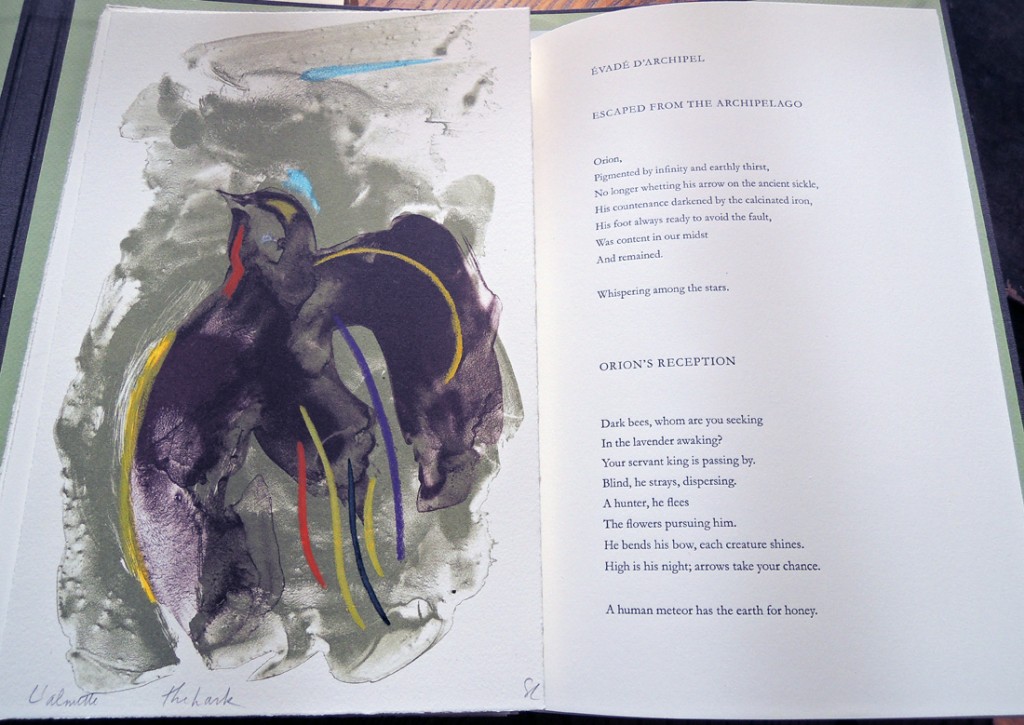 René Char has long been recognized as one of France’s greatest modern poets, whose prolific career began with Surrealism and ended only with his death in 1988. On February 27-28, 2015, Princeton University will host a series of academic talks, a film, and readings of Char’s work by poets, critics, and students.

This colloquium, open to the public, will address philosophical, historical and aesthetic issues raised particularly through Char’s texts from 1938-1947. It will include remarks by filmmaker Jérôme Prieur and several scholars, a conversation with Marie-Claude Char, René Char’s widow and editor of numerous books on his poetry, as well as a set of readings and translations by well-known poets, translators and members of Princeton’s French theater company, L’Avant-Scène. 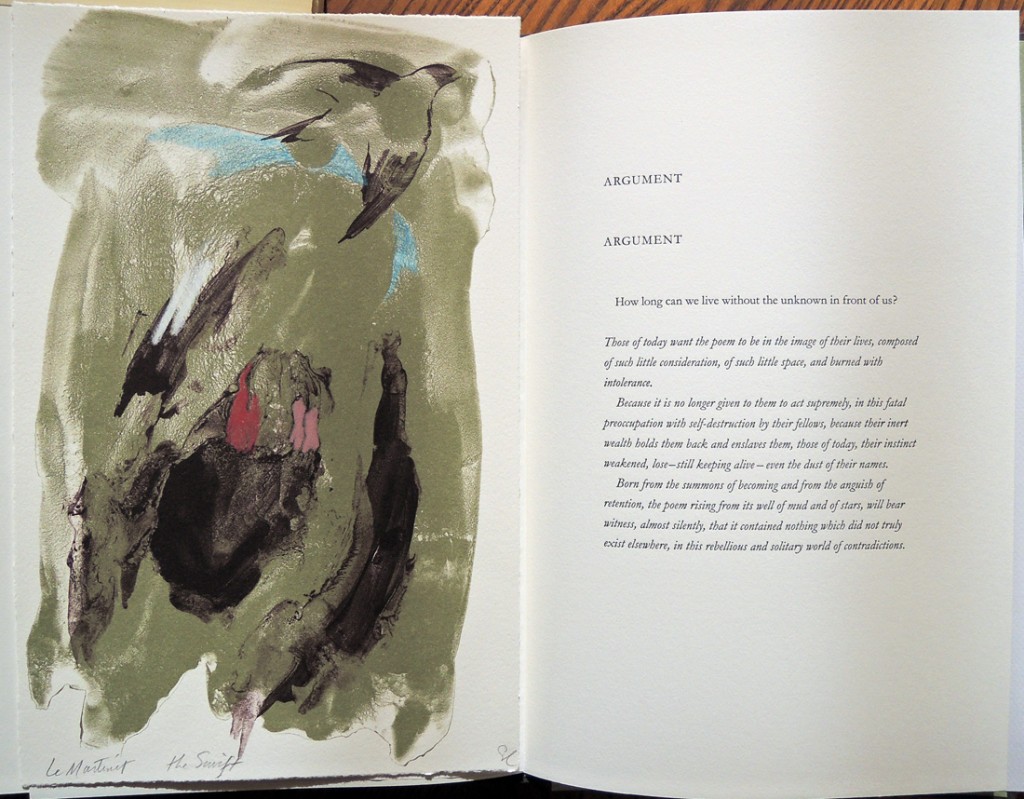 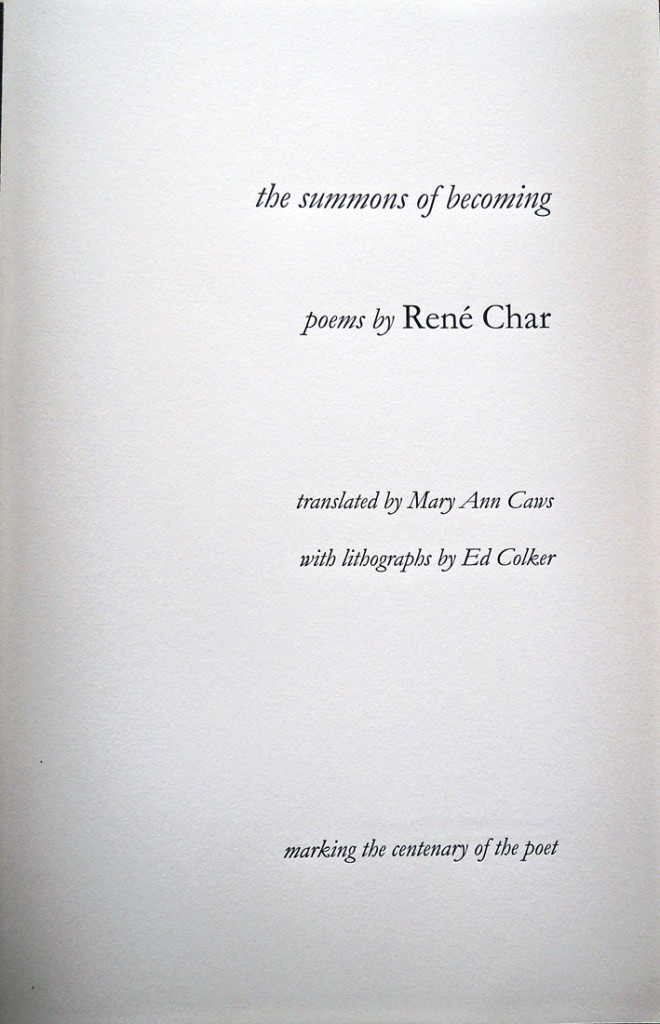 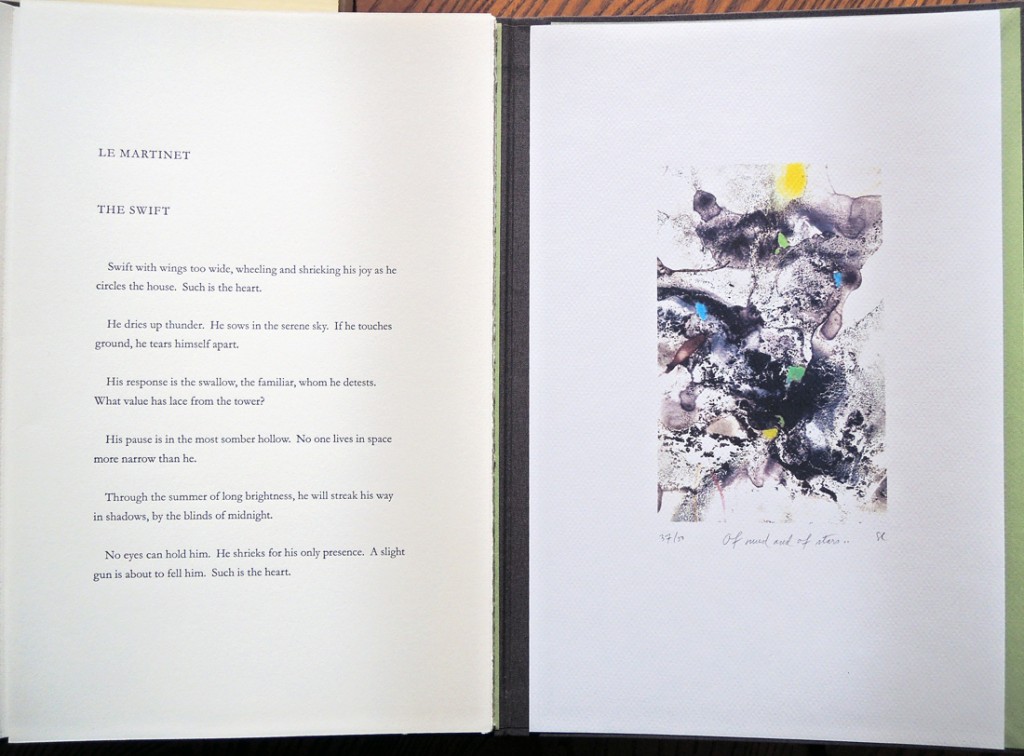 René Char (1907-1988), The Summons of Becoming: Marking the Centenary of a Poet. Poems by René Char, translated by Mary Ann Caws with lithographs by Ed Colker (Millwood, N.Y.: Haybarn Press, 2007). Copy 37 of 50. Graphic Arts Collection GAX oversize 2010.0383Q. “This portfolio edition was conceived to celebrate the centenary of René Char, poet and leader in the French Resistance during World War II.” — colophon. “The images were hand-colored as pochoir by the artist.”

For information and a schedule of events, please consult the Princeton University website (http://complit.princeton.edu/events)