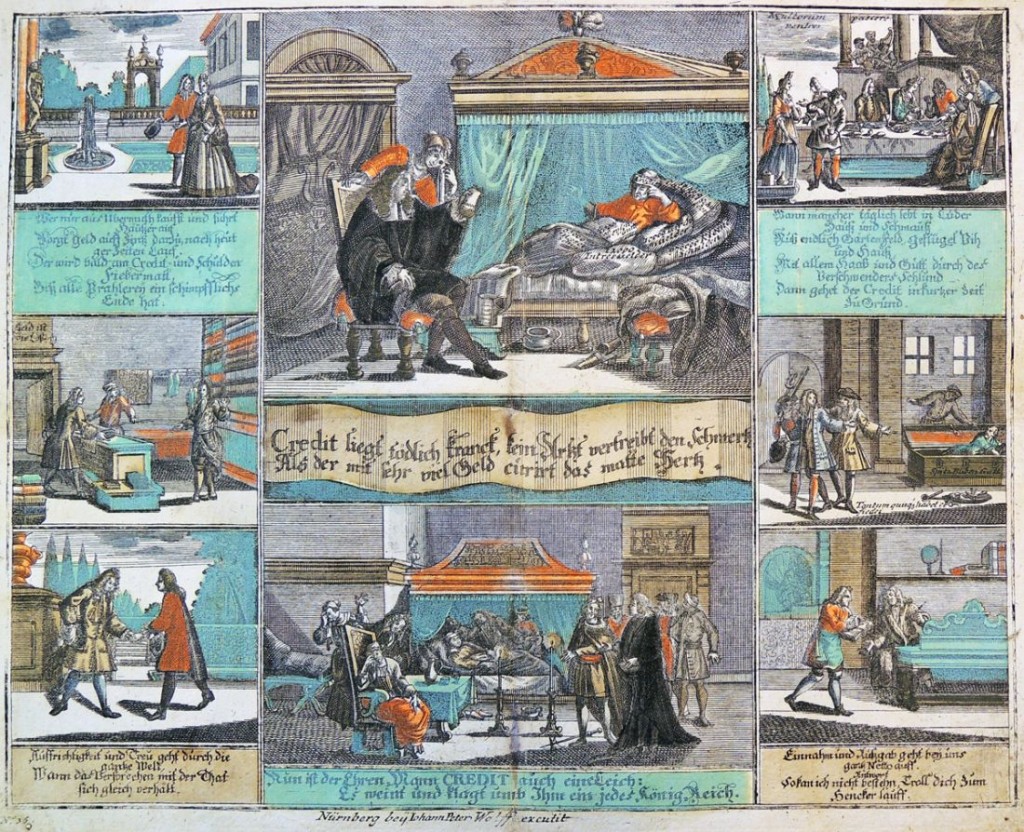 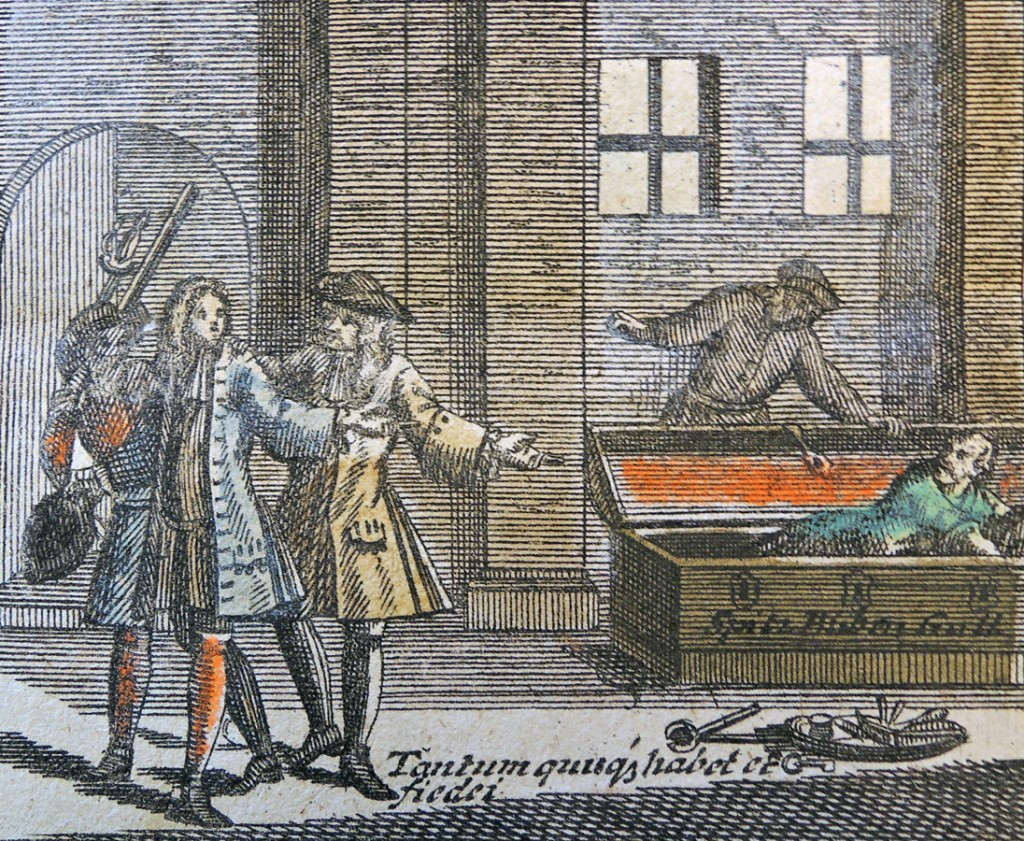 This stencil colored engraving, warning of the dangers of credit, was published by the Nuremberg firm of Johann Peter Wolff (1655-1711), possibly made by Wolff himself. In the early eighteenth century, his four sons took over the publishing company and continued producing copperplate engravings under his name.

The engraving highlights the risks of wastefulness and profligacy, warning that “credit lies deadly ill; no doctor will drive out the pain, when the man with lots of money heals the faint heart.” The consequences are clearly shown in the two central panels, while the three down each side warns us of the dangers of money and the folly of living beyond one’s means. 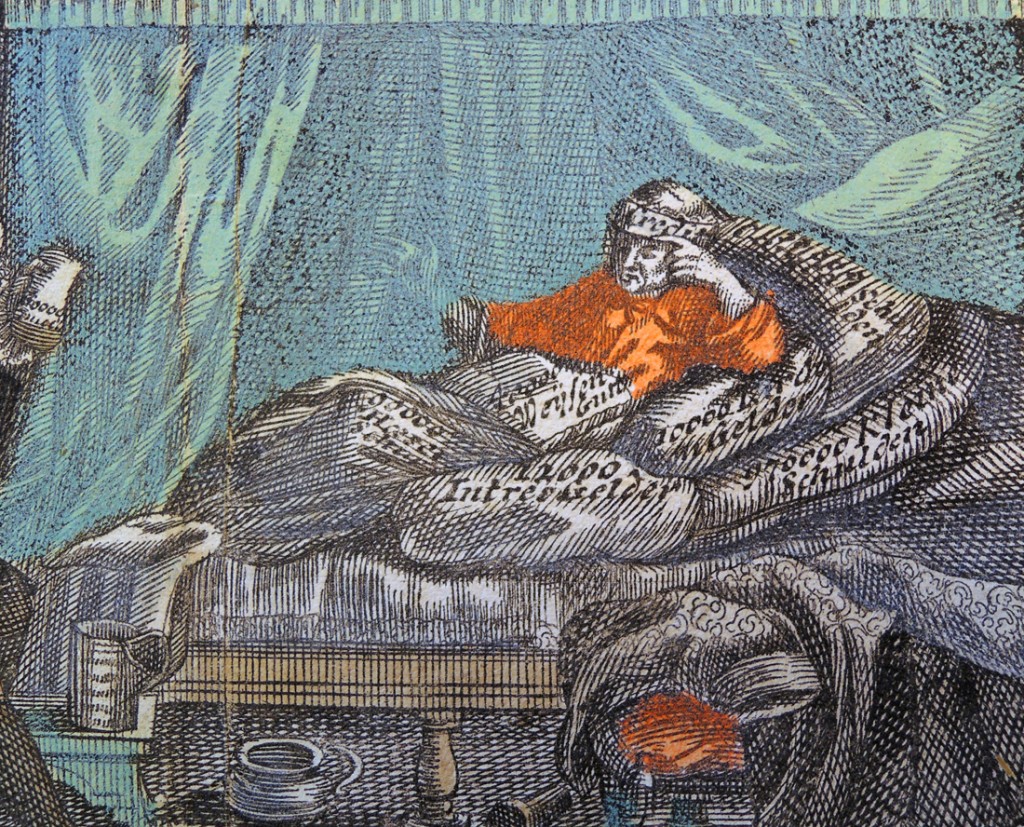 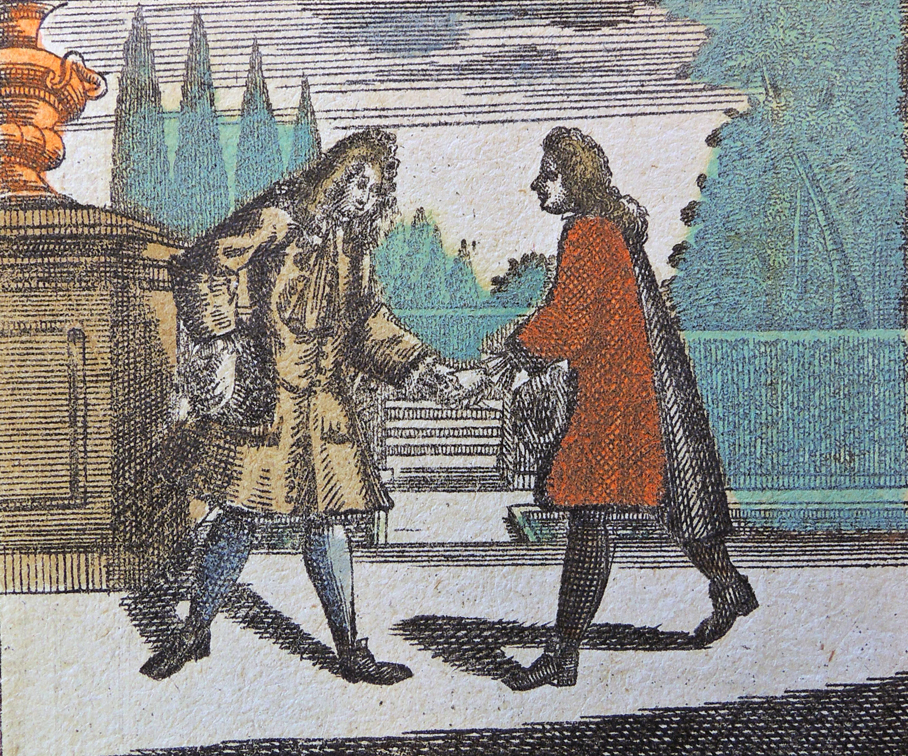 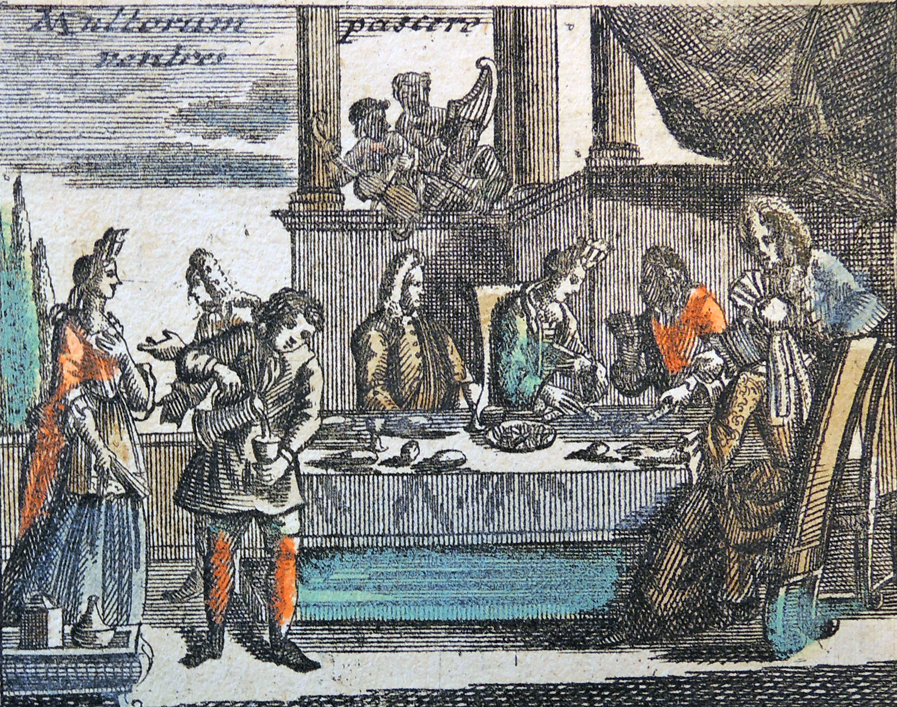