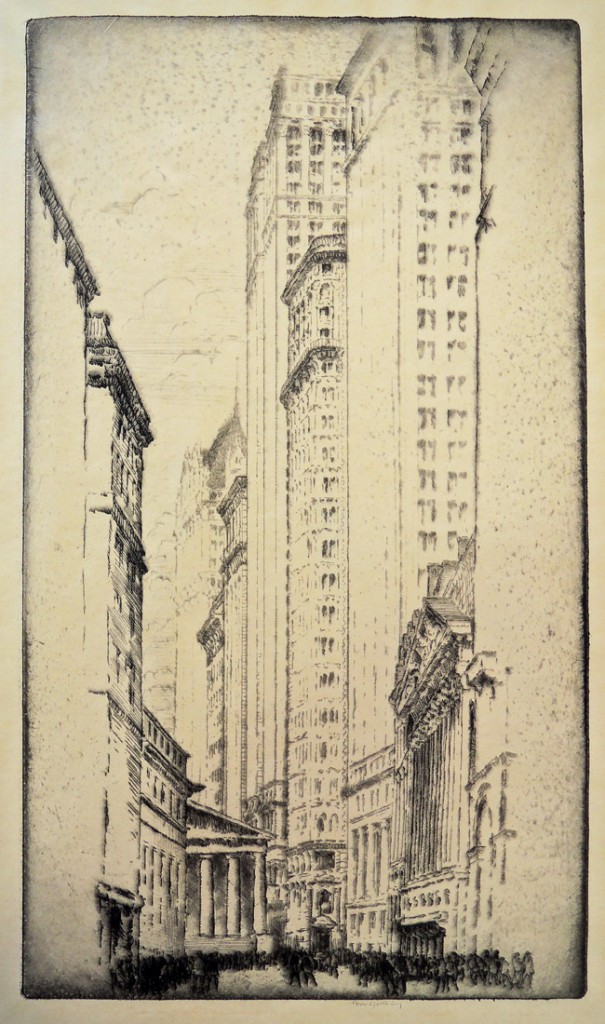 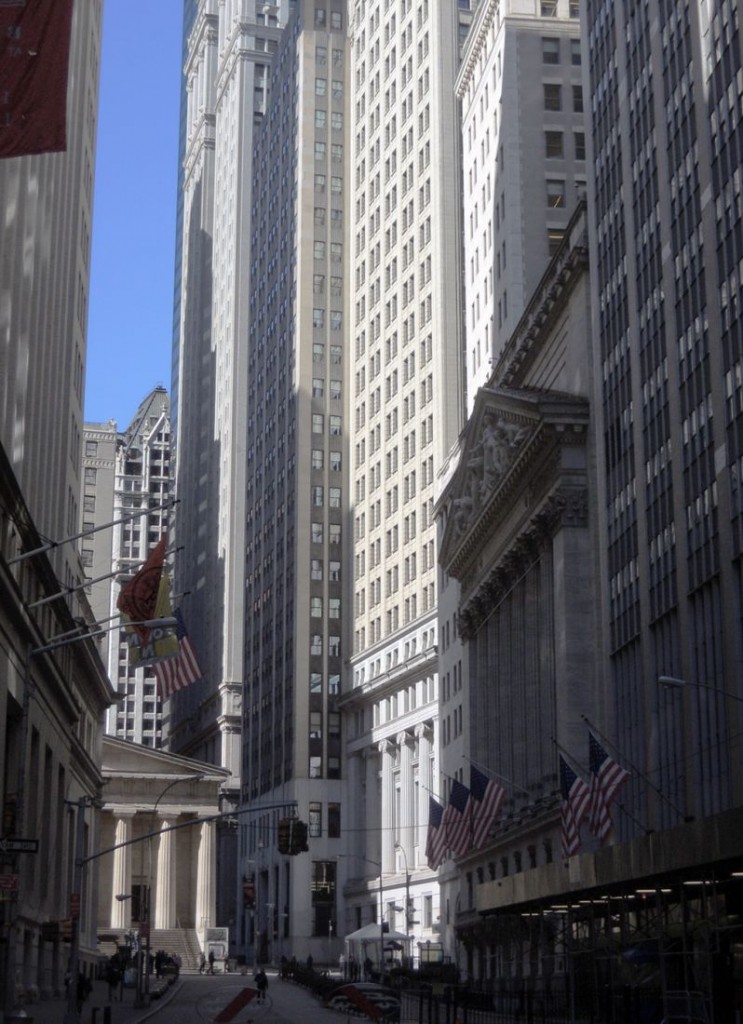 The same view today up Broad Street, looking toward Federal Hall at the corner of Wall Street. I have laterally reversed the image to match the etching above. 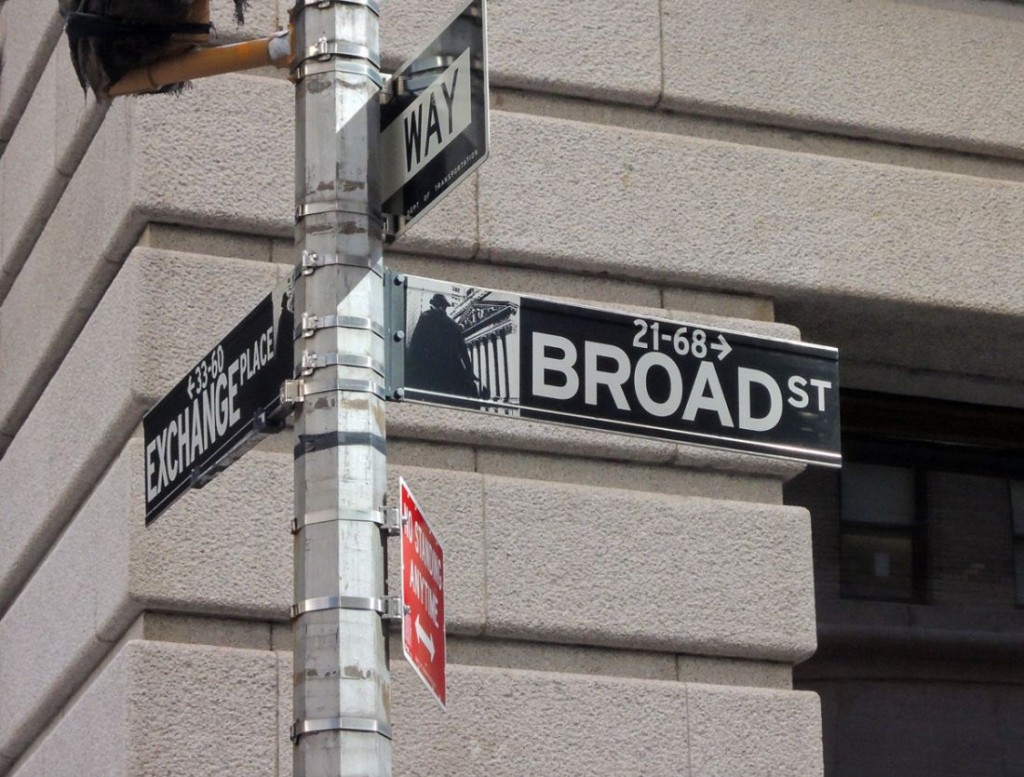 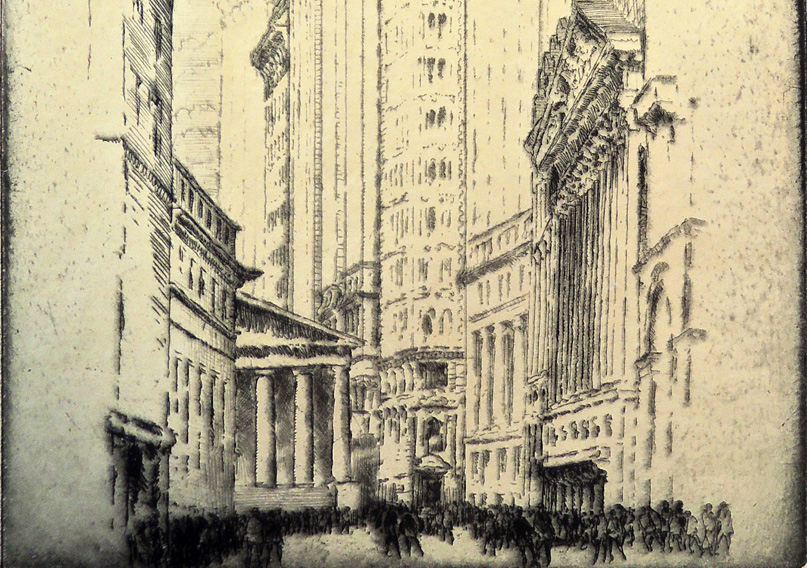 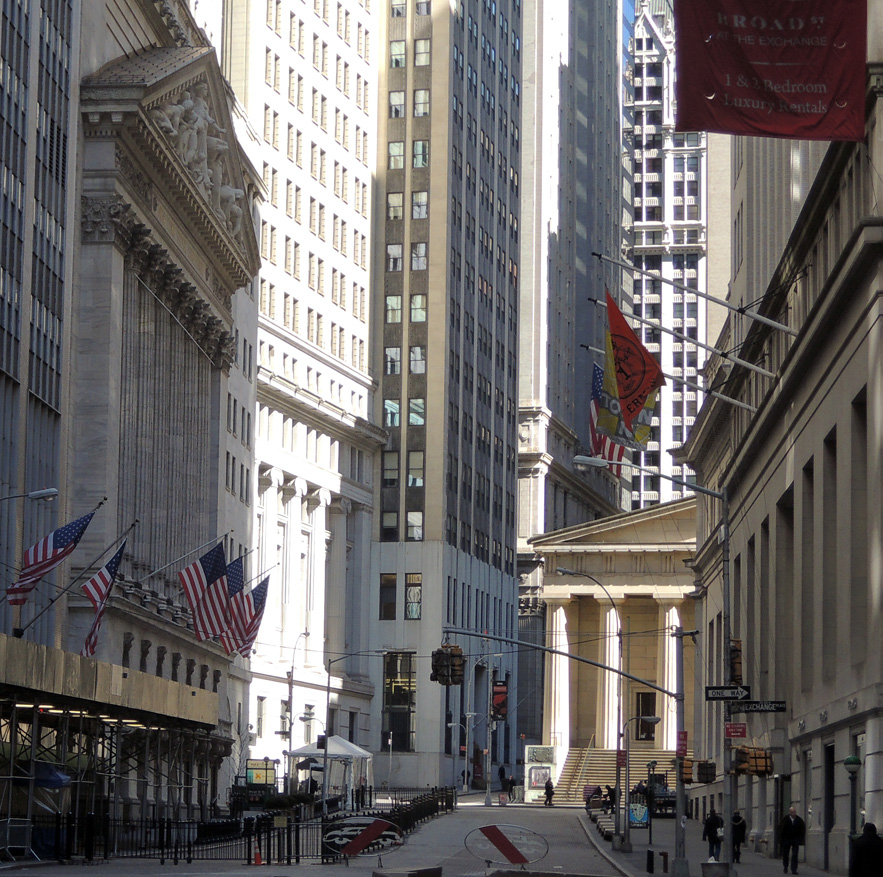 Detail without reversing the architecture.

In the actual street, we see the old New York Stock Exchange on the left and the Federal Hall slightly to the right. Broad Street was named because it was broader than the other streets in the area. It follows the route of a colonial canal that emptied into the east River, until it was filled in and paved in 1676.

This corner offers an amazing view of three classical orders of columns: the plain, heavy Doric at Federal Hall; the slender Ionic at 14 Wall Street; and the elaborate Corinthian with their decorative capitals at the Stock Exchange (detail below). 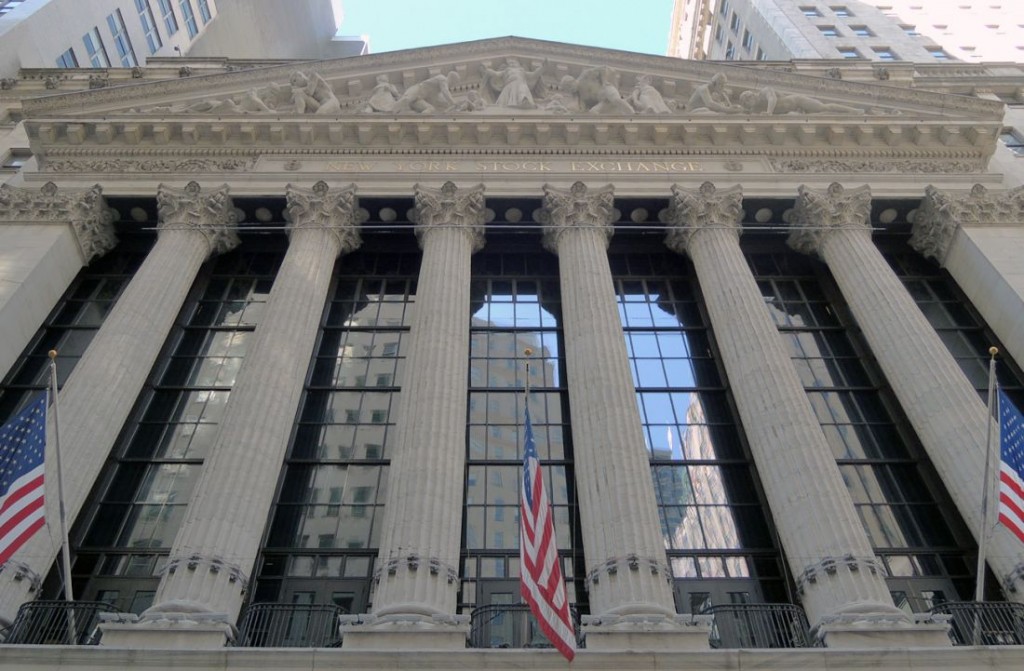