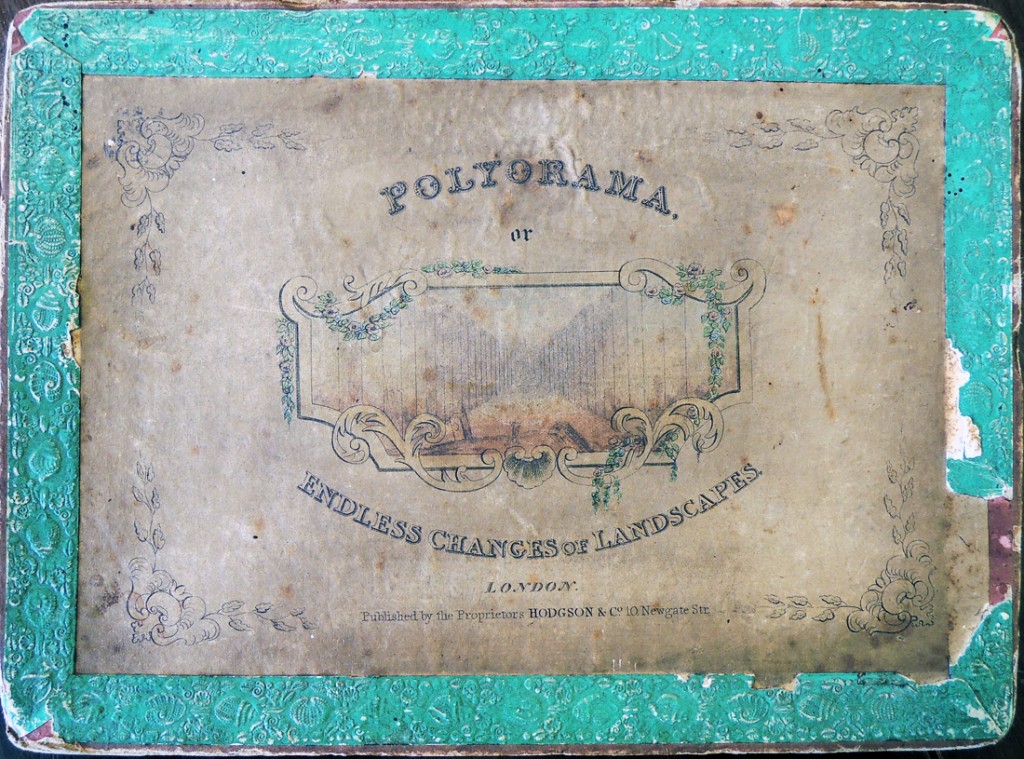 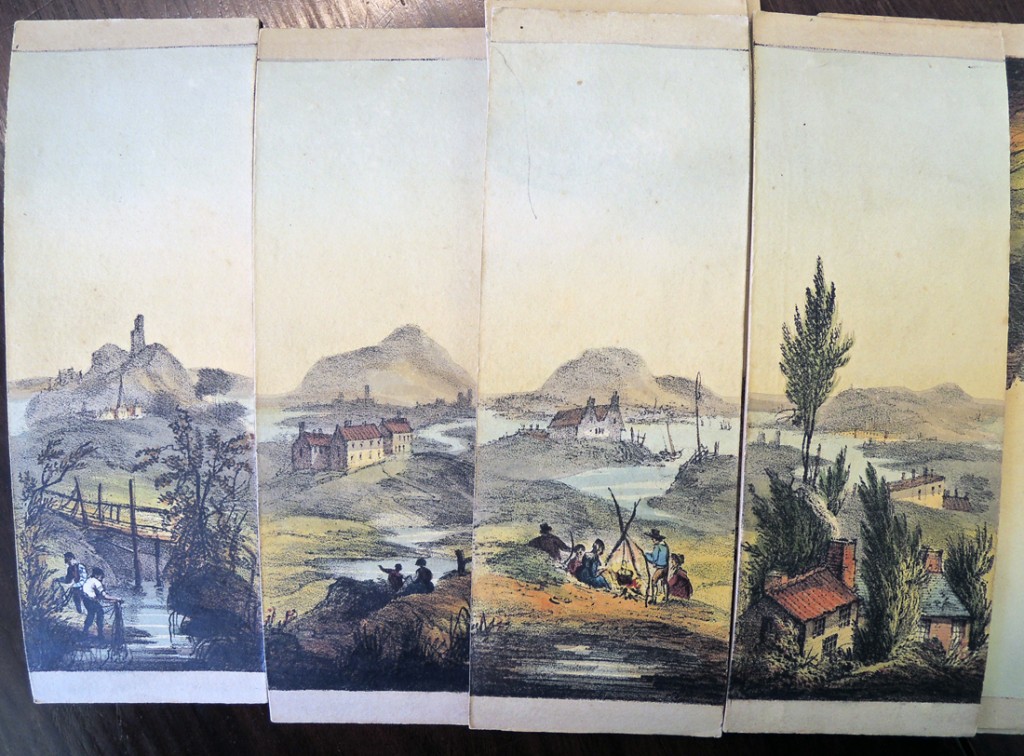 The Graphic Arts Collection recently acquired an early lithographic Polyorama, which presumably follows the success of John Clark’s Myriorama. The cards are printed by the English firm Hodgson & Company, which published a number of lithographic landscape views during the 1820s.

‘The formulaic nature of the picturesque landscape had become, by the nineteenth century, a visual cliché, so much so that it was fashioned by John Clark into a children’s game called the Myriorama, a Collection of Many Thousand Landscapes in 1824. Clark followed this first Myriorama of English-like scenery with a second series composed of Italian scenery which made explicit the classical, Claudean antecedents of Gilpin’s picturesque formula. As the suffix ‘orama’ suggests, Clark saw his Myriorama as the domestic counterpart to those large-scale popular landscape amusements, the panorama and diorama.’ –Ann Bermingham, Learning to Draw: Studies in the Cultural History of a Polite and Useful Art (London: Paul MellonCentre, 2000): 107–08.

According to an advertisement in the Bristol Mercury of 17th May 1824, the views were by the Irish artist Frederick Calvert (c.1785–c.1845), who specialized in seascapes and landscapes, and later, also published a series of 39 plates depicting picturesque views of Staffordshire and Shropshire. 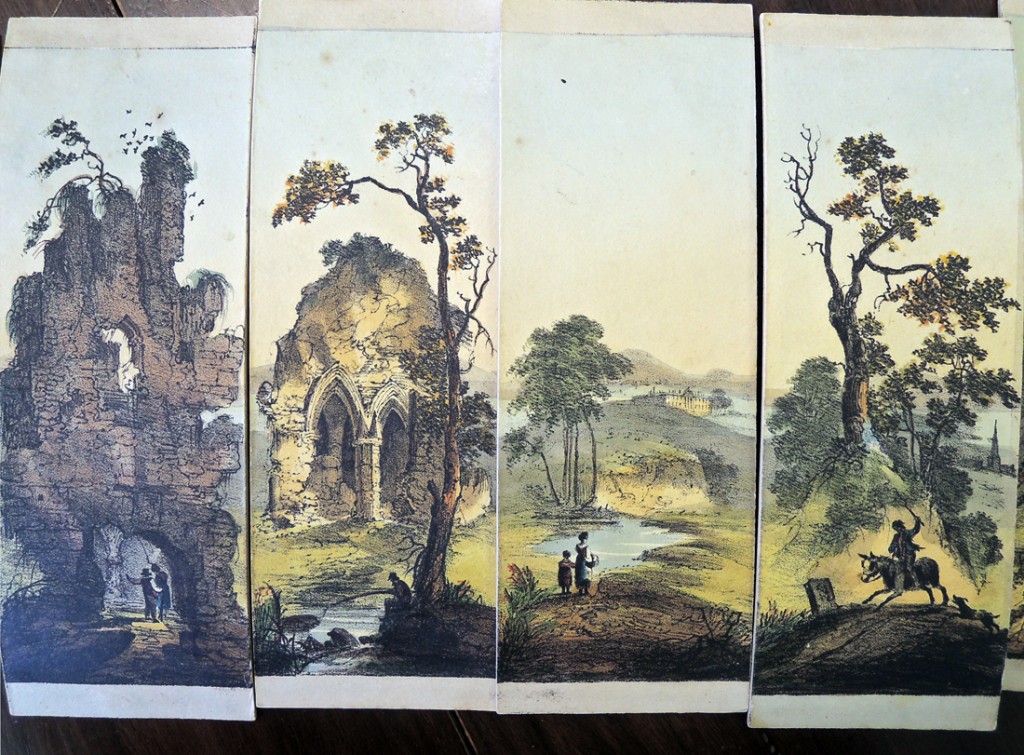 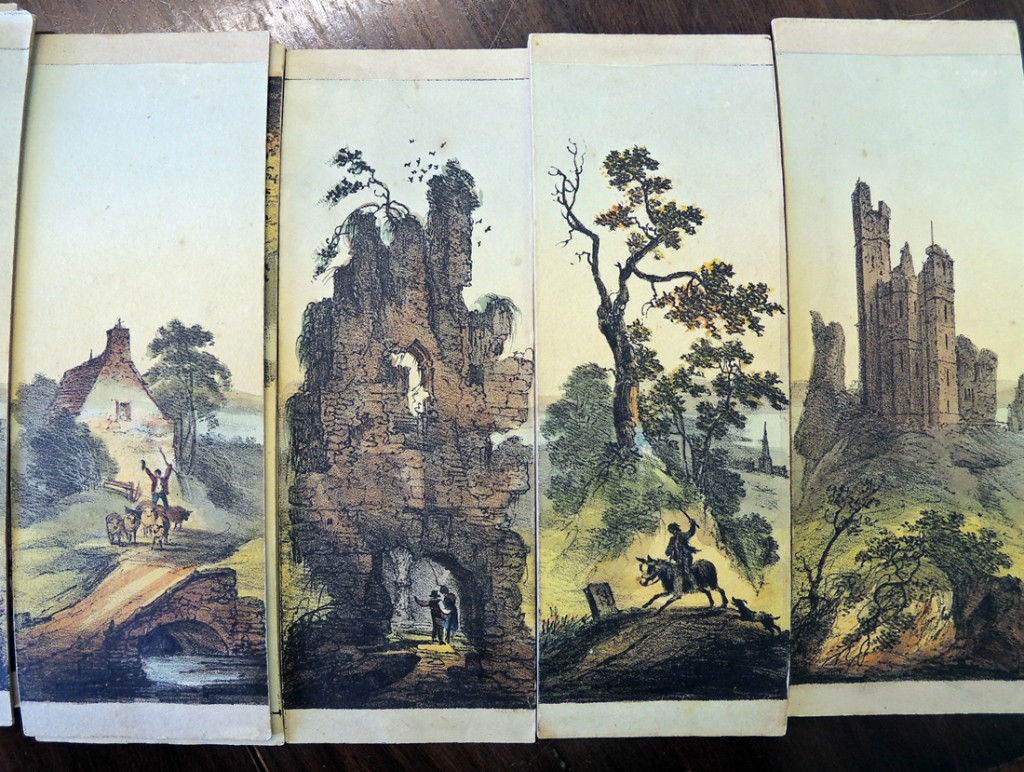 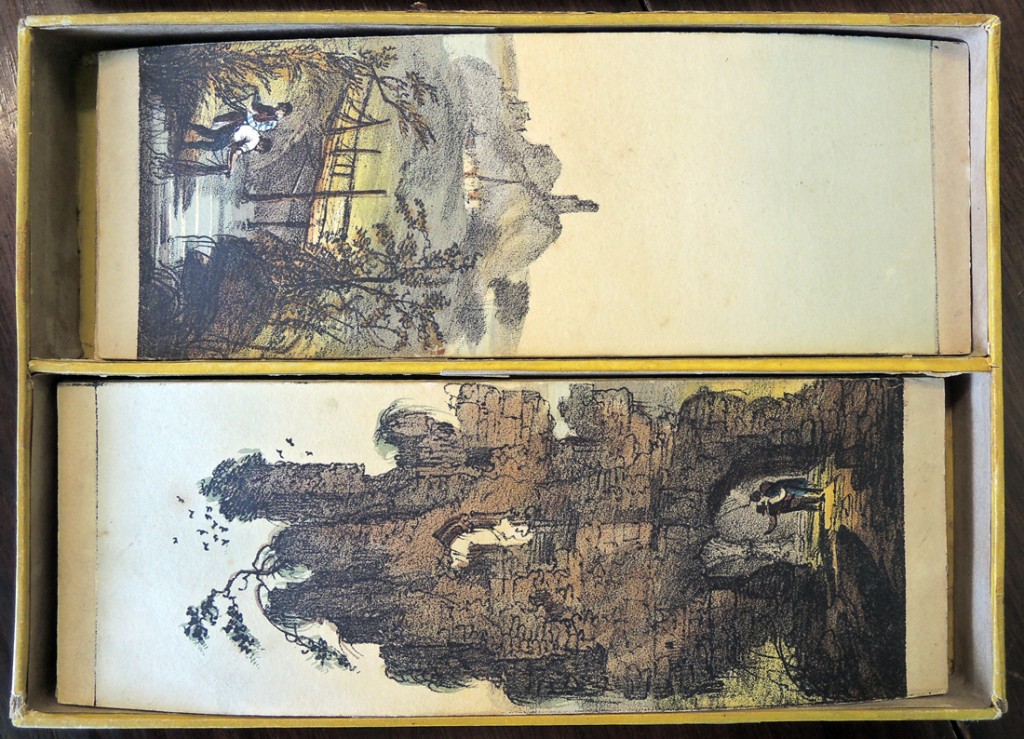 1 thought on “Polyorama or Endless Changes of Landscapes”