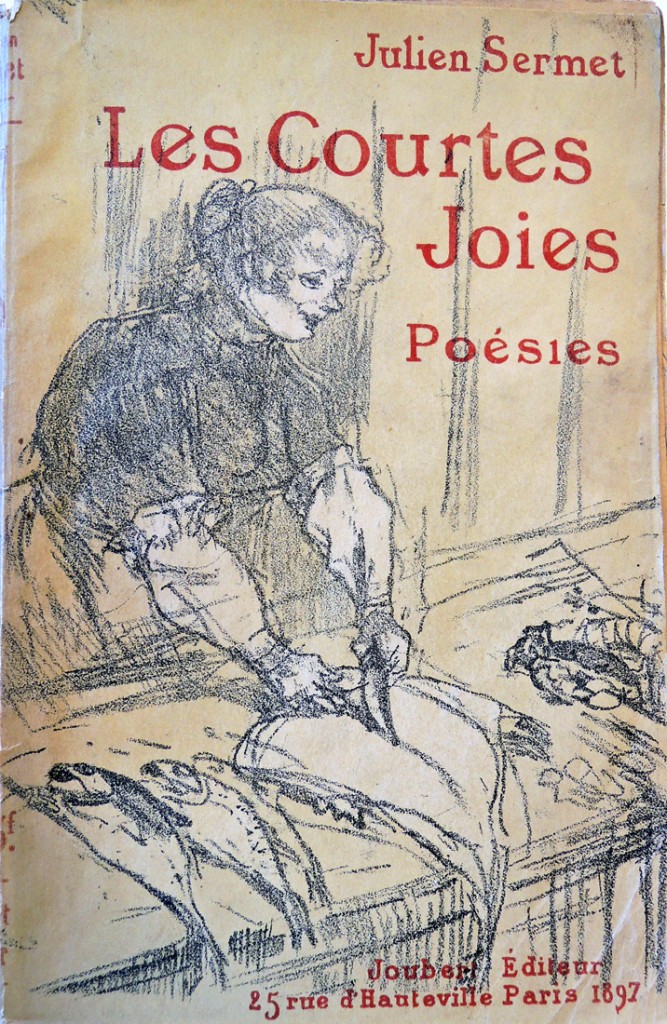 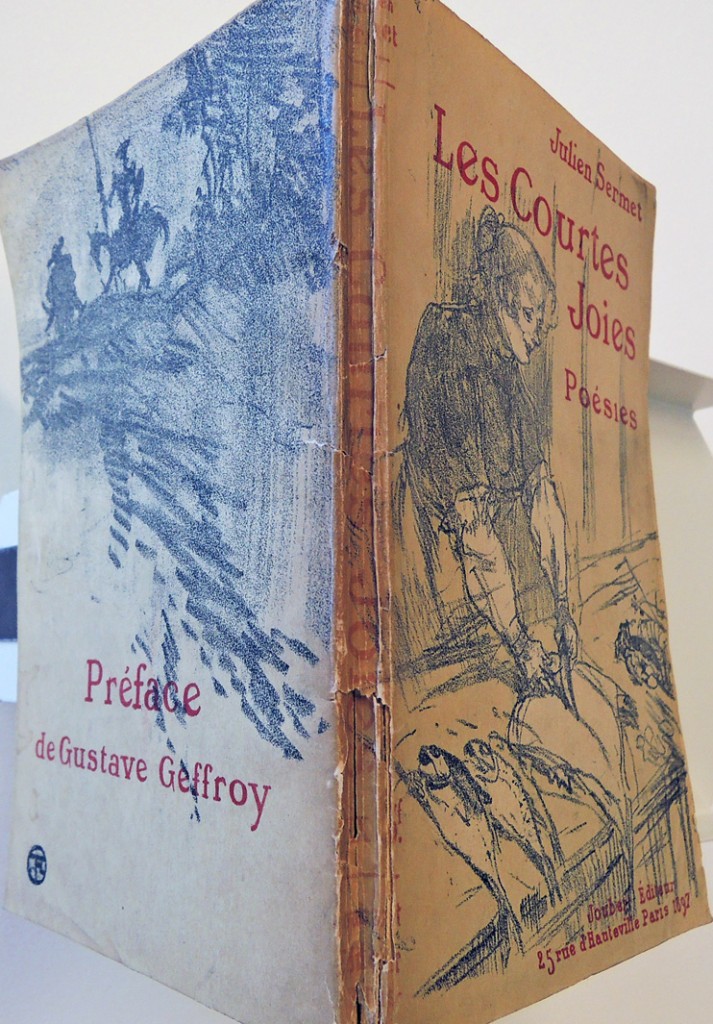 On several of these volumes the design continues around and onto the back cover. On this book, the artist depicts a fishwife selling herring  on the front, with the image of Don Quixote on the back. 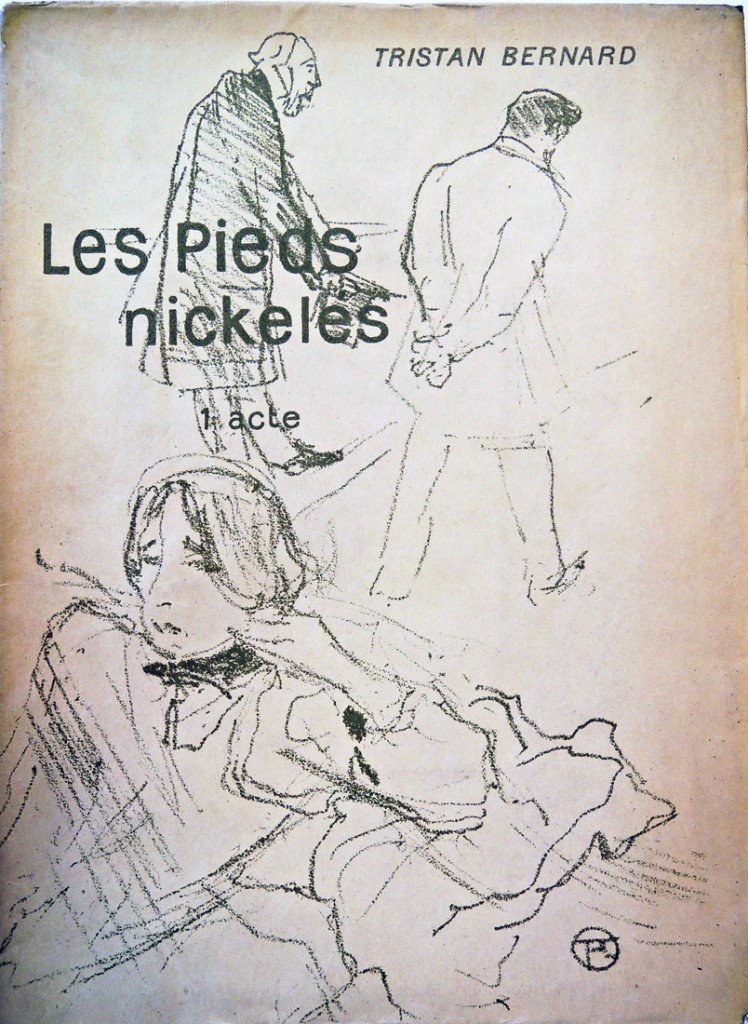 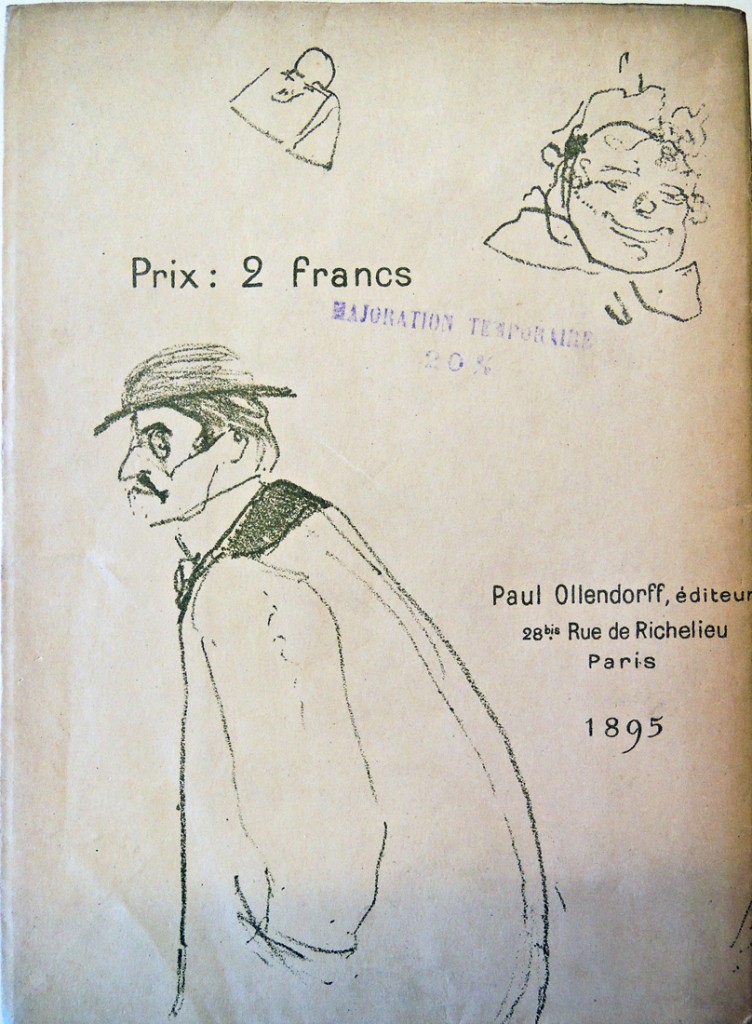 On the front of this book [above], Lautrec has drawn three figures. The woman seen at the bottom has been identified as the pianist Misia Sert (born Maria Zofia Olga Zenajda Godebska, 1872-1950) who was a patron to many French artists and with her first husband Thadée Natanson, hosted a salon in Paris. She also posed for many of the painters, including Lautrec. 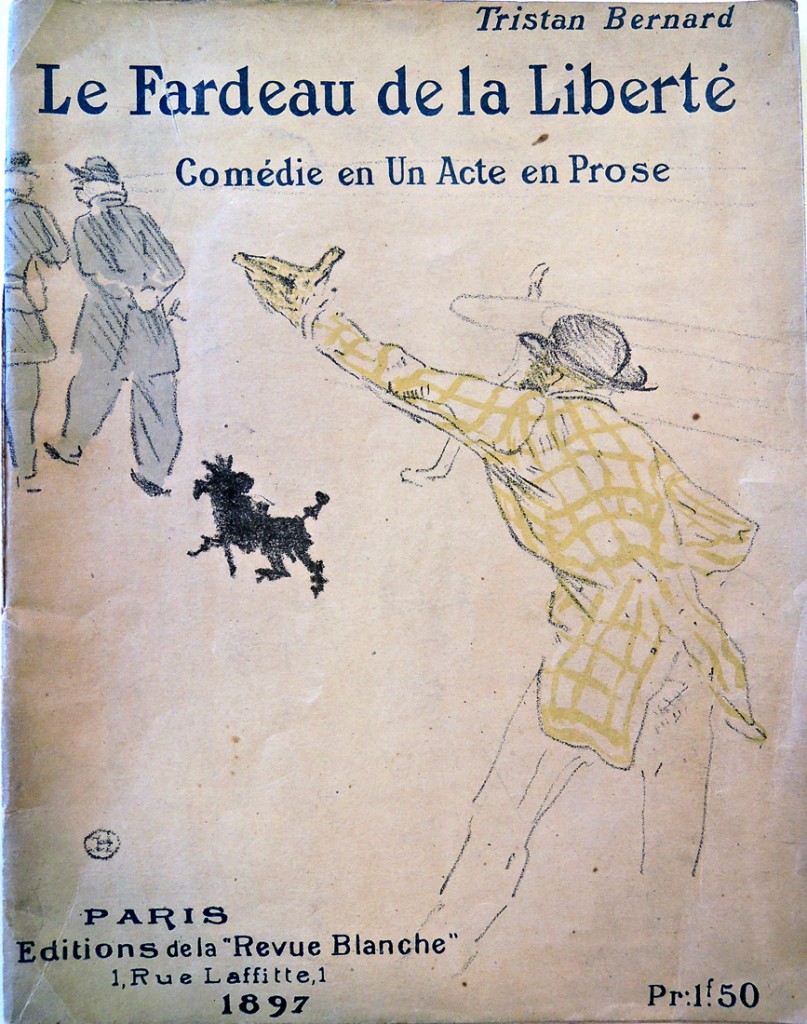 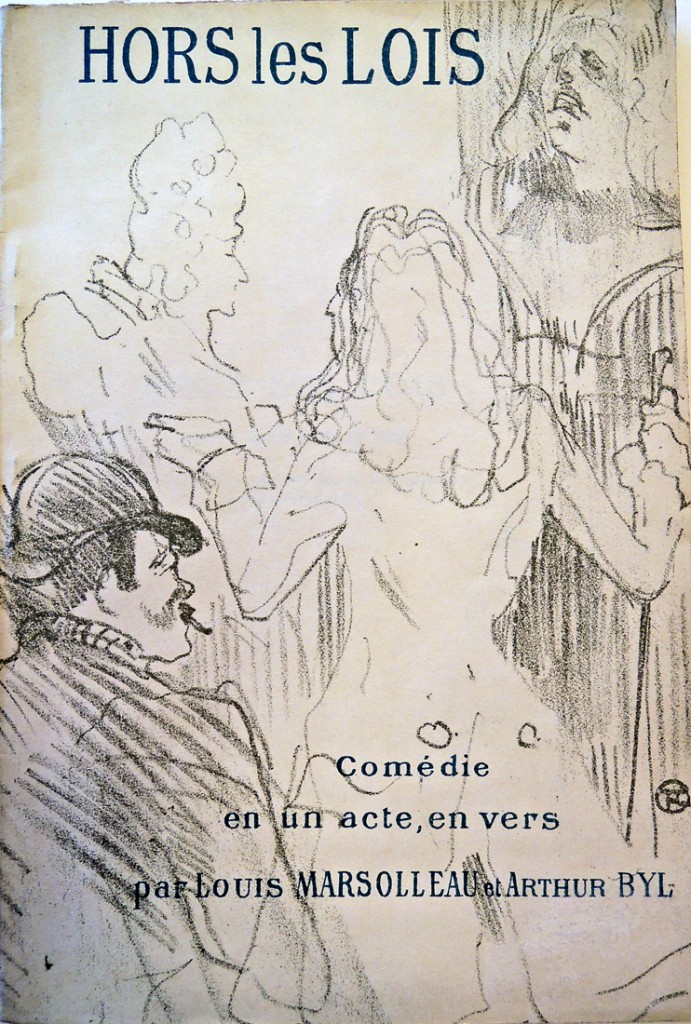 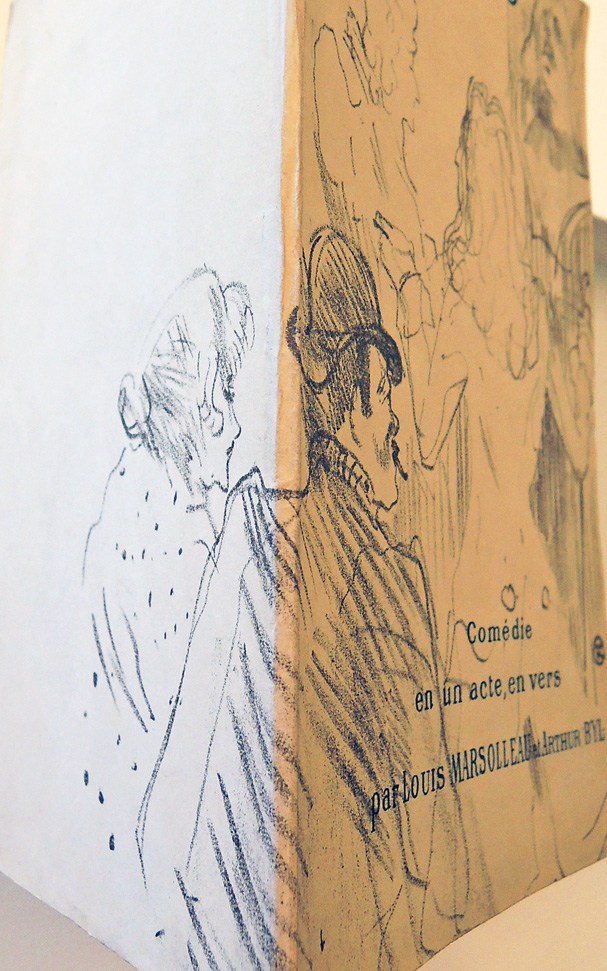 If you open the wrapper fully on this volume, you will see a couple watching two costumed actors admiring a bust of Molière. Lautrec went to the theater often and designed both posters and programs for many productions.