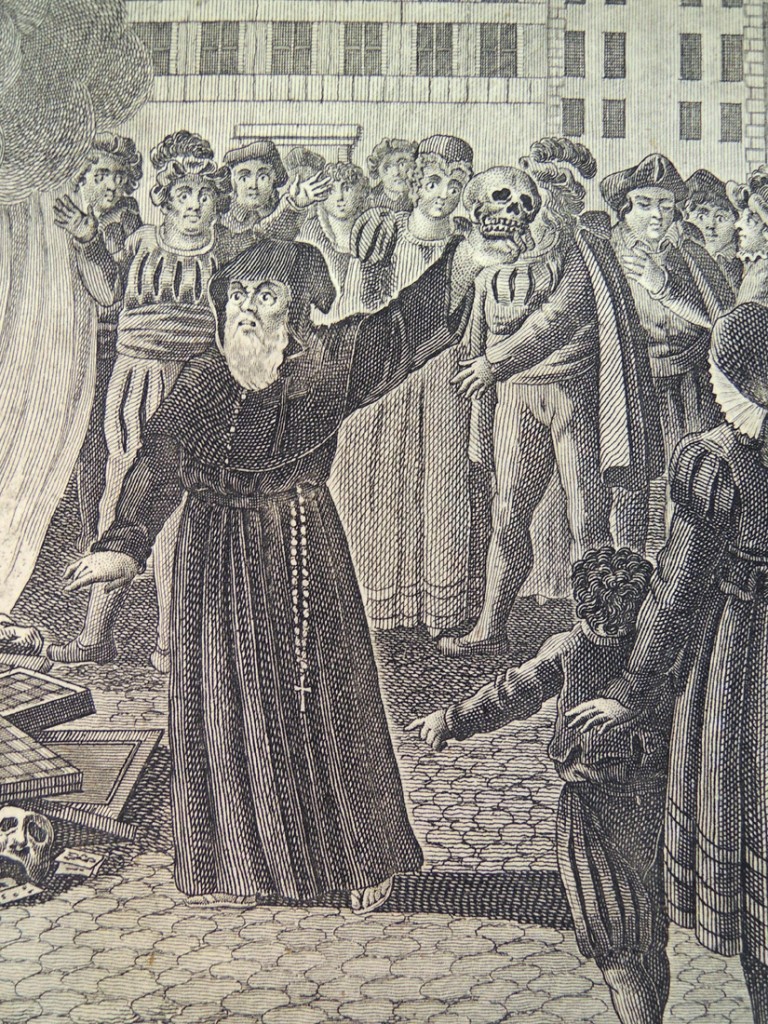 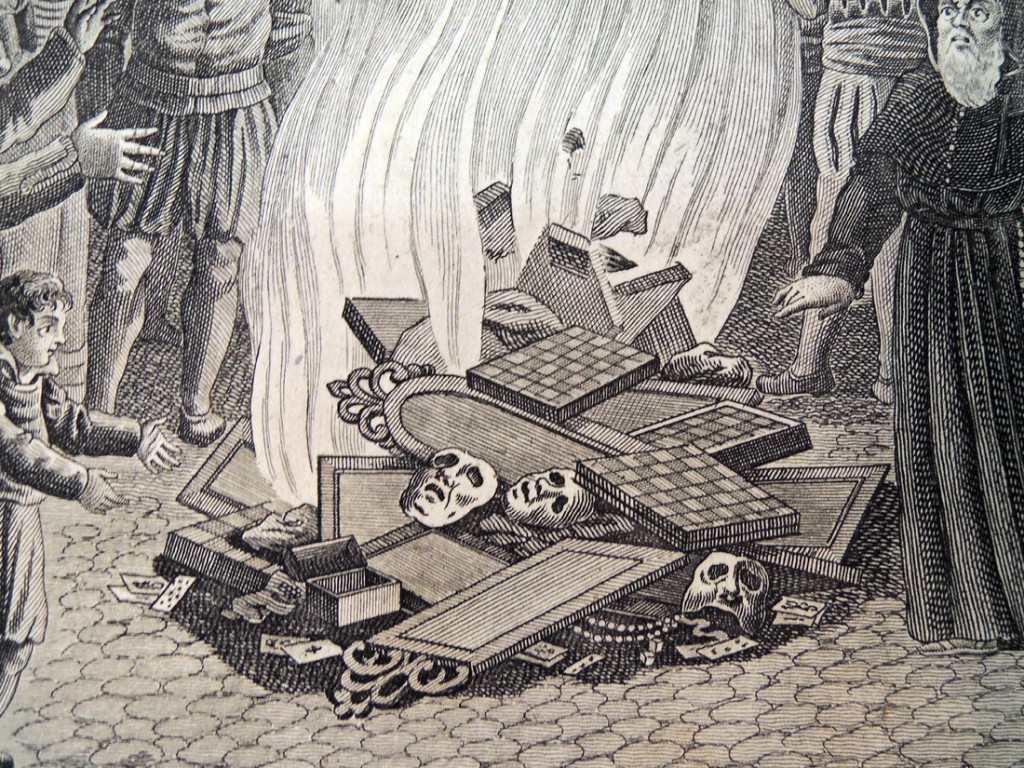 The Catholic Encyclopedia of Saints lists St. John of Capistrano (1386-1456) as the patron of jurists. He also earned the nickname the soldier saint, leading thousands of soldiers into battle against the invading Ottoman empire. When the Turks captured Constantinople in 1453, the Franciscan priest was commissioned to preach a crusade for the defense of Europe. Gaining little response in Bavaria and Austria, he decided to concentrate his efforts in Hungary and “led the army to Belgrade. Under the great General John Hunyadi, they gained an overwhelming victory, and the siege of Belgrade was lifted.”

The Jewish Encyclopedia gives a somewhat different spin on Saint John. “In Silesia the Franciscan was most zealous in his work. When Capistrano arrived at Breslau, a report was circulated that one Meyer, a wealthy Jew, had bought a host from a peasant and desecrated it. Thereupon the local authorities arrested the representatives of the Breslau Jewish community and confiscated their houses and property for the benefit of the city. The investigation of the so-called blasphemy was conducted by Capistrano himself. By means of tortures he managed to wring from a few of the victims false confessions of the crimes ascribed to them. As a result, more than forty Jews were burned at the stake in Breslau June 2, 1453. Others, fearing torture, committed suicide, a rabbi, Pinheas, hanged himself. The remainder of the Jews were driven out of the city, while their children of tender age were taken from them and baptized by force.” http://www.jewishencyclopedia.com/articles/4004-capistrano-john-of 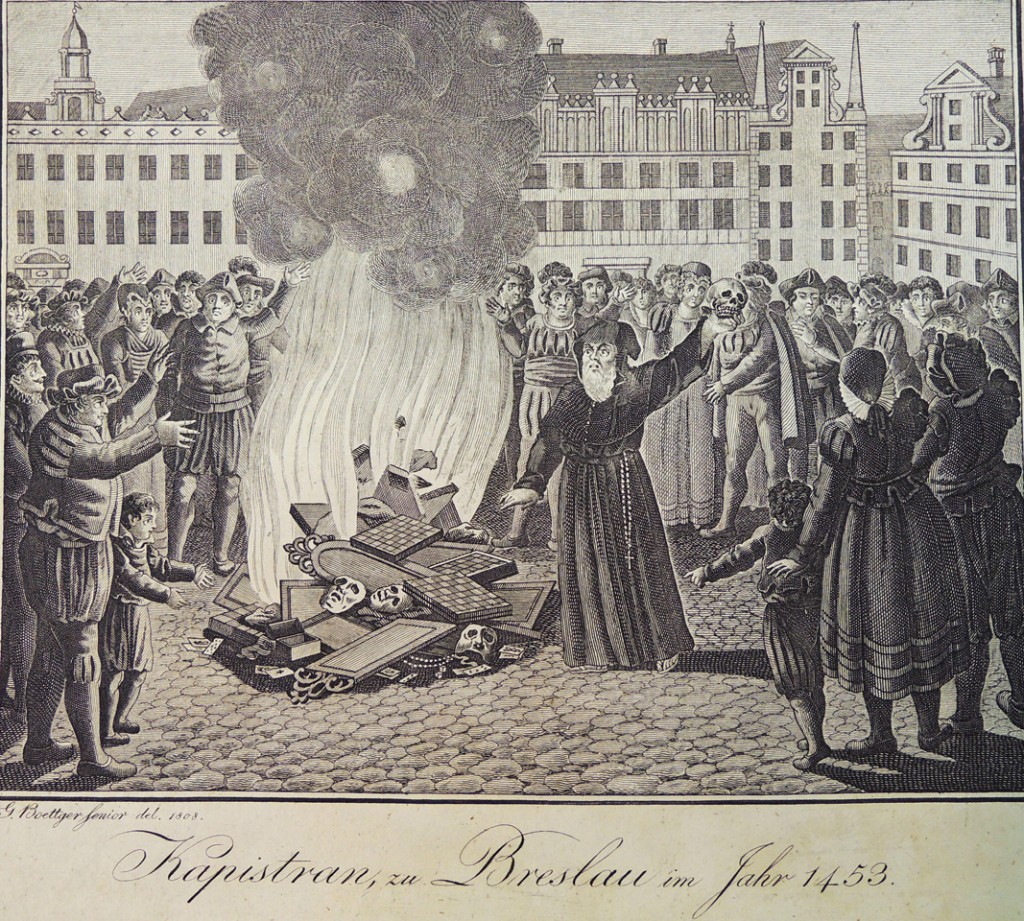 The artist of this print, Johann Gottlieb Boettger (1763-1825), was a German engraver who is credited with a number of frontispieces and book illustrations. He also engraved fine art prints after Angelica Kaufmann, among others.