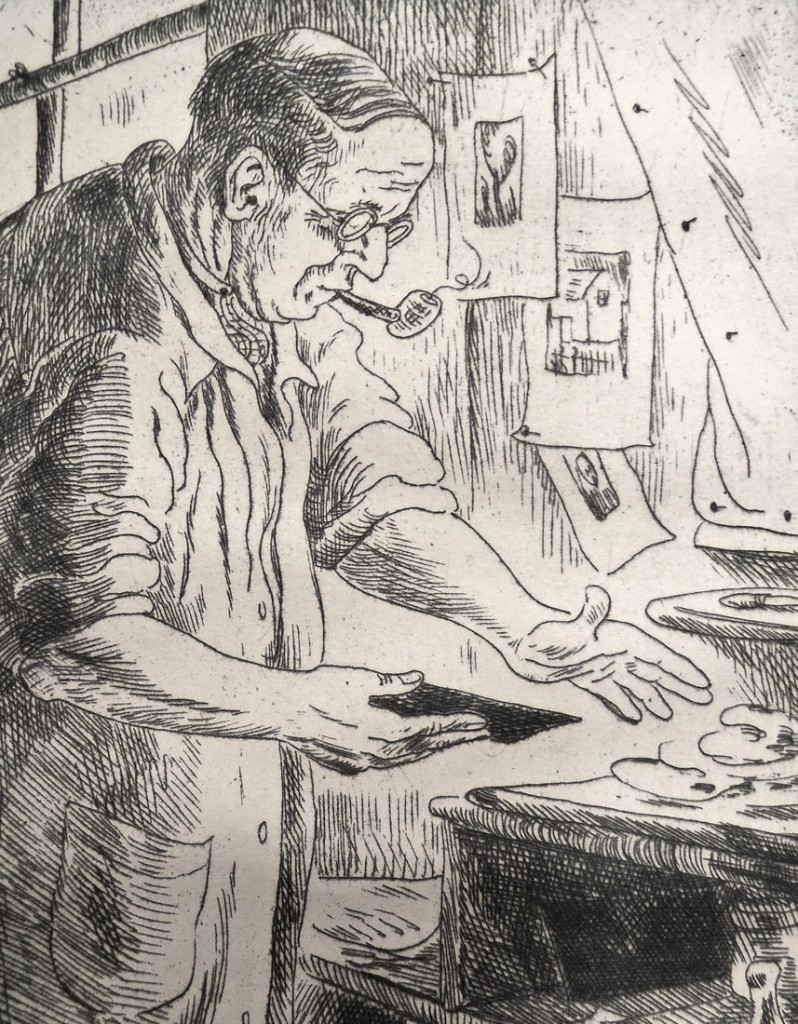 Peter J. Platt (1859-1934) was one of the few master intaglio printers in New York during the first decades of the 20th century. Many artists worked with him to edition their etchings and engravings, including John Sloan, Childe Hassam, and Peggy Bacon. Note the printer is smoking a pipe while wiping the plate, something that would not happen in contemporary print shops in this country. 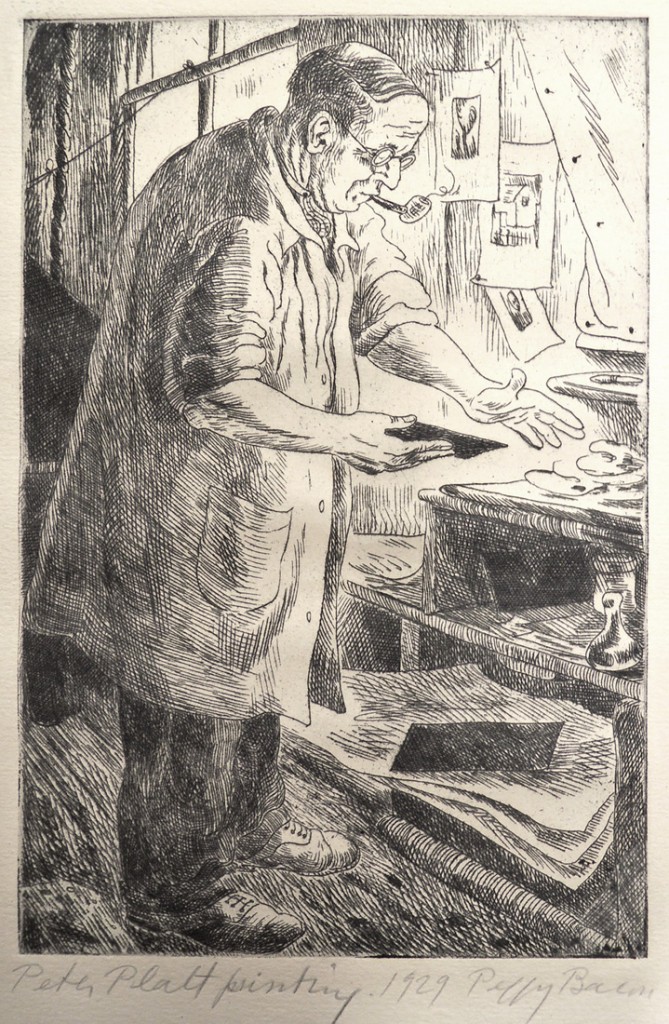 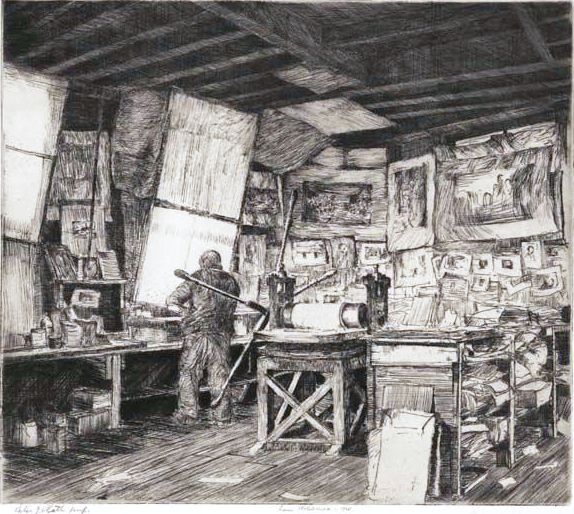 Platt is said to have learned intaglio printing from his father, a mezzotint printer of the American Civil War era. Always willing to chat with the local artists to give advice or service as needed, Platt’s shop became a center of artistic activity. He began with a print studio at 109 Liberty Street and when that building was torn down, he moved to Barelay Street and again to Murray Street (where you had to climb a ladder to get to his attic space). During the 1920s, the shop was moved to the third floor of 23 East 14th Street (running through to 15th Street), where on any given day, several artists were likely to appear on the stairway hoping to have their plates pulled or impressions critiqued.

Platt was surprisingly successful as an artist and businessman, owning his own shop according to the census report. It was undoubtedly thanks to artists who demanded that only Platt be allowed to handle their copper plates. The master stood at his press night and day, winter and summer, until his death in 1934. 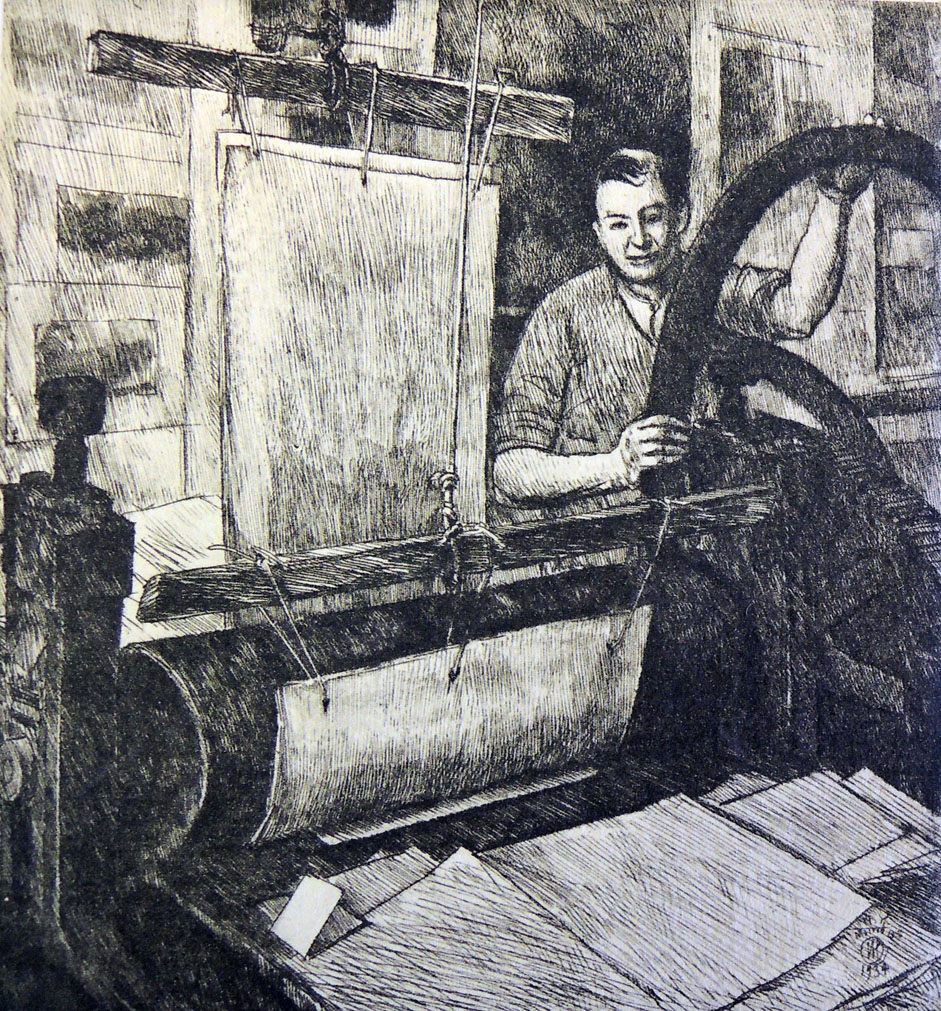 In memoriam Peter J. Platt: b. January 29, 1859, d. August 1, 1934 ([New York : s.n.], 1935). “Two hundred and fifty copies of this monograph on Michel Angel hand-made paper, with frontispiece in gravure [above] from etching by Childe Hassam, have been printed for distribution to the friends of Peter J. Platt, by his daughter Emma Platt. December MCMXXXV.” signed by Emma Platt. Firestone NE2800.P6 H9