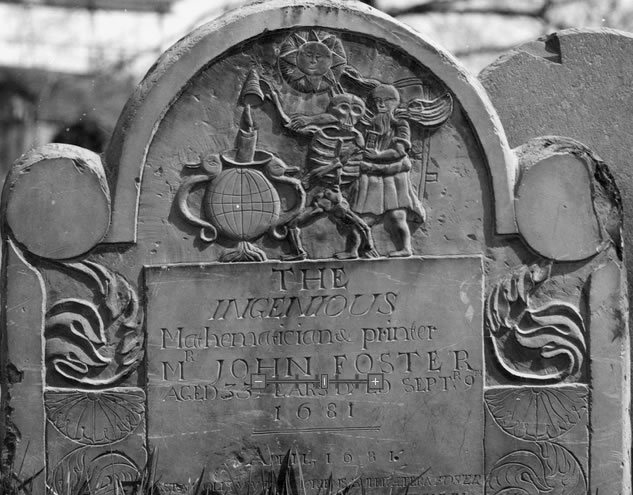 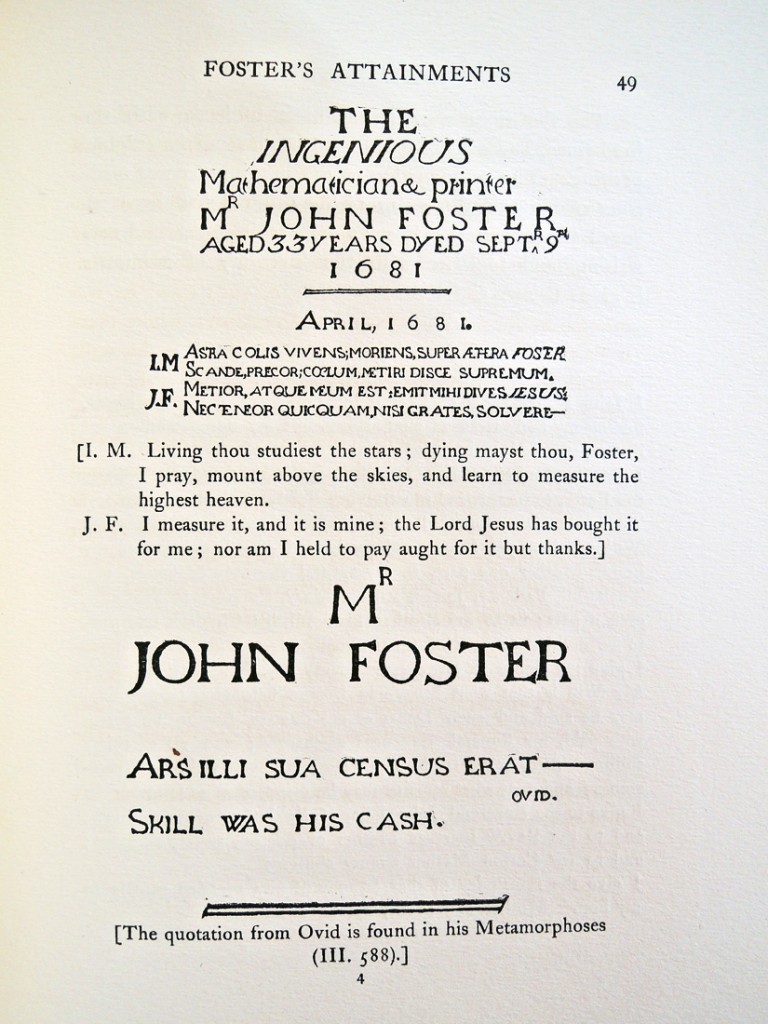 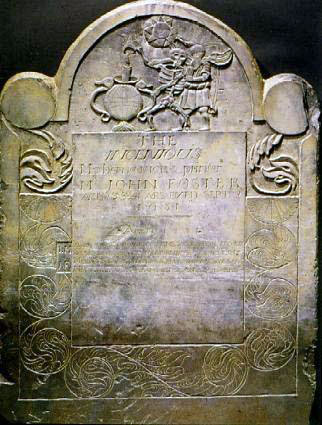 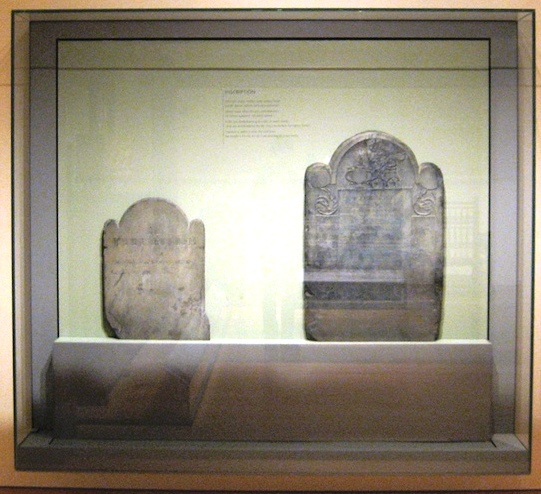 Display case in the American Wing of the MFA, Boston

The earliest American portrait print was drawn, cut, and pulled by the Boston artist and educator John Foster (1648-1681).

Born in South Boston, Foster was baptized by the Congregational minister Richard Mather (1596-1669). After graduating from Harvard College in the class of 1667, he became a teacher in the suburb of Dorchester. Foster taught himself printing and by 1675, left teaching to open a print shop on Boylston Street near Washington.

The Graphic Arts collection holds one impression of his first woodcut, a portrait of Richard Mather, printed soon after the minister’s death. There are five known impressions held in public institutions. 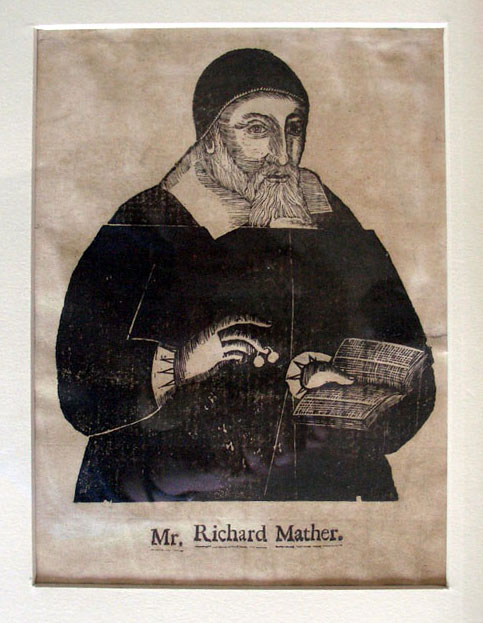 Foster died of tuberculosis in 1681 and was buried in the Dorchester cemetery not far from Mather’s grave. In the artist’s will funds were set aside to have a pair of ornate gravestones erected to his memory (the text is transcribed above). To preserve the carving, the stones have been removed from the graveyard and are now on view at the Museum of Fine Arts, Boston. Mather’s stone can still be found in the cemetery. http://www.cityofboston.gov/parks/hbgi/DorchesterNorth.asp

At least two elegies were written in honor of John Foster; one by his friend and fellow Dorchester resident Thomas Tileston and the other by Joseph Capen, who graduated several years behind Foster at Harvard. A portion of Capen’s verse is below:

…The Heav’ns which God’s glory doe discover,
Have lost their constant Friend & instant Lover
Like Atlas, he help’t bear up that rare Art
Astronomy; & always took his part;
Most happy Soul who didst not there Sit down
But didst make after an eternal Crown
Sage Archimede! Second Bezaleell
Oh how didst thou in Curious works excel!
Thine Art & Skill deserve to See the Press,
And be Composed in a Printers dress.
Thy Name is worthy for to be enroll’d
In Printed Letters of the choicest Gold

…Thy Body which no activeness did lack
Now’s laid aside like an old Almanack
But for the present only’s out of date;
Twil have at length a far more active State.
Yea, though with dust thy body Soiled be,
Yet at the Resurrection we Shall See
A fair edition & of matchless worth,
Free from Errata, new in Heav’n Set forth:
Tis but a word from god the great Creatour,
It Shall be Done when he Saith IMPRIMATUR
–Joseph Cafen