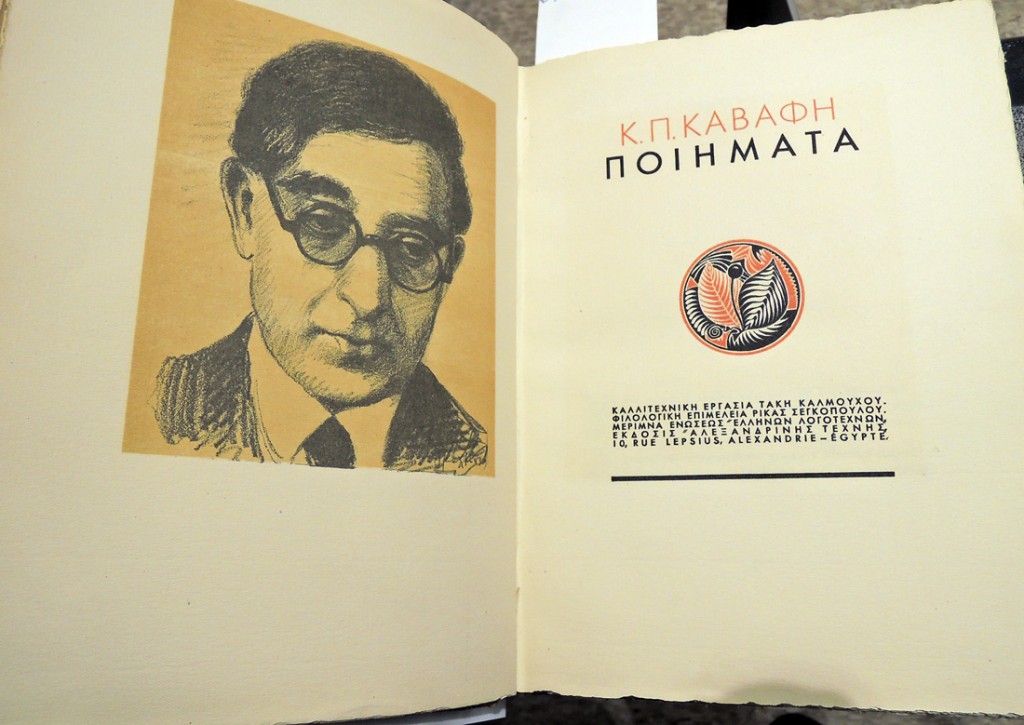 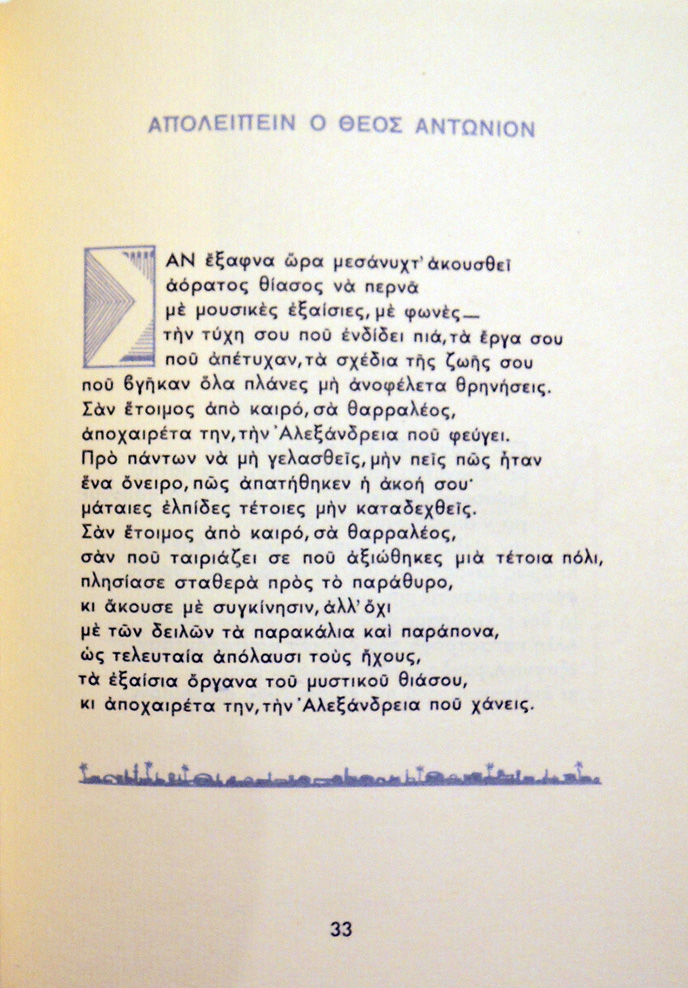 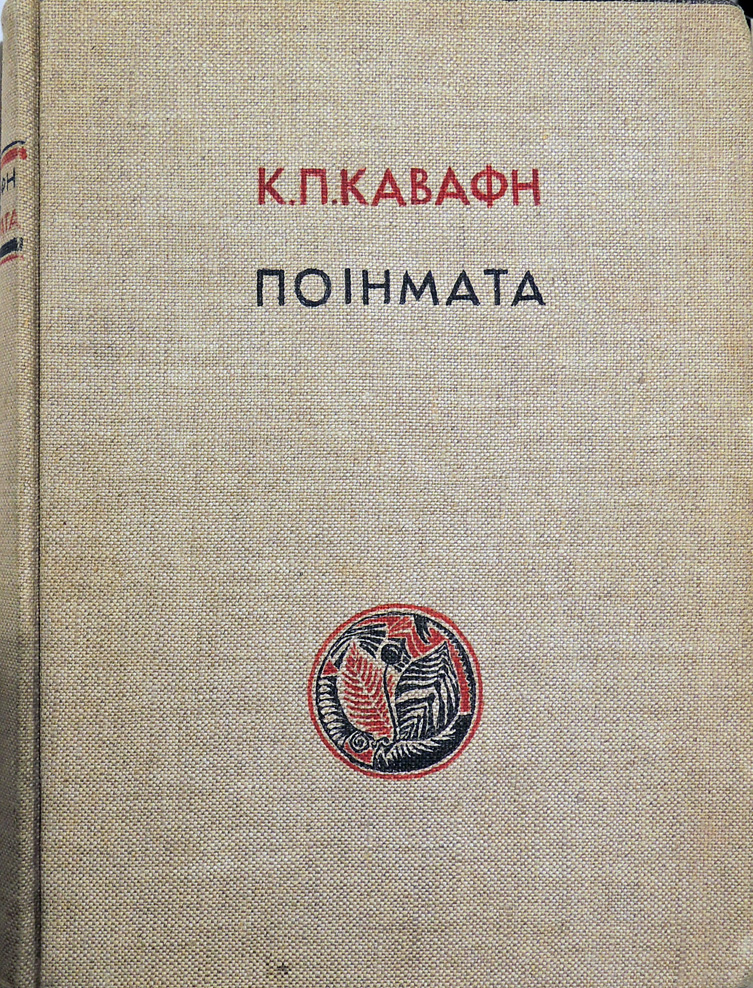 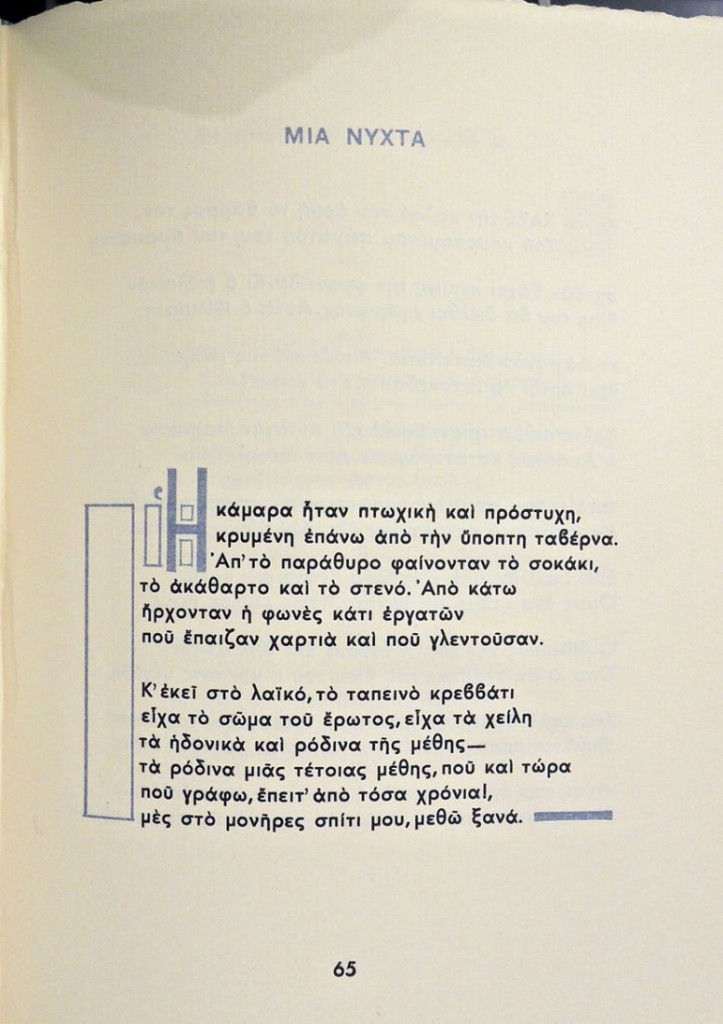 “The first commercial edition of Cavafy’s work was published in 1935, two years after his death, and was edited by Rika Sengopoulou, wife of the poet’s heir. This rather luxurious . . . volume, illustrated with woodblocks by Takis Kalmouchos, ordered the poems more or less chronologically.

Since then, the “standard” edition has become George Savidis’ two-volume 1963 edition, which sought to maintain some degree of fidelity to the odd folders and booklets the poet himself had been making during the latter part of his life. Savidis is also the person who undertook to edit and publish many of the poems that were still not in circulation in 1933 when Cavafy died. In fact, he’s the one who divided the poems into the categories mentioned above.”–No Two Snowflakes, or Cavafy Canons, are Alike by Karen Emmerich 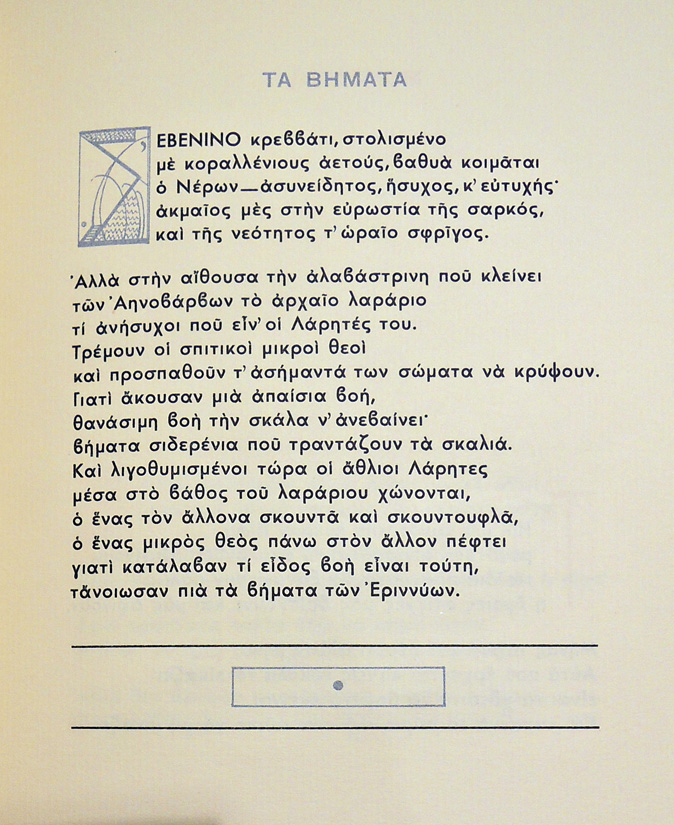 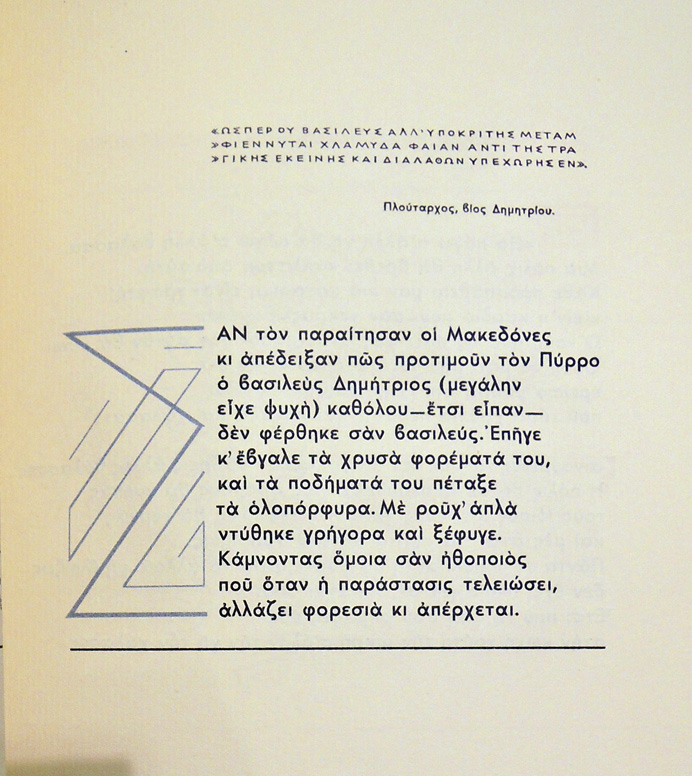 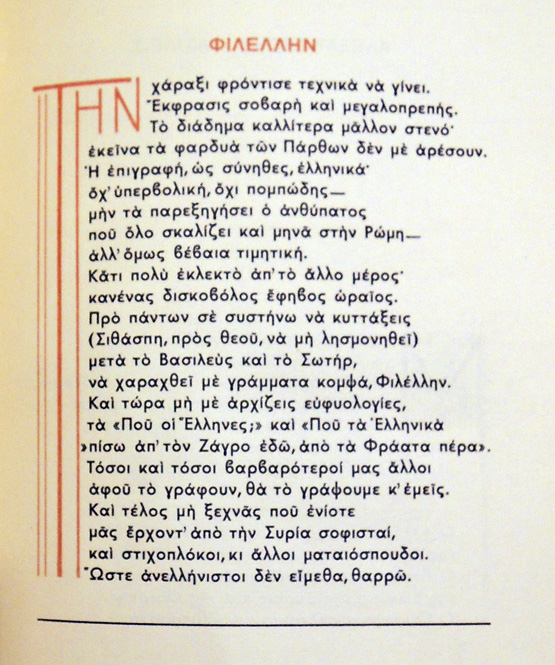 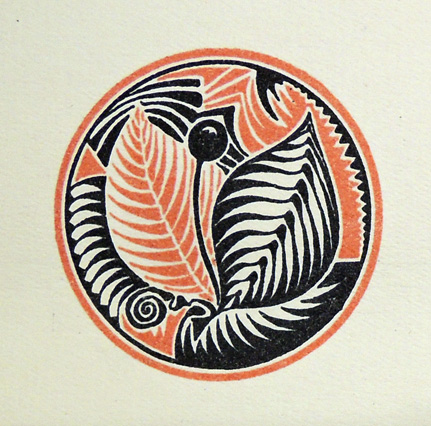 Possessed by fear and suspicion,
mind agitated, eyes alarmed,
we desperately invent ways out,
plan how to avoid the inevitable
danger that threatens us so terribly.
Yet we’re mistaken, that’s not the danger ahead:
the information was false
(or we didn’t hear it, or didn’t get it right).
Another disaster, one we never imagined,
suddenly, violently, descends upon us,
and finding us unprepared—there’s no time left—
sweeps us away.
Translated by Edmund Keeley/Philip Sherrard (C.P. Cavafy, Collected Poems. Princeton University Press, 1992)