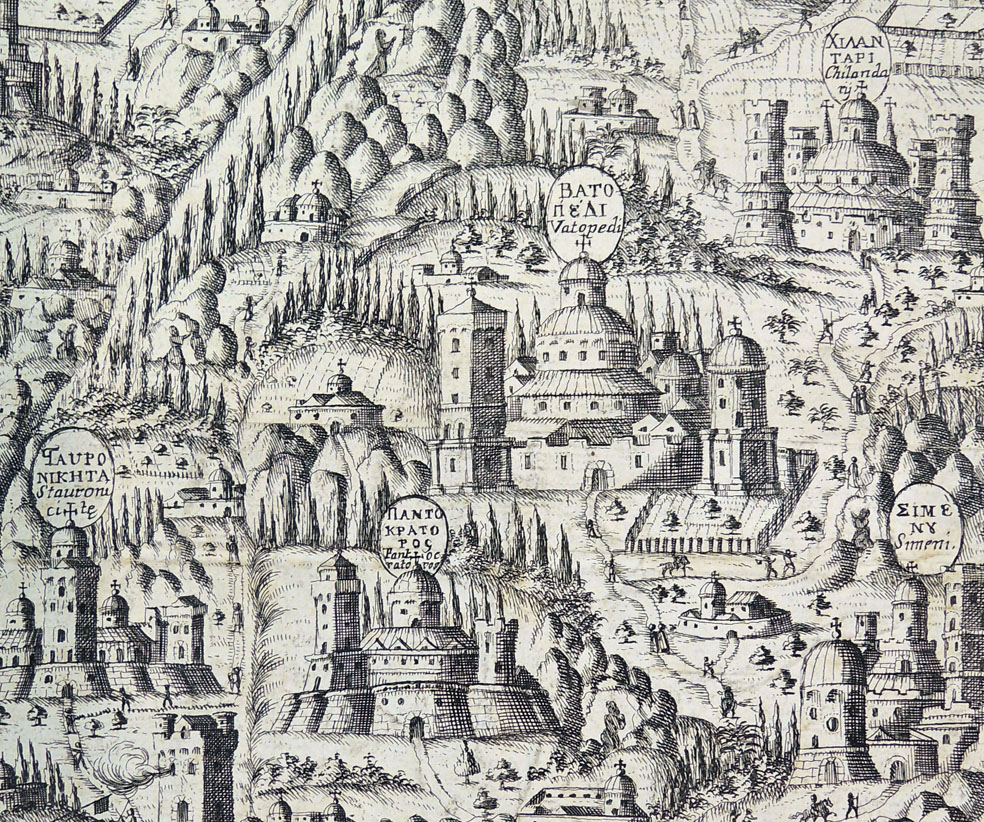 Alessandro dalla Via (active 1688-1729), General View of Mount Athos, printed ca. 1707. Etching and engraving. Graphic Arts Collection GA 2015- in process. Gift of the Program in Hellenic Studies with the support of the Stanley J. Seeger Hellenic Fund and matching funds provided by a gift of The Orpheus Trust to the Seeger Center for Hellenic Studies, in honor of the 35th anniversary of Hellenic Studies at Princeton. 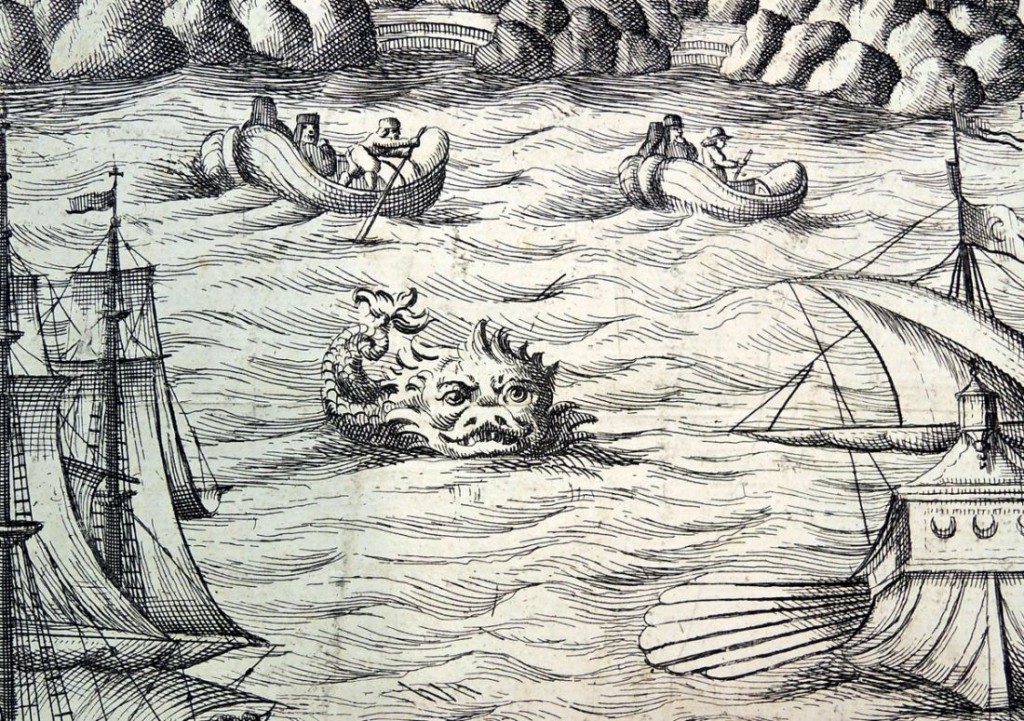 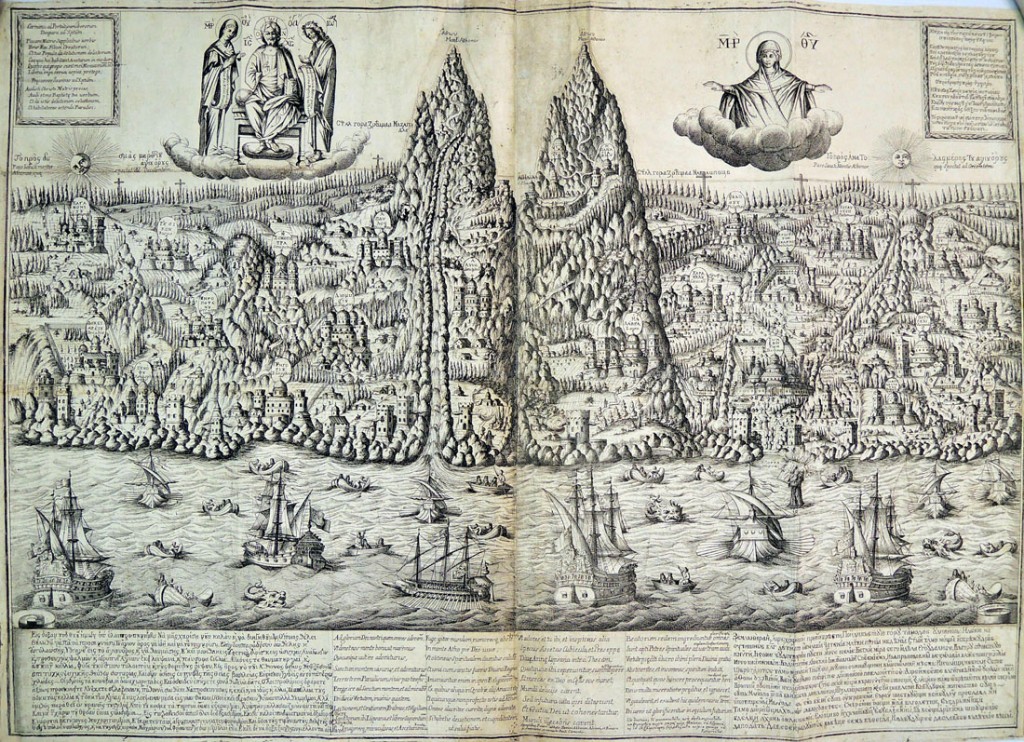 This extraordinary new engraving is the gift of the Program in Hellenic Studies with the support of the Stanley J. Seeger Hellenic Fund and matching funds provided by a gift of The Orpheus Trust to the Seeger Center for Hellenic Studies, in honor of the 35th anniversary of Hellenic Studies at Princeton. It is first independently issued representation of Mount Athos by the engraver Alessandro dalla Via (active 1688-1729), printed ca. 1707. The monumental view was created on four sheets joined together to form a single print 77.3 x 111.5 cm.

“This wonderful acquisition strengthens our Hellenic Collections at Princeton,” writes Dimitri Gondicas, Director of the Seeger Center for Hellenic Studies, “especially our excellent holdings in the Byzantine and early modern Greek fields, and complements our recently acquired collection of paper icons of Mt. Sinai in Graphic Arts. Through our Seeger fellowships, we are pleased to make accessible these research collections to students and scholars from around the world. We wish to thank the Trustees of the Orpheus Trust, in particular, Mr. Christopher Cone, President of the Stanley J. Seeger Hellenic Fund, and Mr. Hubert Ashton.” 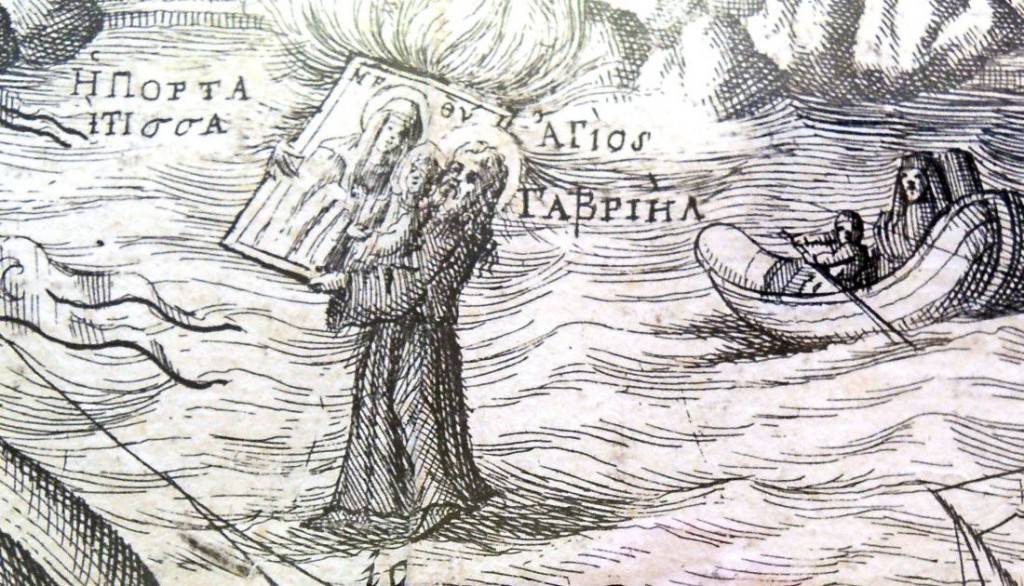 Only three other copies have been found in contemporary collections: two in the Bibliothèque nationale de France (one hand-colored) and one in the Museum of Prince Czartoryski, Krakow. Another version also exists dated 1707 but without engraver’s name (67 x 105 cm.). It is known in a unique copy preserved at the University of Uppsala, Sweden. 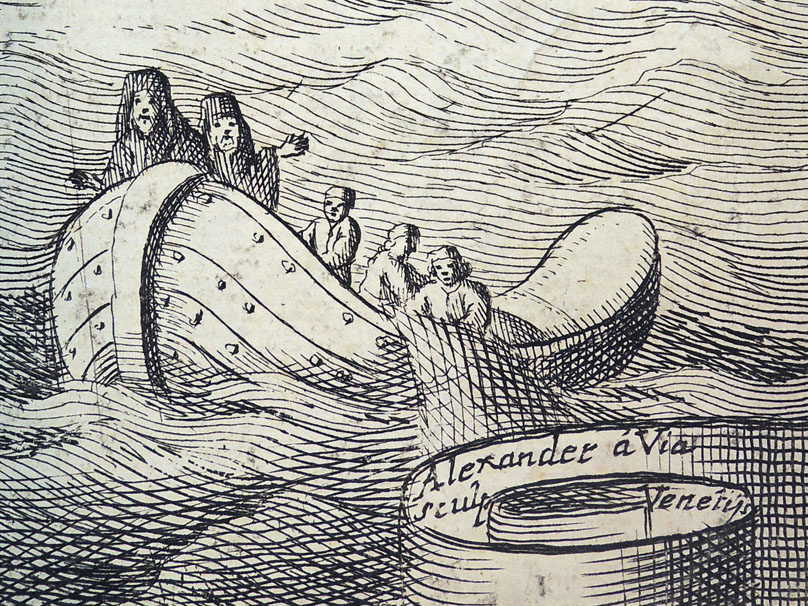 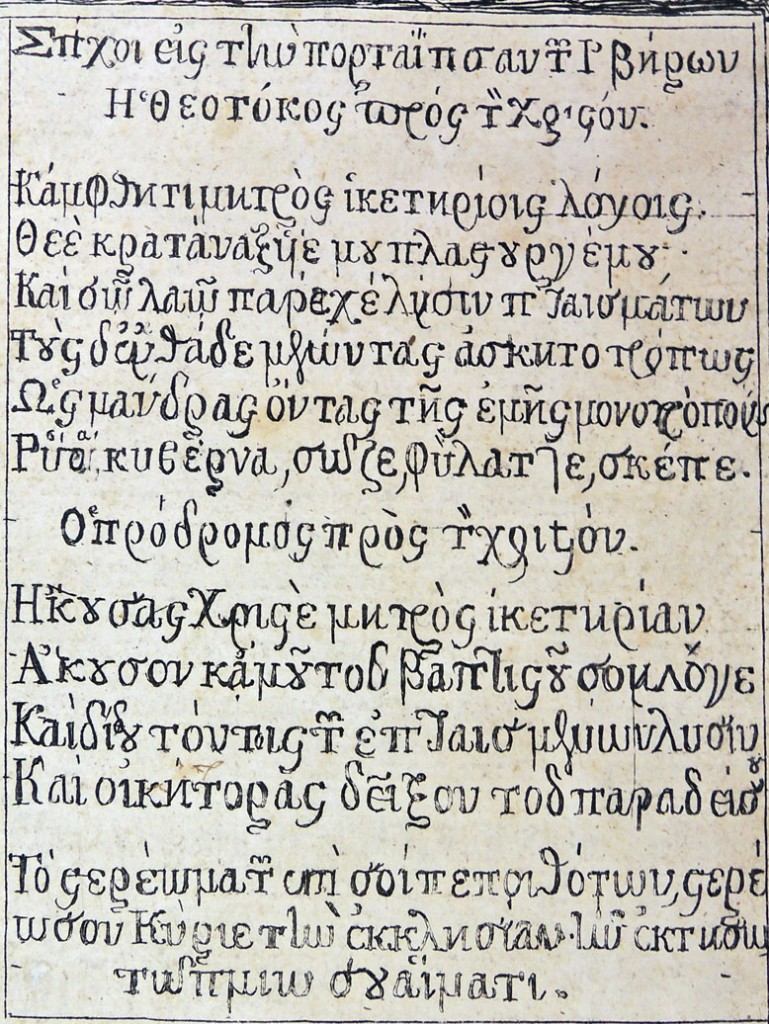 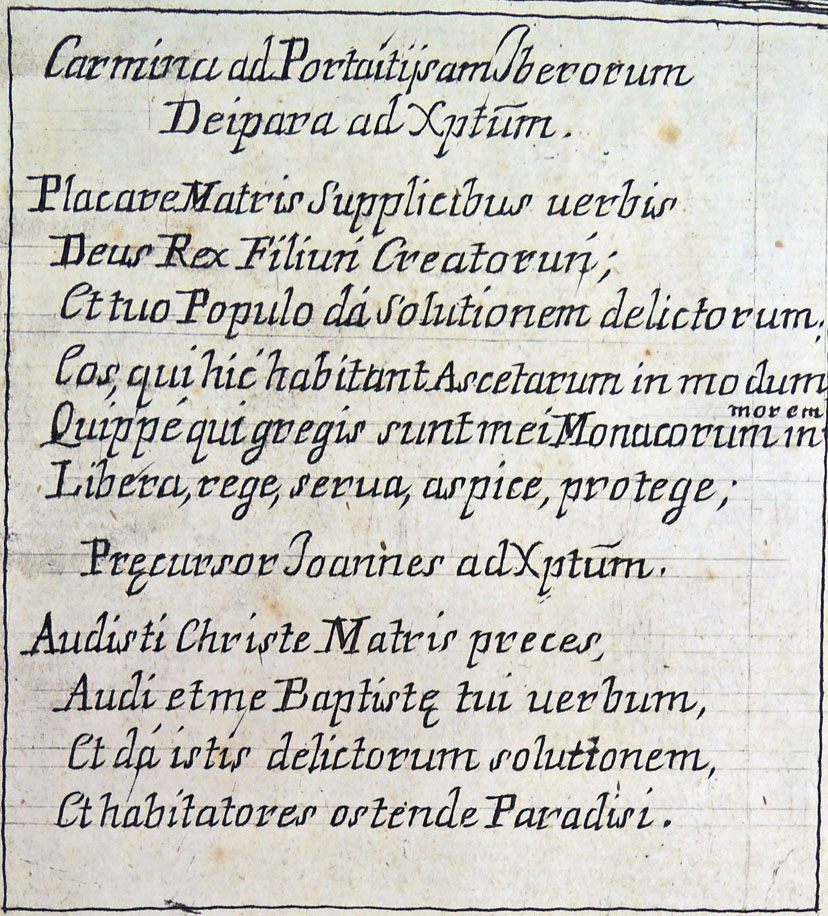 At the bottom of the sheet is a broad band divided into six columns with a description of the Holy Mountain, written in metric verse in Greek, Latin, and Russian. The text exhorts the faithful to visit Athos. At the bottom of the fourth column there is the inscription: “Sumptibus Rever(endissi)mi abbatis Domini Abbacum Adriani, et Revere(n)di Sacerdotis, et monachi Pauli Clementis ” (also in Greek at the bottom of the fifth column).

The composition is described by Dory Papastratos:

“The two aspects of Mount Athos are shown together in this view: the western face on the left, the eastern on the right; the peak, depicted twice to illustrate both flanks, appears in the center. A torrent cascades from close to the western summit, sweeping stones and boulders before it in its almost vertical course to the sea. Set among the hills on the mountainsides and atop the cliffs along the seashore, and surrounded by their lands and gardens and plantations, are the fortress-like buildings of the twenty monasteries with their defensive towers and domed churches: the Protaton, the sketes of Saint Anne and the Virgin, Prophitis Elias (skete), Mylopotamos, and the tower of Morphonou (that replaced the old monastery of Amalfitans after its destruction); at the sea’s edge are the tower-shaped arsenals or warehouses of the monasteries, their cannon firing out to sea.”

“The names of the various buildings are written in Greek and Latin on small oval tablets above them. Diminutive figures of monks move about the landscape, some on foot, others mounted on beasts of burden. A procession wends its way from Iviron monastery towards the shore where it will receive the icon of the Portaïtissa held by the monk Gabriel standing erect on the waves. Monks can be seen also on the courtyard of the Protaton. Six tall crosses project above the cypress trees lining the ridge of the mountain range.”

“Scattered about the sea in the foreground are galleys and oared ships, large fishing vessels with monks aboard, and two huge sea-monsters. With crosses at their mastheads and on their sails, the Christian vessels display Venetian or French coats of arms on their sterns, while the crescent distinguishes the Turkish vessels. The two religious scenes in the sky represent, left, the Deisis with Christ enthroned and flanked by the full-length figures of the Virgin and the Forerunner and, right, the Virgin half-length, her arms outstretched in benediction.”