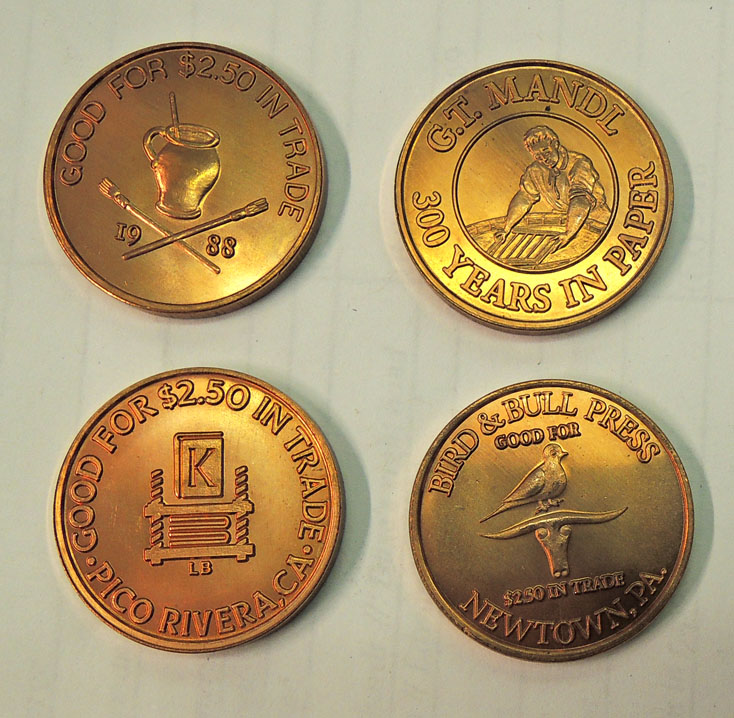 In 1989, Henry Morris, director of Bird & Bull Press, produced and published the book Trade Tokens of British and American Booksellers & Bookmakers. The book was accompanied by a heavy die-cut board folder containing eleven different copper tokens minted by individual booksellers & bookmakers especially for this book. The Graphic Arts Collection and Numismatics Collection have jointly acquired the dies and proofs used in the production of the these bookseller tokens.

Morris’s original dies, medals, and proofs are housed in a mahogany box with a token inset on the top cover, along with a metal plate inscribed “Original Dies for Bookseller’s Tokens, Bird & Bull Press.” 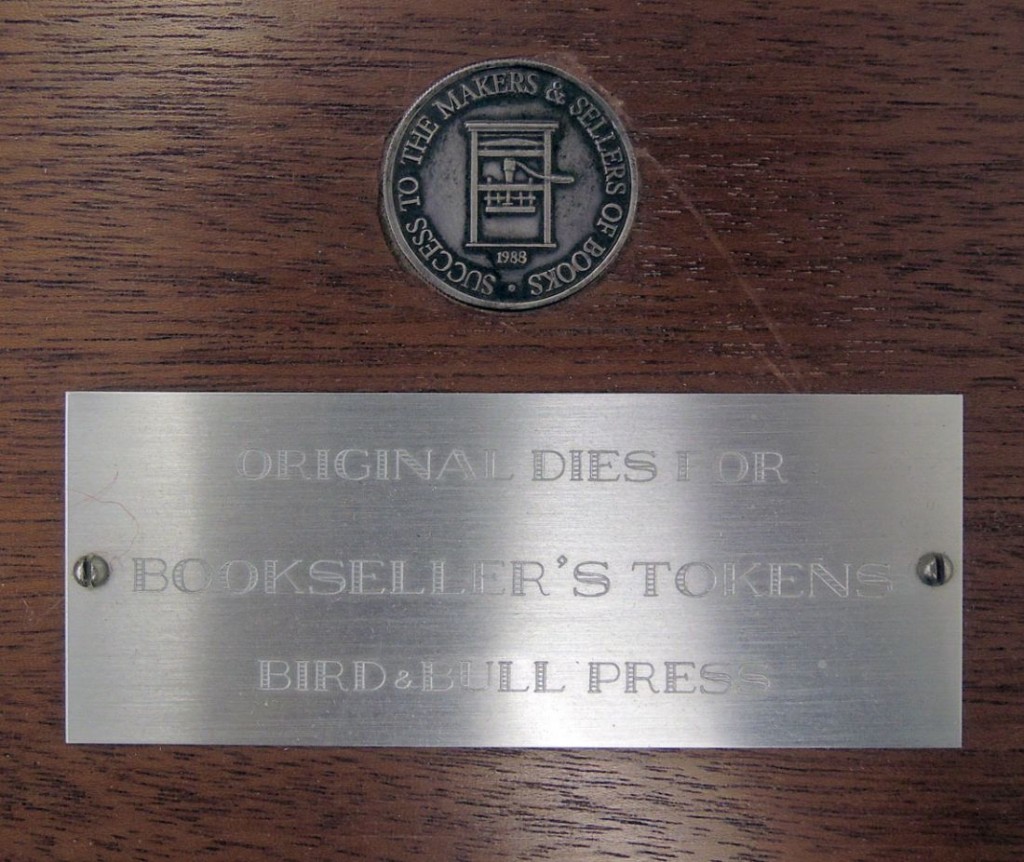 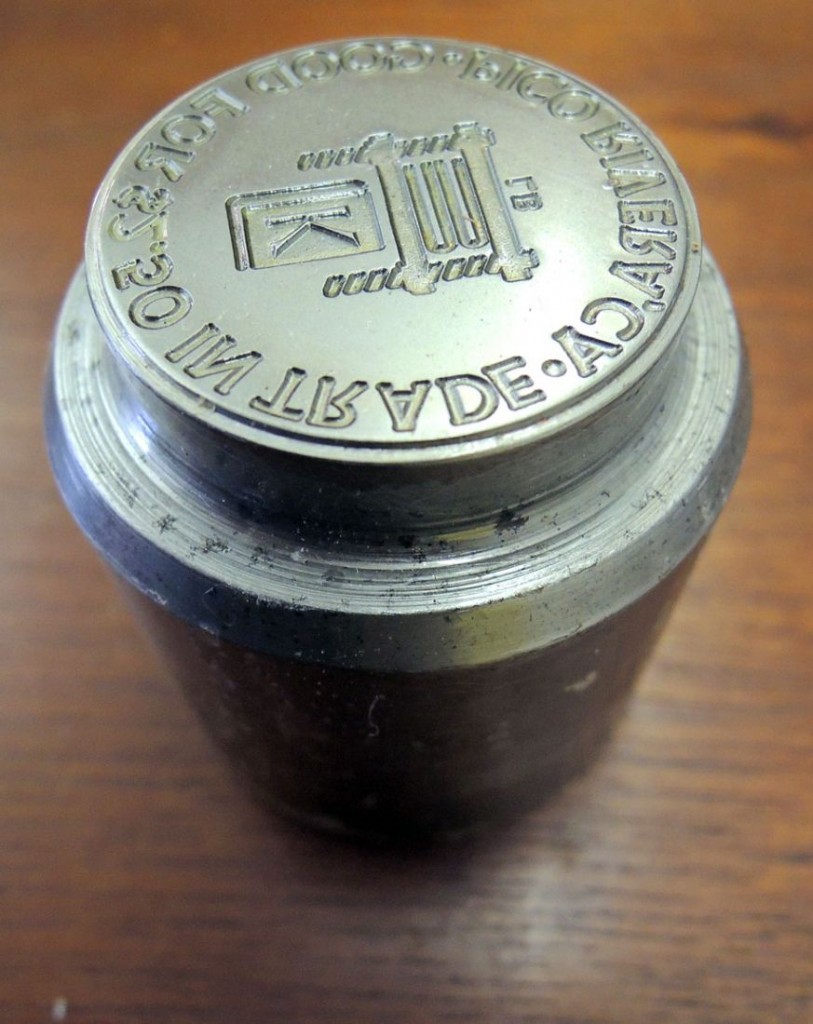 The tokens (with nine duplicates), along with a rough flan, were made under the supervision of Meyer Katz at the Unity Mint in Ambler, PA, from dies engraved by Kenneth Douglas at the Green Duck Co., in Olive Branch, MS. The set of 11 tool-steel dies (22 pieces), now coated with a protective lacquer, cost Morris $9800 in 1988, which he considered a bargain. 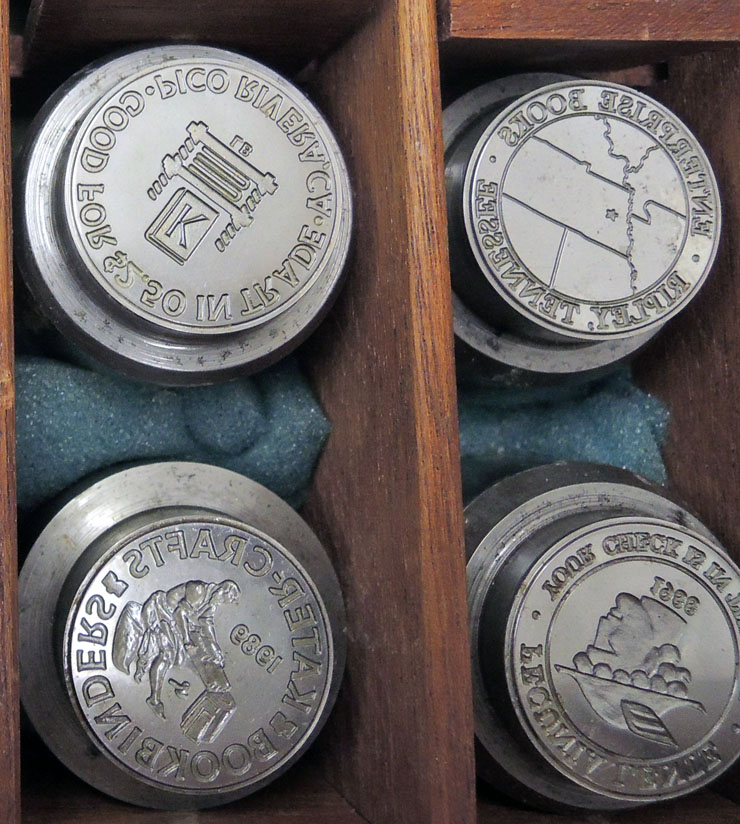 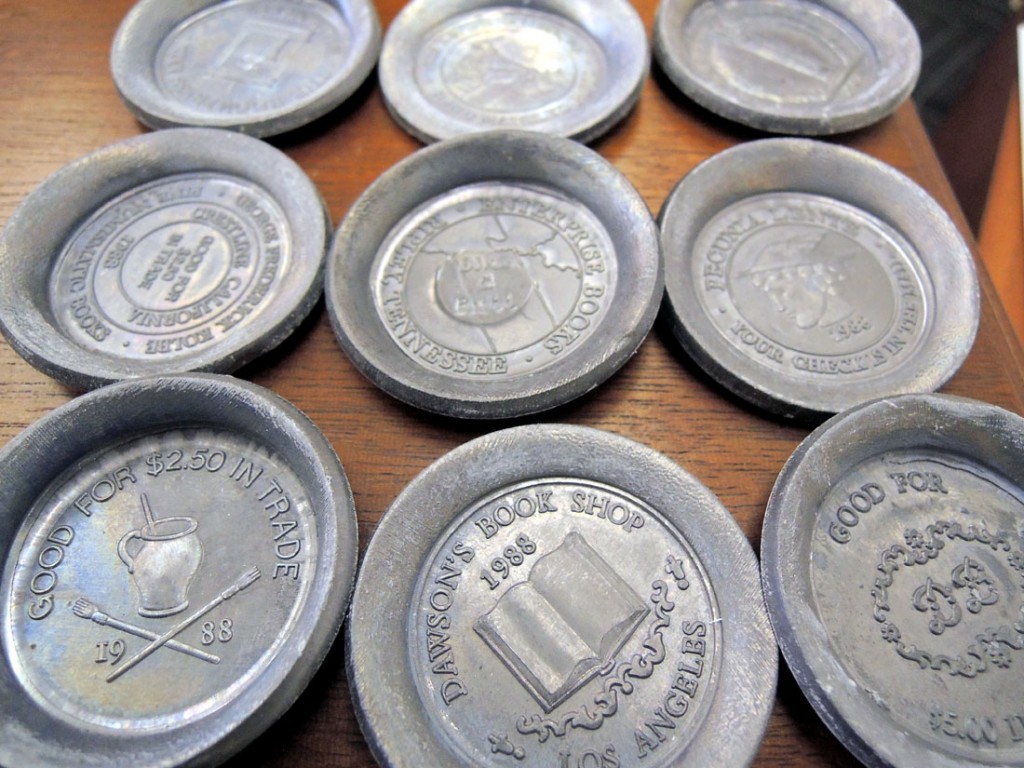 Morris wrote a three-page letter and asked that it be kept with the collection. It is transcribed below.

Everything one might want to know about the dies for Bookseller’s Tokens, 1988.

This was a great project, and in addition to all the pleasure and challenges I had from producing it, I have these unique artifacts—the dies themselves. The first set of dies was made by the Green Duck Co (where did they get such an odd name?) in Miss[issippi]. This was my B&B [Bird & Bull] Token. When I got the idea to do the [Booksellers] Token book I went to Kenneth Douglas in Olive Branch, Miss., who was Green Duck’s die maker. His work was excellent and his price was much less than I would have had to pay locally. The 11 dies (set) here cost $9800, which I know was a bargain. The Green Duck dies have no [shoulder?] as their coining press was different than the Unity Mint in Ambler, who struck all the tokens for the book.

In 1991, I realized what a great B&B artifact this was and in order to keep them all together and protected I made the special box. The dies are made of tool steel and if not protected well easily rust. I gave them 2 coats of clear lacquer which should keep them safe for a long time. If there are signs the lacquer is degrading, remove the old coat with lacquer solvent (thinner) and re-coat.

Way back in 1956 when I started making paper, I bought some Honduras Mahogany to make molds. I still had some of this wood and used it to make the box. (Yes, I know the apostrophe on the label is in the wrong place—the book label is [liberize?]—my fault). Also enclosed here are the original lead proofs which the die maker submitted prior to striking (like a printer’s proof—but in metal).

The box also seemed like a good place to keep the original molds for silver reproductions of Dutch Guild Medals, in my Rarities of Numismata Typographica, 1996. I have written the note to be kept in the box so that someone at some future time knows the main details of the contents, also to know that the contents as described, are complete. H.M. [Henry Morris] 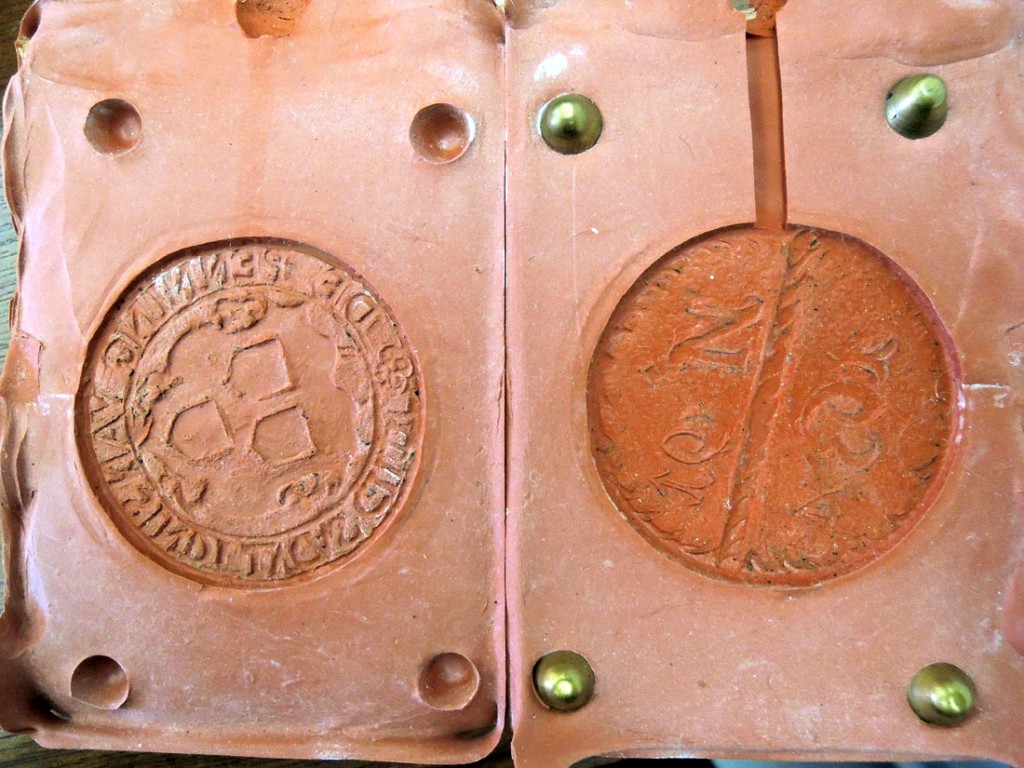 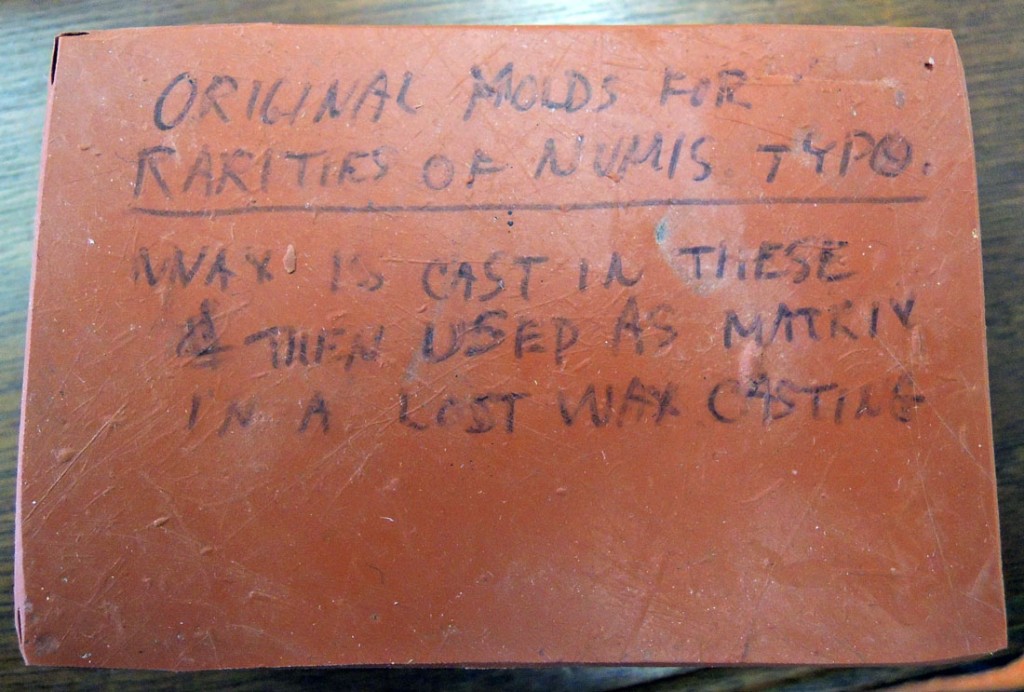