We are proud to announce that the Graphic Arts Collection has acquired the earliest independent work on lithography in the English language. 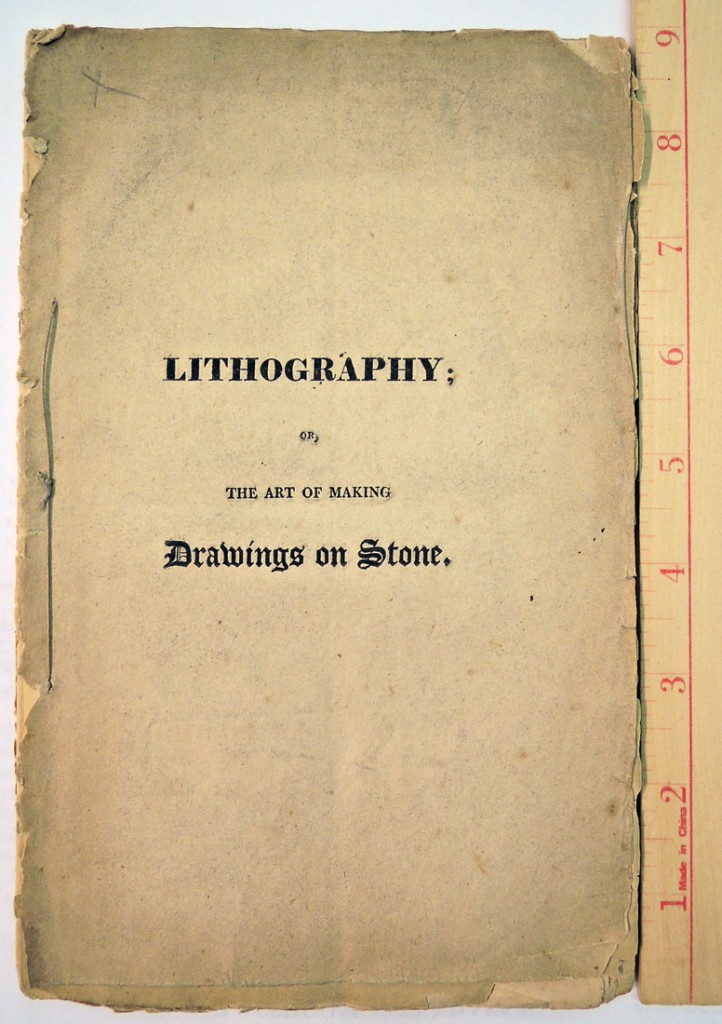 Henry Bankes (1757?-1834), Lithography; Or, the Art of Making Drawings on Stone, for the Purpose of Being Multiplied by Printing (Bath: printed by Wood and Co., 1813). Purchased with funds from the Rare Book Division and the Graphic Arts Collection 2015- in process

The first edition of Henry Bankes’s treatise was published in Bath in 1813 with the title Lithography; or, the Art of Making Drawings on Stone, for the Purpose of Being Multiplied by Printing. A second edition was published in London in 1816 without the name of the author and titled Lithography; or, the Art of Taking Impressions from Drawings and Writing Made on Stone. As an independent publication, it is predated only by Heinrich Rapp’s Das Geheimniss des steindrucks, in 1810. It wasn’t until 1818 that Alois Senefelder completed his own account of the process he developed, entitled Vollständiges Lehrbuch der steindruckerey. 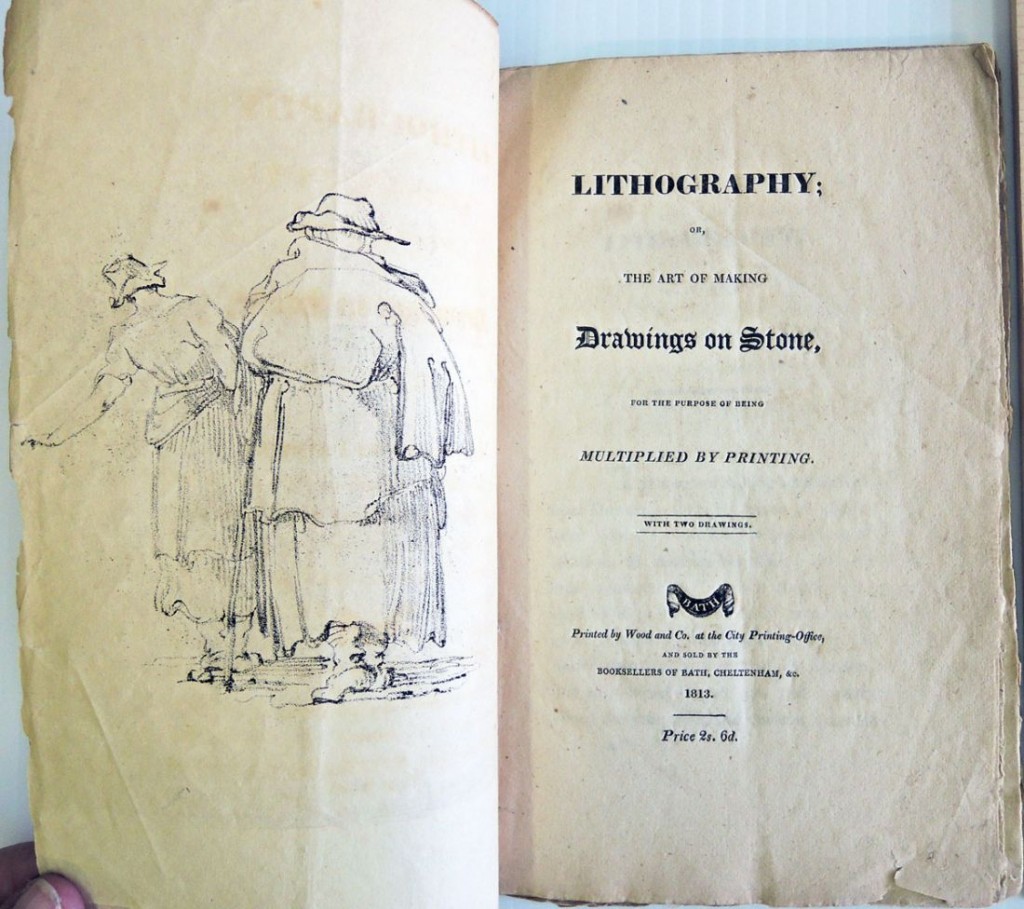 According to Michael Twyman “The value of Bankes’s treatise today is as an historical record of attitudes to the process in England in the period between its introduction right at the outset of the century and its revival by Ackermann, Hullmandel, and others around 1818; and it is of particular interest for the few shafts of light it throws on those associated with the process in Bath and on changing attitudes to lithography between 1813 and 1816.” 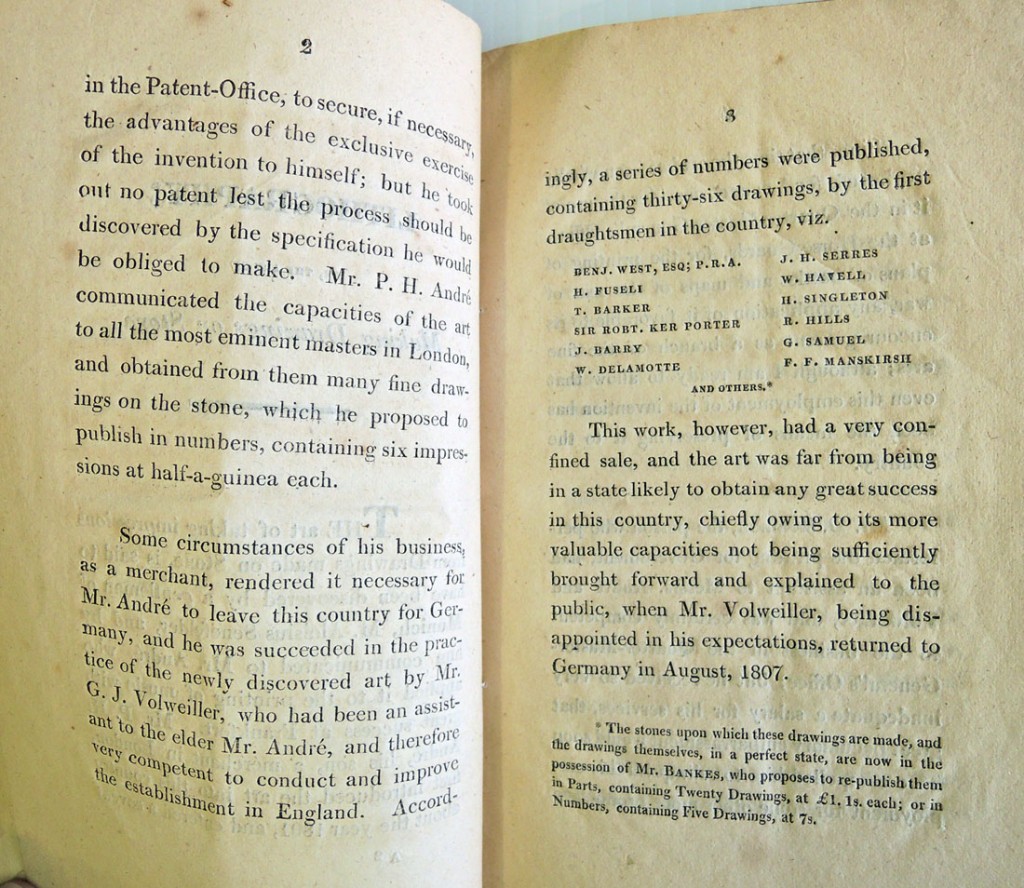 Only a handful of public institutions hold the 1813 edition, among them are the Bodleian Library at Oxford University; Bristol Public Reference Library; Yale University; the Lessing J. Rosenwald Collection at the Library of Congress; the Bath Somerset Council; the British Library; the Victoria & Albert Museum Library; and now Princeton University Library. In addition, only a few of these small, ephemeral volumes include their original plates, most having been removed over the last two hundred years.

Not only is Princeton’s copy in perfect condition, untrimmed and partially unopened with its original stab sewing, but it has all three (title page only promises two) of Bankes’s lithographic plates. We post them here in the hope that we can complete Twyman’s survey of copies and their plates, published in the facsimile edition. It would be interesting to match them with other institutional copies: 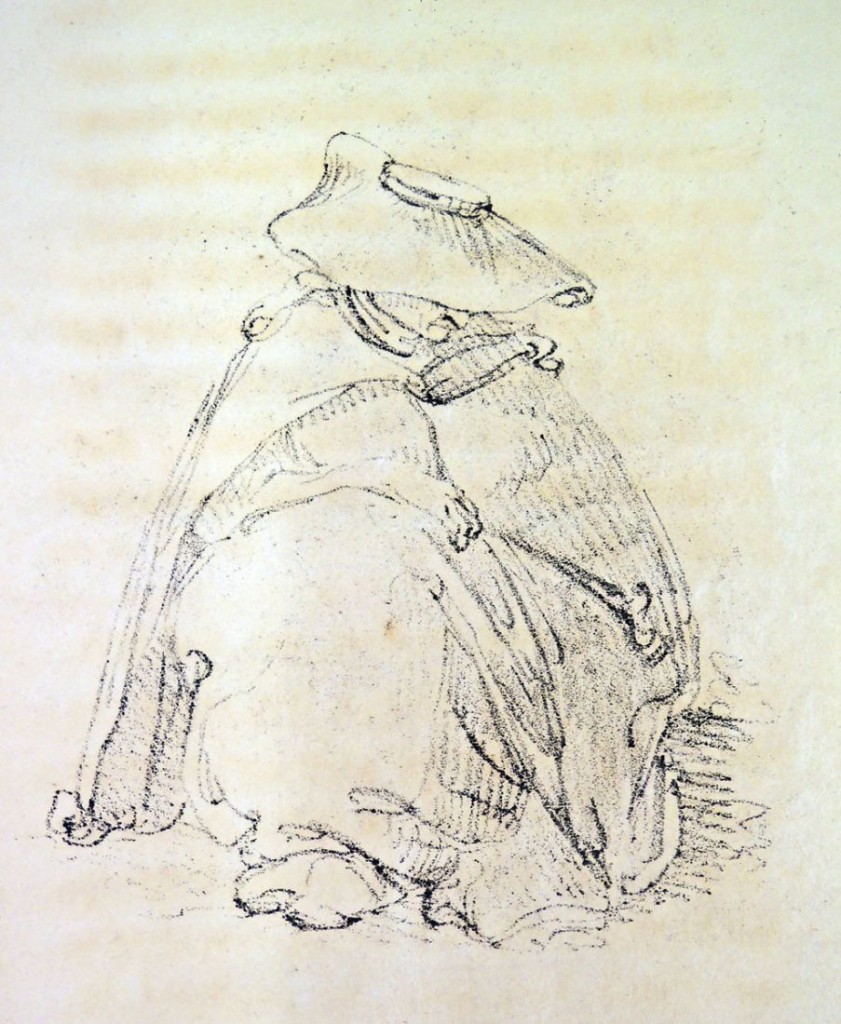 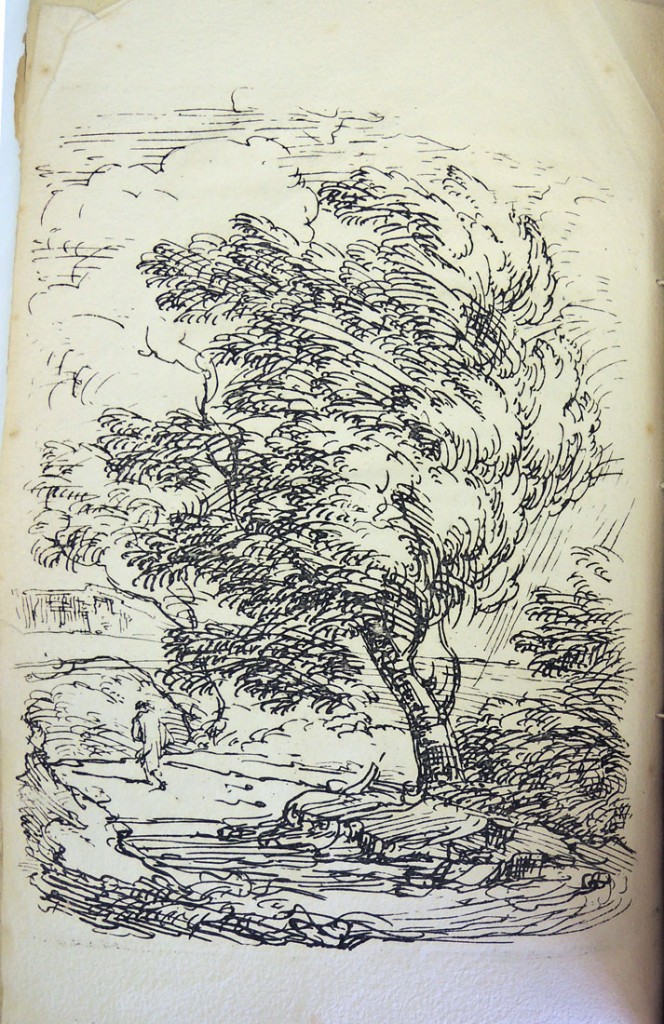 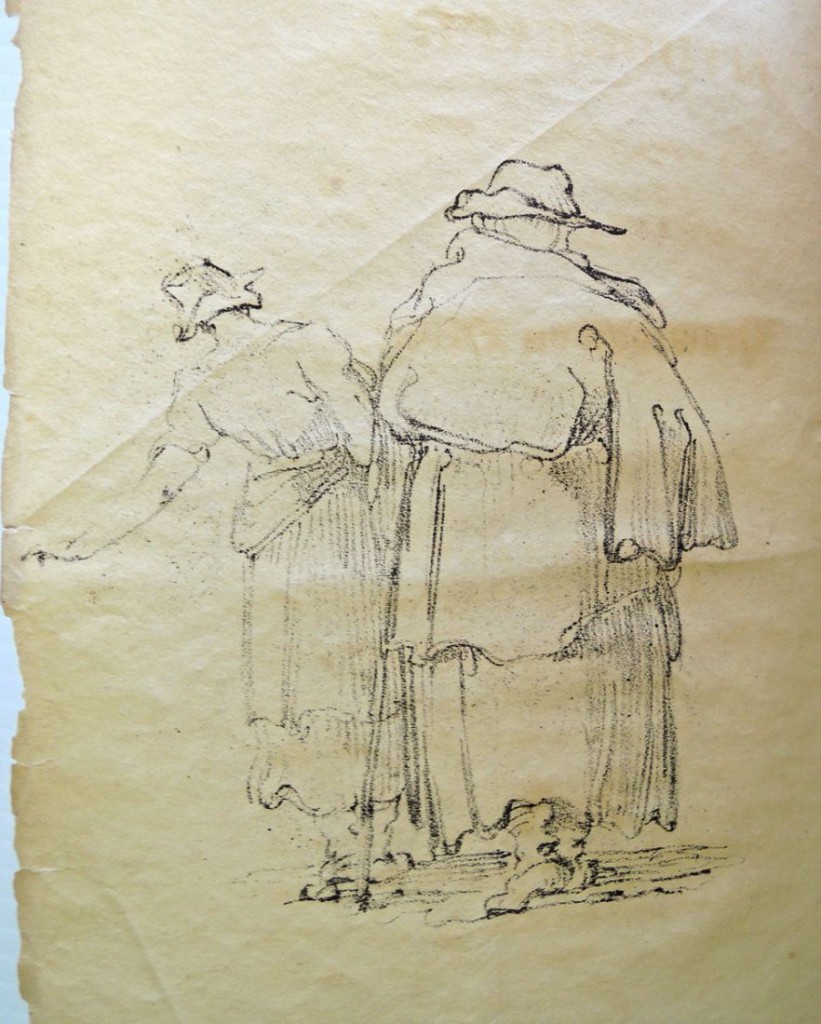 “Lithograph, drawing on stone. An invention ascribed to Alois Sennefelder, about 1796; and soon afterwards announced in Germany as polyautography. It became known in England in 1801, but its general introduction is referred to Mr. Ackermann of London, about 1817. Sennefelder died in 1841. Improvements have been made by Engelmann and others.”– quote from Charlton Thomas Lewis, Harper’s Book of Facts: a Classified Encyclopaedia of the History of the World (New York: Harper & brothers, 1906). 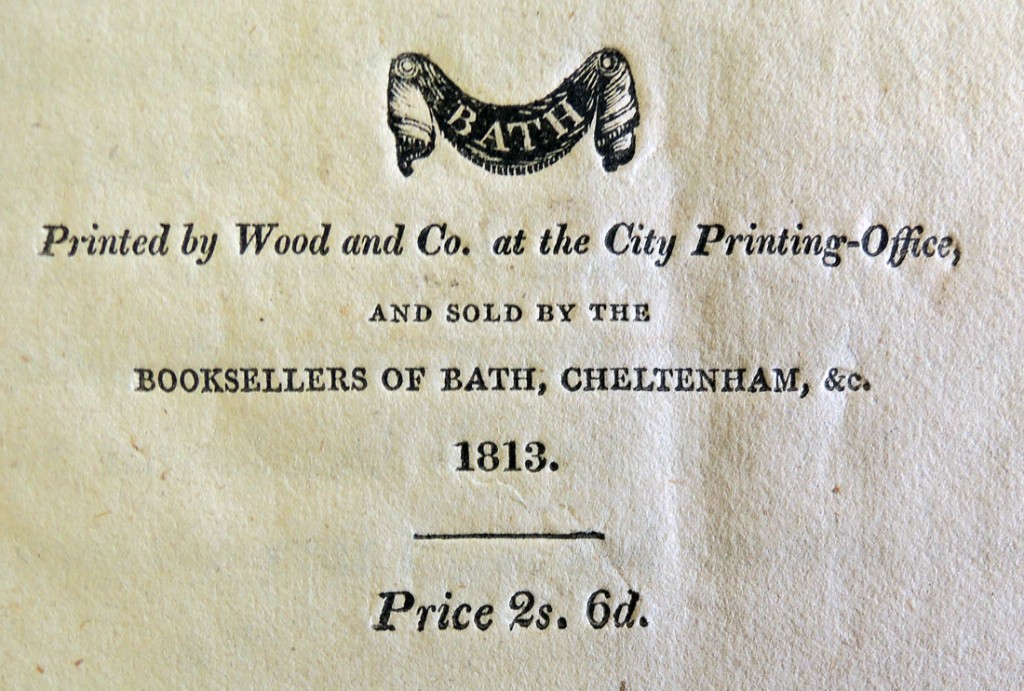 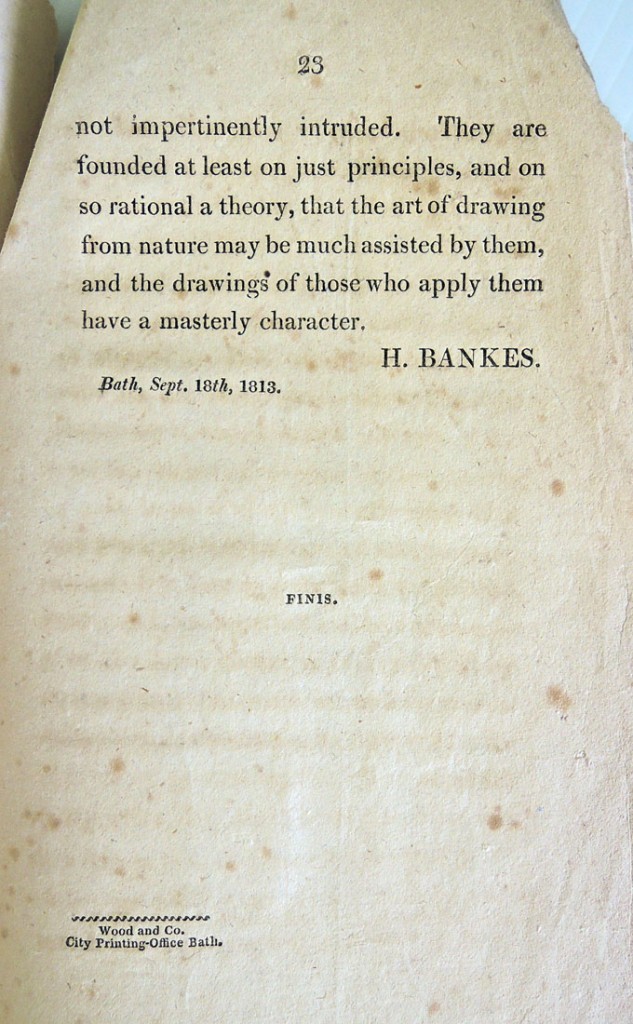