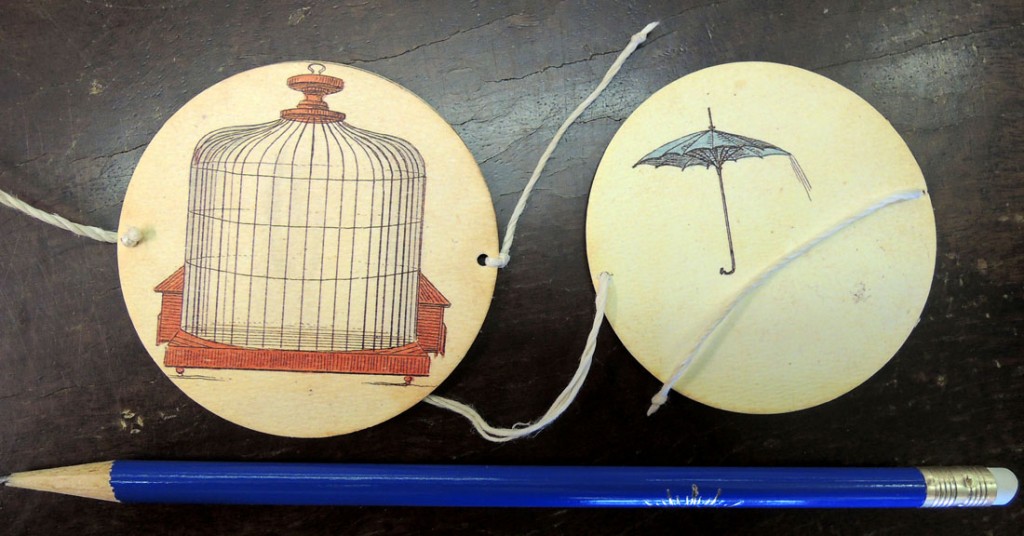 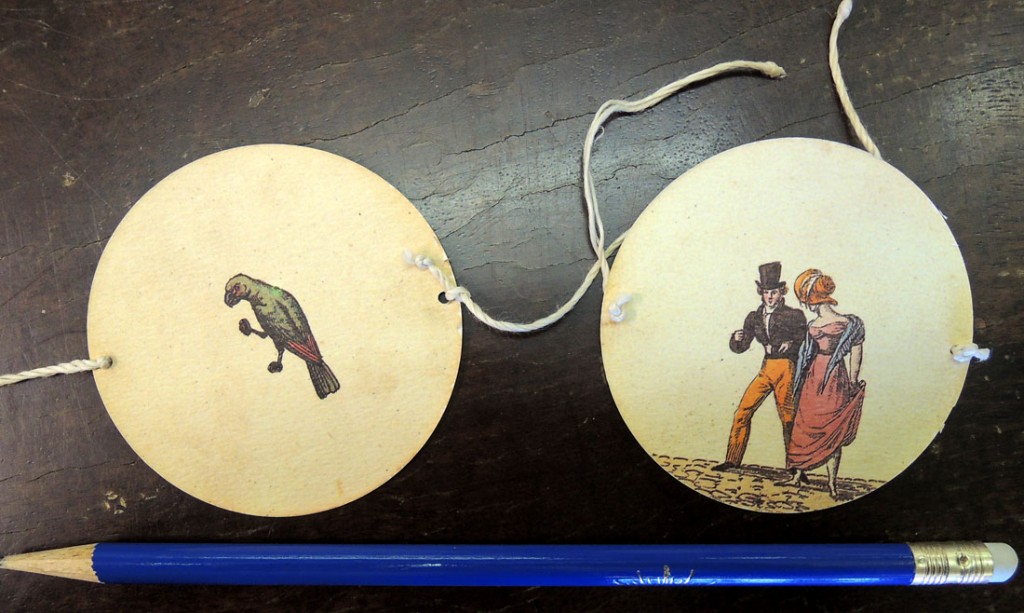 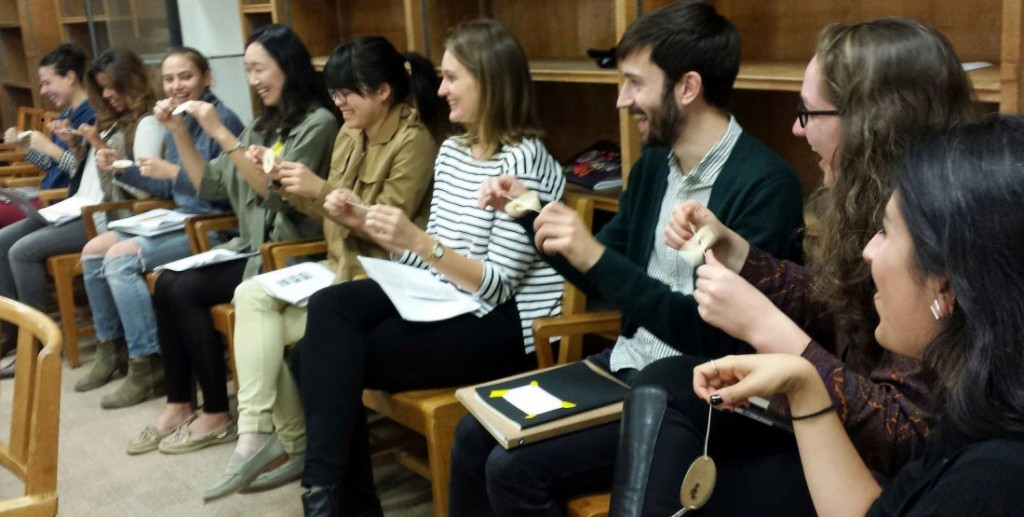 Anne McCauley’s ART 589, “Seminar in 19th-Century Photography: Inventing Photography” visited the graphic arts collection recently. Among other things, the students were introduced to the concept of ‘persistence of vision’ by handling 19th-century thaumatropes.

A thaumatrope is a small disc you hold by two pieces of string. An image is printed or drawn on each side of the disc and when you spin it between your fingers, the two images appear to become superimposed. These “turning wonders” are credited to the London physicist, John Ayrton Paris who brought them to the public’s attention around 1825.