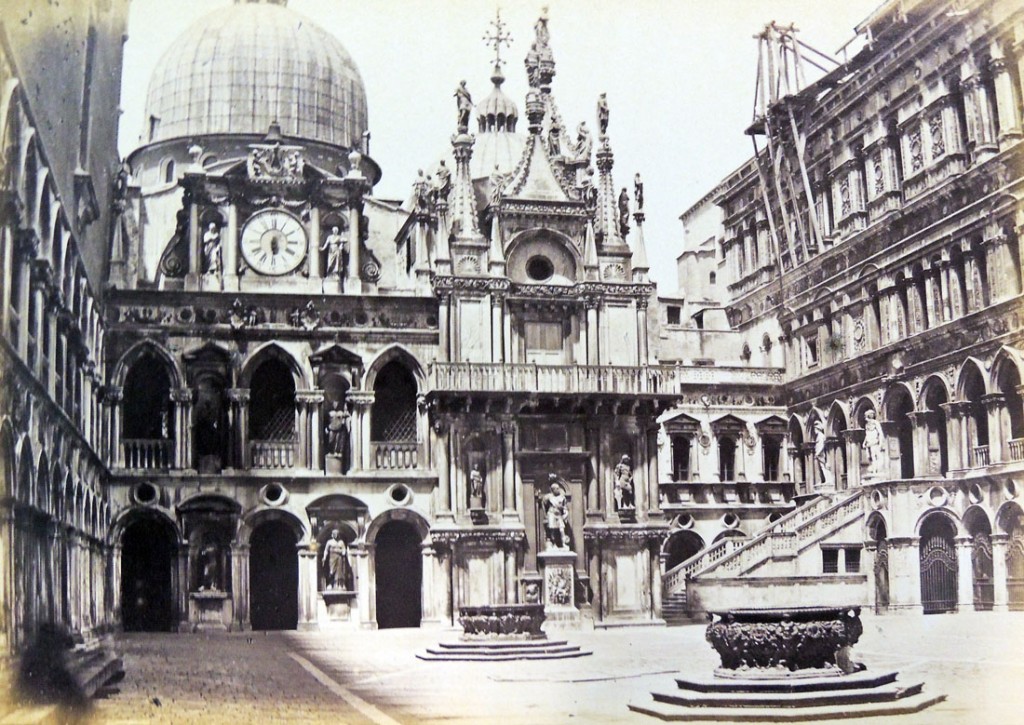 The Swiss photographer and optician Carlo (or Charles) Ponti moved to Venice around 1852 and established the first of three photography studios, offering tourists inexpensive views of local buildings and historic landmarks. Together with the Italian photographer Carlo Naya, Ponti developed one of the most lucrative distribution networks in Europe, with branches as far away as San Francisco, bringing him worldwide recognition and appreciation for the sensitivity and detail of his architectural photography. After the Seven Weeks War in 1866, he was appointed optician to Victor Emmanuel II, King of Italy. 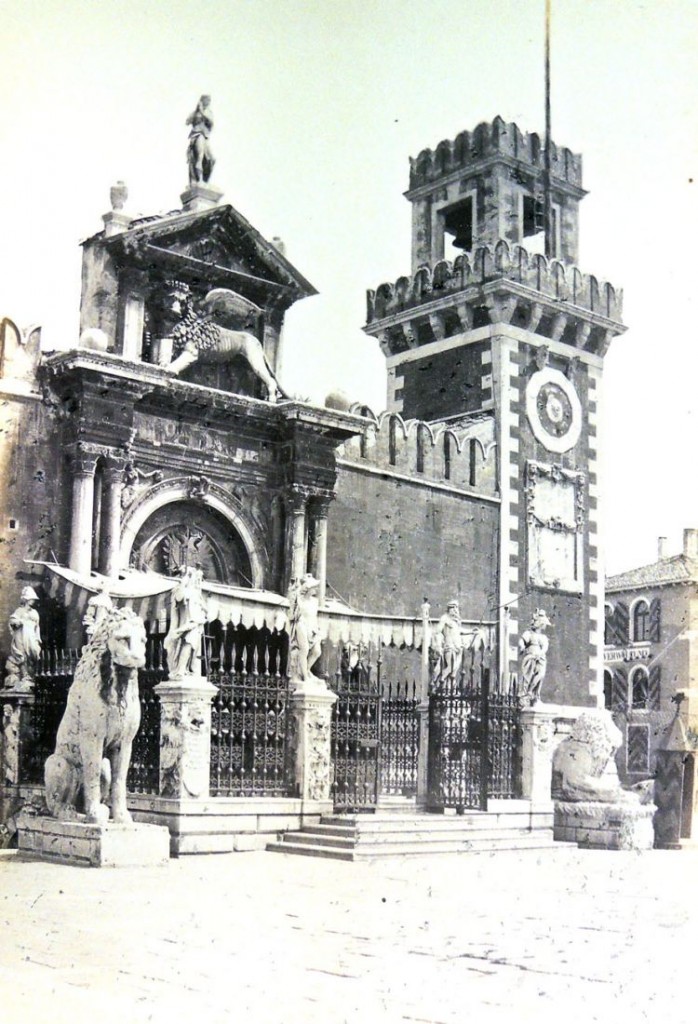 “Photographs are very fine and cheap in Venice; the best can be found at Charles Ponti’s, on the Grand Canal. This gentleman has invented a new instrument, which every American ought to possess, called the Alethoscope. The advantage of this instrument is, that with a single photograph of any size you please, you have a correct representation, the same as a stereoscope with an opening a foot square to look into. –William Pembroke Fetridge, American Travellers’ Guide, v.10 (1870). 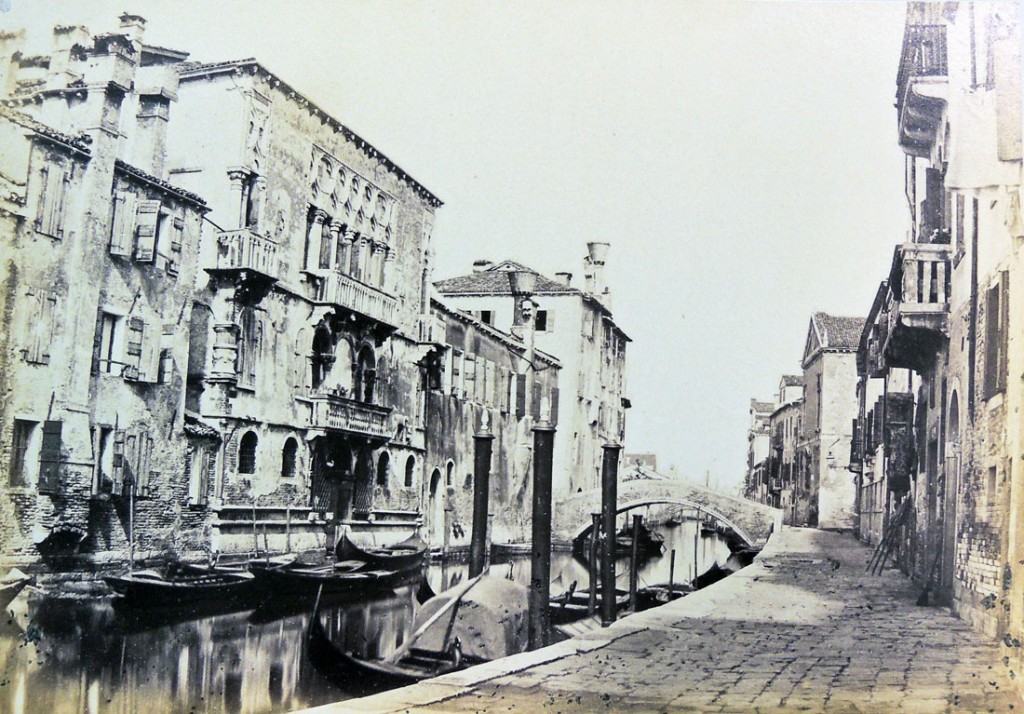 Ponti shot and printed his photographs between 1854 and 1875 but the company continued to produce tourist albums late into the nineteenth century and so, it is hard to date the collections of his prints.

As with many Ponti volumes the bindings are stamped: Ricordo di Venezia or Remember Venice. 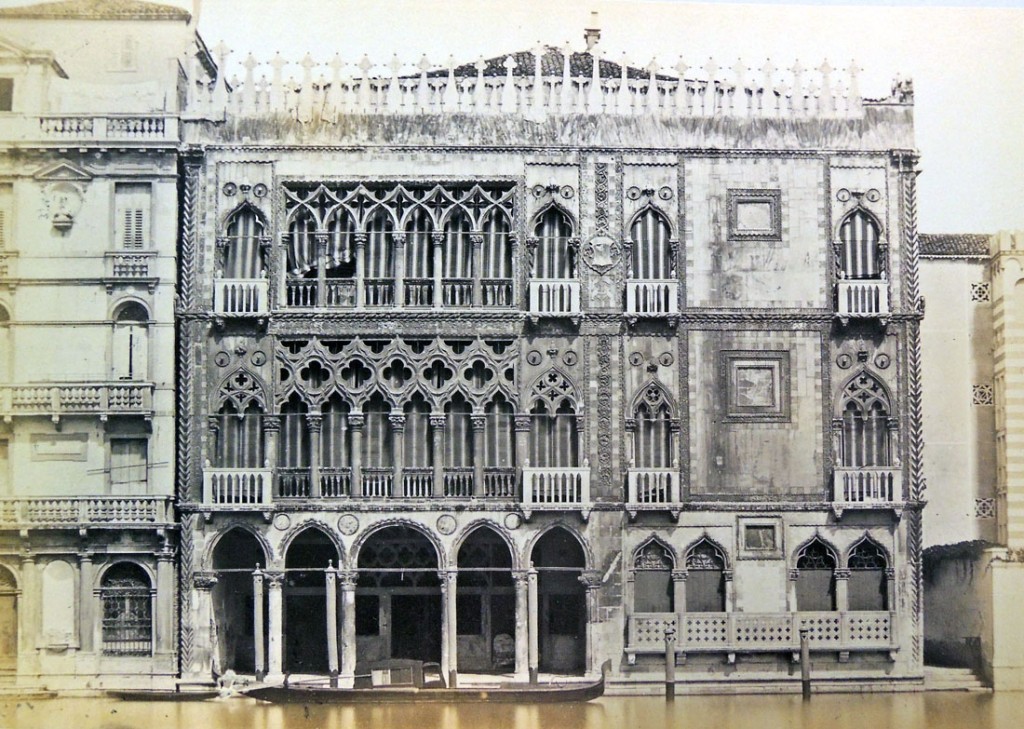 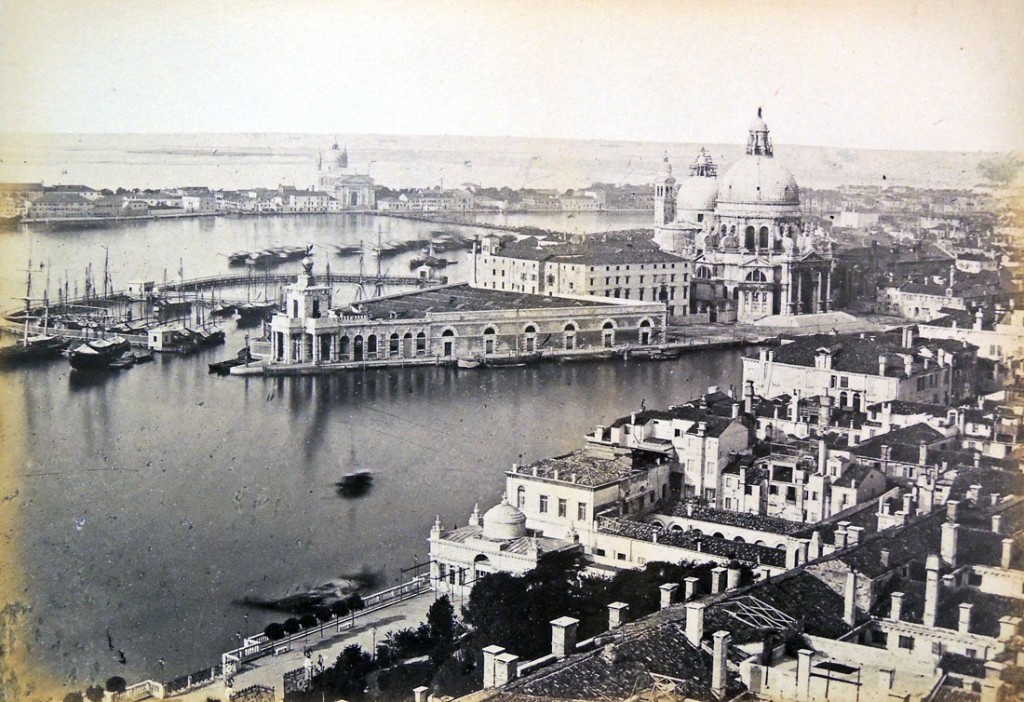 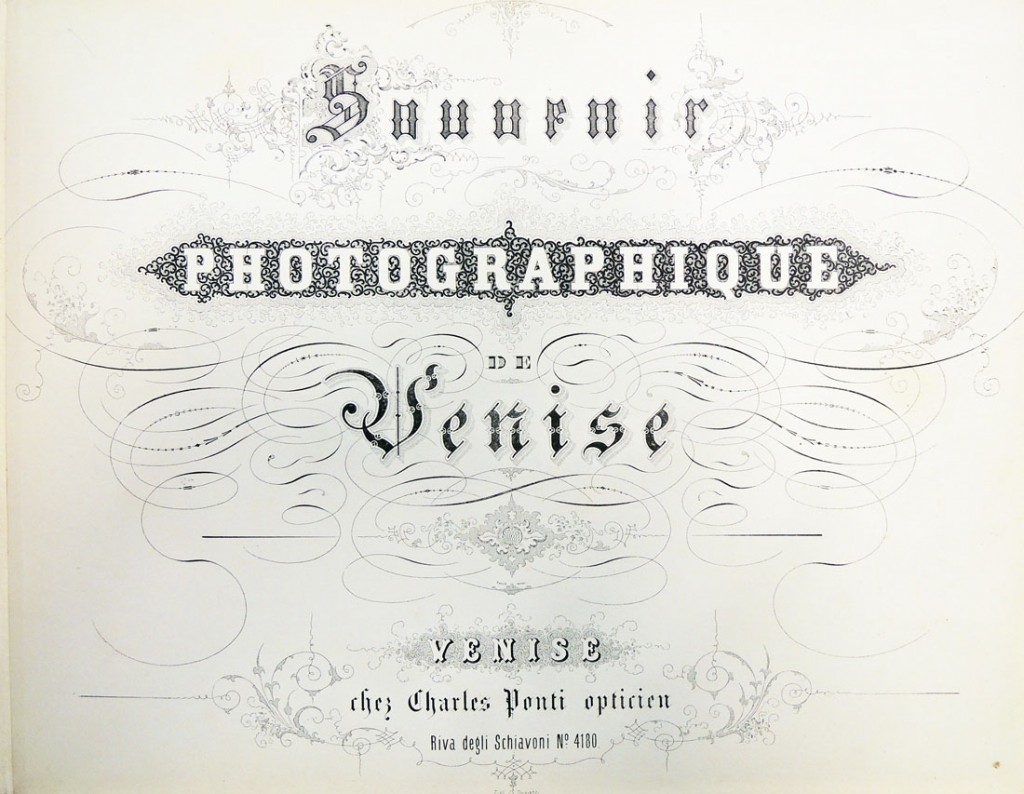