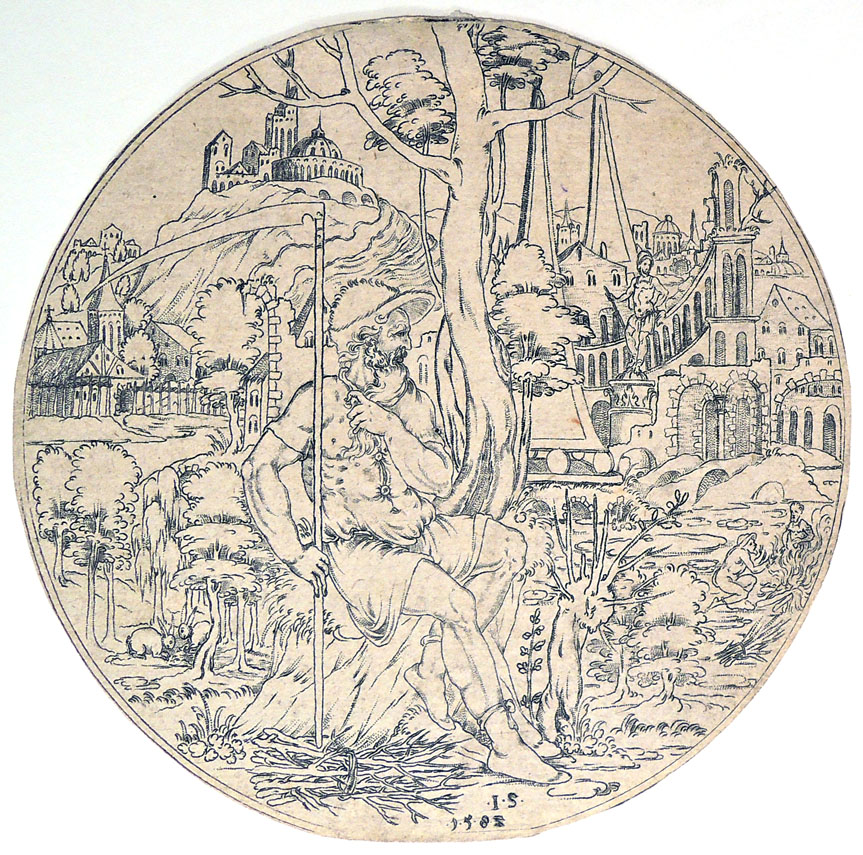 In 1582, the German goldsmith Jonas Silber (active 1572-1589) created a series of nine designs for the bottom of bowls or plates. They have no titles because they were decorative patterns, not meant for framing but for copying onto tableware. Nevertheless, libraries and museums collect these ornamental prints, giving them descriptive titles such as this one which is called Saturn seated in a Landscape or Circular Design with Saturn or Saturn seated on a stone at the base of a tree with his scythe in his hand.

According to the Oxford Dictionary of Art, “Silber studied with Samuel Spillman in Berne, then with Wenzel Jamnitzer in Nuremberg. Among the most talented practitioners of the Jamnitzer style, he popularized the goldsmith’s old technique of punch engraving in many allegorical prints, cups, and small bronze plaques. He became a master in 1572, and [examples] from that year typify his early work: it has restrained Renaissance proportions and is decorated with four classical medallions on a band of punchwork verdure.”

Note, this print is not as pink as my quick photograph appears.