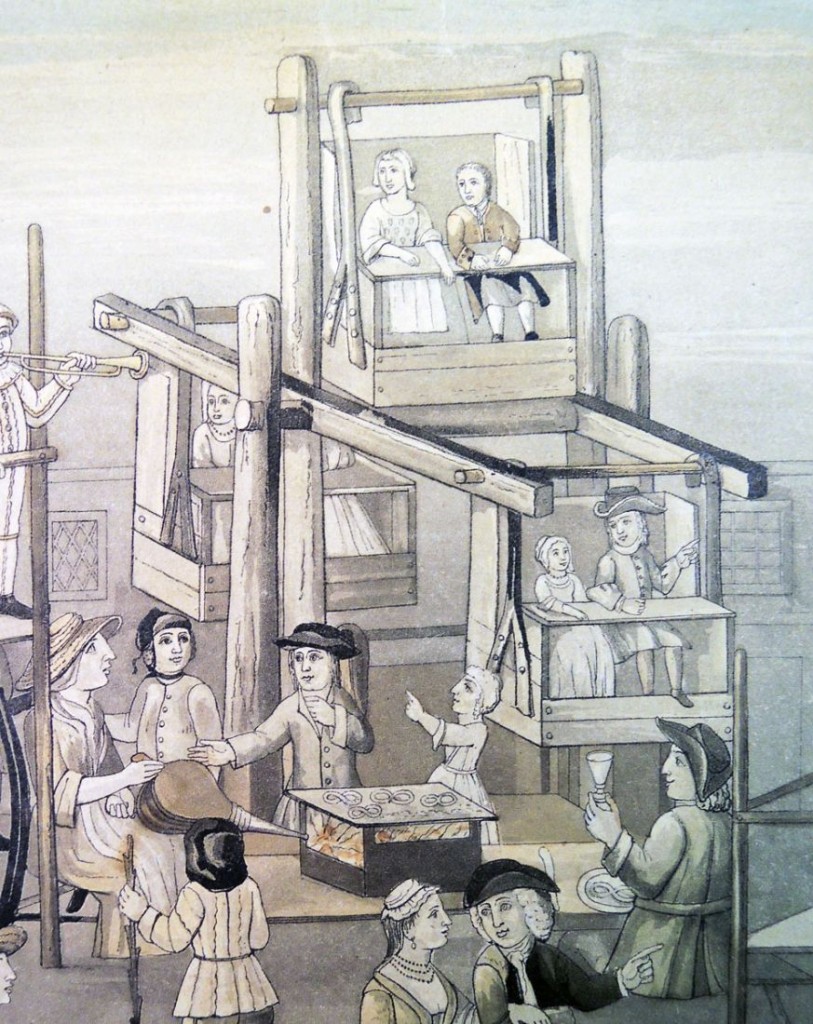 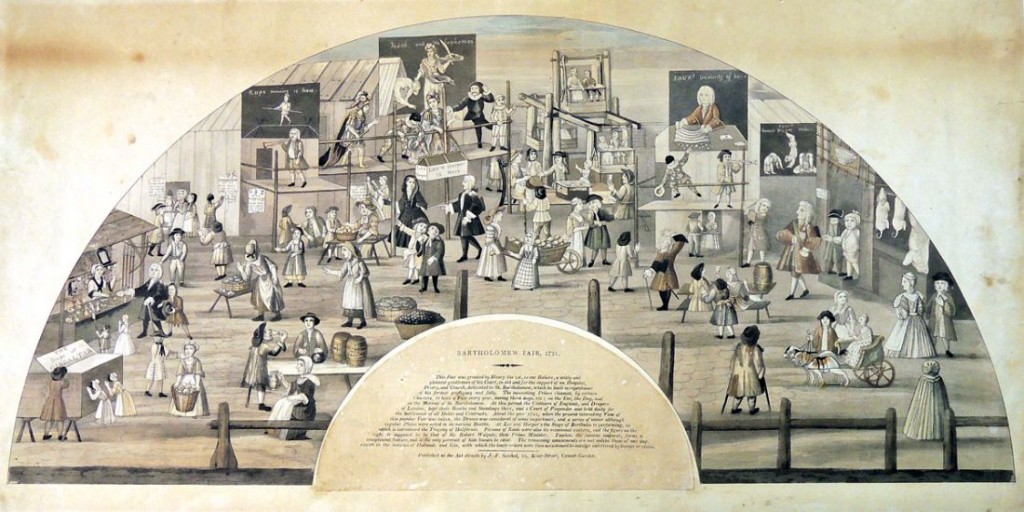 From 1133 to 1855, the citizens of London came together for several days each August to enjoy the pleasures at the Bartholomew Fair. Thanks to this colored aquatint, we can also enjoy the many entertainments offered during the 1721 fair, including a peep-show of The Siege of Gibraltar, Lee and Harper’s presentation of Judith and Holofernes, Faux’s Dexterity of Hand and his Famous posture master. At the top, people are seen riding an “ups and downs,” an early version of the ferris wheel. 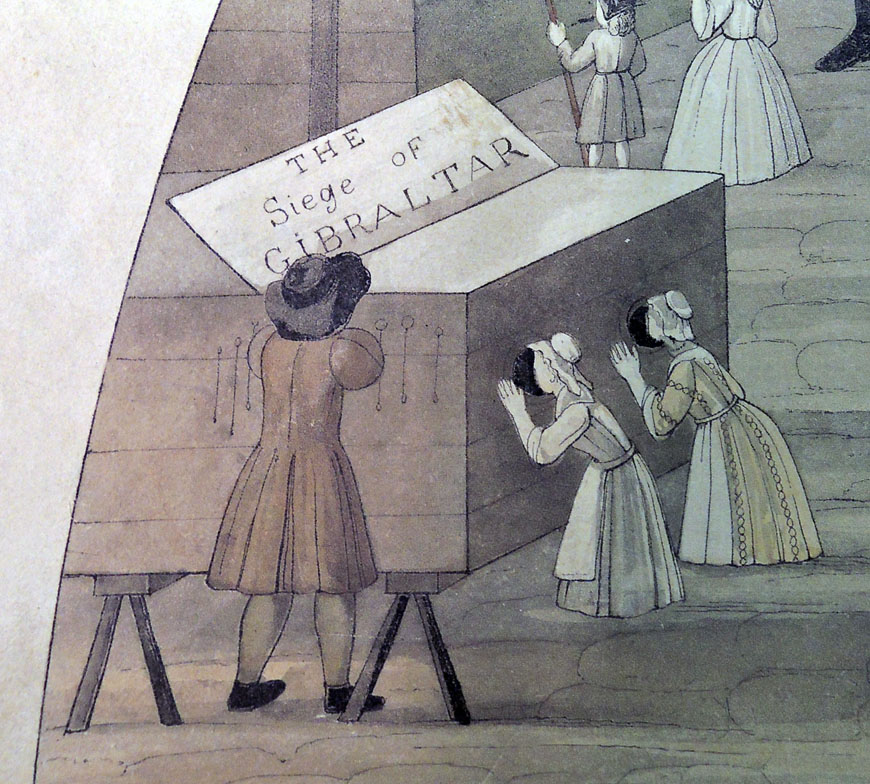 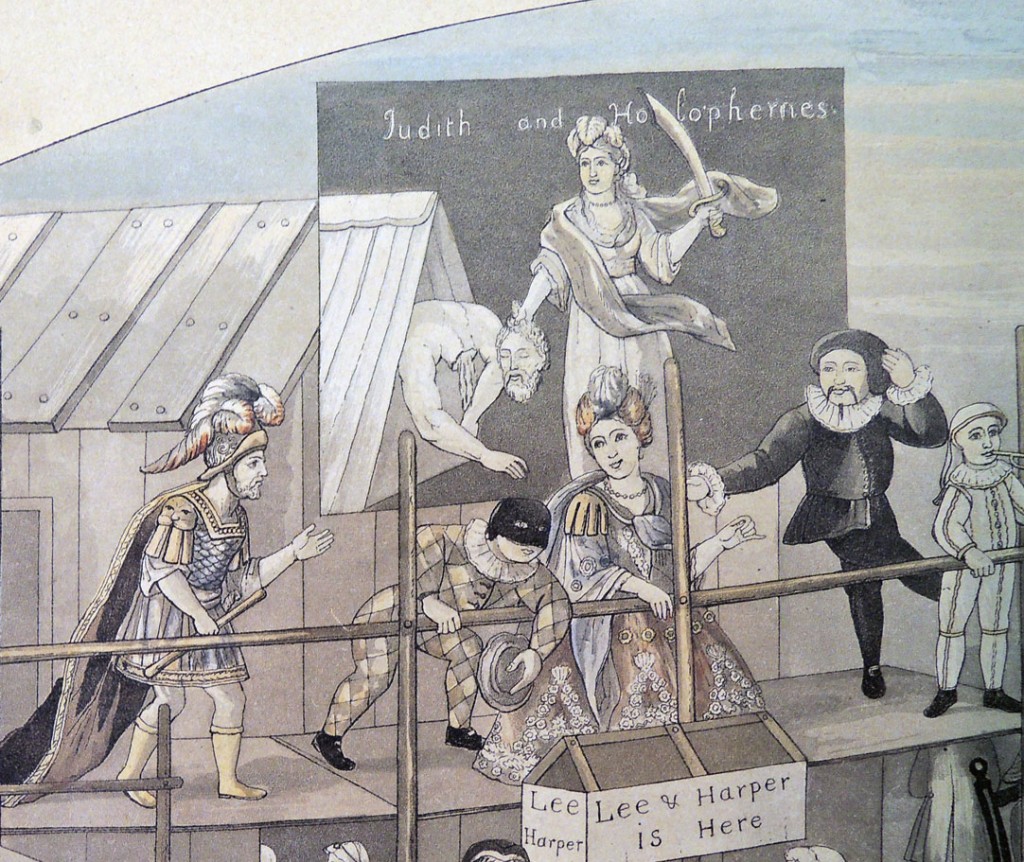 “There was once sold in Bartholomew Fair a Fan,” wrote Henry Morley in his Memoirs of Bartholomew Fair, “on which the Fair was represented as it then appeared in the eyes of a Bartholomew artist, who having his own views of perspective, carefully economised the number of his figures, and left out at discretion bodies or legs, in the treatment of which he was embarrassed. A coloured engraving of this picture was issued by Mr. Setchel of Covent Garden, with a brief description commonly assigned to Caulfield, the bookseller, author of four volumes of Remarkable Characters. The date of the Fan is here said to be 1721; but this cannot be right, since it displays, among other things, a puppet show of the Siege of Gibraltar, which occurred in 1727. Almost every great Siege in which England was concerned reappeared on the first occasion in the shows at the Fair.”

A drawing for this scene, owned by the British Museum, was probably made circa 1730 but the fans were likely printed and sold in 1824. 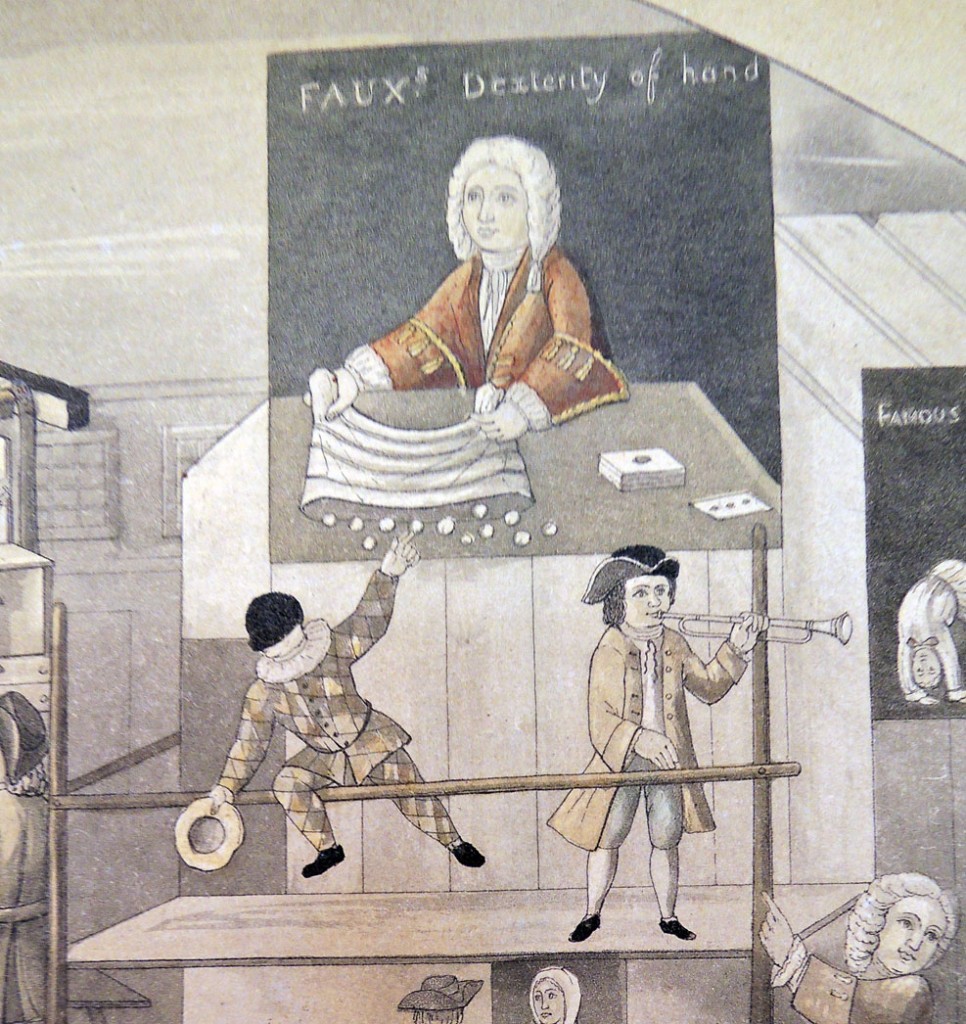 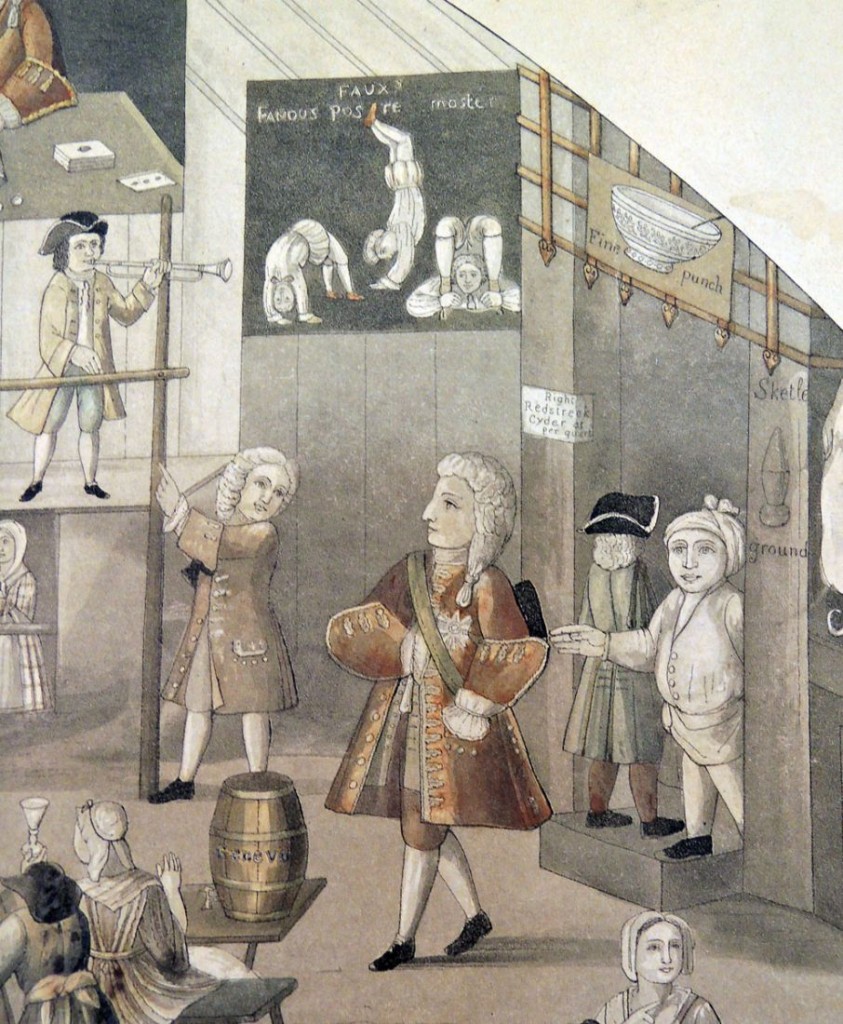 Let not the ballad singer’s shrilling strain
Amid the swarm thy listening ear detain:
Guard well thy pocket, for these syrens stand
To aid the labours of the diving hand;
Confederate in the cheat, they draw the throng,
And Cambric handkerchiefs reward the song.”