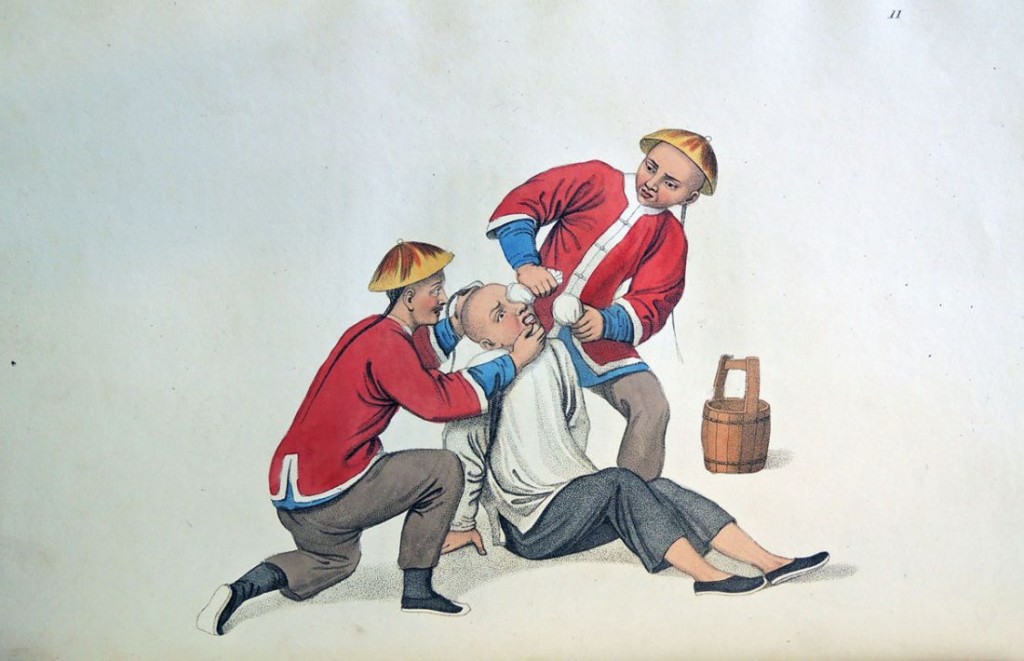 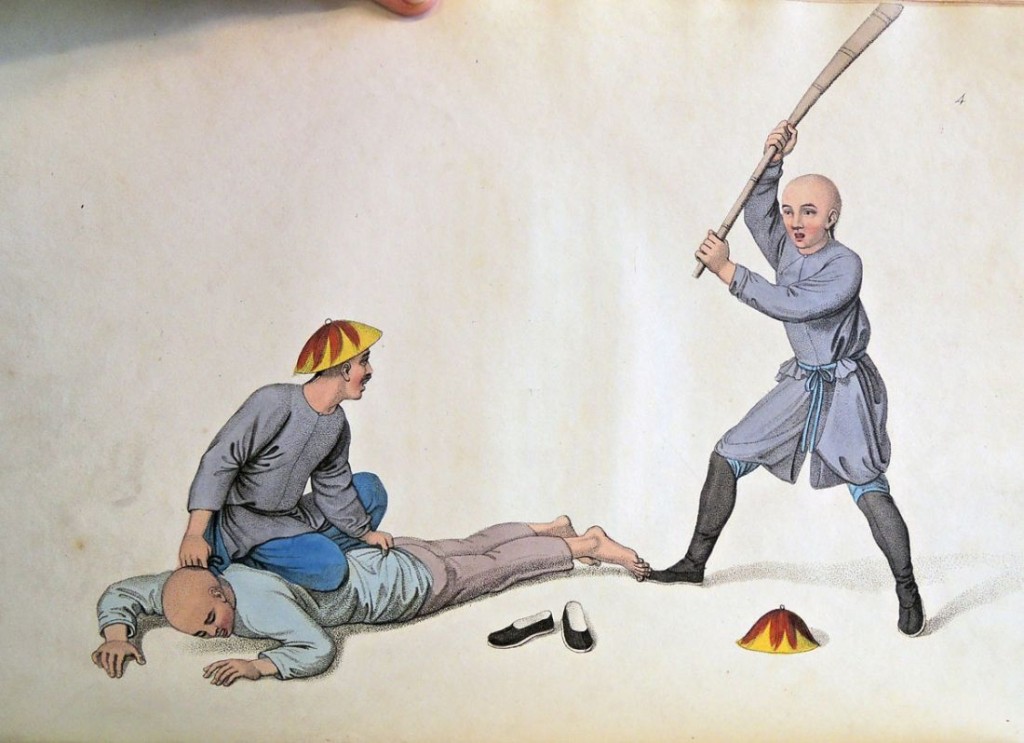 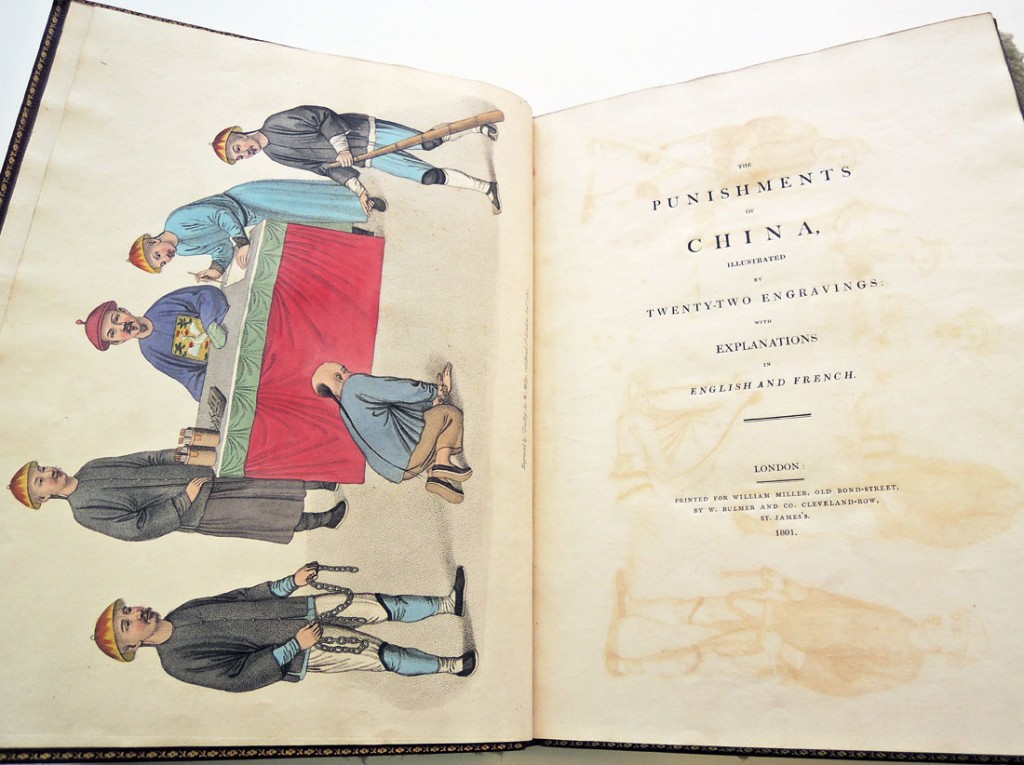 Preface. The Chinese code of penal laws is compiled in such a manner as to have a punishment appropriated for every crime; a series of these is displayed in the following Plates. The wisdom of the Chinese Legislature is no where more conspicuous than in its treatment of robbers, no person being deomed [sic] to suffer death for having merely deprived another of some temporal property, provided he neither uses, nor carries, any offensive weapon. This sagacious edict renders robbery unfrequent; the daring violator of the laws, hesitating to take with him those means which might preserve his own life, or affect that of the plundered, in the event of resistance, generally confines his depredations to acts of private pilfering; and a robbery, attended with murder, is, of course, very rarely perpetrated. 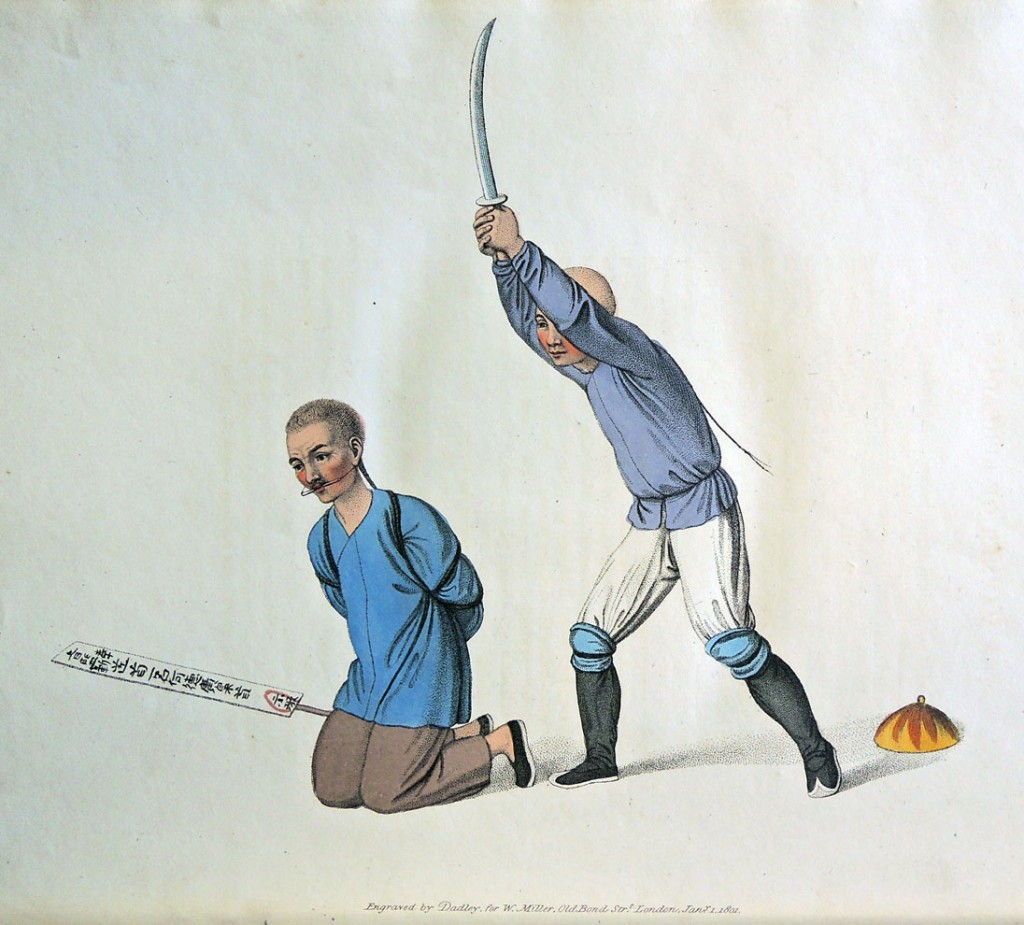 The manner of beheading. 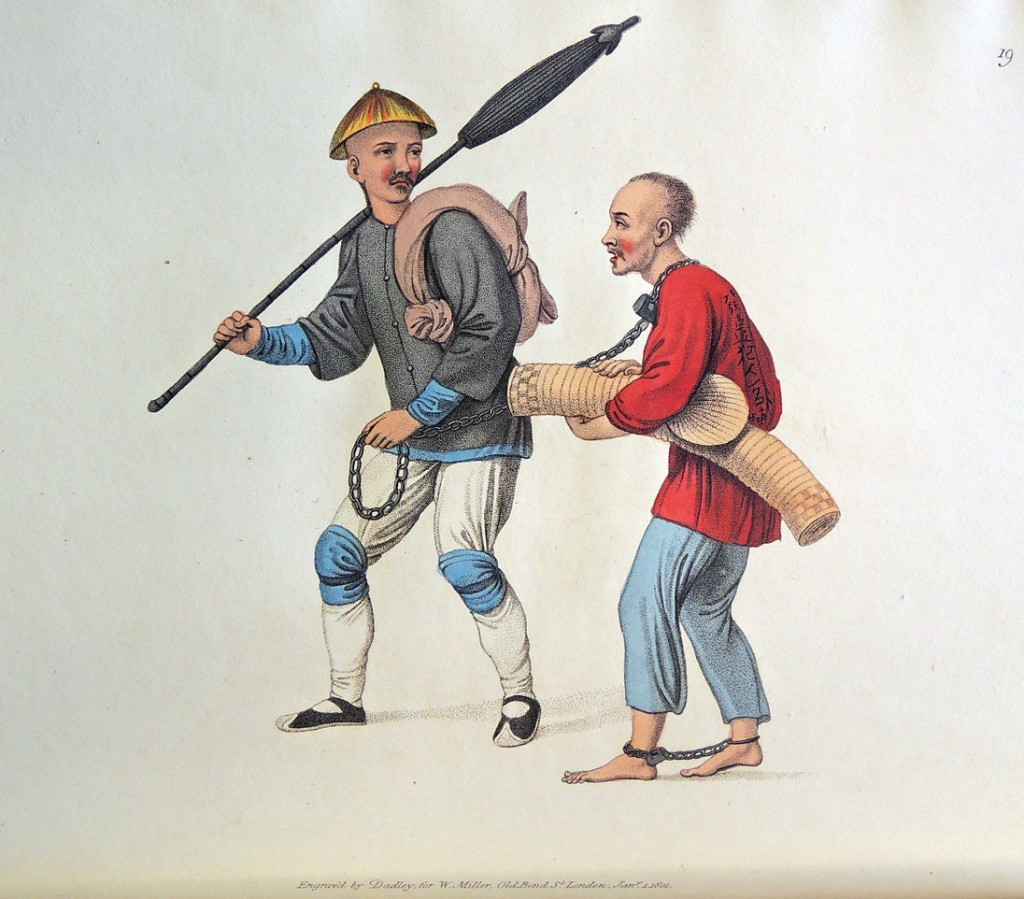 Conducting an offender into banishment. 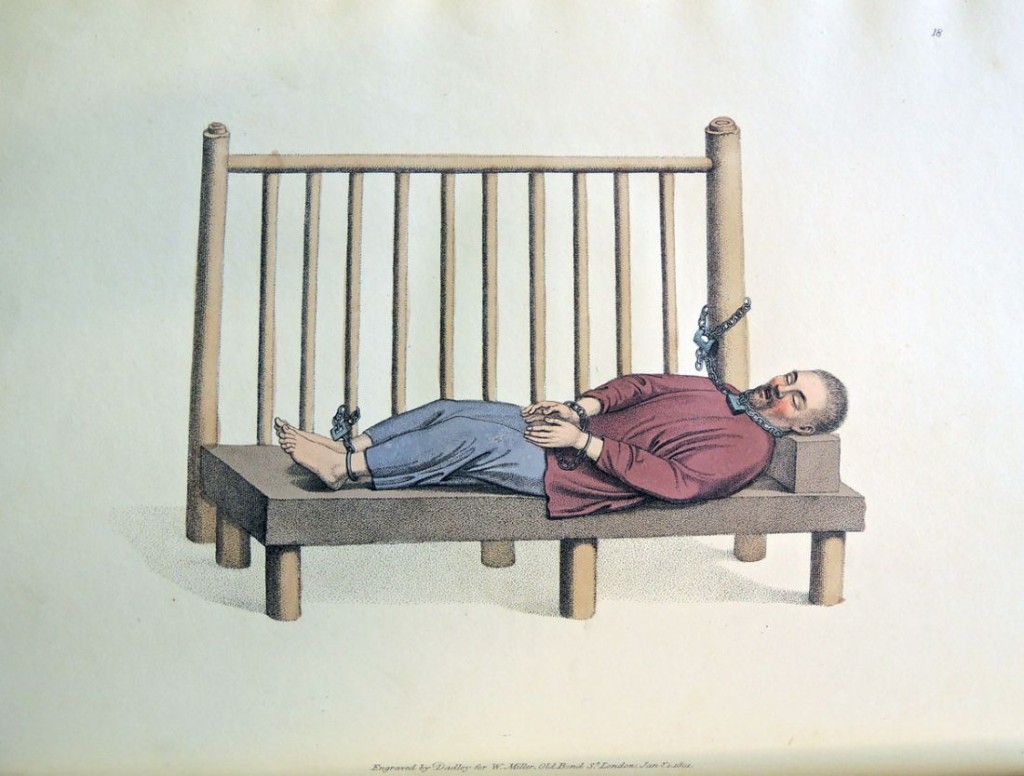 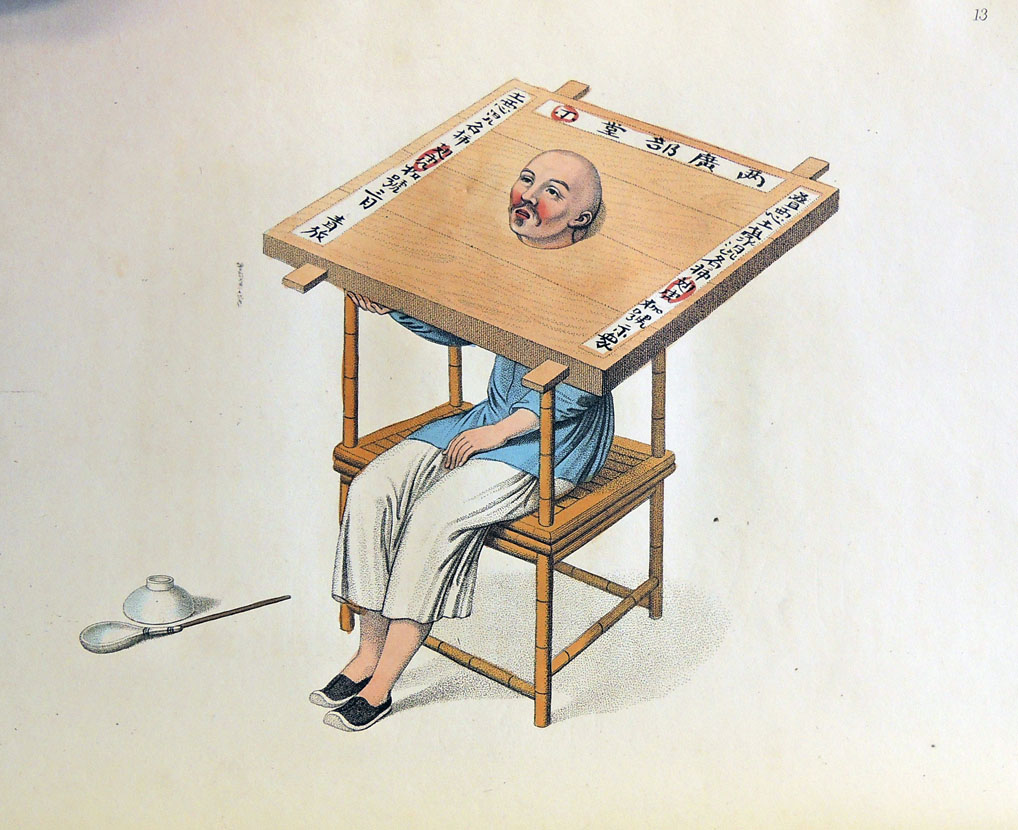 Punishment of the wooden collar. 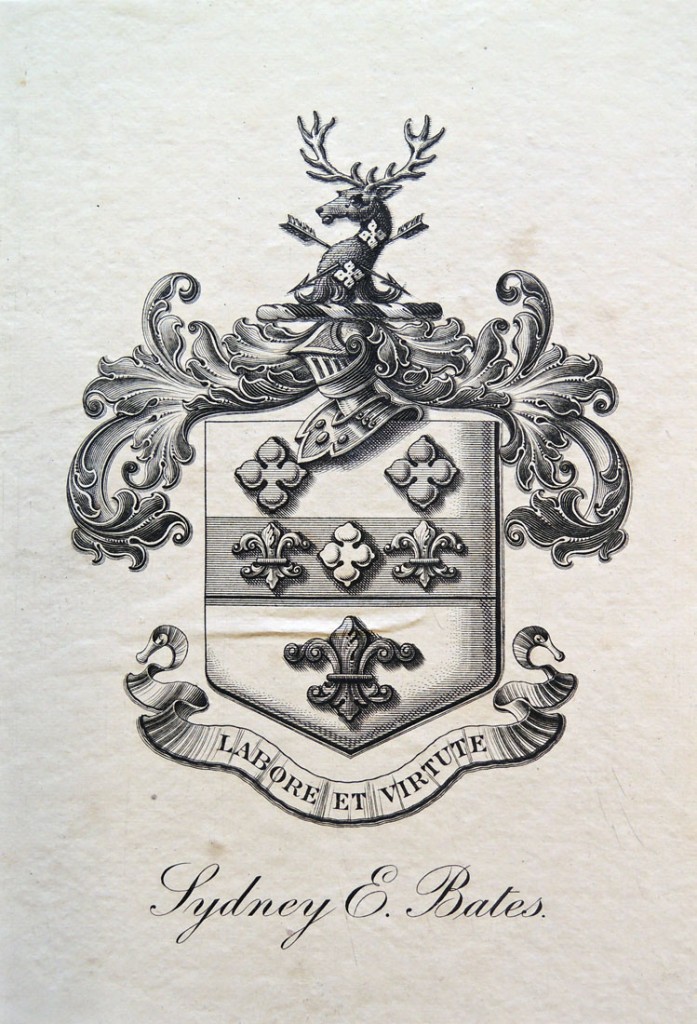