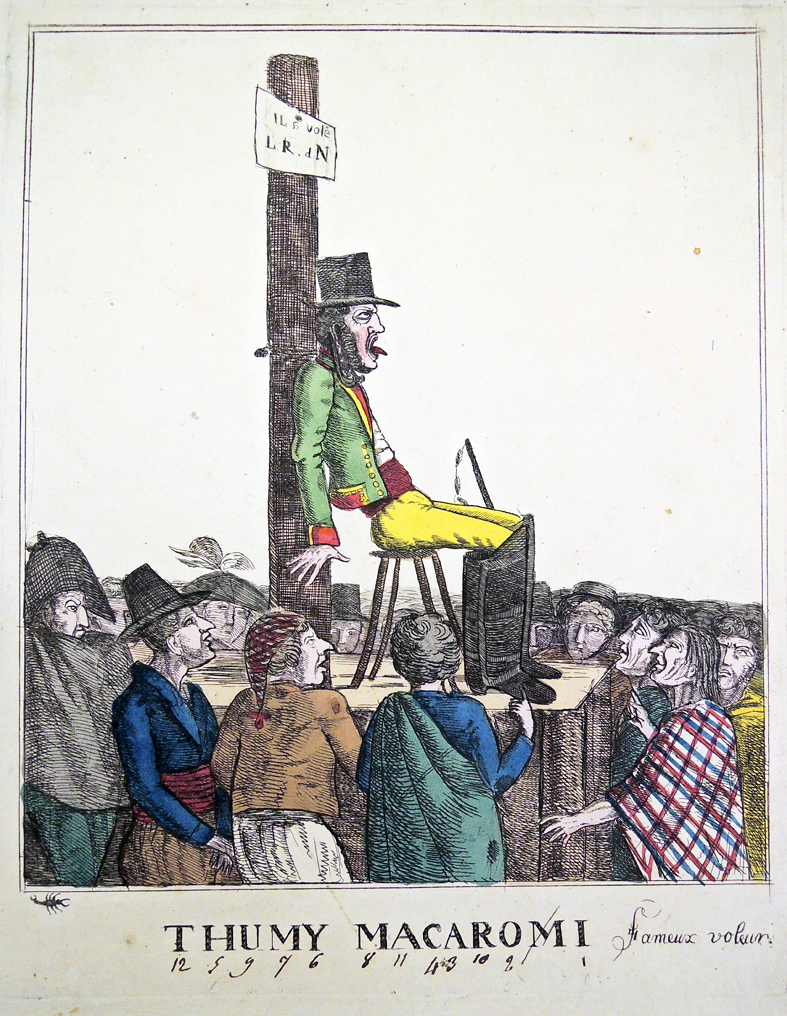 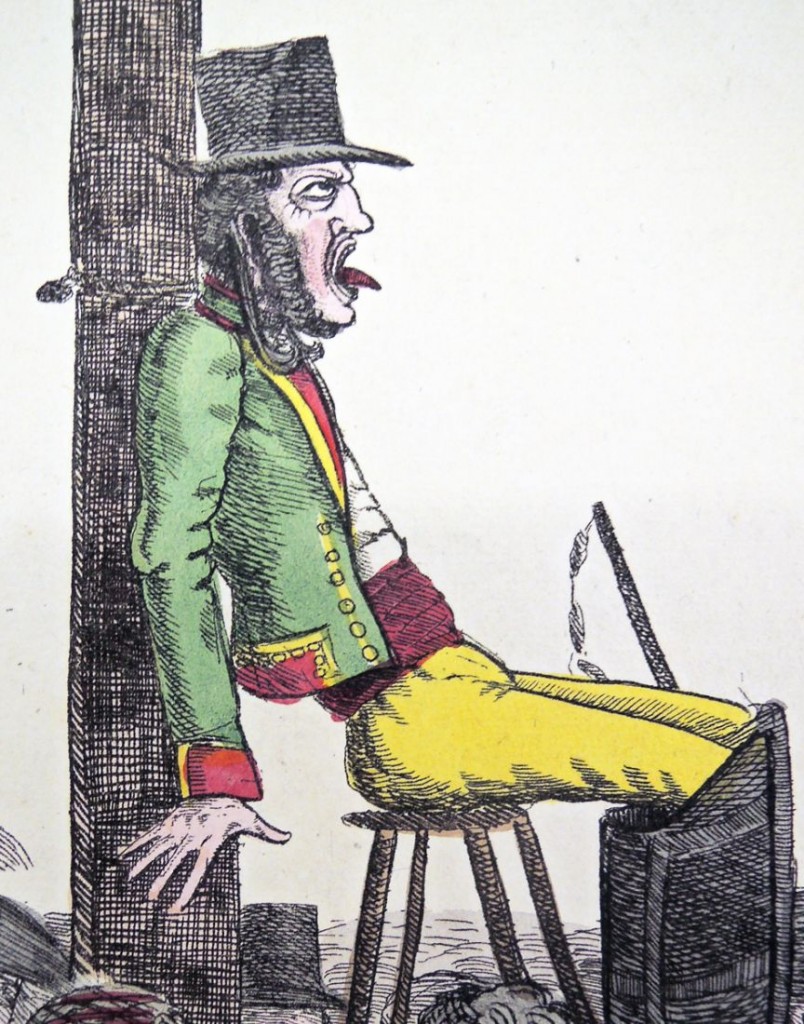 This French caricature depicts the public execution of Joachim Murat (1767-1815), brother-in-law of Napoleon I (1769-1821). The sign on the pole reads: Il a volé L[e] R[oyaue] de N[aples] (He stole the kingdom of Naples), referring to the fact that Napoleon named him King of Naples.

In 1812 Murat took part in Napoleon’s Russian campaign but when the campaign failed, Murat fled to Corsica, where he was arrested. Murat was put on trial for treason and sentenced to death by firing squad. The caricature changes this to execution by garroting (strangulation by a wire or cord), which was the sentence for a common thief.

In Alexander Meyrick Broadley’s Collectanea Napoleonica (Rare Books (Ex) Napoleon DA) this print is listed as Italian. Since then, the signature of a scorpion in the lower left has been attributed to the French printmaker known as Forceval (active 1814-1815). According to the British Museum “One [print] is identified in Bibliographie de la France as being published by Forceval. Nothing is known about him apart from his surviving prints, some of which were entered in the Bibliographie de la France by Martinet.” 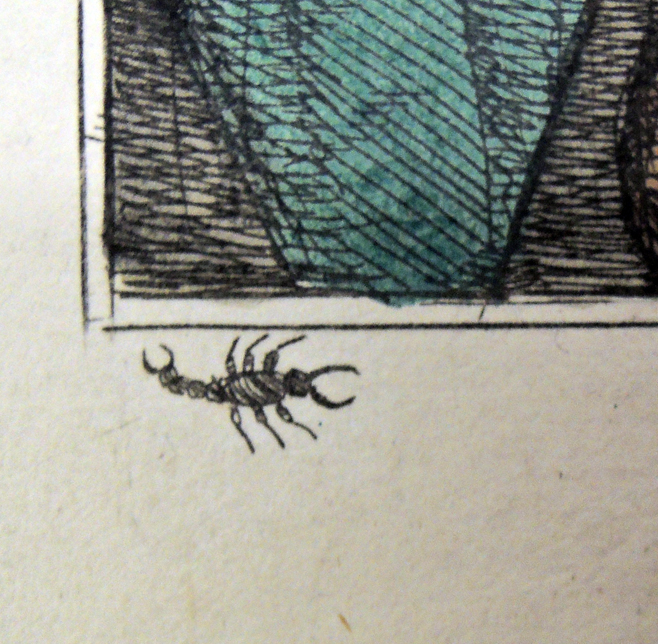 No other copy of this rare print has these manuscript annotations on the title.

Here are a few other prints with the scorpion signature: 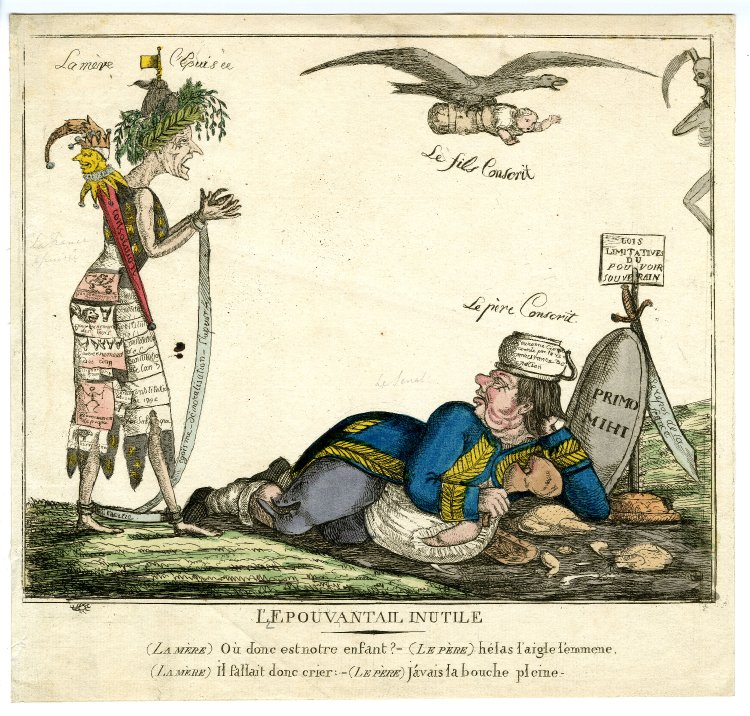 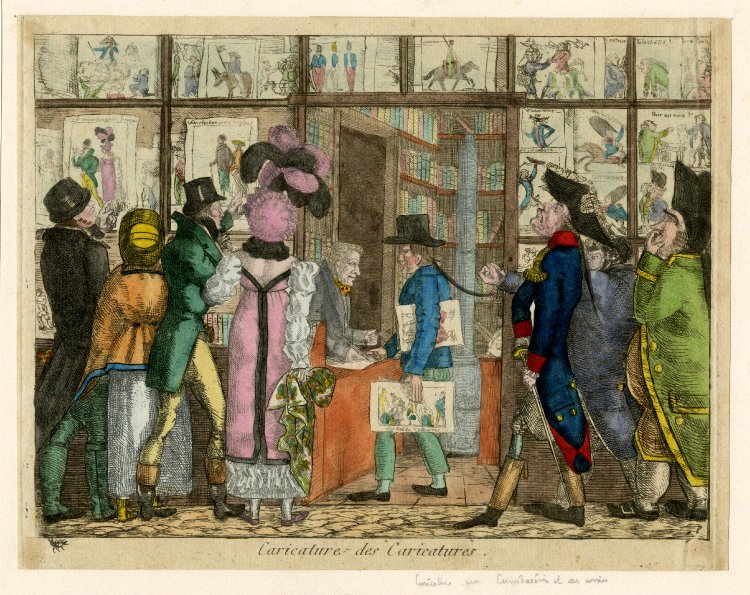 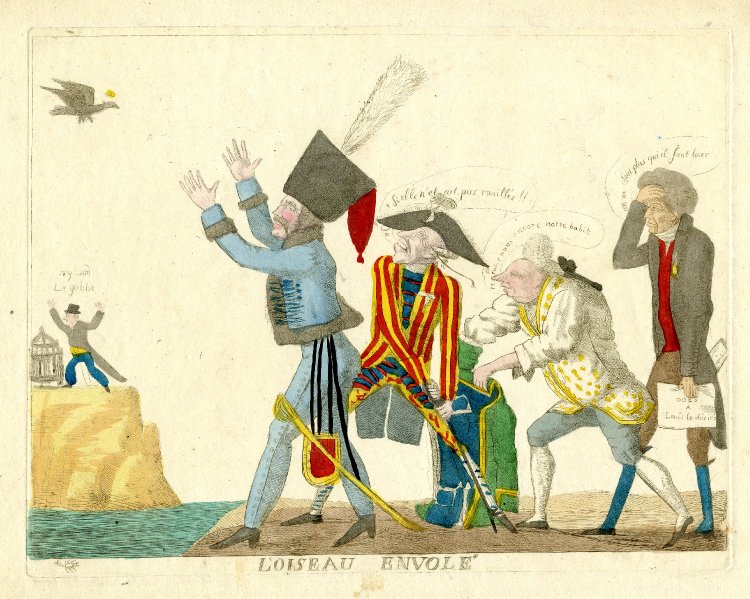