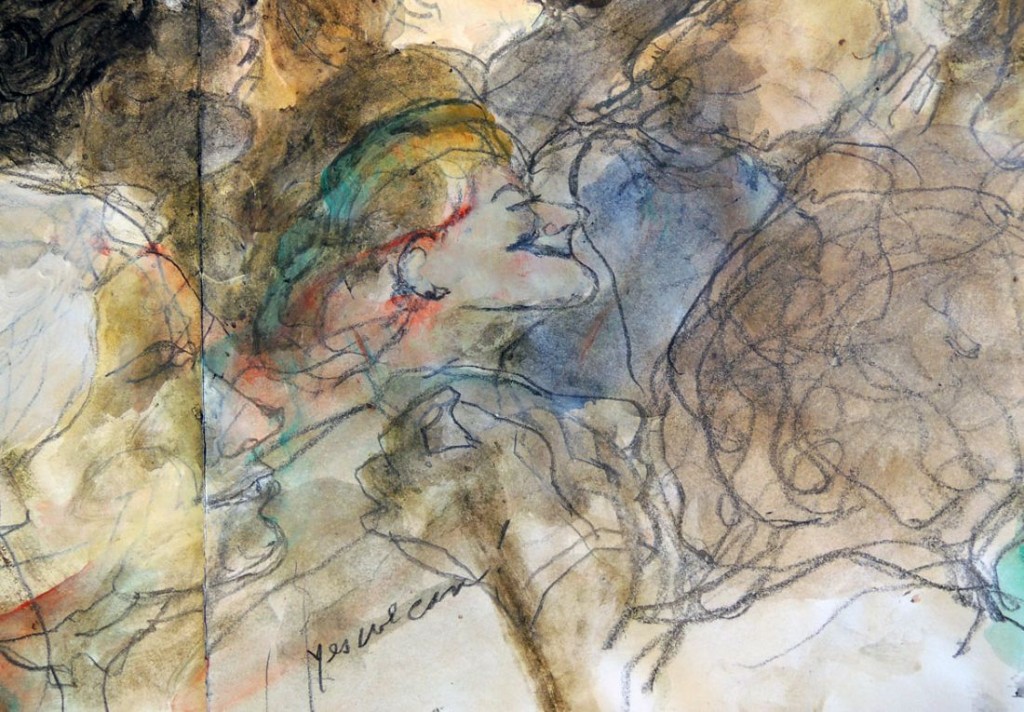 Nearly twelve years ago, Illinois State Senator Barack Obama presented the keynote address at the 2004 Democratic National Convention held in Boston, Massachusetts. That Tuesday night in July became the decisive moment that propelled Obama forward and let him to become President of the United State.

Artist and visual journalist Franklin McMahon was in the audience that night and captured the drama of the moment in this acrylic painting, recently acquired by the Graphic Arts Collection. Unlike the multitude of photographs published, this sketch places the viewer in the middle of the audience and gives us a sense of the excitement of that event. 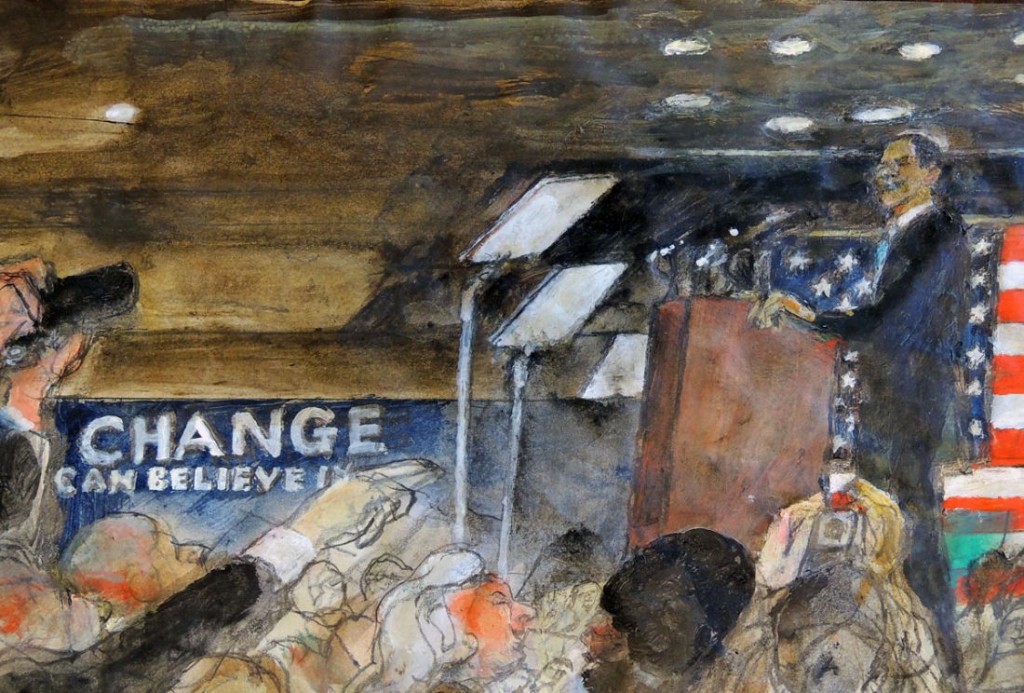