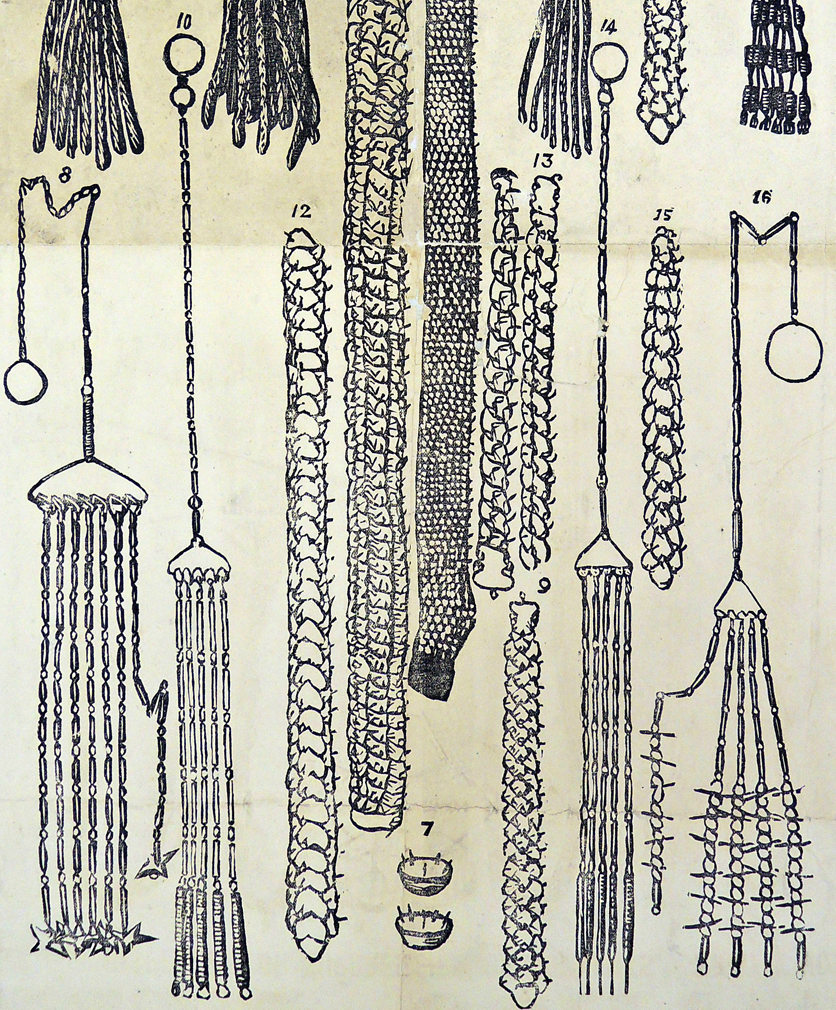 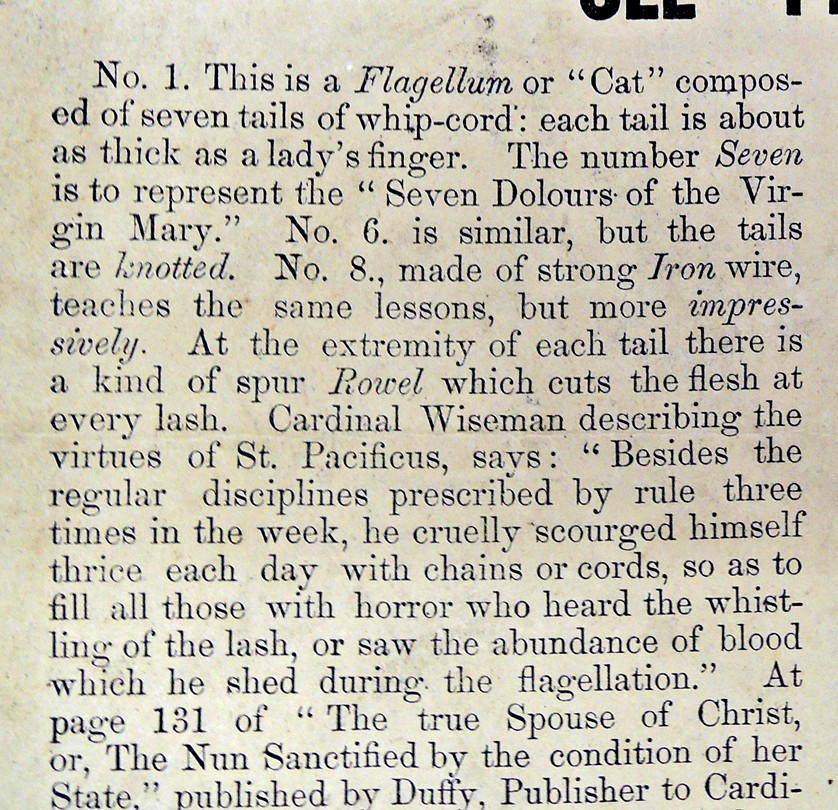 Copies of this Paper may be had Gratis for posting on Church and Chapel boards. 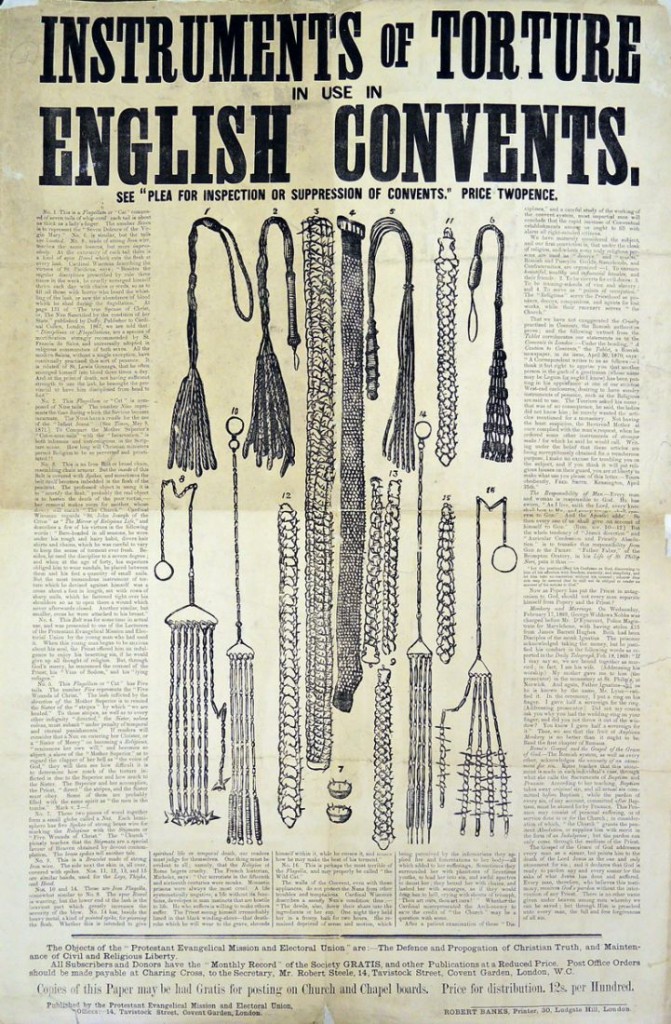 Various scourges and belts supposedly used by Catholic nuns are displayed in this anti-Catholic propaganda broadside distributed free of charge by the Protestant Evangelical Mission and Electoral Union. “[The organization] had its start as the sponsor of public lectures by William Murphy, an itinerant lecturer whose violent anti-Catholic rhetoric kept England north of the Trent in an uproar from 1866 until his ultimately fatal beating in 1871. After the loss of its champion, the group continued a shadowy existence into the early 1900s, reprinting salacious tracts by Pierce Connelly, Blanco White, and Maria Monk.” –Denis G. Paz, Popular Anti-Catholicism in Mid-Victorian England (Stanford University Press, 1992).