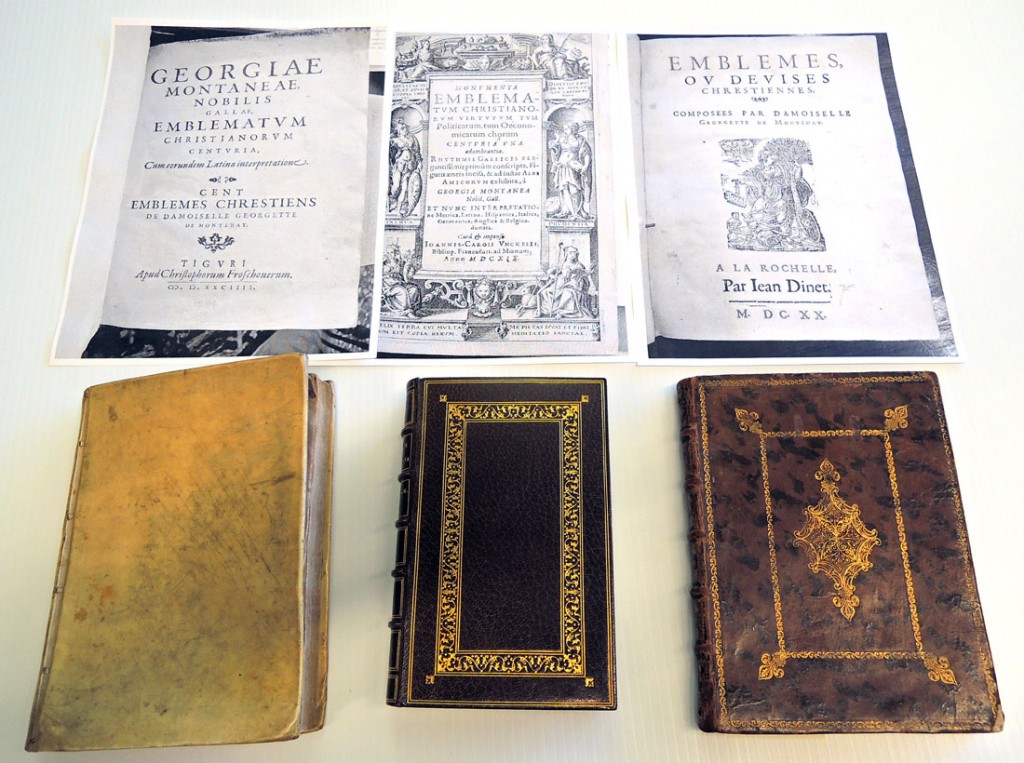 Thanks to a recent acquisition, made jointly by the rare book division and the graphic arts collection, Princeton researchers now have the opportunity to study Georgette de Montenay’s rare emblem book through three consecutive editions, three publishers, and three unique physical volumes. In addition, we can follow the transfer of the one hundred copper plates by the French goldsmith, painter, and sculptor Pierre Woeiriot (1532-1599) as they moved from Switzerland to Germany to France for more than fifty years, reprinted with no visible damage or deterioration and outliving both the artist and the author. 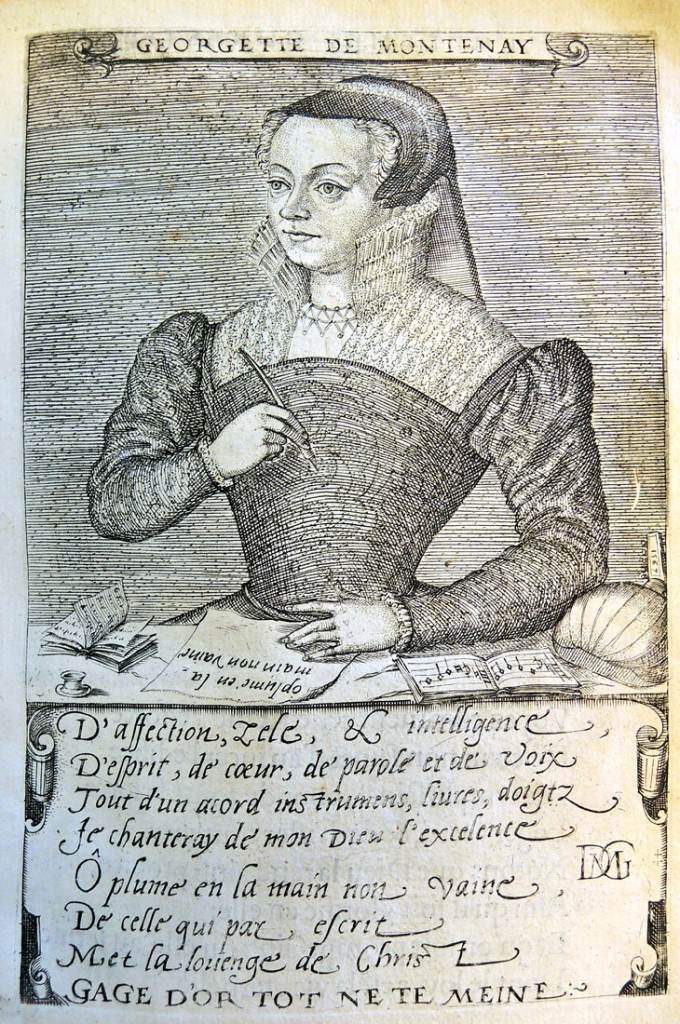 On zealous affection and intelligence
Spirit, heart, speech and voice
All in agreement; instrument, books, fingers
I sing to my God’s excellence
O’ quill in my hand, not in vain,
From which I write
The praises of Christ
The promise of financial reward is not what leads you on [an anagram for the author’s name:] 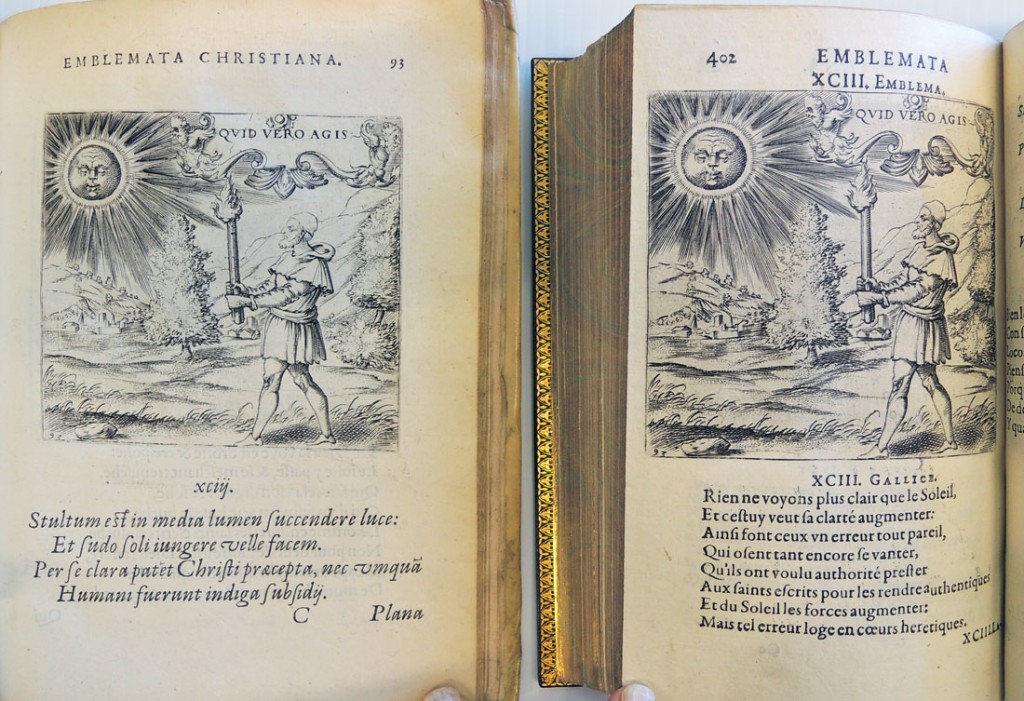 “Georgette de Montenay has been the object of enduring scholarly interest, not only as the first woman author of an emblem book, but also as the creator of a new literary and artistic genre: the religious emblem. Most probably converted to Protestantism under the influence of Jeanne d’Albret, Queen of Navarre (to whose court she was attached after her marriage to Guyon de Gout, c. 1562), de Montenay composed a series of one hundred militant Christian octets in the mid-1560s and closely supervised their illustration by a gifted Lyonnaise etcher, Pierre Woeiriot, who was also of the reformed persuasion.

The Emblesmes ou devises chrestiennes were finally published in 1571 by a brother in religion, Jean Marcorelle, and were to have an immediate success.”—Sara F. Matthews Grieco, “Georgette de Montenay” Renaissance Quarterly 47, no.4 (Winter 1994). Since this article, a copy found in the Royal Library in Copenhagen suggests that Montenay’s book may have appeared even earlier. 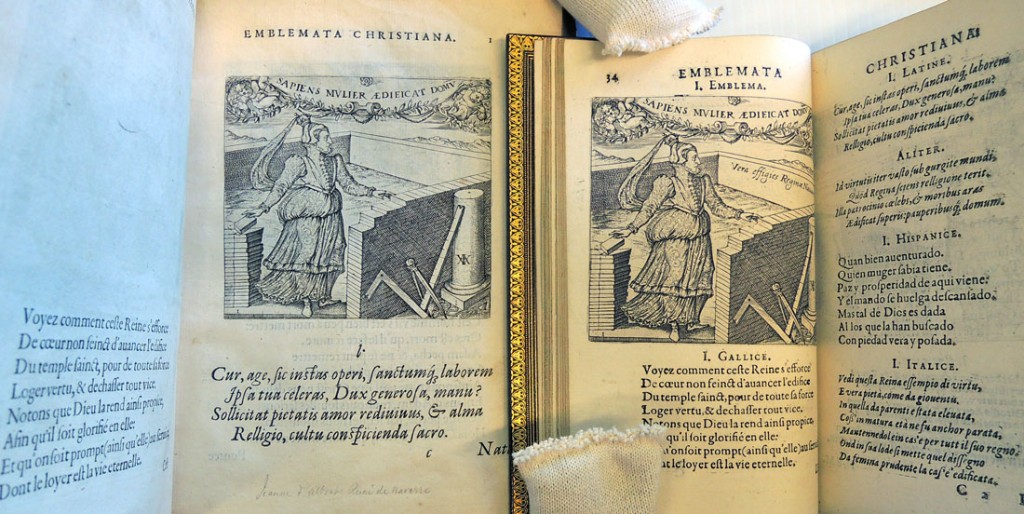 Note that the words “Vera effigies Reginae Navarrae” have been added to the first engraved emblem in our newly acquired 1619 edition. 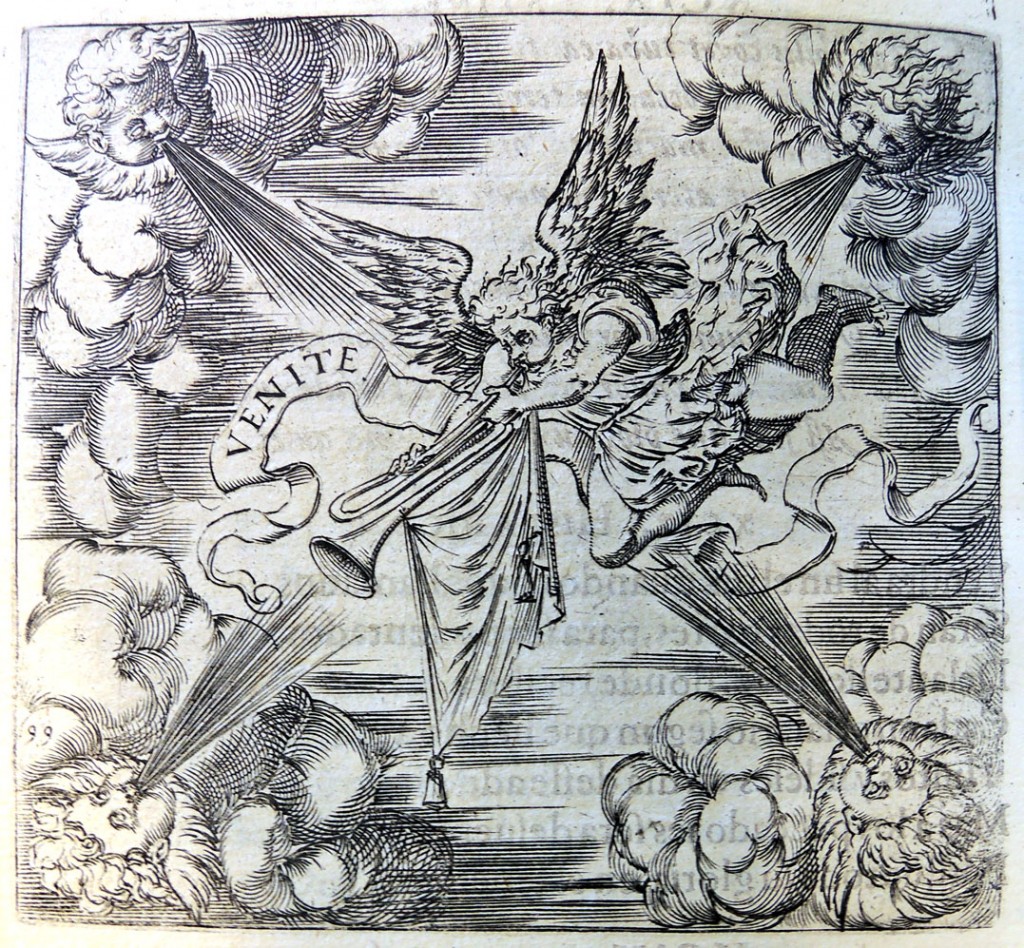