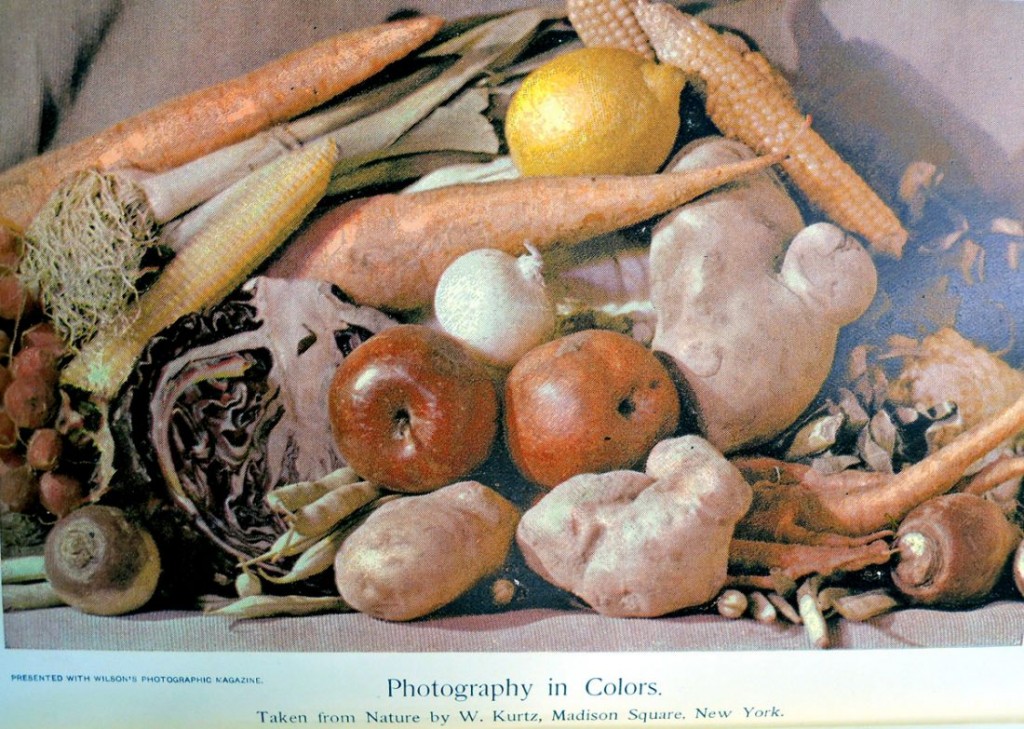 “Learning of Georg Meisenbach’s success with halftone printing in England, [William] Kurtz set out to reproduce the process and in doing so, became one of the United States’ first commercial practitioners of reproducing photographic plates in halftone prints . . . Likewise, when Hermann Wilhelm Vogel’s advances in color photography became known, Kurtz arranged to purchase the American rights to the ‘three-color process’ from Vogel and was able to devise a way to apply it to halftone printing.” (S.H. Horgan, Inland Printer, August 1921)

William Kurtz’s first three-color photoengraving, called a Coloritype, was published in the January 1, 1893, issue of Photographische Mittheilungen, Vogel’s Berlin photography journal. Two months later, the same image was used as a frontispiece of The Engraver & Printer, a small trade publication, which had attempted three-color printing several years earlier (see John Bidwell, “’The Engraver and Printer’, a Boston Trade Journal of the Eighteen Nineties,” The Papers of the Bibliographical Society of America 71, no. 1 (1977): 29-48).

After these two relatively limited uses of the process, Edward Wilson financed the printing of over 6,000 Coloritypes for the May 1893 issue of Wilson’s Photographic Magazine [seen above]. “This illustration,” wrote Horgan, “proved to the whole printing world that reproductions of colors by photography into three half-tone blocks to be printed in colored inks had arrived.”

Contrary to published sources, Kurtz applied for and received a patent on his process (Letters Patent of the U.S. no. 498,396A granted May 30, 1893), but this did little to stop printers and publishers across the country making their own three-color prints.

While Kurtz’s Coloritype Company leased five floors at 32 Lafayette in lower Manhattan, with a public gallery on the ground floor, Gustave Zeese formed the Chicago Colortype Company (dropping the ‘I’ from the name), Julius Regenstein established the Photo Colortype Company, and Frederick Osgood’s Osgood Engraving Company switched to Colortypes. In New York, the Moss Colortype Company did the same but advertised theirs as Moss-types. Kurtz’s $200,000 investment was overwhelmed by it competitors and his company was eventually bought-out, leaving Kurtz bankrupt.

Edward Wilson had for many years been documenting the experiments of Vogel, Kurtz, and others in his monthly magazine. Here is the note he published in the April 1893 issue of Wilson’s Photographic Magazine, describing the history of three-color printing to date. 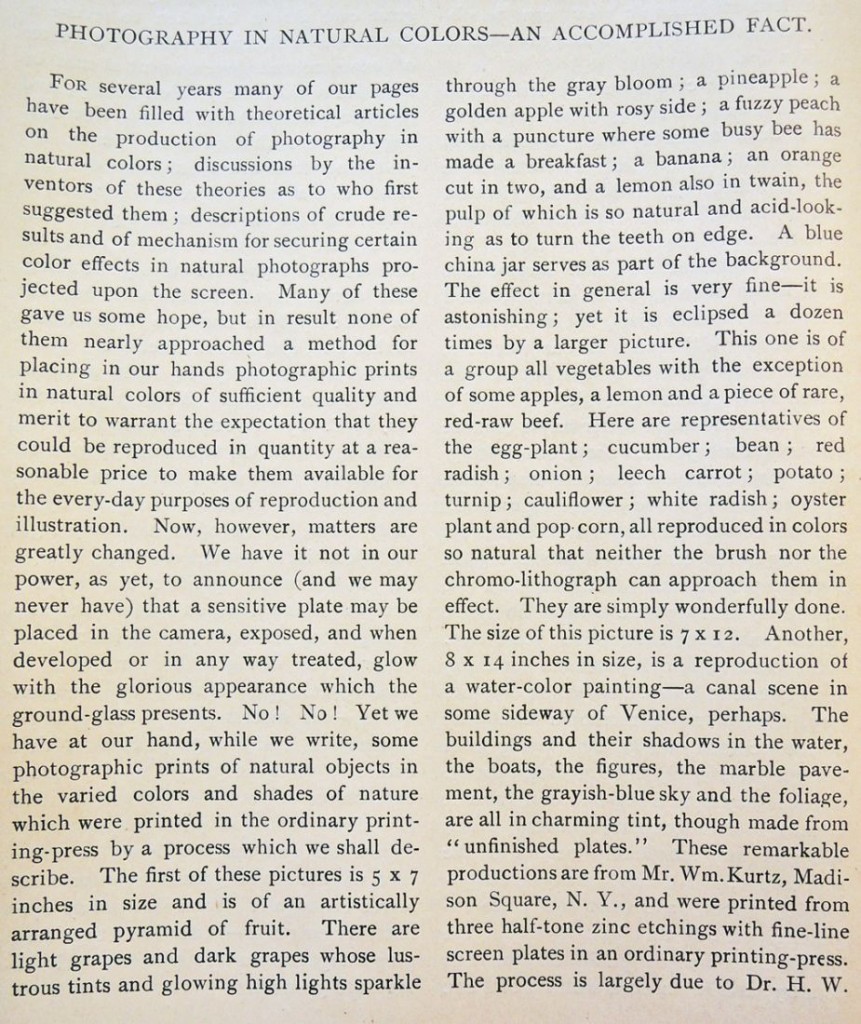 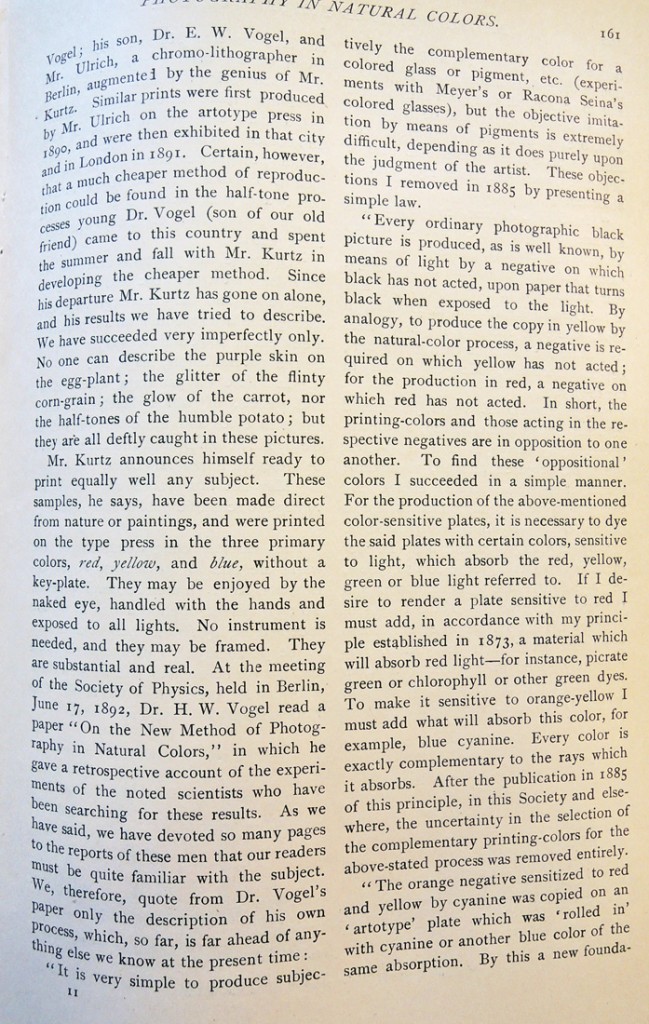 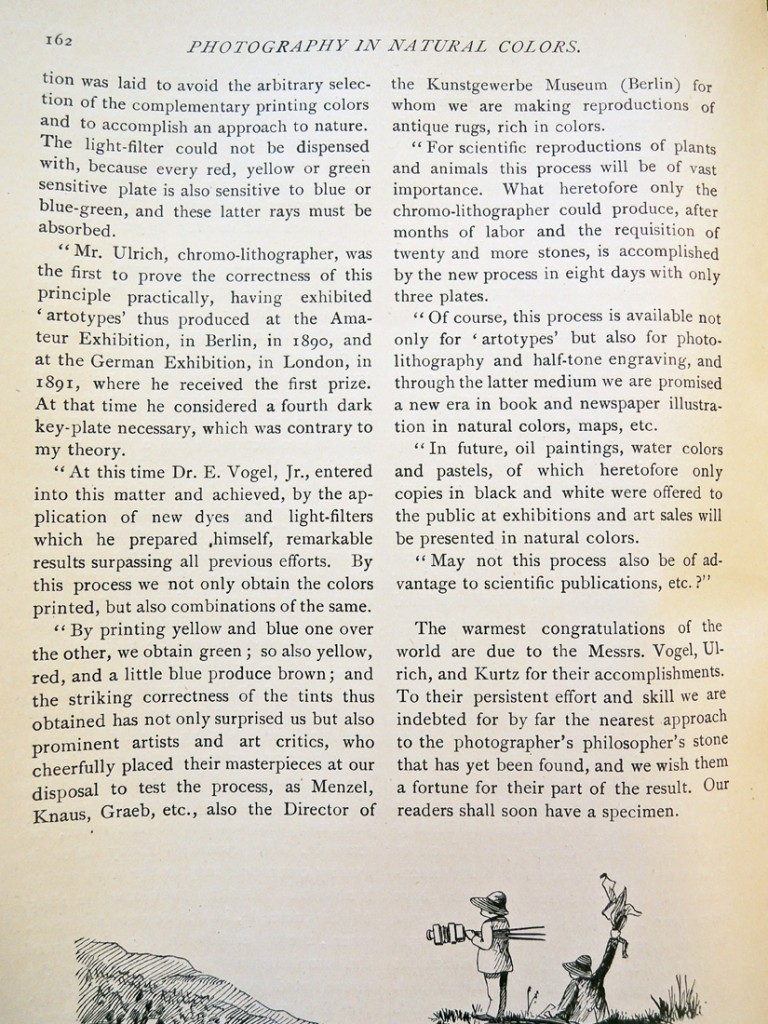 Note: Most of the digital sources of early colortype printing have been reproduced online without color and so, original paper sources must be used for research. See: The Philadelphia Photographer (Philadelphia, Pa.: Benerman & Wilson, 1864-1888). Continued by Wilson’s Photographic Magazine. Graphic Arts Collection (GAX) 2015-0580N and 2007 0008M.

An index to the photographs and early photoengravings published by Wilson is being completed and will be published here soon.