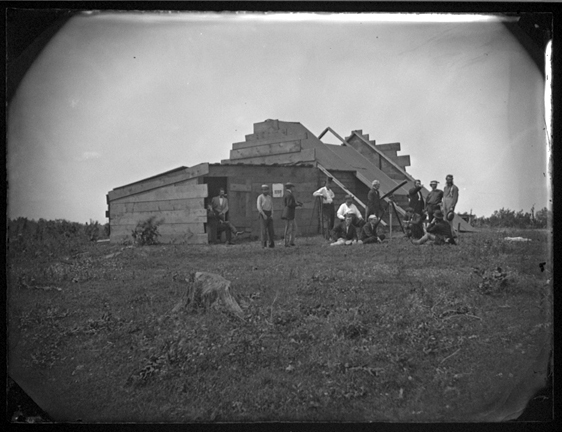 In June 1869, Edward L. Wilson, editor of The Philadelphia Photographer, was appointed a member of the Solar Eclipse Expedition under the leadership of Prof. Henry Jackson Morton (1836-1902). Throughout the summer, members of the exposition trained in Philadelphia and on August 2, drove to Iowa to observe and hopefully photograph a total eclipse. There were three observation sites in Iowa for the August 7 event. John C. Browne (1838-1918) was at the Ottumwa site and made an exposure of their camp [above].

According to the Reports of Observations of the Total Eclipse of the Sun, August 7 1860, “At Mount Pleasant, Iowa, 28 miles to the westward, on the Burlington and Missouri Railway, were stationed: Prof, James C. Watson, director of Ann Arbor Observatory, University of Michigan, for astronomical observations; Prof J. M, Van Vleck, of the Wesleyan University, Middletown, Conn., for spectroscopic observations; Prof. Henry Morton, Ph.D,, of the Franklin Institutes in Philadelphia, in charge of the photographic party, with Mr. Edward L. Wilson, of Philadelphia, as photographer.” 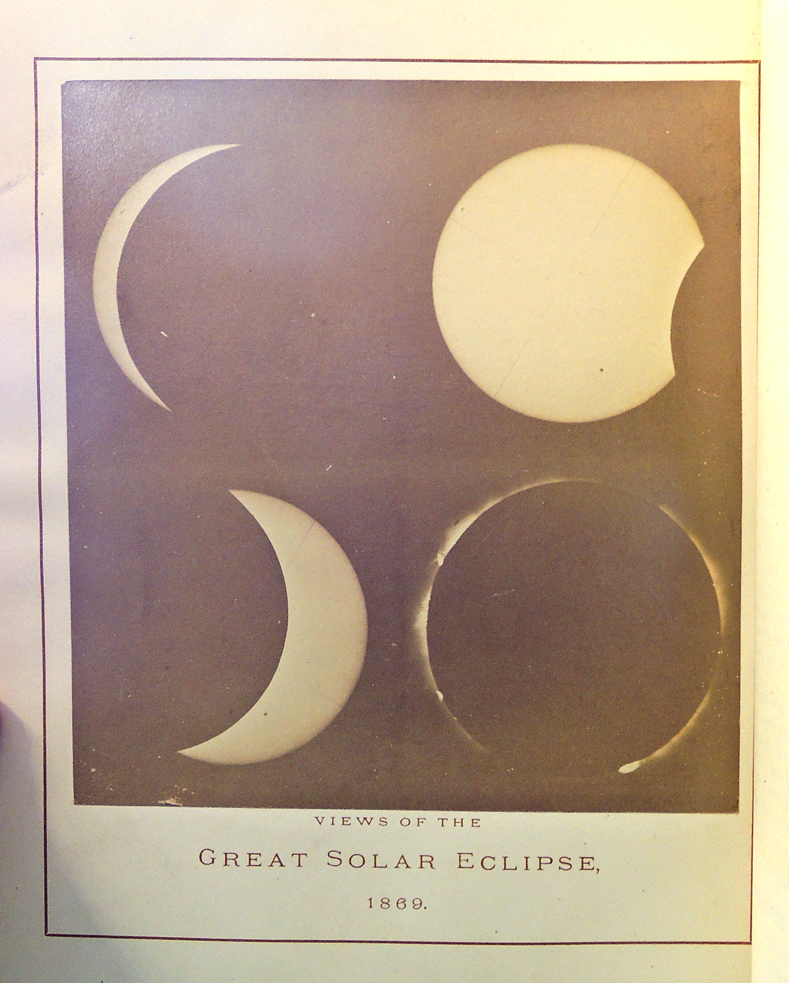 In the September issue of The Philadelphia Photographer, Wilson published a composite photograph taken from four negatives made in Iowa only two week earlier. With the albumen silver print, he wrote,

“The late Solar Eclipse was an event which was heralded and predicted many years ago, but during the past year has attracted very great attention. The special attention of photographers has been called to it, as a subject of great interest for the camera, and we are glad to know that good and interesting results followed. The idea of making photographs of the great sources of light himself, particularly when he was partially or totally deprived of his power, had a charm about it which many found it impossible to overcome. …

Our friend Dr. Vogel, whom it will be remembered, secured the best photographs of the 1868 eclipse, awakened a desire in us to emulate him, so we joined Prof. Morton in his plans and efforts to organize a party for the purpose. During the last Session of Congress, an appropriation of five thousand dollars was made for the expenses of photographing and observing the eclipse. This was placed in the hands of Prof. J. H. C. Coffin, head of the Nautical Almanac Office, W.S.N., who taking charge of the Astronomical department himself, authorized Prof. Henry Morton, Ph.D., to make up the photographic branch and take charge of the same. This Prof. Morton undertook. …

Early on Monday morning, August 2d, the entire party started form this city in a handsome new car, fresh from the shops of the Pennsylvania Central Railroad company, at Altoona, which, on the way out was shifted from one road to the other, until our destination was reached … With the University telescope, were Prof. Morton and ourselves, in charge of the instrument, and Messrs. H.M. Clifford. James Cremer and W.V. Ranger, as photographers. We were also joined by Mr. John Carbutt of Chicago as a volunteer, who gave us most efficient aid in our manipulations….

We were now told by the astronomers that the moon would soon reach the sun. Plates were prepared at once ready to get a picture of first contact. Prof. Watson was to signal us by lifting his hand at the moment. Our plate was in the camera and the slide drawn, while we watched for the signal. Up went the hand; click! went the stop and the first exposure was made, the plate showing on development the least contact, looking like the impression made upon an apple by the thumb when testing its ripeness. Negatives were then made at intervals of five to ten minutes until totality took place and after totality until the eclipse was ended and over.” 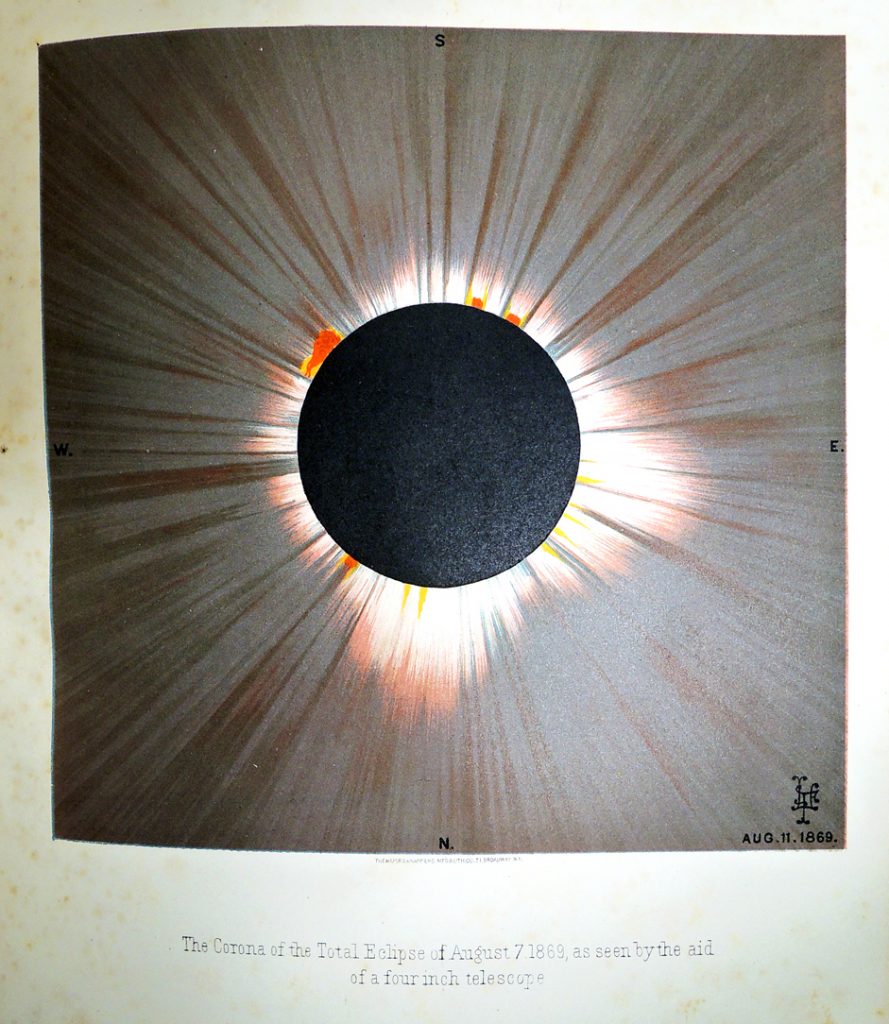