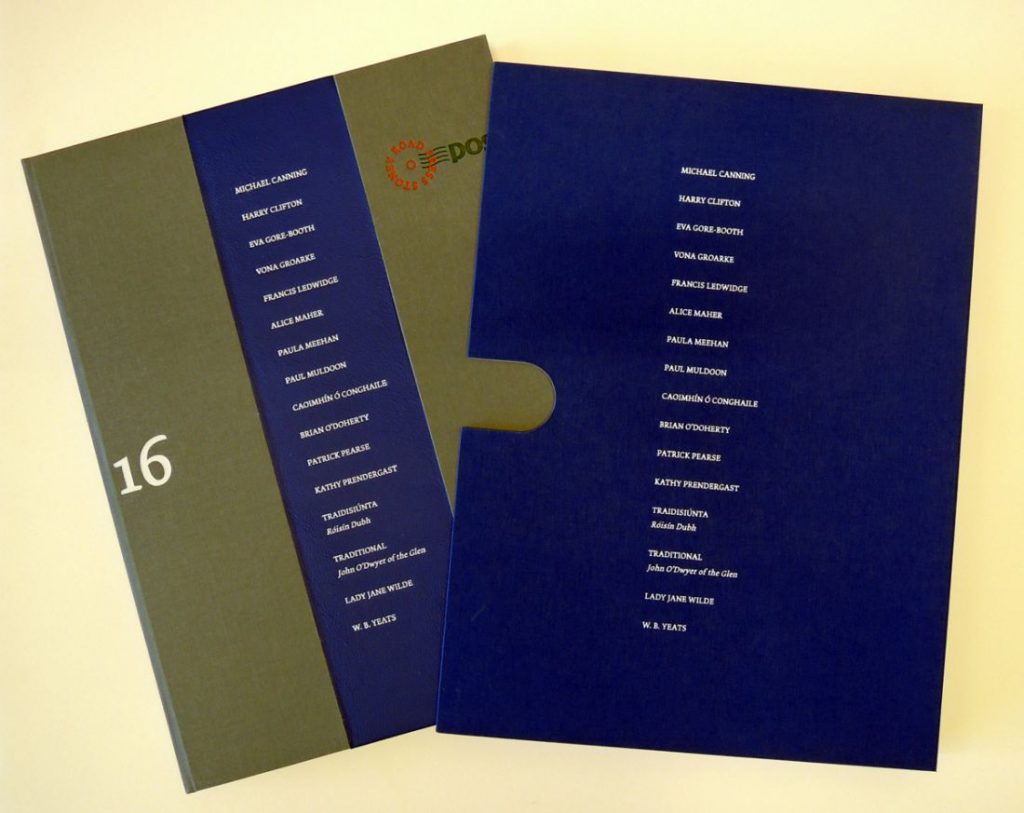 Several years in the making, the Graphic Arts Collection is fortunate to acquire copy 84/150 of the fine press, limited edition entitled 16, published at the centenary of Dublin’s 1916 Rising. 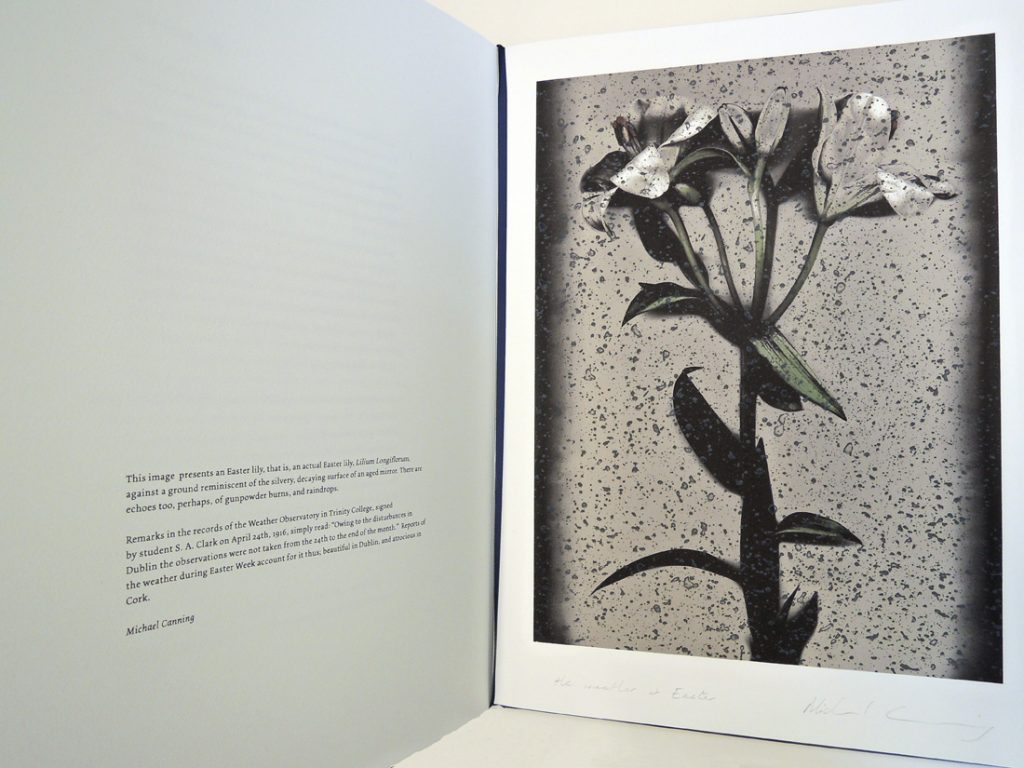 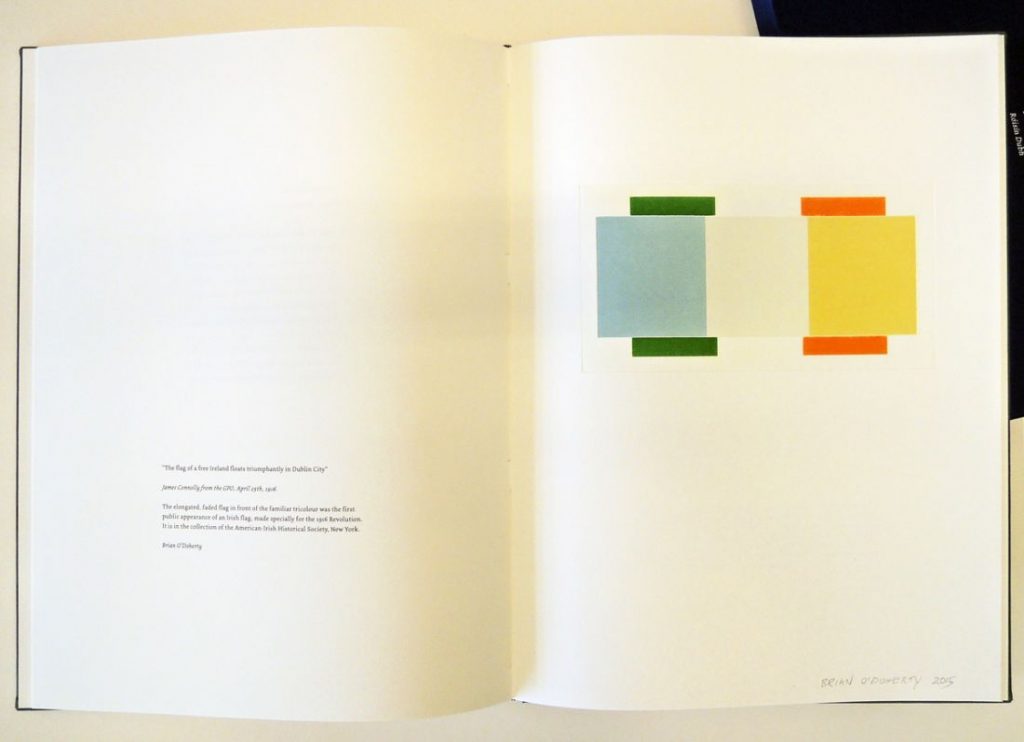 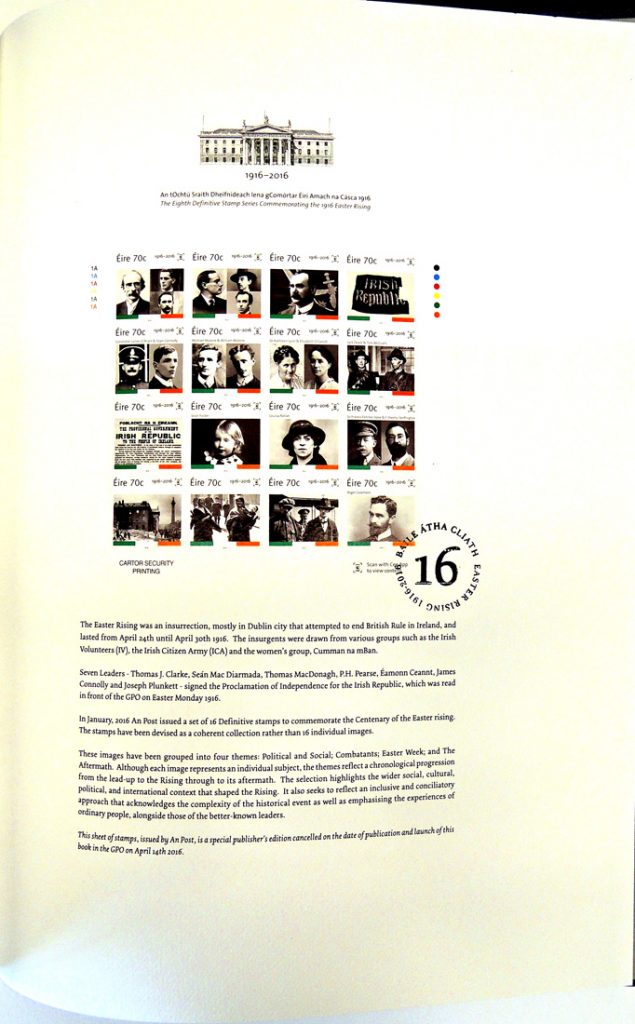 A special program on RTE radio with historian Declan Kiberd, Maureen Kennelly of Poetry Ireland, and publisher Kieran Owens was broadcast last March but it can still be hear at the above link.

Paul Muldoon, Princeton University’s Howard G.B. Clark ’21 Professor in the Humanities; Director, Princeton Atelier; and Professor of Creative Writing reads his own poem in Irish and Kennelly reads her translation in English. 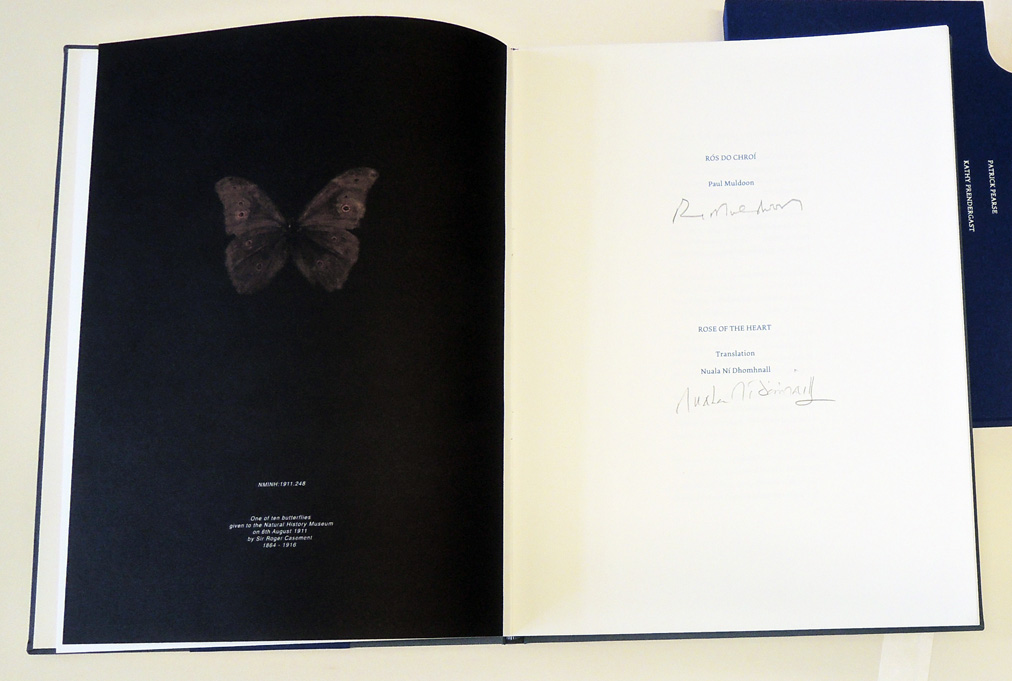 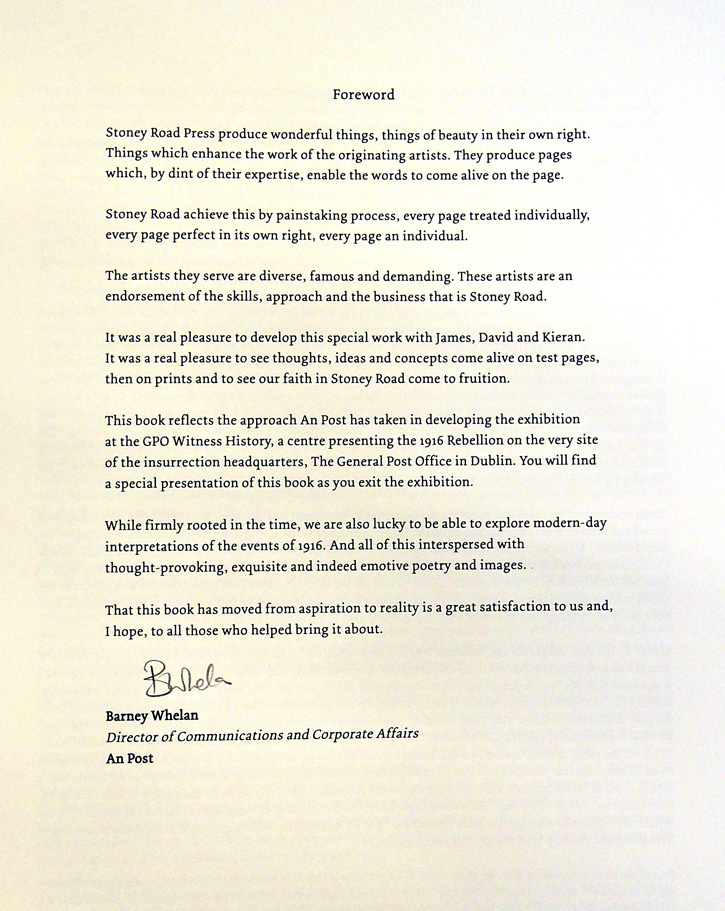 I have met them at close of day
Coming with vivid faces
From counter or desk among grey
Eighteenth-century houses.
I have passed with a nod of the head
Or polite meaningless words,
Or have lingered awhile and said
Polite meaningless words,
And thought before I had done
Of a mocking tale or a gibe
To please a companion
Around the fire at the club,
Being certain that they and I
But lived where motley is worn:
All changed, changed utterly:
A terrible beauty is born.