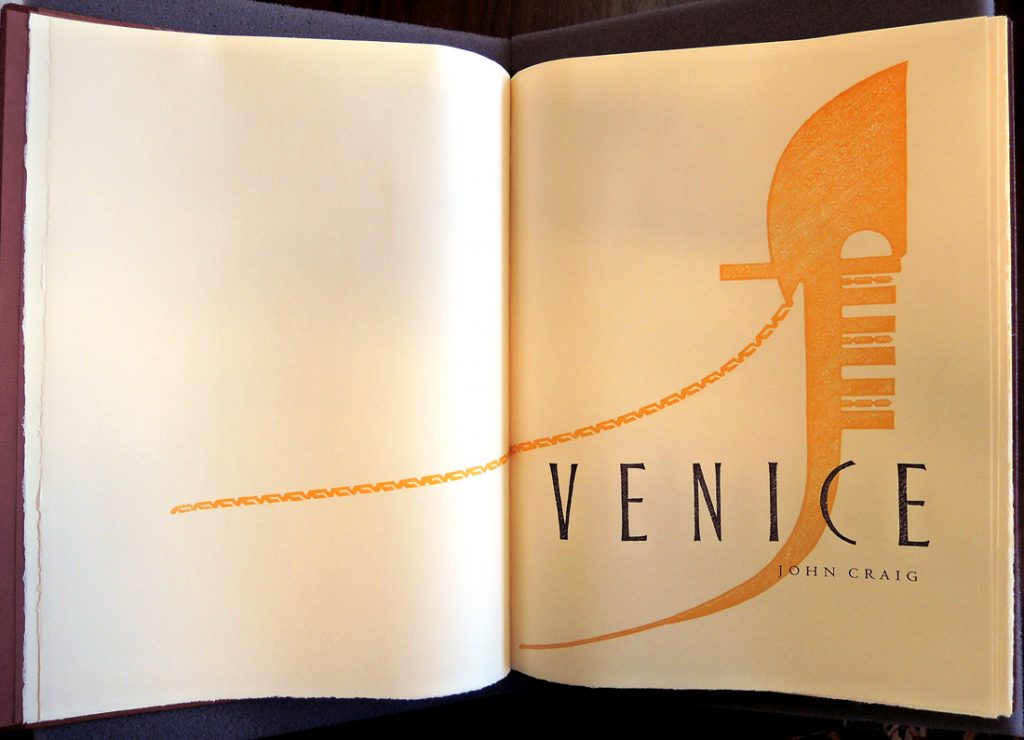 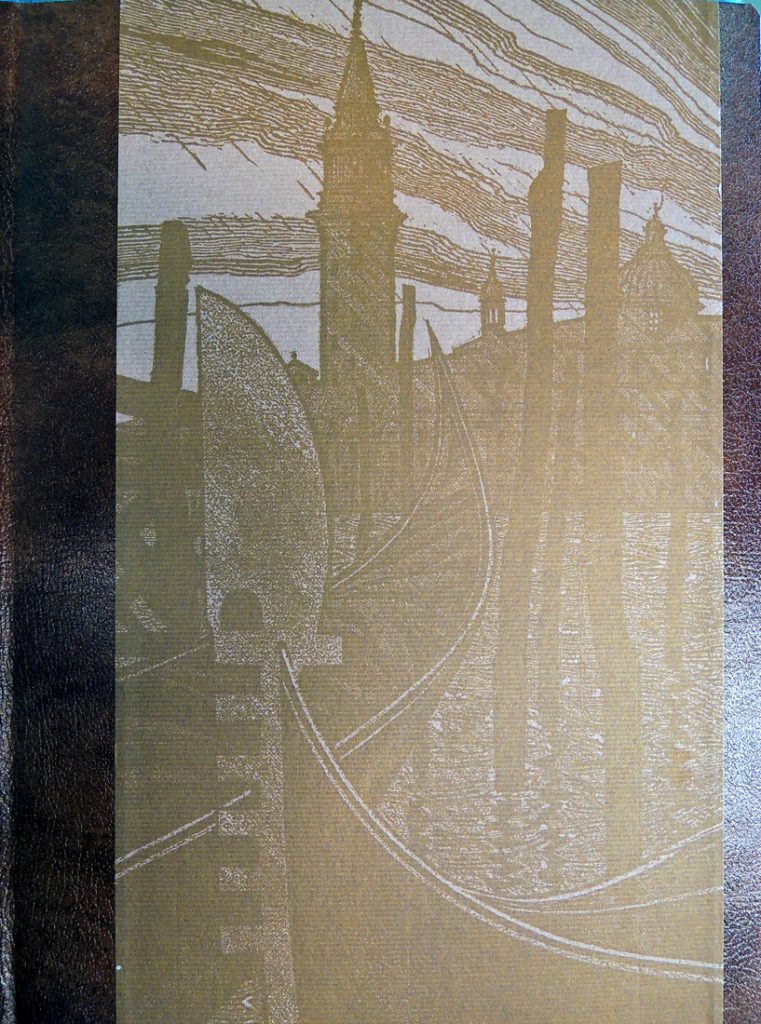 Fine press book collectors around the world have been waiting many months for the new volume being produced at Whittington Press. This week, online comments have been springing up throughout social media sites as individuals finally received and opened their mail containing Venice.

John Randle notes, “The 80 wood-engravings, and some linocuts, some with colour, have made the book a printer’s challenge. John Craig’s use of white space has, as with Britten’s Aldeburgh (2000) and The Locks of the Oxford Canal (1985), been critical, and the asymmetric imposition of type and images is based upon his precise layouts. The resulting double-page spreads can be seen almost as a series of stage sets, introducing us to the often undiscovered delights of a city which he has visited regularly for the past twenty years.

The French-fold binding style is a new departure for us. The pages are left folded at the top edge, enabling us to use a lightweight Zerkall mould-made paper, specially hot-pressed to give an extra sheen for the engravings, and allowing us to print throughout on the smooth side of the paper only.” 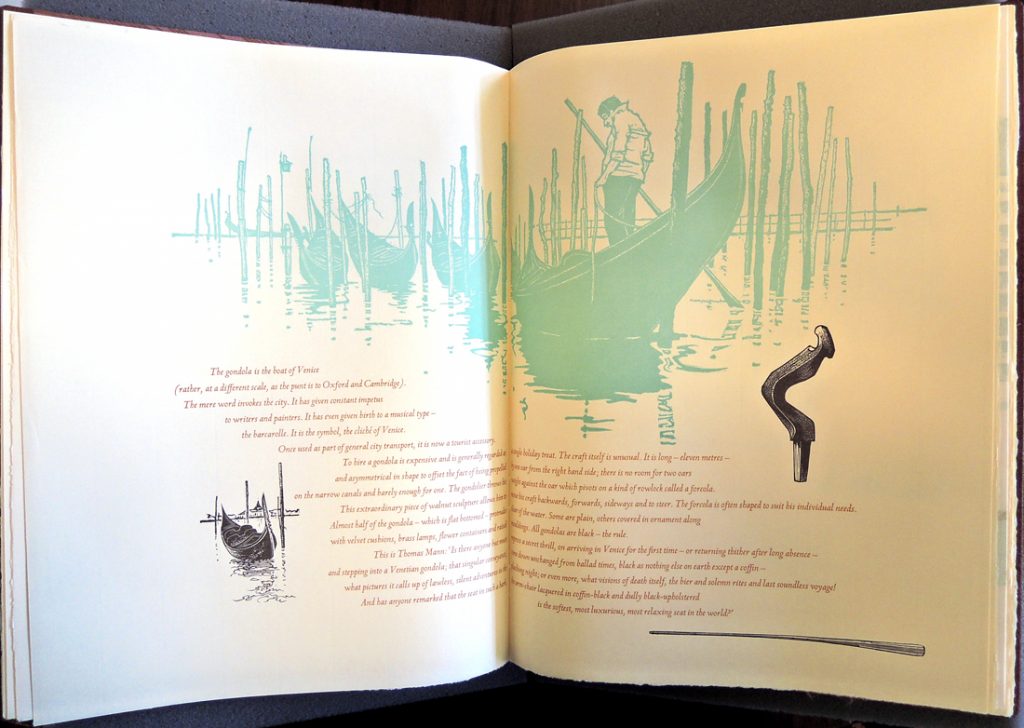 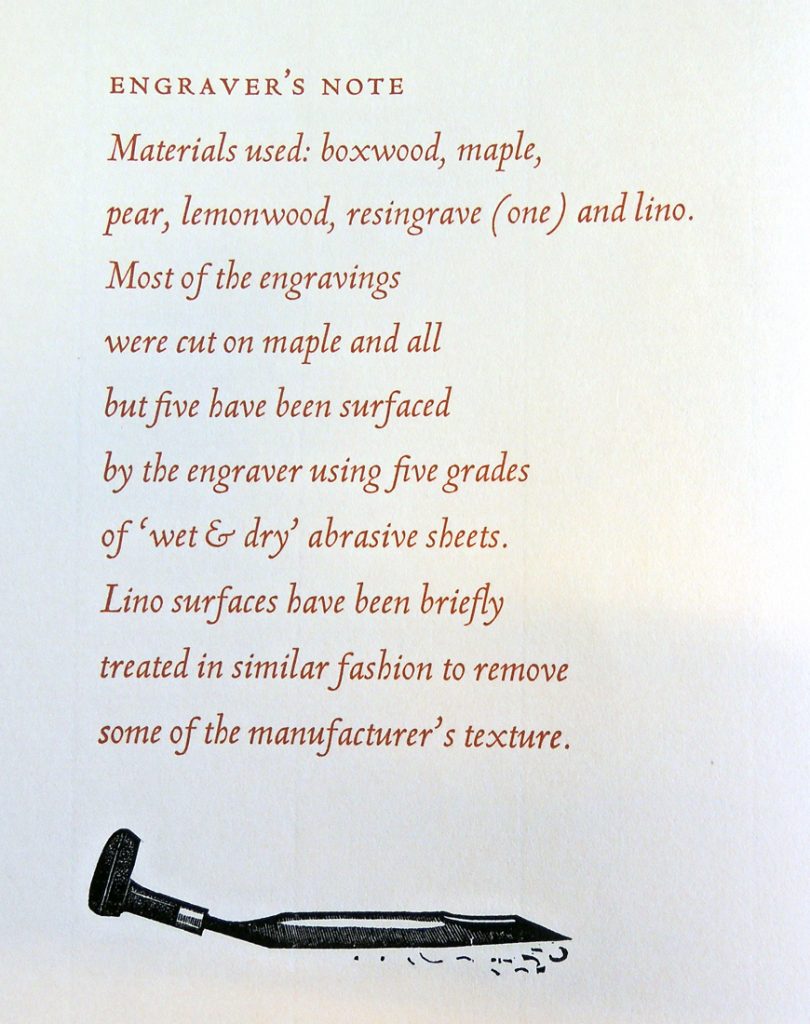 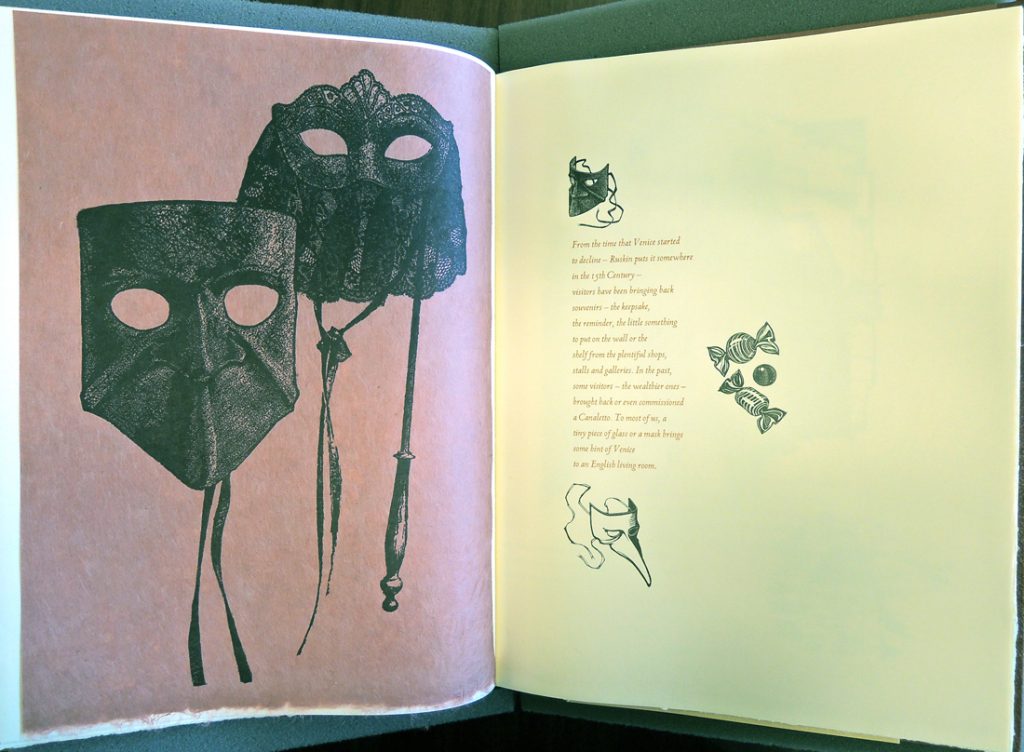 The book begins: “This collection of engraved illustrations is by, and for, a Venice amateur. I offer an apology; so much has been produced on the subject that one is wary of taking up yet more space on the shelf . . . and yet . . . there is some impulse that drives people to express, explain, pin down something that no other city possesses. With this in mind – (as Robert Graves puts it) ‘one still stands ready, with a boy’s presumption,/ To court the queen in her high silk pavilion’.

There is (or was) in Venice a bookshop as big as a small house that sells only ‘Venice’ books in which all the history, architecture, paintings, sculpture and topography are most expertly covered by the best authors—living and dead—the competition is enormous. For this reason I have chosen to ignore the better known set pieces and illustrated as an innocent holiday maker wandering—open mouthed—without plan or guide through the small and less known parts of the city.” 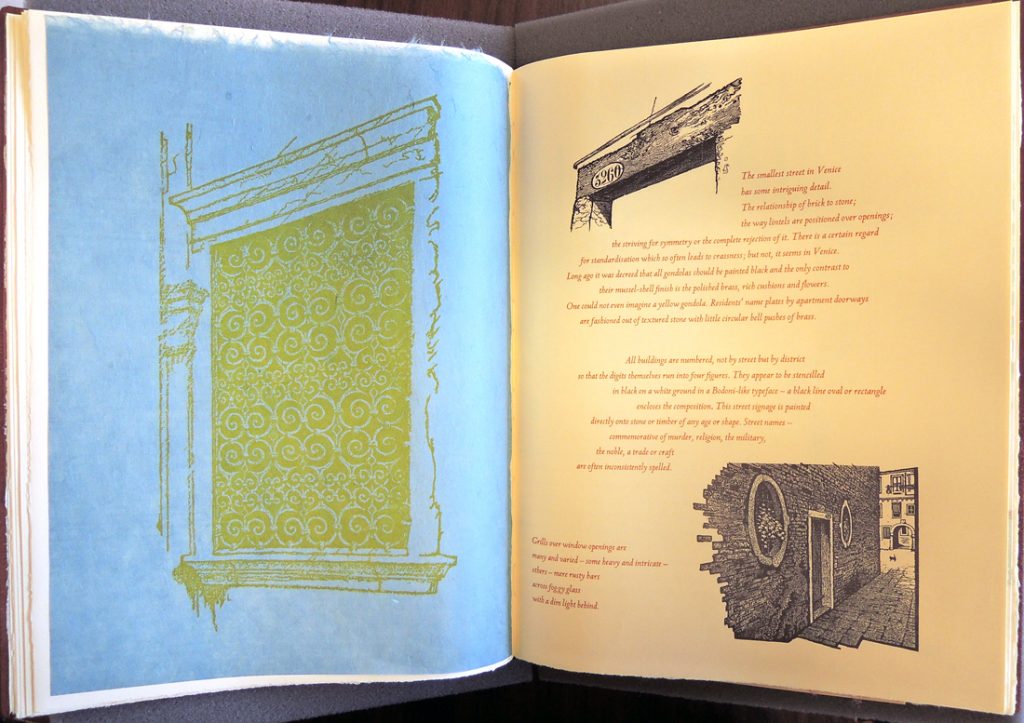