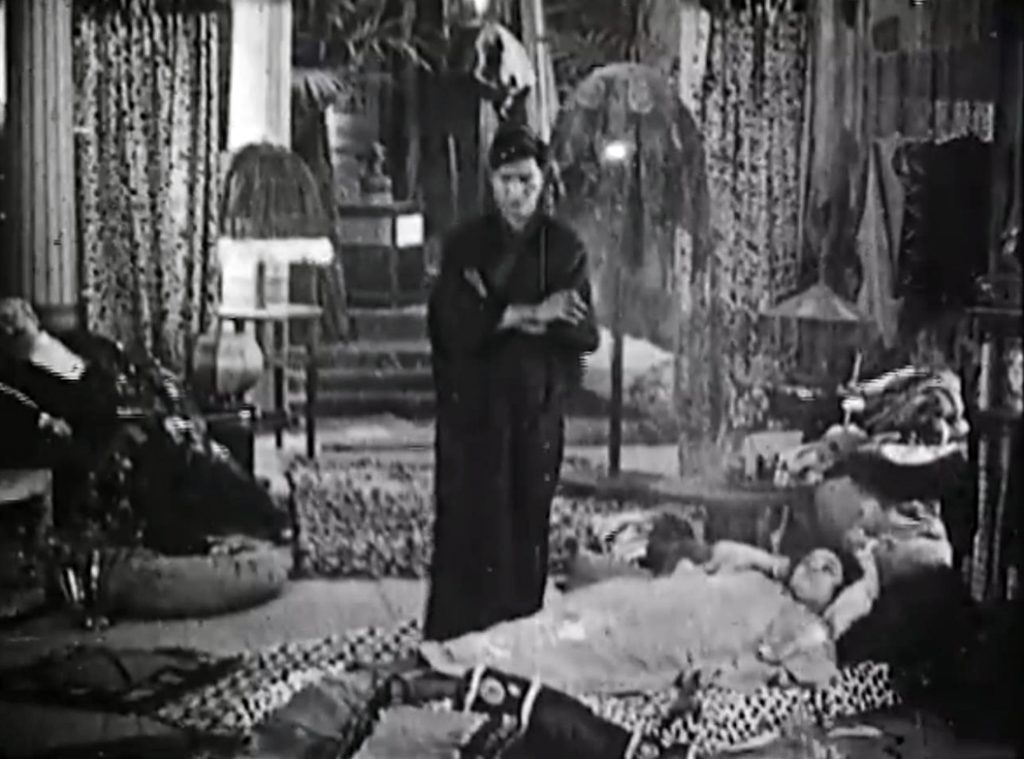 On September 3, 1920, Les Cinq gentlemen maudits (The Five Gentlemen Cursed) was released by Pathé films in Paris. Acted and directed by Luitz-Morat and Pierre Regnier, based on a story by André Reuze, the drama opens with Yves Le Guérantec visiting an opium den on the French Riviera.

Chance meetings occur along the way as he sails first to Marseilles and then to Tunis. During a walk through the bazaar one day, one of his friends pulls the veil off a young woman’s face and in retaliation, her (?) father casts a spell on them. Gambling, drugs, murder, extortion and suicide are all part of the plot. 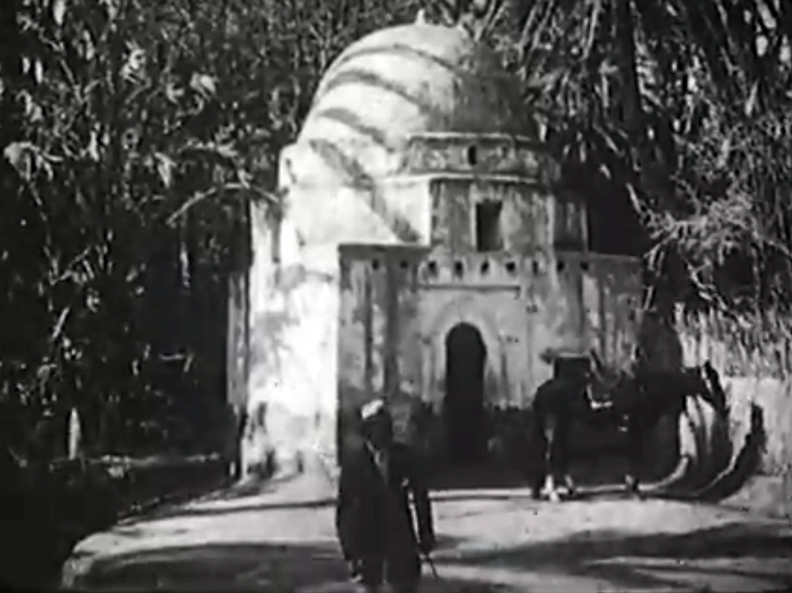 Distributed by Pathé as a ten reel home movie, you can now view the film in its entirety here: http://rbsc.princeton.edu/pathebaby/node/2814. There are nearly 800 other French silent movies available at this site. 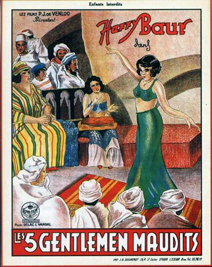 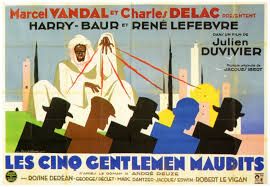