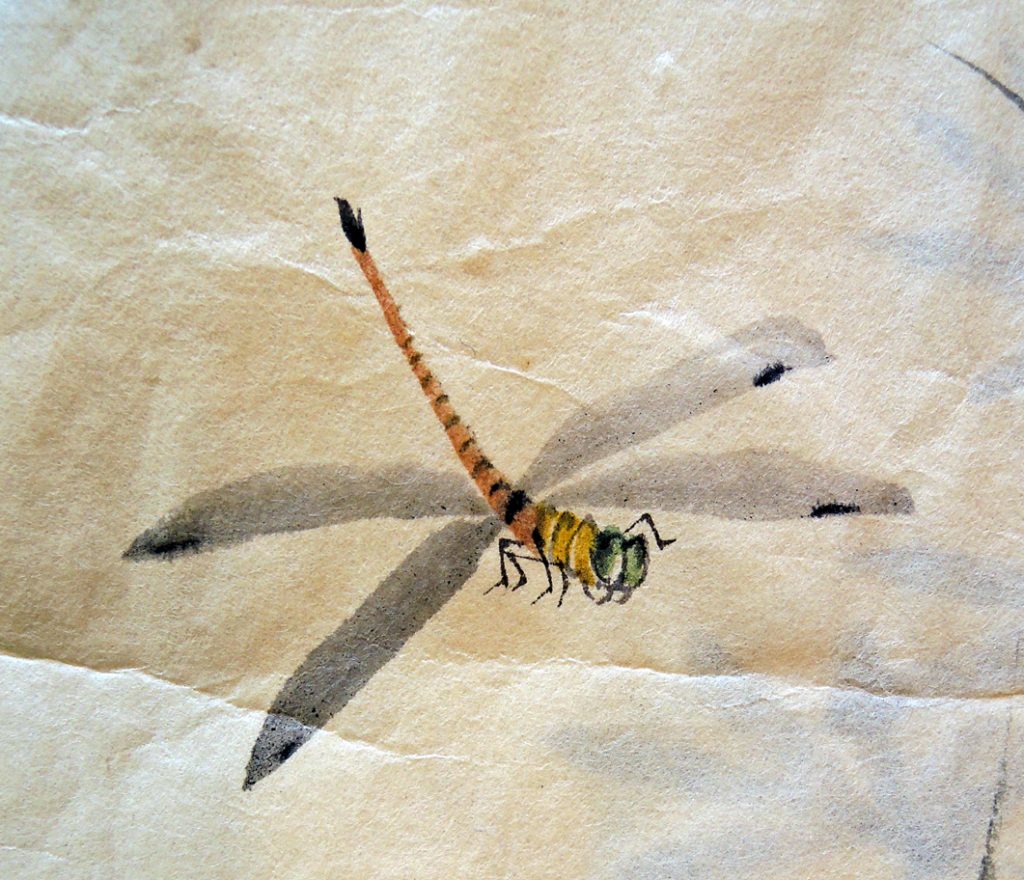 Professor Hare has offered a bit more information on Shin Moyô Hînagata, which was posted a few days ago: https://graphicarts.princeton.edu/2016/07/30/shin-moyo-hinagata/. He agreed to let me pass it on:

The charming little book you and Graphic Arts have discovered is a pattern book of sorts. The title means something like New Patterns in Miniature, and the writing seems, at least in some cases, to number individual drawings (the numbers 8 and 9 are clear to read on the second full spread, the one of, I think, magnolias and some kind of little red flower.) I can’t make out the second graph on these pages very well, although it could possibly be two graphs combined, the second of which might be the -ta from [Hina]-gata. That word, in the title, btw, could also be read Hiinagata (or Hînagata, with a macron rather than the circumflex I’ve typed in ignorance of how to type a macron in email) I think that would be better that way, purely for euphony (5/5 rather than 5/4 syllables).

The little words with repeat marks next to the little brown bird on the second (single) page read “chû, chû, chû, etc.” and are onomatopoeia for the bird’s chirping.

. . .  I particularly like the one with the brown bird, because in ancient Japanese texts, incomprehensible speech (such as that of peasants from the point of view of the lofty Genji) is said to sound like the chirping of birds. This is a purely random association, but it does gesture toward our many languages, and toward the old Japanese conceit that all sentient creatures are endowed with the capacity to produce poetry. 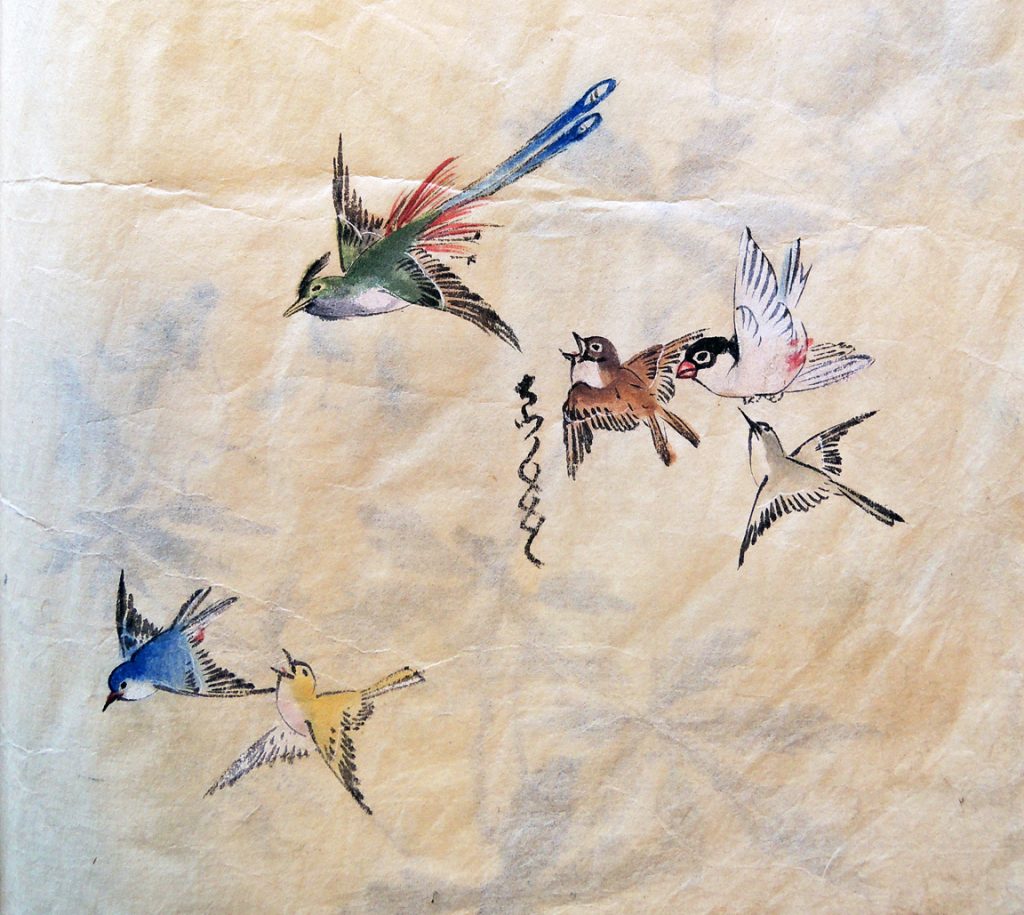