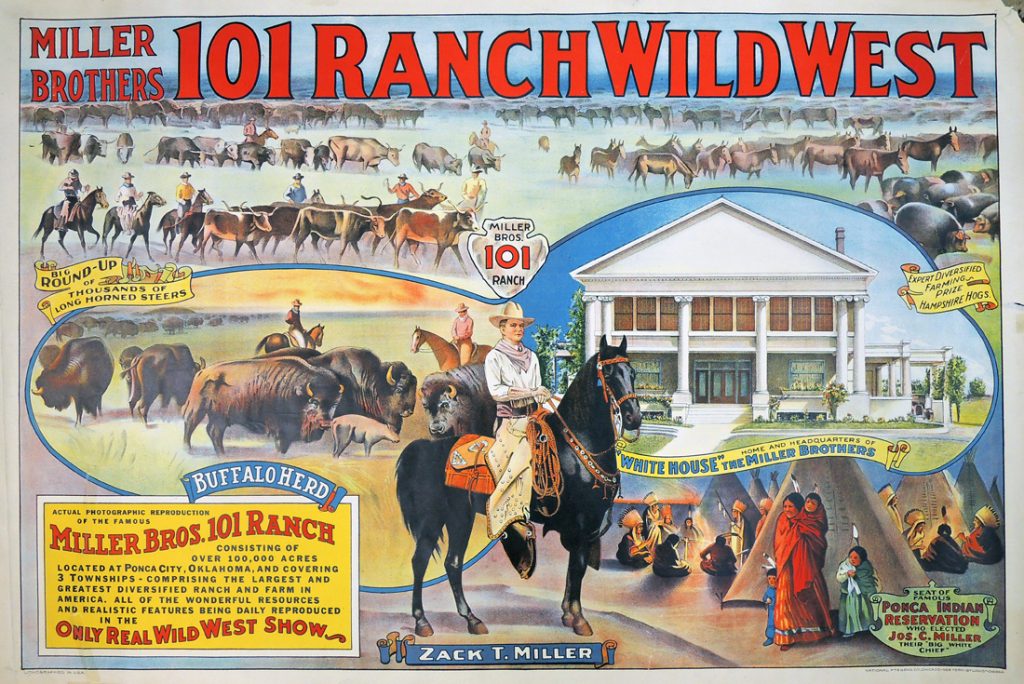 A number of items have been rescued as we are packing for the move. The chromolithographed poster seen above was found in the back of a drawer and had to be conserved and repaired. It will soon be catalogued and available for research. 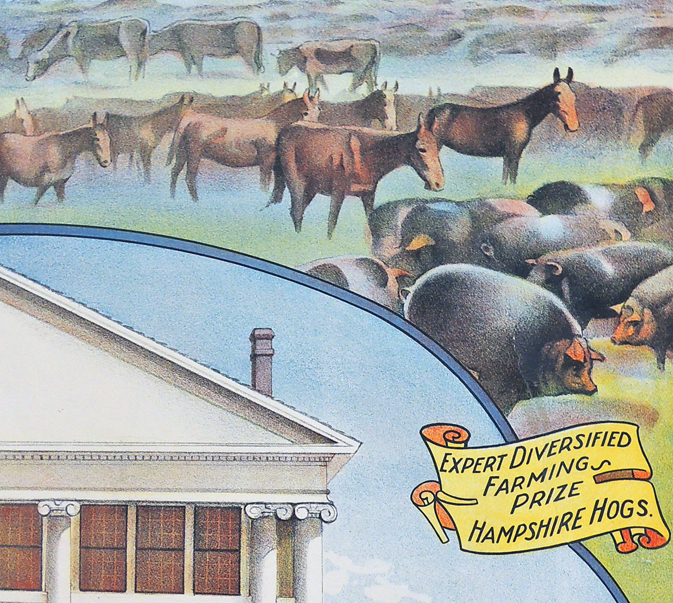 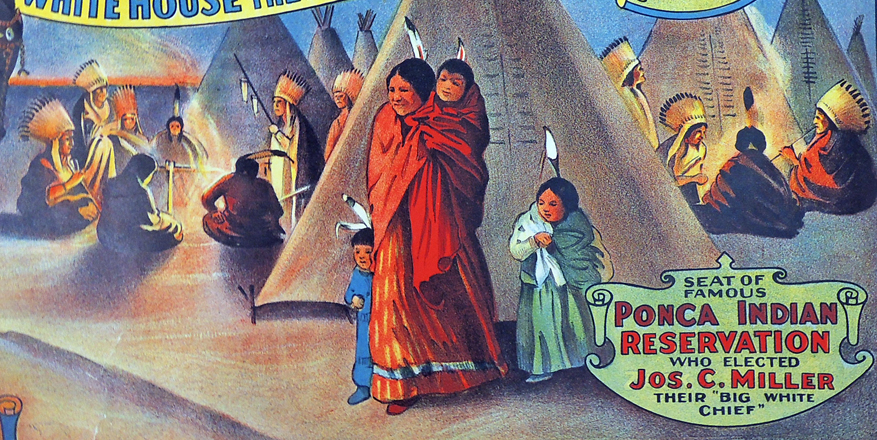 I recommend this film about the rise and fall of Oklahoma’s 101 Ranch, posted by the Oklahoma Historical Society for the WKY KTVY KFOR Archives (published on Nov 25, 2013).

“The historical overview begins from the conception of the 101 in 1879 by George W. Miller and then traces the development and successes of the ranch by Miller’s three sons: George Miller, Jr., Joe Miller, and Zack Miller. As the Miller brothers found success in agricultural endeavors, they established the 101’s headquarters, the White House, in Ponca City, OK. There they established a self-efficient community with its own roads, bridges, power plant, meat-packing industry, telephone company, their own form of money (the Bronc), etc.

Footage covers the 101’s Apple Blossom Day events, the 1905 Convention of the National Editorial Association, The Wild West Show established in 1913, and Cherokee Strip Cowpunchers Association footage from the 1920s, and The Terapin Roundup and Derby which started in 1924. The relationship between the Ponca Indians and the Miller brothers, as well as the contributions the Ponca Tribe made to the 101 shows is discussed at length. Footage from the film Recreation of 1889 includes the original cast.

The memorial sites of Bill Pickett, one of the “greatest”, African American rodeo performers of all time and Chief White Eagle of the Ponca Indian Tribe are featured. Final footage covers Colonel Joe Miller’s traditional Ponca Memorial Service, George Miller’s funeral service, and the ruins of the White House and 101 Ranch.”