Nearly 200,000 visitors attended New York Comic Con (NYCC) at the Jacob Javits Convention Center this week. The final numbers are not in but that’s roughly double the number of attendees of last year’s Super Bowl. All tickets for all week sold out last summer. 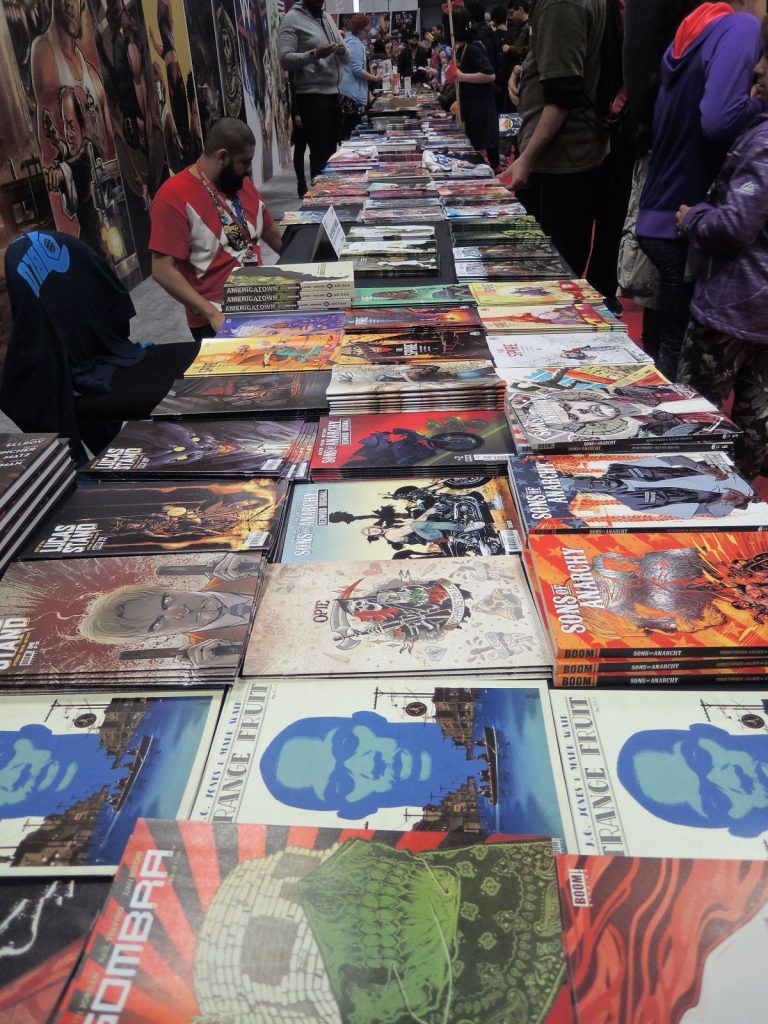 471 artists participated in NYCC’s annex known as Artist Alley. A separate annex offered opportunities for Photo Ops with celebrities, but the entire schedule was sold out. 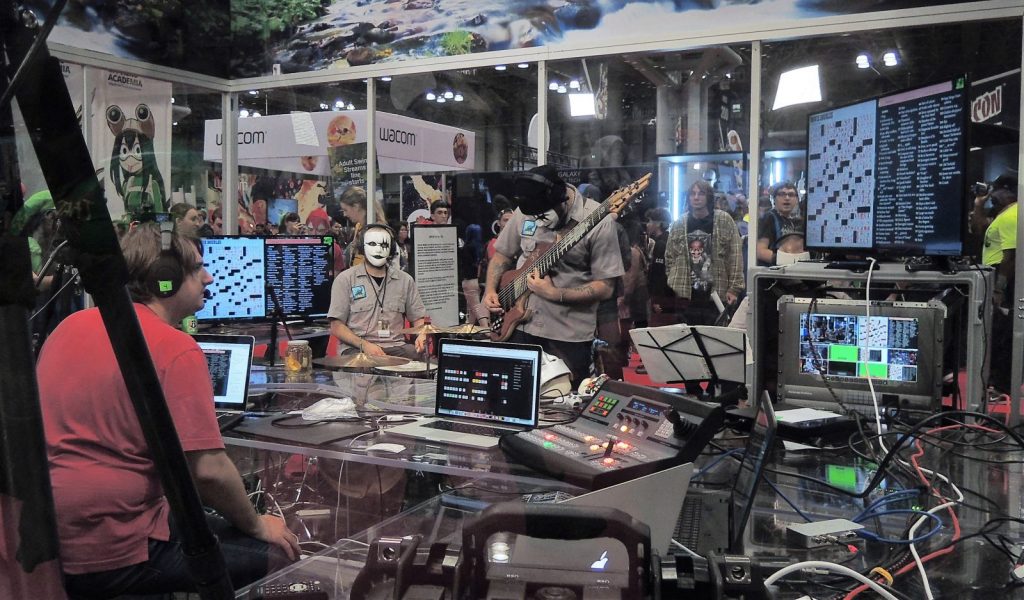 A masked trio played at the Adult Swim booth, while crossword puzzles were completed on a public monitor. Visitors crawled in through a tunnel under the desk. 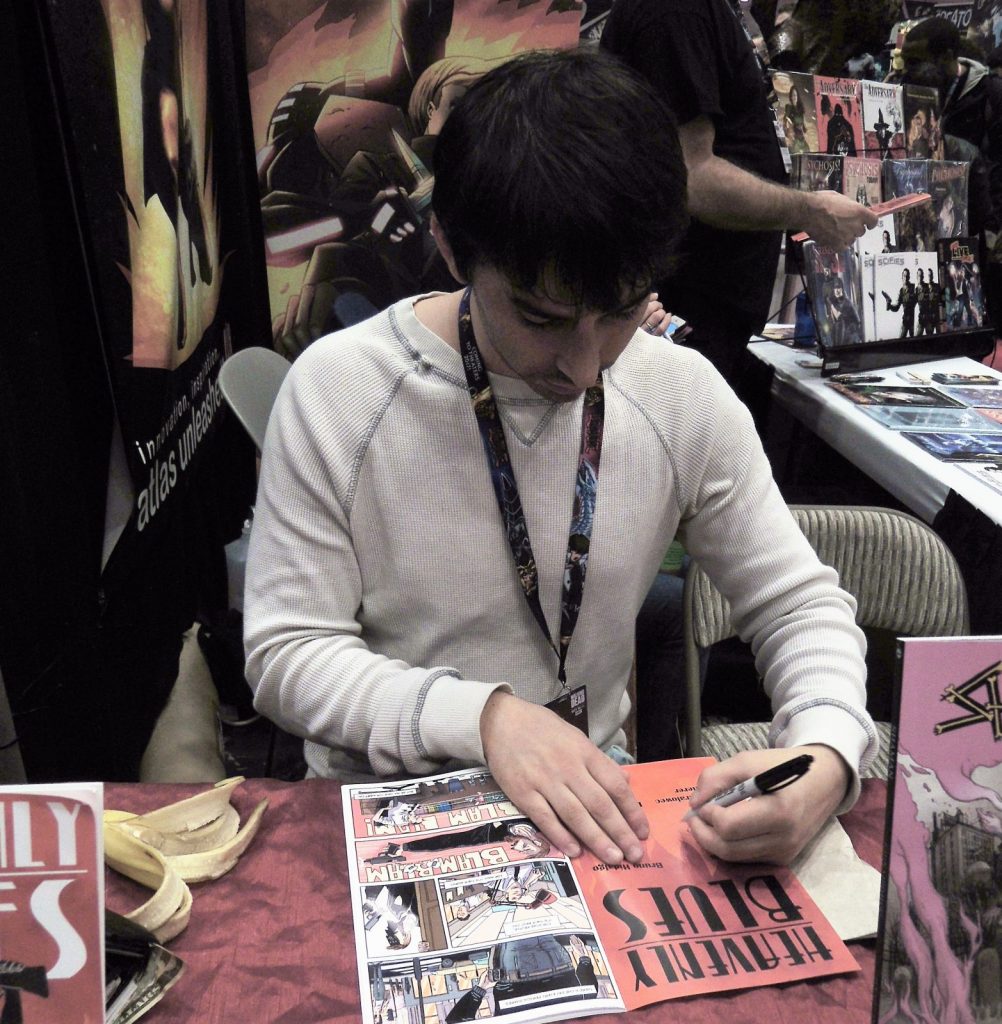 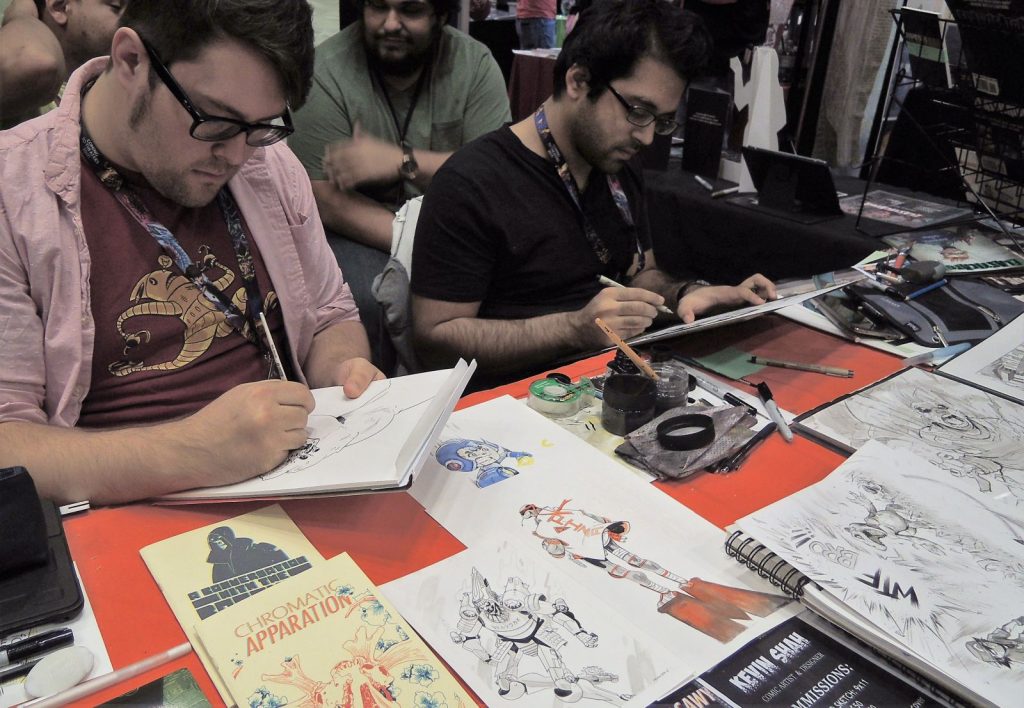 Before you can attend NYCC, each visitor is given a list of rules they must follow. Rule 5 is “Naked is not a costume. Please wear appropriate (or at least enough) clothing while attending NYCC.”

There were, of course, plenty of cosplay outfits: 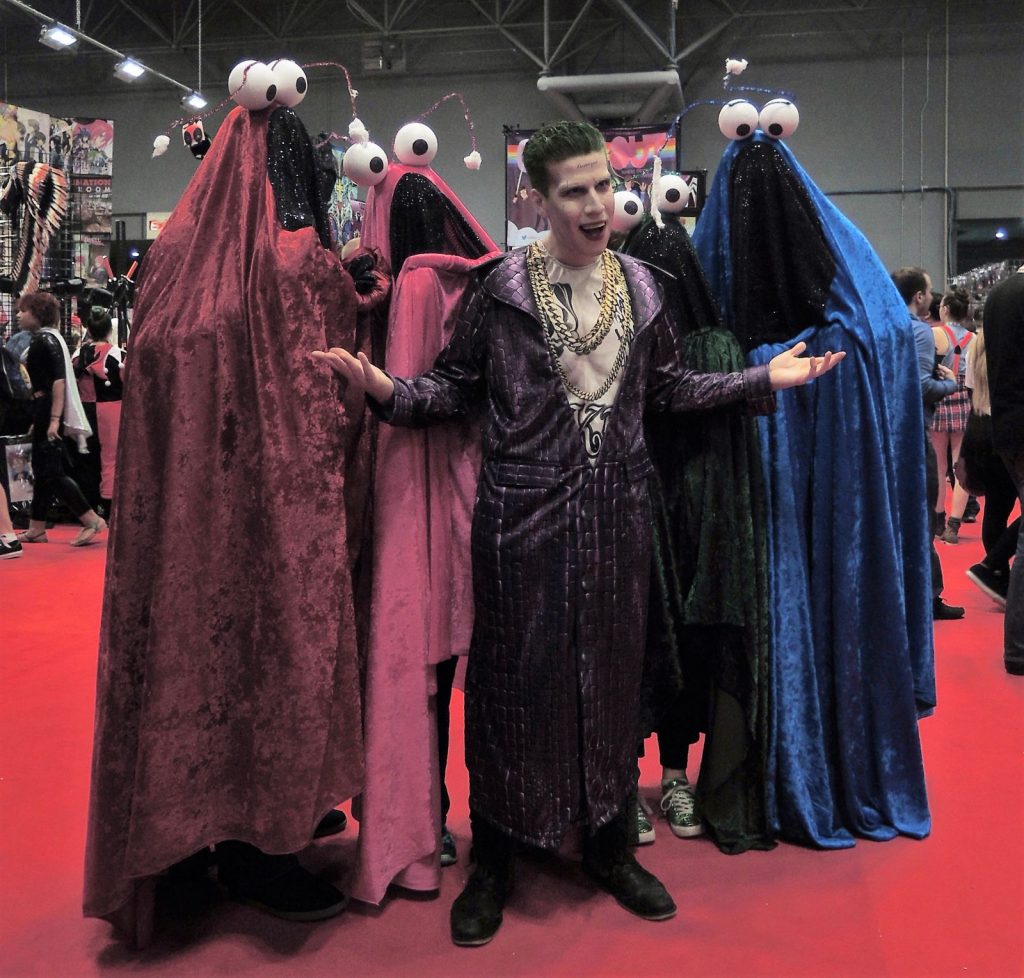 Samples went quickly and the entire run of Kill Shakespeare (the book) was gone before we could buy one. 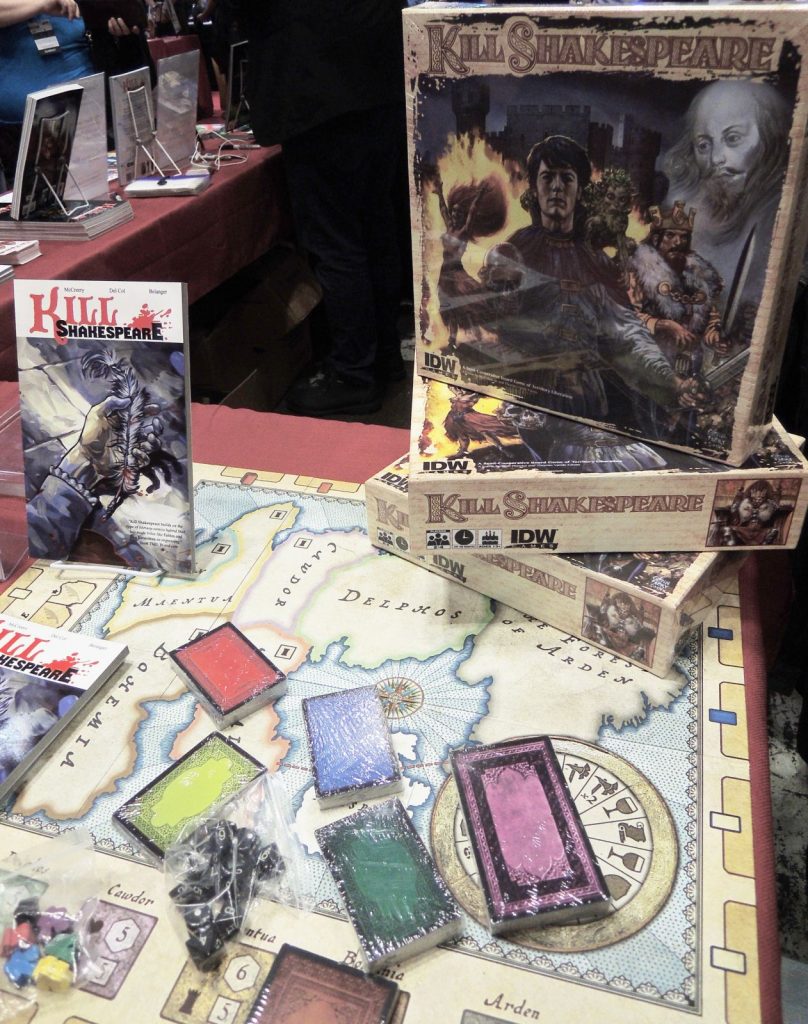 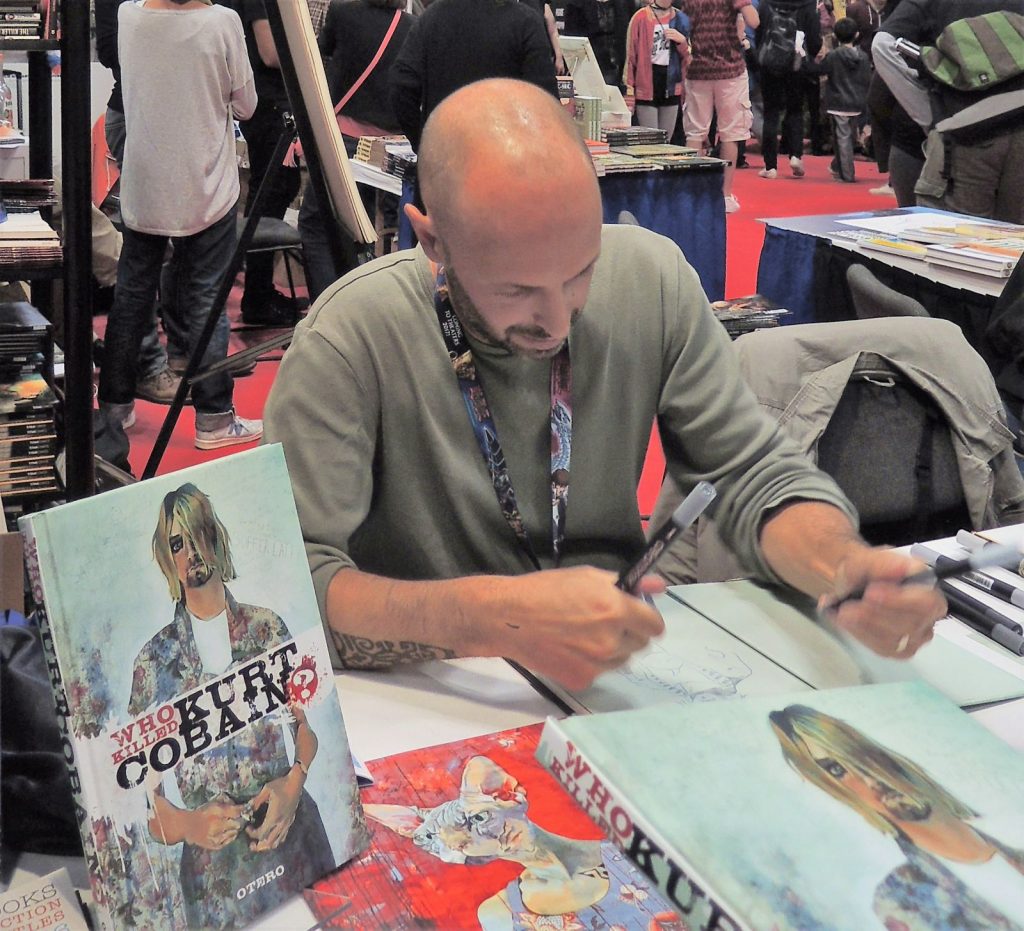 The French Comics Framed festival offered an exhibition at The Cooper Union, rotating artists in the Artists Annex, and here, Nicolas Otero talked to the public. His graphic biography Le Roman de Boddah is being released in the United States as Who Killed Kurt Cobain? this month.

Nearby, the National Cartoonist Society booth was filled with different artists each day. 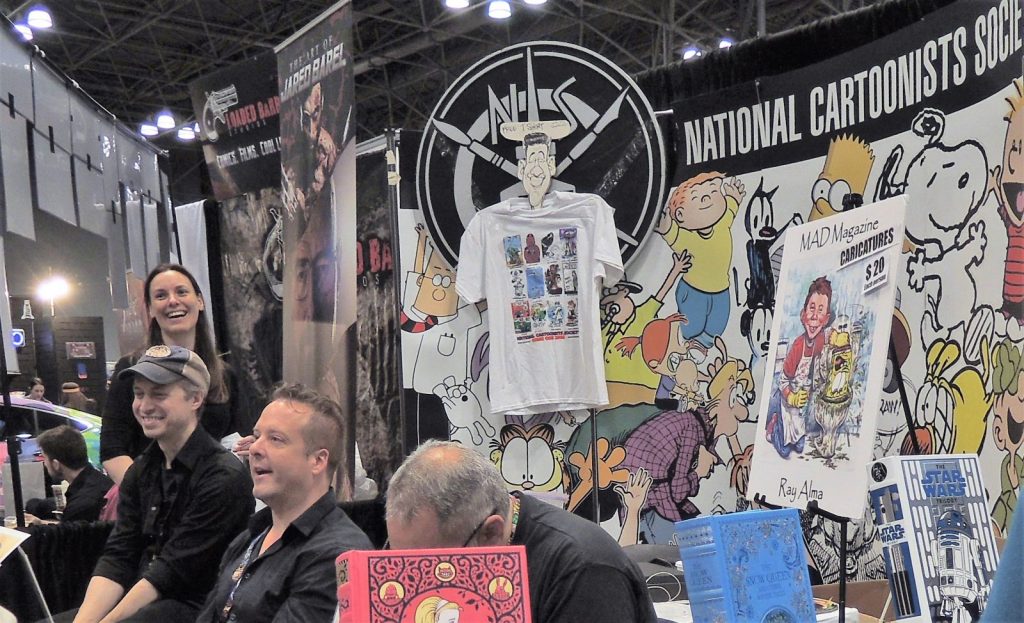 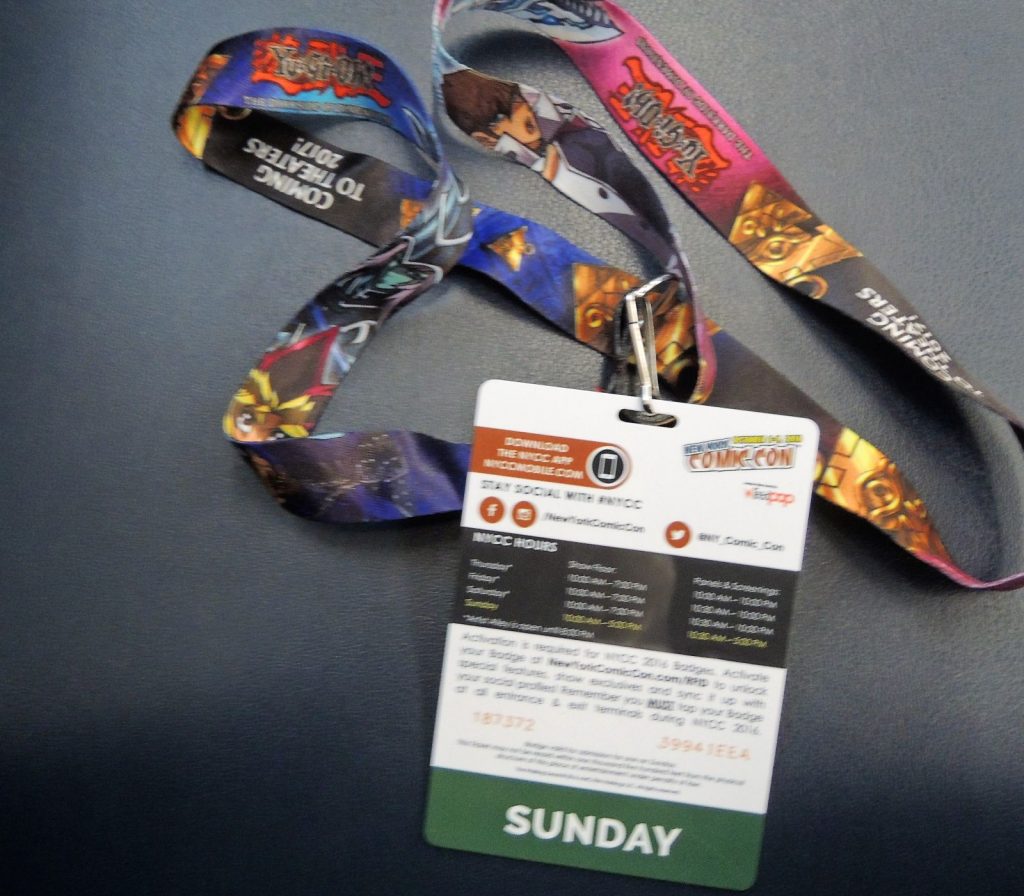 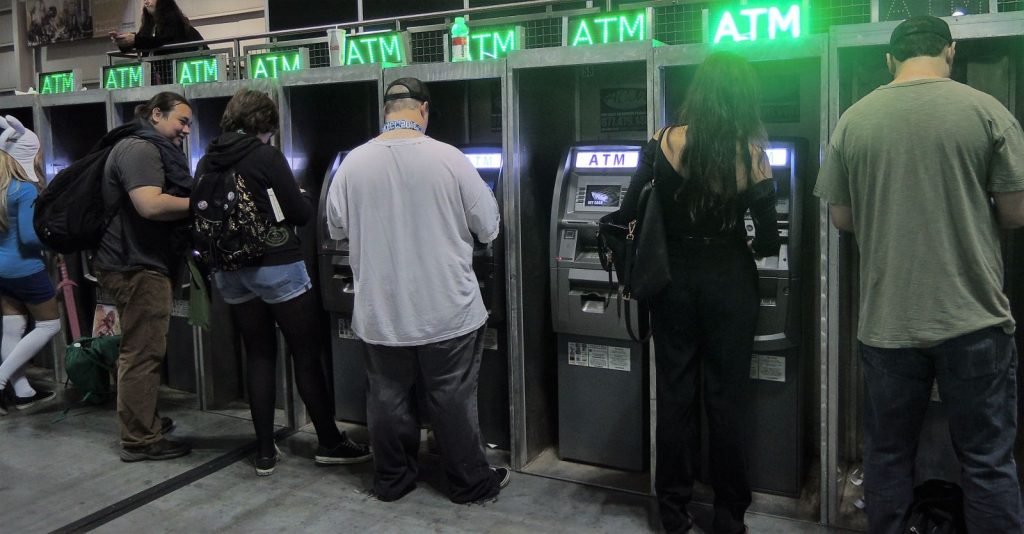