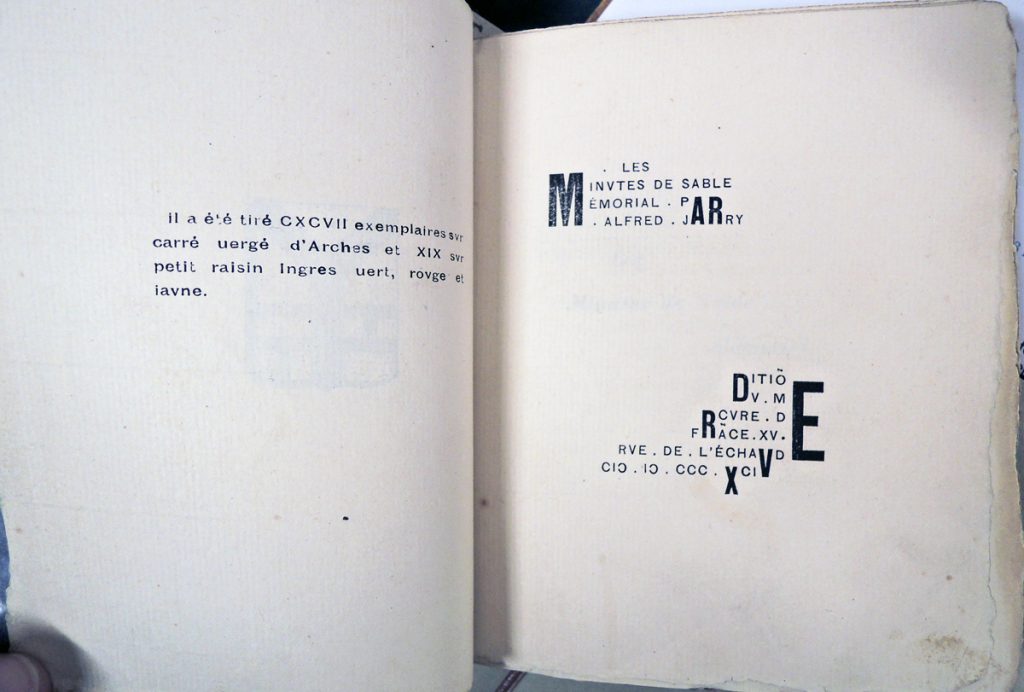 Alfred Jarry published his first book of prints and poems, Les minutes de sable mémorial in September 1894 at the age of twenty-one. He paid the cost himself working with the printers at Mercure de France where many Symbolists were publishing.

The design of the volume, repeated the following year in his second book César antichrist, includes astonishingly modern typography, which predates that of Un Coup de Dés Jamais N’Abolira Le Hasard (A Throw of the Dice will Never Abolish Chance) by Stéphane Mallarmé in 1897. Jarry’s book should be considered an early artists’ book although it never appears in such studies 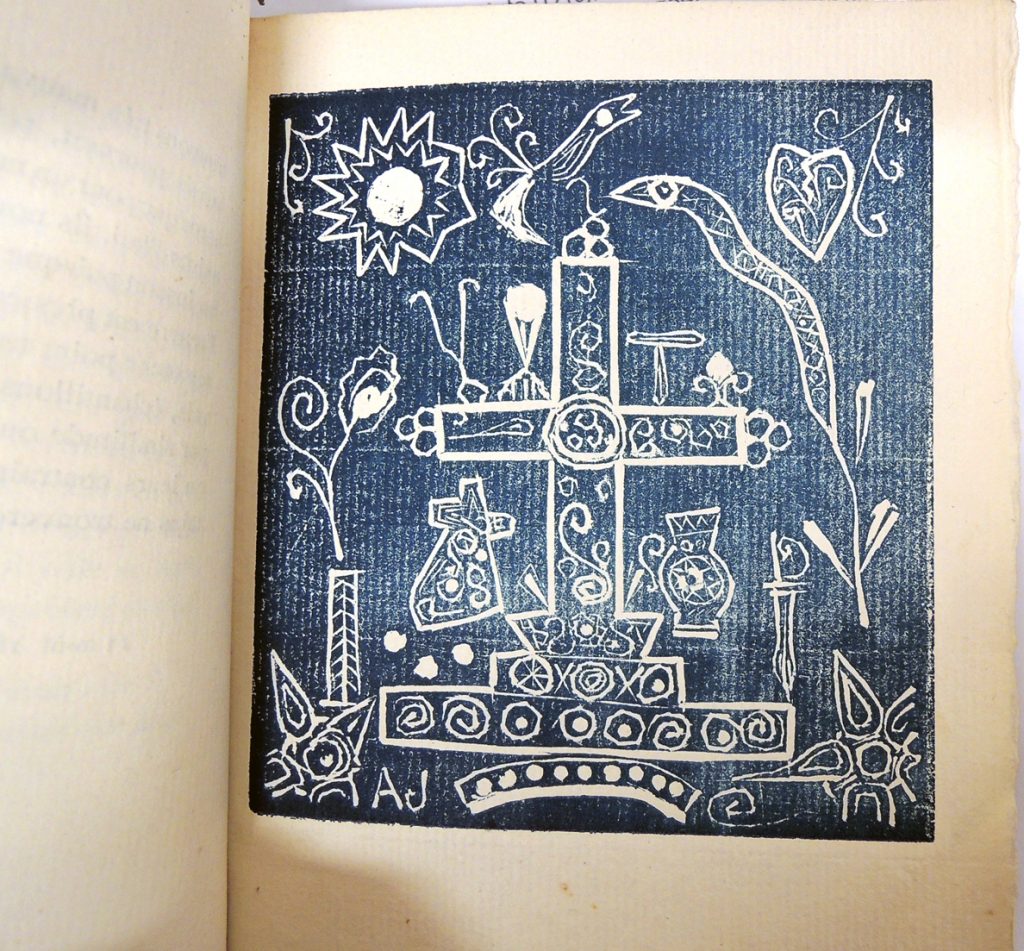 According to Keith Beaumont, “…the prestigious and highly influential Echo de Paris had held a monthly literary competition which offered to aspiring young writers the prospect of four valuable and much coveted prizes of 100 francs each … and a guarantee of publication in the paper’s weekly illustrated literary supplement. Between February and August 1893, Jarry was to win outright or to share five such prizes, with poems or prose texts, which would be republished the following year in his first book, Les Minutes de sable mémorial.” (Keith Beaumont, Alfred Jarry. St. Martin’s Press, 1984) 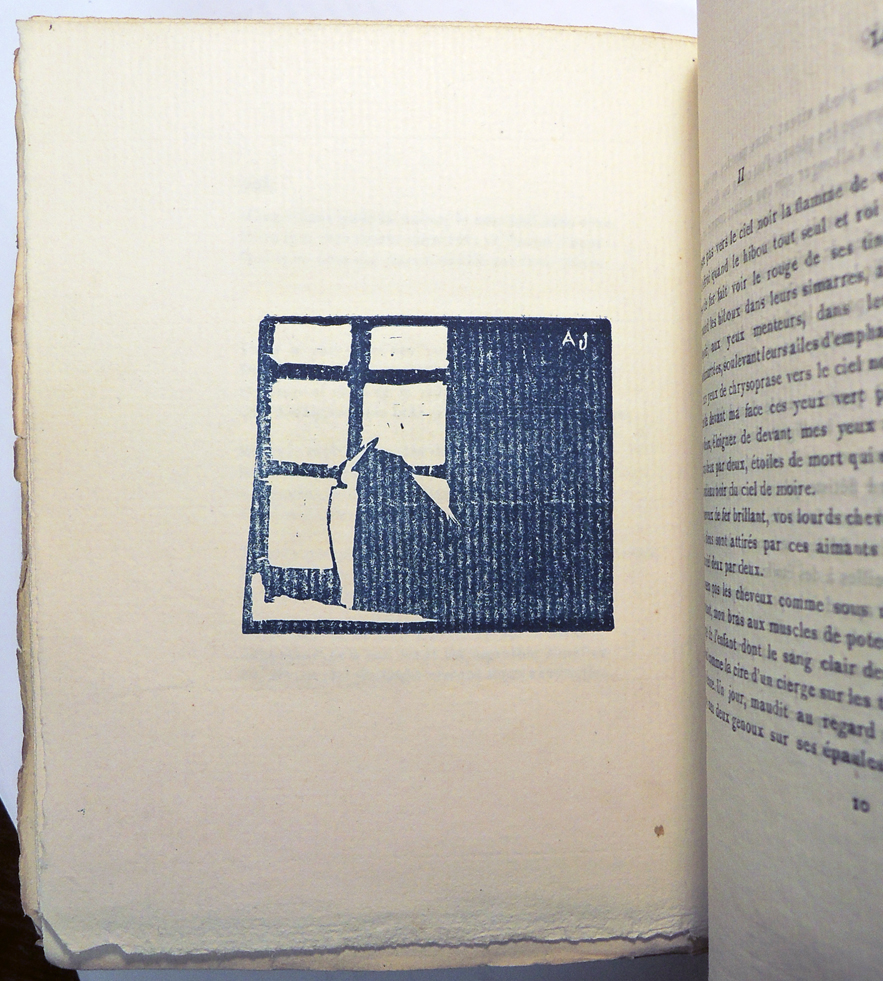 Jarry liked multiple meanings for a single text, exemplified in his title: Les minutes de sable mémorial. Beaumont notes, “Sable refers both to the sand of the sablier or hourglass, which marks the passage of time, and which recurs in the title of the last poem in the volume, and to the term for the colour black in heraldry; and memorial has the meaning of both ‘in memory of’ and ‘of the memory’. The title as a whole therefore refers simultaneously to the passage of time whose ‘minutes’ are here recorded; to the movement of memory; and to the committal to paper of a series of moments of creative activity (‘sable’ referring to the ink-blackened pages) which memory has inspired or, alternatively and simultaneously, which are reproduced here as a ‘memorial’.” 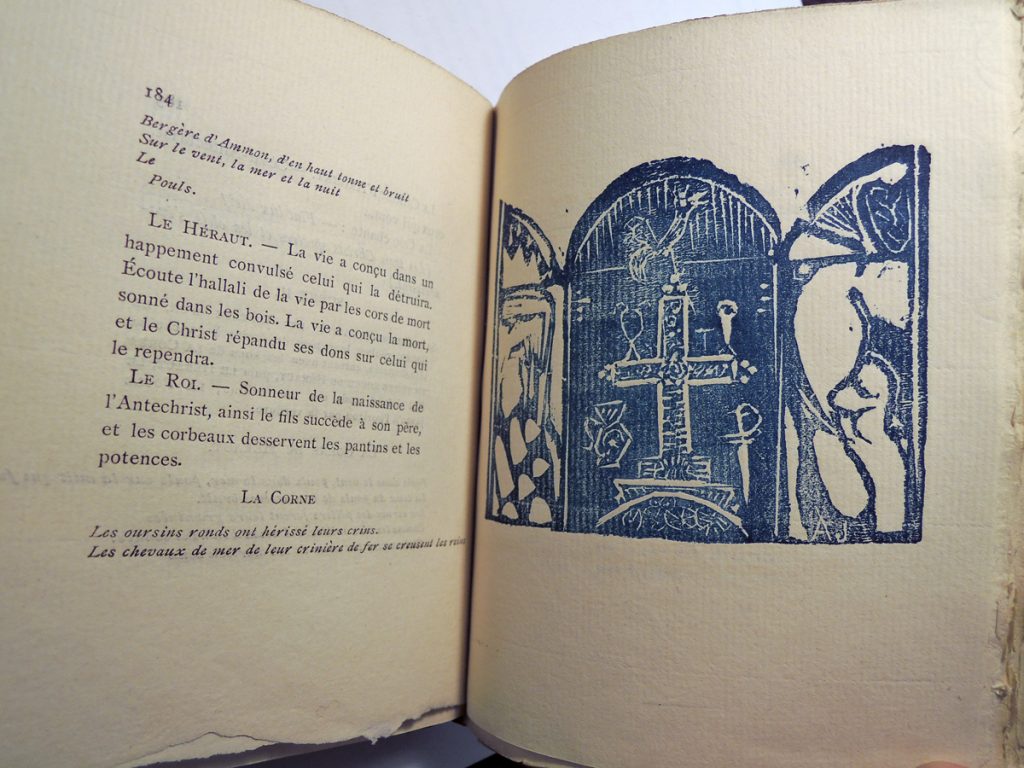 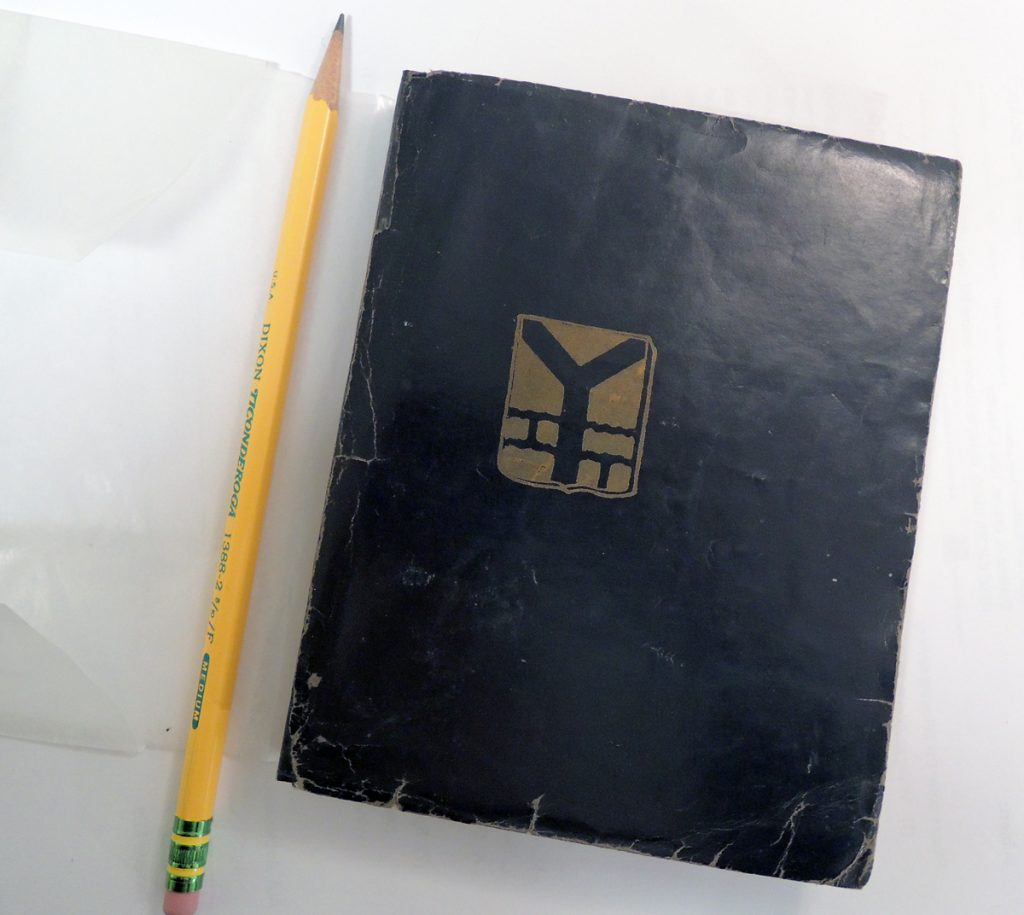 In November 1894, Jarry cut his long hair and enlisted in the 101st Infantry Regiment in Laval. 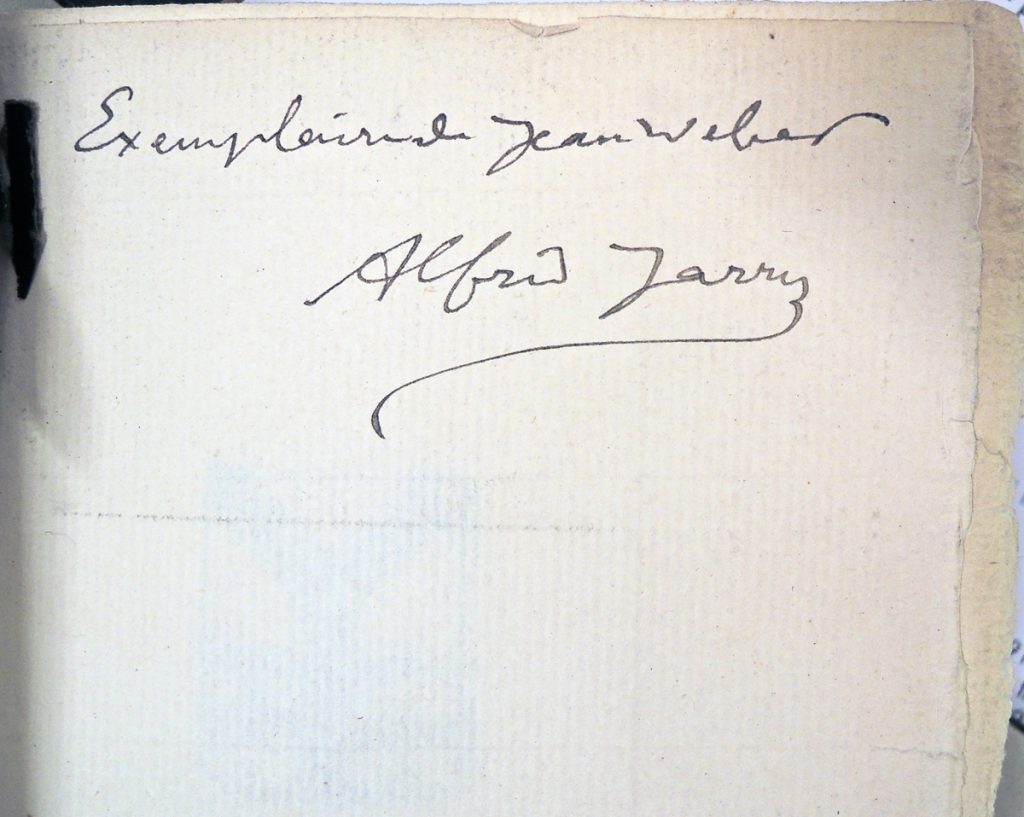 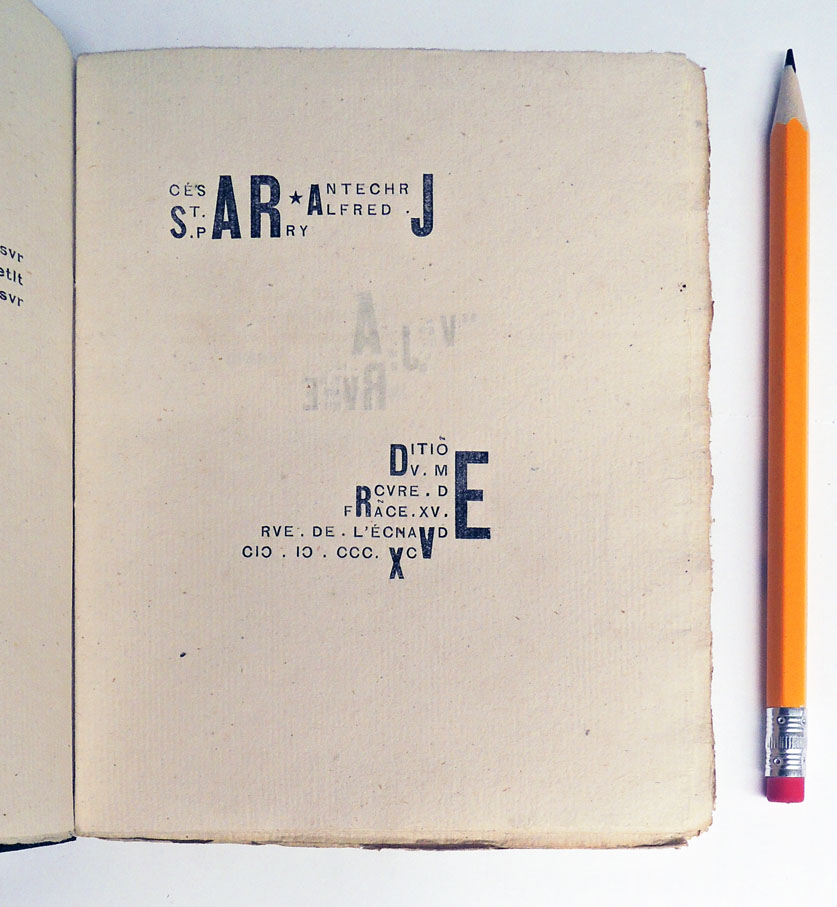