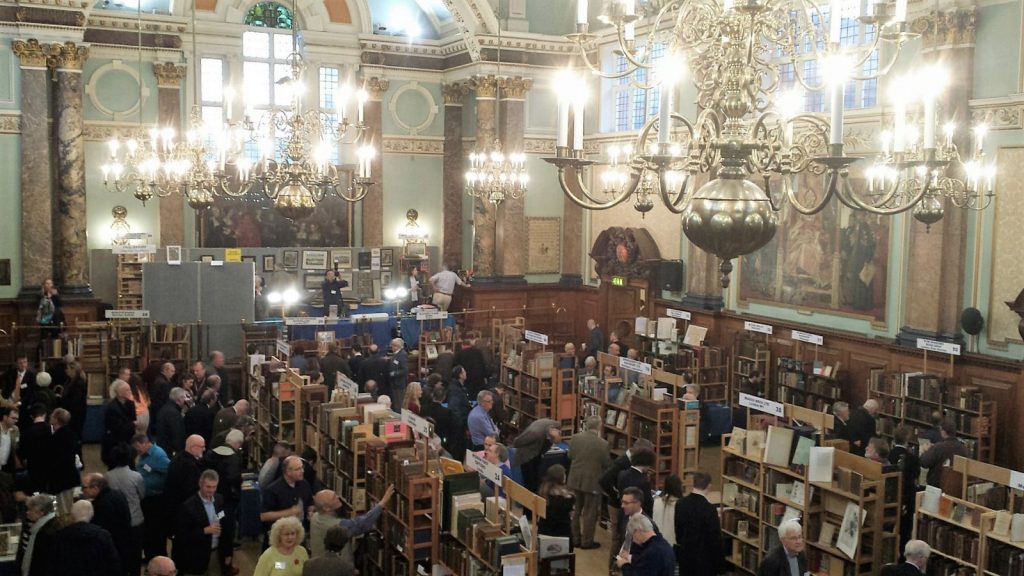 Each fall for the last twenty years, an Antiquarian Book Fair has been held in the historic Chelsea Old Town Hall on The King’s Road. Completed in 1886, the building’s architecture and decoration rival the exhibitor’s offerings for a visitor’s attention. 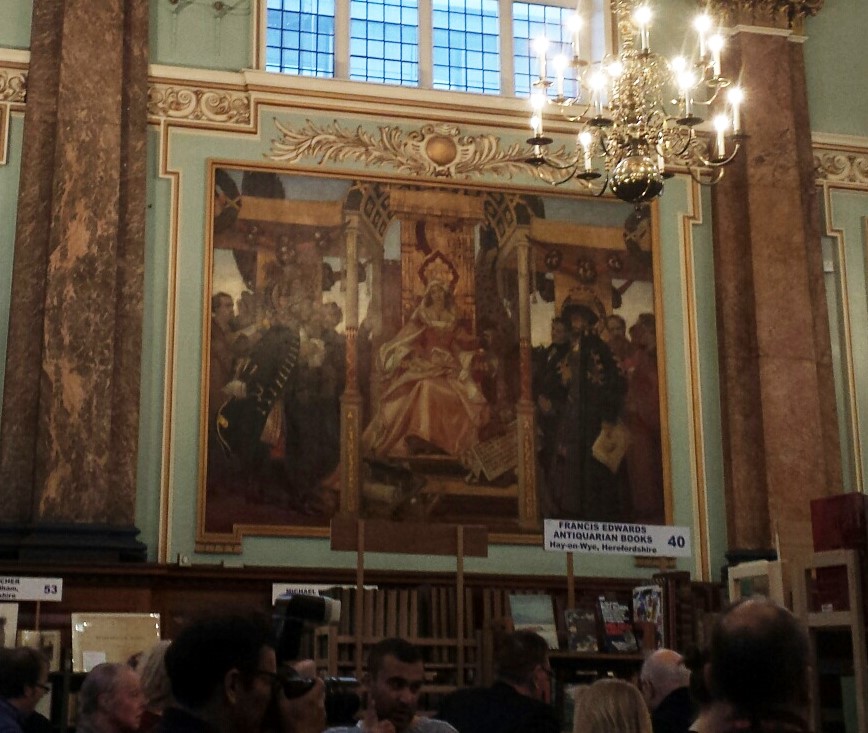 The Chelsea Old Town Hall is at the junction of Sydney Street and the King’s Road, which was just that, Charles II’s private road to Hampton Court. Visitors to the fair walk down a long marble-floored corridor and through carved mahogany doors that open to the grand Main Hall. Topped with a vaulted ceiling, candelabra chandeliers, stained glass windows, and grand marble columns, the Hall features a series of wall murals commemorating celebrities who lived in “the Royal Borough,” including George Eliot, Oscar Wilde, Thomas Carlyle and many others. 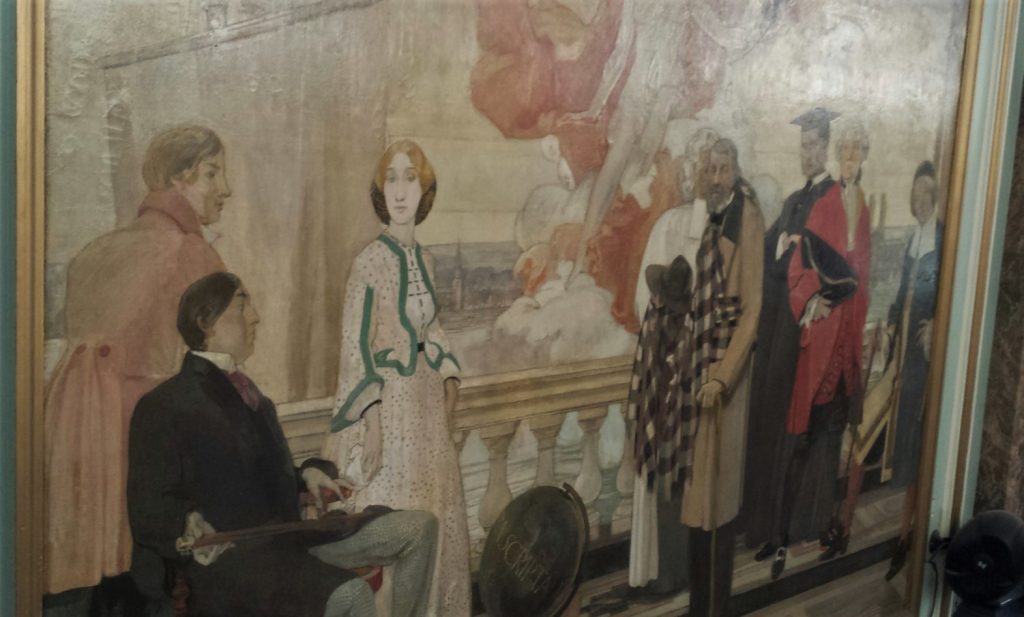 There was no information in the hall identifying the mural artists but according to The Women’s Suffrage Movement: A Reference Guide, having won a competition in 1912, Mary Sargant Florence (1957-1954) decorated in tempera the “Literature” panel in Chelsea Town Hall.” Other sources speculate that Sargant-Florence may have completed more than one work for the Hall. 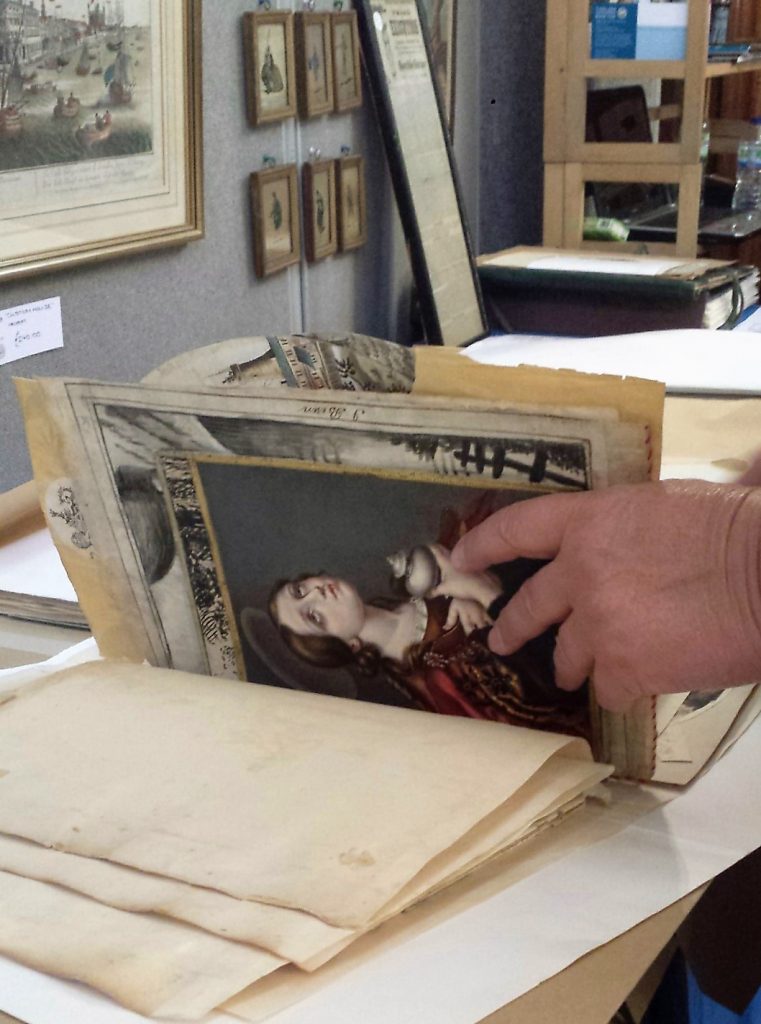 Regardless of the setting, the fair itself is relatively casual, with piles of prints open to anyone willing to pick through them. No wonder long lines stood in the rain this week for the pleasure of attending this fair. 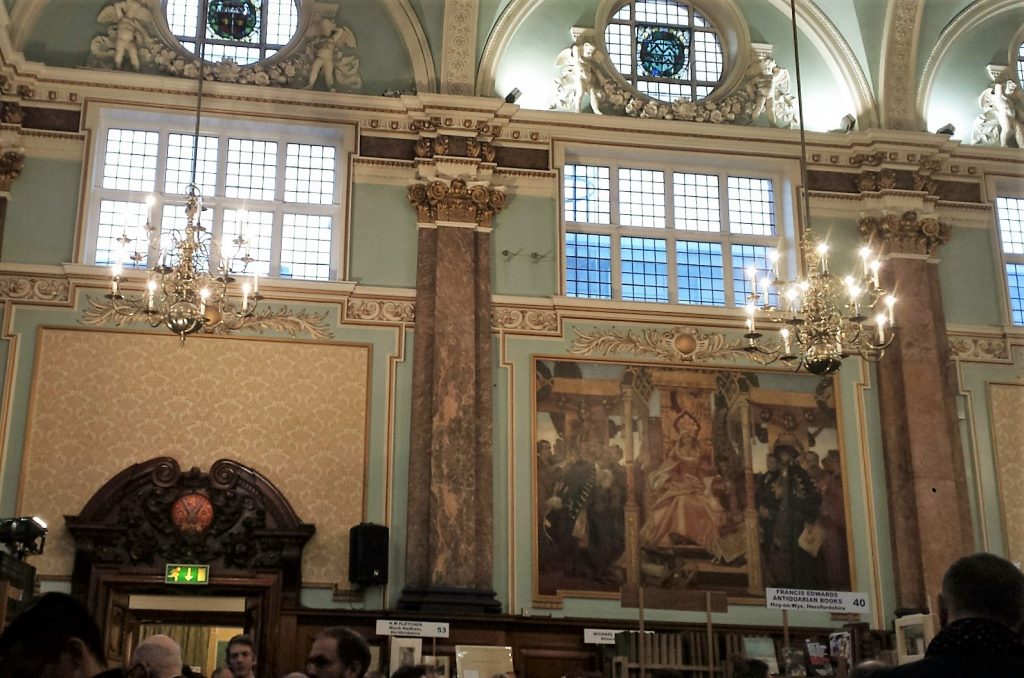