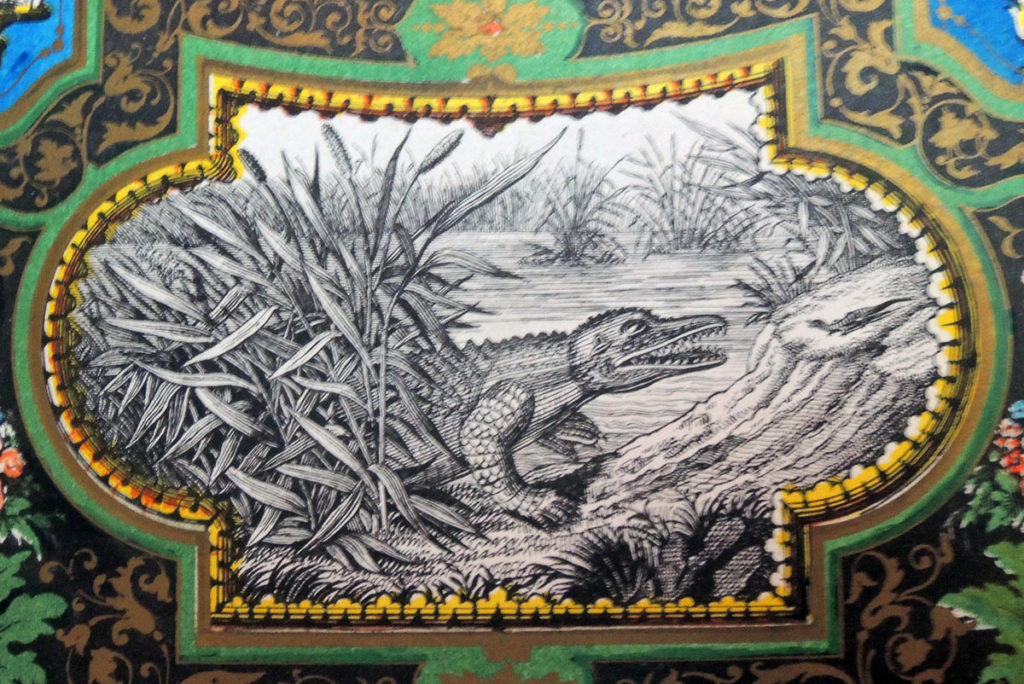 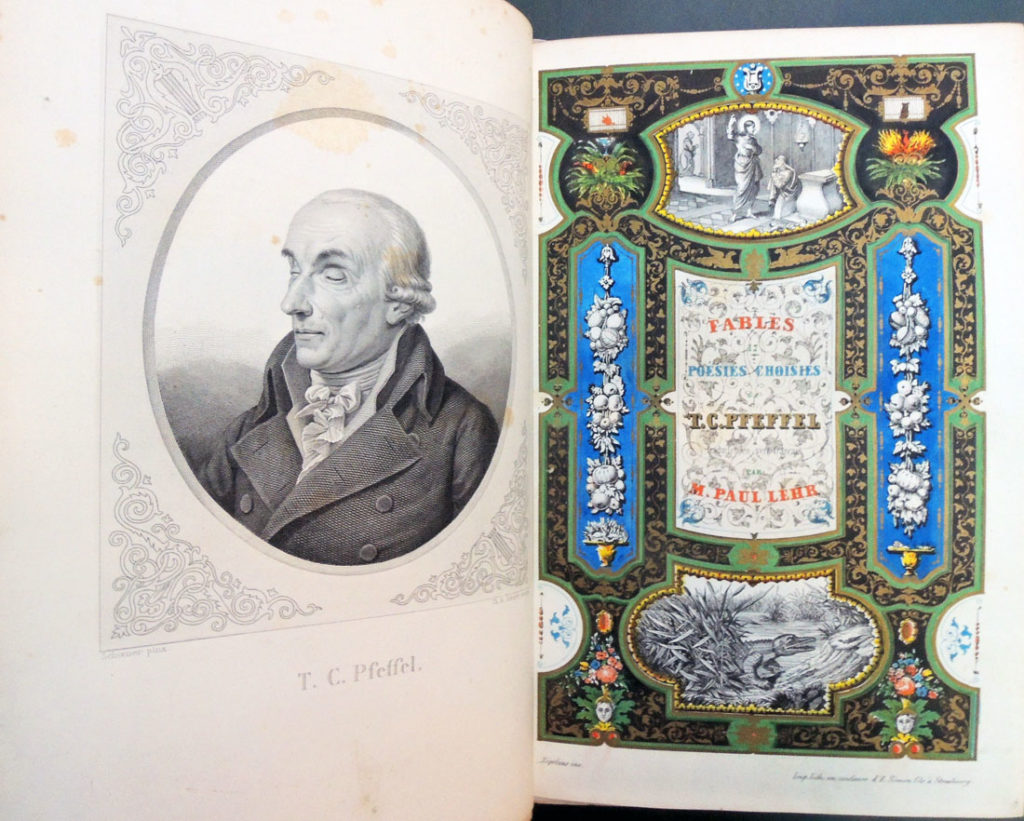 Originally written in German and published as Fabeln und poetische Erzählungen, nine editions of the text were published between 1840 and 1861. Paul Lehr (1787-1865) did the French translation in 1840 for the publishers Sibermann and Derivaus, who paid special attention to the design and printing of this edition. Michael Twyman notes that some of the earliest datable examples of the five-colour method are to be found in this volume.

Georges Zipélius (1808-1890) drew the illustrations and Frédéric-Emile Simon (1805-1886) was responsible for the chromolithographic printing on the title page and on the four chapter or book titles, with text printed by Gustave Silbermann (1801-1876). 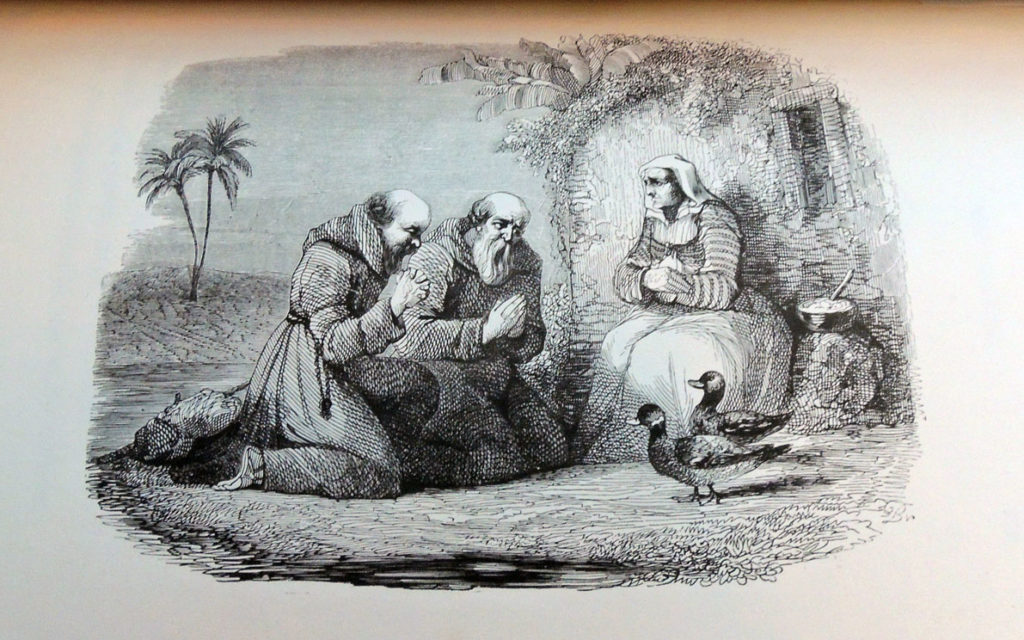 David Whitesell, at the University of Virginia wrote a nice piece on planographic printing found in their collection, commenting

“Printers have long sought to demonstrate and advertise their prowess through specimen work, and lithographers have been no exception. Perhaps the finest early chromolithographic printing was that executed by the Strasbourg firm of Frédéric Émile Simon. During the 1830s Simon teamed with the innovative calligrapher Jean Midolle to issue three extraordinary specimen books . . . [including] Album du Moyen Âge (1836). That many of its plates are heightened with dusted gold, silver, and bronze powders, and even some discreet hand coloring, does not detract from their beauty and technical mastery.” 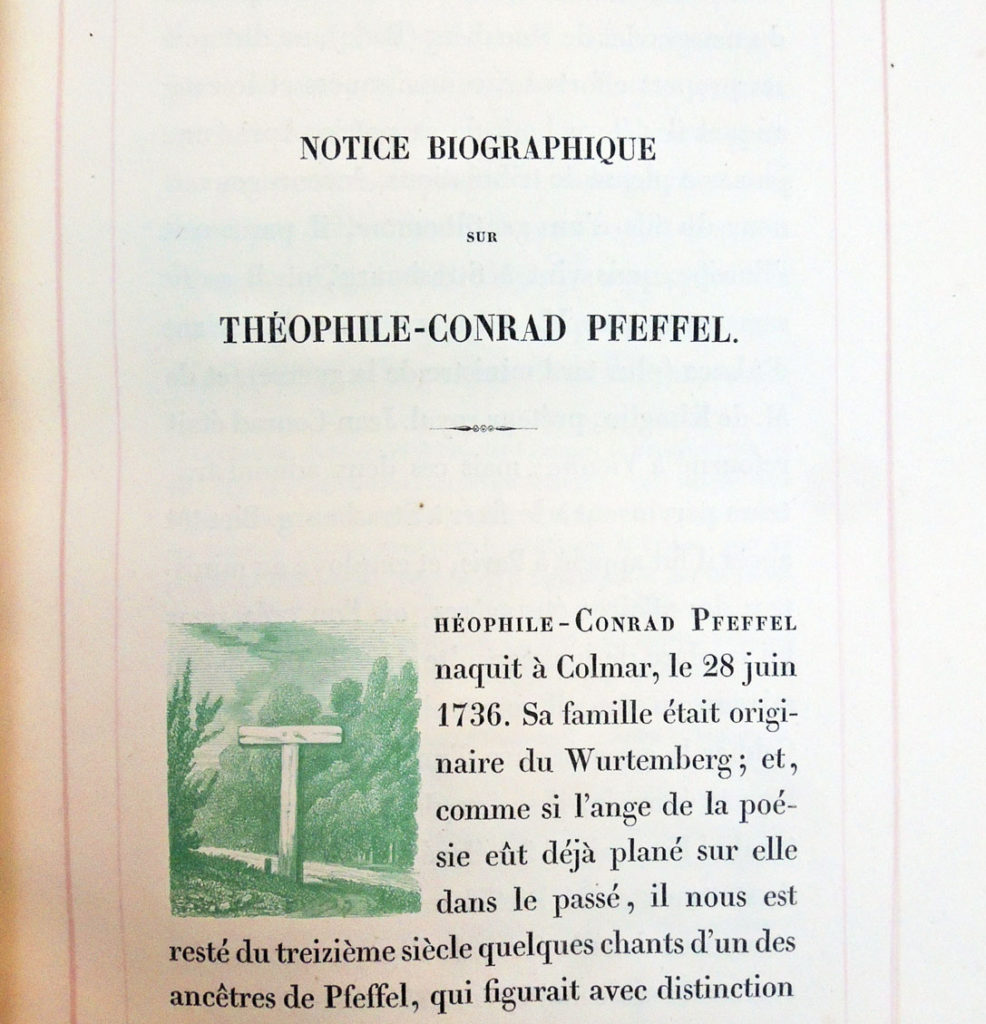 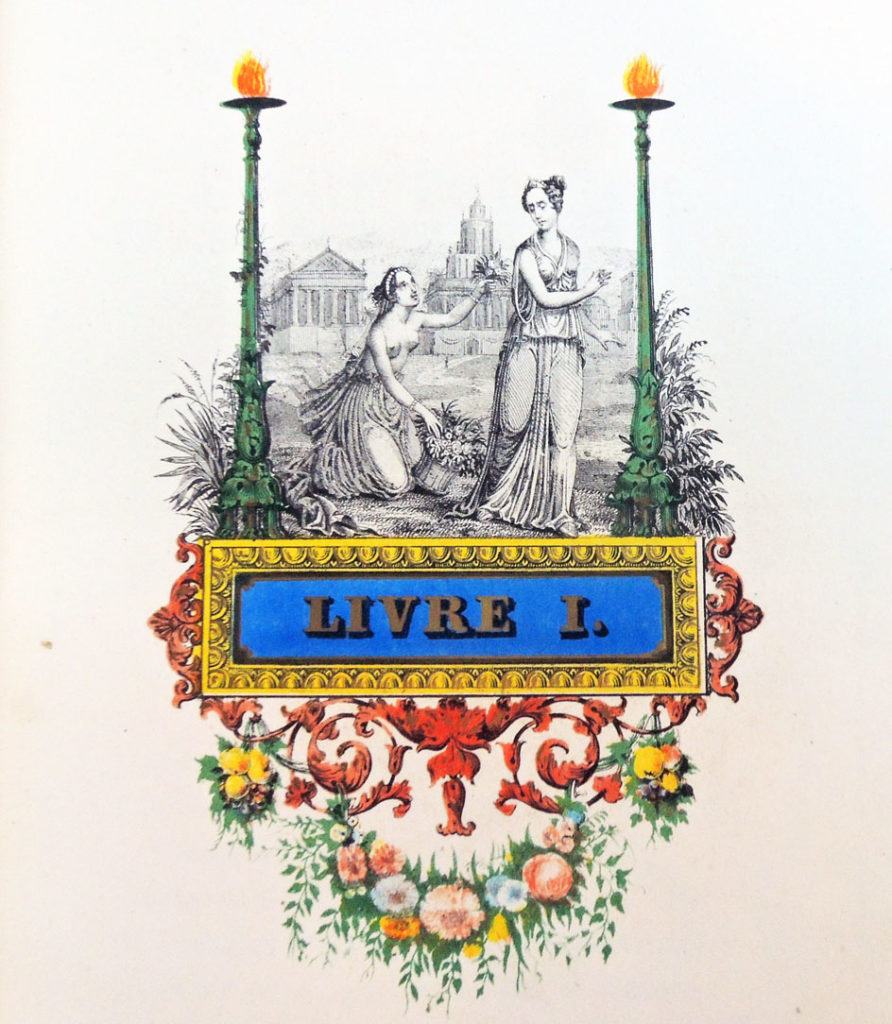 The Young Crocodile and the Lizard

One day a young crocodile, on the banks of the Niger, discovered a lizard; He was going to devour him. “Grace!” said the reptile, “For your cousin.”
“How talkative! You my cousin? Explain the matter to me. – You see in me, my dear parent, A crocodile still child.”
“Indeed, yes, the more I consider you, the more I perceive that we resemble each other; But to dispel my doubts, let us go and find my mother; Quickly, my dear cousin, let us plunge!”
The frightened lizard: “What! you want me to dive? I never supported the water. – Oh! for the blow, all handsome!
“You think I’m imposing it by a rude lie: I’m not your dupe, and I’m going, neighbor, to swallow you!”
At these words, opening his huge mouth, he crunched without pity the alleged cousin.

One cannot always be deceived by appearance.